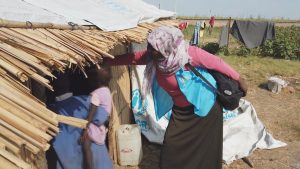 “A displaced persons camp with the same population as Oxford is surrounded on all sides by rising flood waters. Aid workers fear that the mud dikes could soon break, leaving tens of thousands of children in 1.5m deep murky water.” 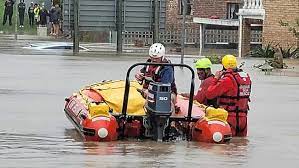 “The Western Cape Disaster Management Centre says it is supporting the ongoing storm in the Southern Cape and that the Garden Route Joint Operations Committee was activated early this morning.” 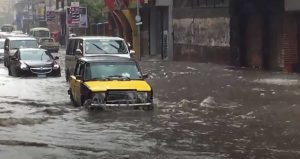 “Alexandria was hit with disastrous rainstorms in 2015, 2019, and 2020, leaving several people dead and many more injured. The 2015 disaster resulted in the resignation of the Alexandrian governor at the time, Hani El-Messeiri.”

“Temperatures are expected to drop across the kingdom in the coming weeks following rain and inclement weather, the National Centre of Meteorology reported. The centre has forecast rain for all regions of the kingdom.” 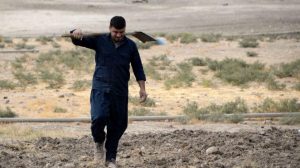 “The Climate Crisis Is Wreaking Havoc on Farmers in Iraq.

“After decades of devastating political instability, Iraq is still in danger. The agricultural workers of the war-torn country have to wrestle with a new and equally destructive force: climate change.” 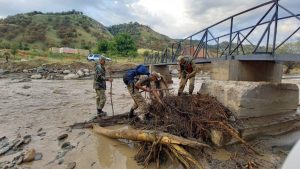 “‘Left With Just The Clothes We Were Wearing’: Devastating Flood Made Kyrgyz Man An Environmental Migrant.

“Medet Askarov left his village in Kyrgyzstan and moved to Moscow with his family after a flood destroyed his home. Many other Kyrgyz have migrated or moved because of severe drought.” 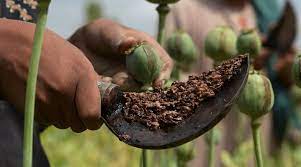 “In Hard Times, Afghan Farmers Are Turning to Opium for Security.

“The war’s intense conclusion and a drought combined to wipe out the famous Afghan pomegranate harvest in Kandahar Province, during a devastating national economic crisis.” 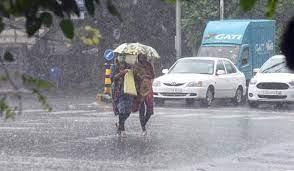 “Goa ( Panjim) received an unprecedented heavy rainfall in the past 24hr. The local weather station measured 121mm rainfall, ending at 8.30am today morning. This is an all time high rainfall in 24hr, beating nearly a century old record of 109mm, witnessed on 06th November 1922.” 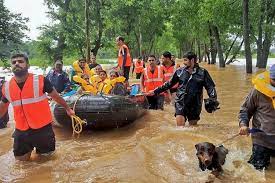 “Climate change is impacting the water cycle and the rainfall patterns, resulting in intense rainfall and associated flooding in some areas and drought in other regions of Karnataka.” 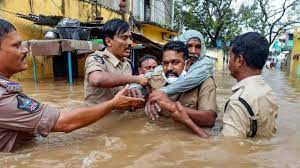 “Scientists have predicted an increase in annual rainfall over a majority of the South Asian region with increased levels of global warming.” 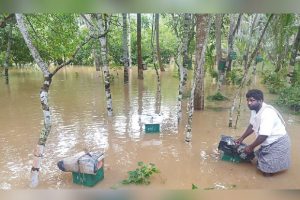 “The devastating floods in parts of Kanniyakumari district destroyed beehives in several honeybee colonies putting livelihoods of many beekeepers at stake. Honeybee farming was a major source of livelihood for people…” 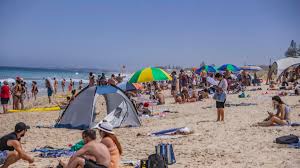 “Parts of Dumbleyung received a whopping 60mm [2.4 inches] of rain in 30 minutes and 62mm in an hour, with Katanning recording 22.6mm… more rain was expected…” 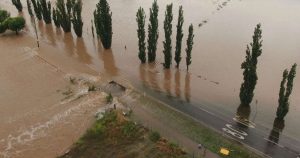 “BOM head of operational climate services Andrew Watkins said the La Niña was “likely to persist until at least January, possibly through the summer as a whole”.” 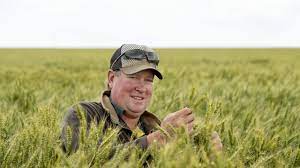 “Just as farmers were set to head into the fields and pull off a bumper harvest, sheets of heavy rain have battered crops across major growing regions in the country’s east, bogging down machinery and raising the risk of hefty downgrades…” 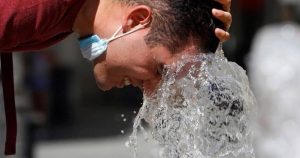 “Heat wave across the country [Argentina]: high temperatures will last all week…

“One month after the start of summer, for this week the National Meteorological Service (SMN) predicted days of surprising high temperatures.” 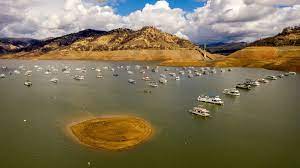 “There’s less than a 40% chance of water supplies getting back to normal after this winter, with a slightly better than 50% chance that the state’s drought will worsen, according to forecasters at a Monday, Nov. 22, drought webinar…@” 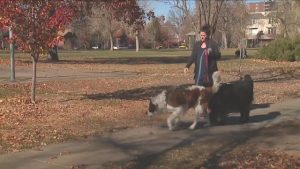 “Since there was no snow through midnight Sunday night, the record has now been broken for the latest first snow ever recorded in Denver.

“And while there is a winter-style storm on the way for later this week, it seems unlikely Denver will get any accumulating snowfall.” 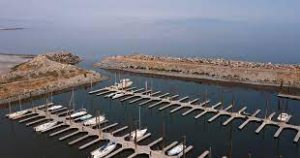 “Despite still being depicted on most maps in its former glory, the lake has shrunk dramatically and now holds only half as much as its historical average, the paper reported.” 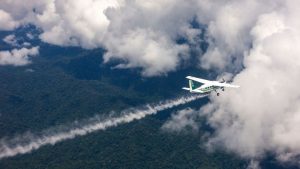 “As the first winter storms rolled through this month, a King Air C90 turboprop aircraft contracted by the hydropower company Idaho Power took to the skies over southern Idaho to make it snow.” 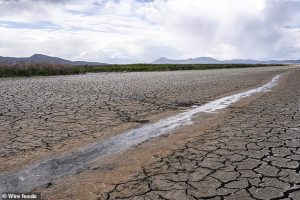 “Climate change fuels a water rights conflict built on over a century of broken promises.

“Extreme drought and wildfires in the Upper Northwest have further imperiled an already fragile Klamath River Basin [Oregon]. Fish are dying from disease that proliferates in warm water and low flows. Farmers don’t have enough water to sustain crops.” 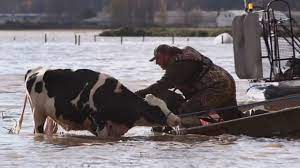 “Just east of the region in Sumas Prairie, one chicken farmer said he left 40,000 of his birds behind after receiving an evacuation order on Nov. 16. His farm is now sunk under six feet of water.” 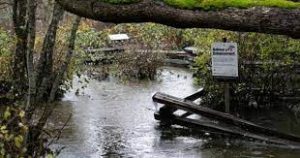 “For B.C.’s salmon, floods represent another challenge to survival…

“Salmon have evolved to withstand floods before, but perhaps not one like this, said Jonathon Moore, a Simon Fraser University biology professor… The main concern, he said, is whether newly spawned eggs could have been washed away — also known as scouring.” 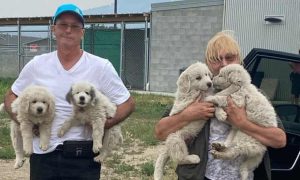 “Floods and wildfires are now normal life in small-town Canada…

“Three of British Columbia’s worst wildfire years have taken place in the last four years, and the widespread floods and mudslides last week took place after roughly a month’s worth of rain fell in a matter of days…” 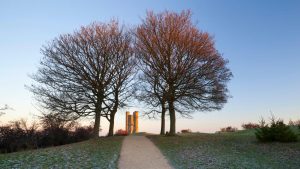 “Autumn is drawing to a cold and frosty end as temperatures take a tumble, several degrees below what is expected at this time of year. The cold has dealt a final blow to many trees that had managed to cling on to their last leaves and now the landscape looks naked…”

“AWS says: “Together, these challenges make our region particularly vulnerable to the impacts of climate change, including drought and flood… “Our region is officially classed as ‘water stressed’…” 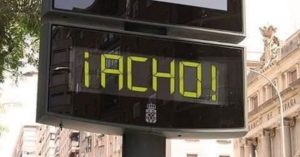 “The average temperature has already risen 1.7 degrees in Extremadura [Spain] due to climate change…

“Spain is actually better off than the rest of Europe, where the average increase is 2.2 degrees, according to the latest report on the state of the climate in Spain from the Aemet (the State Meteorological Agency).” 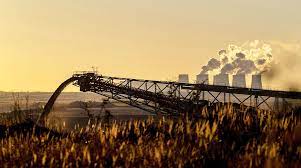 “Europe is growing increasingly reliant on coal to keep the lights on as the weather turns cold, sending the cost of polluting to a record. Carbon prices exceeded 70 euros for the first time ever as utilities turn to the dirtiest of fossil fuels.” 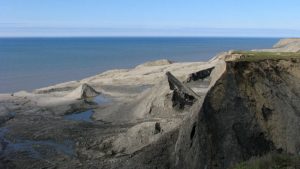 “Russia is losing increasing amounts of its Arctic coast each year as climate change accelerates natural erosion processes, a phenomenon that could catalyze new ecological disasters, scientists have warned.” 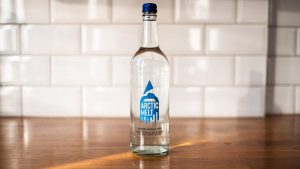 “I Drank Dying Glacier Water, and All I Got Was a Deeper Feeling of Dread.

“We’ve reached the point where the collapse of the Arctic biosphere is available for consumption. It’s a heady feeling to hold death in your hands.”

“… life in Antarctica evolved in isolation, with flora and fauna that commonly exist nowhere else and can cope with frigid conditions. But the simplicity of Antarctica’s food webs can often mean there are gaps in the ecosystem that other species from around the world can fill.”