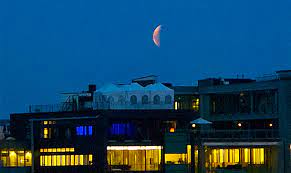 “Warmest night in Denmark so late in the year and also very warm in Scotland with Aberdeen recording a summerlike minimum of 14.0C [57.2F].”

“Last night was the warmest ever recorded [in Denmark] so late in the year, since temperatures started being registered back in 1874. 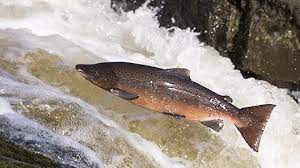 “Scotland’s wild salmon crisis: Why warming rivers and hydropower could be to blame for ‘devastatingly’ low stocks.

“… the last few seasons have been among the worst in living memory. The Atlantic salmon that once crowded these waters [River Spey] have nearly disappeared.” 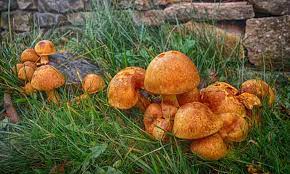 “The UK is having a bumper year for mushrooms due to the warm, damp weather, says scientists, with an increase in the number of rare and unusual species identified.” 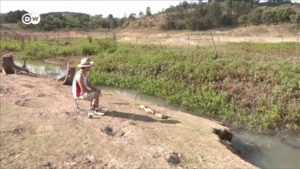 “Intensifying heatwaves and water shortages are forcing Spanish farmers to rethink how and what they grow. While some eye short-term profits, others are opting for sustainable ways of coping with climate change.” 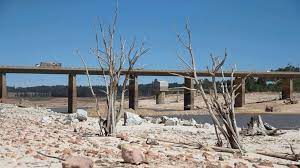 “The emerging reality for many residents in small towns, rural areas and cities, is that their own Day Zero is looming — or is already here… As a water-scarce country, South Africa is facing a myriad of complex water problems…” 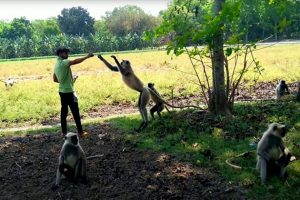 “Deprived of habitat and food in sanctuaries due to deforestation, gangs of monkeys threaten livelihood of farming community… the monkeys who are usually moving in groups of 20-30 invade farms and leave hapless farmers watching as they destroy crops.” 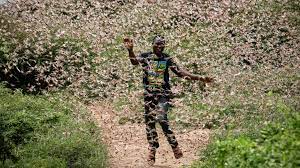 “How locust swarms ‘the size of Luxembourg’ are plaguing East Africa.

“In 2018, two unusual cyclones – linked to climate change – deposited rain in the remote Empty Quarter of the Arabian peninsula, which led to an 8,000-fold increase in locust numbers there. In 2019, strong winds blew the growing swarms first into Yemen, then across the Red Sea into Somalia, Ethiopia, Eritrea and Kenya…” 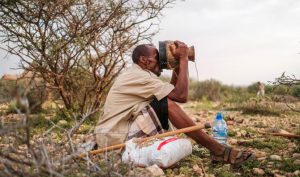 “The Horn of Africa is now “on the verge of a fourth consecutive failed rainfall season”, according to a joint statement by the Office for the Coordination of Humanitarian Affairs and the Somali government released late on Thursday.” 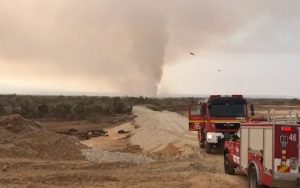 “A major fire broke out near the Israel-Jordan border on Thursday morning, with Israeli officials warning it was out of control, moving quickly and threatening a gas pipeline.

“In a statement, the Israel Fire and Rescue Services said firefighting teams were battling the blaze near moshav Ein Tamar, south of the Dead Sea.” 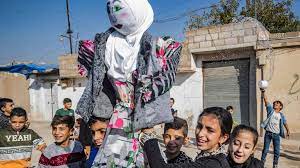 “The “Bride of the Rain” ritual, practised for centuries by the region’s Kurdish community, is traditionally performed during winter to ward off drought… After largely dying out in recent decades, the custom has re-emerged as drought-hit residents of Syria’s northeast grapple with a growing climate disaster…” 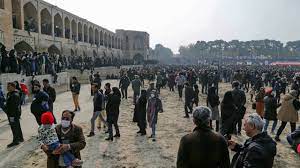 “The massive protest, that drew in farmers and other people from across Isfahan province, was the biggest since demonstrations over the water crisis started on November 9.” 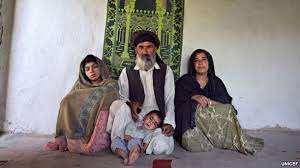 “In Afghanistan, climate change drives an uptick in child marriage.

“…without the ability to provide for Shukria and her sister, Rabia said she had no other choice. “It was either her marriage or our funerals.”” 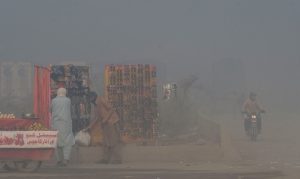 “‘We thought he had Covid but it was smog’: Life in polluted Pakistan.

“Red-eyed residents cough, everything smells of smoke, and cars shine their headlights in the middle of the day. Smog has again blanketed Pakistan’s Lahore, and its citizens are becoming desperate.” 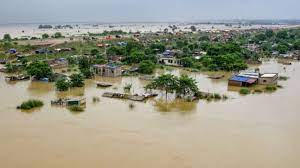 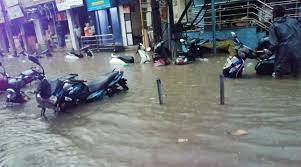 “…there are still about 2 weeks to go and therefore a fair chance to reach or cross this magic figure of 297mm /11.7 inches [which is the monthly record for November]. 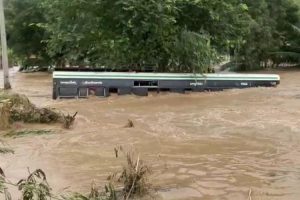 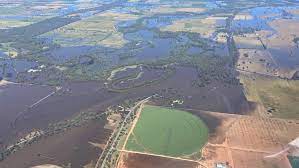 “Extent of massive inland NSW flooding [Australia] revealed from the air — and more rain is on the way.

“with more rain forecast, this flood may not be over. Satellite images taken by the European Union’s Copernicus Sentinel-2 show the water slowly creeping across the region, even though the rainfall that began this disaster fell a week ago.” 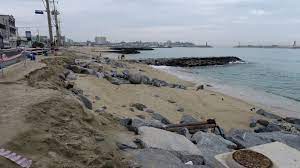 “Choi Jong-min, who runs a guest house at Sacheonjin beach, was shocked when high waves washed away major portions of the beach this year, including during a typhoon in August.” 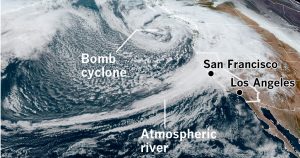 “60-Foot Waves Exploded off the [US] Pacific Coast During October’s Bomb Cyclone.

“The bomb cyclone and atmospheric river that pummeled Northern California in late October produced exceptionally heavy rain and high winds. But it also battered the California coast with some epic ocean waves.” 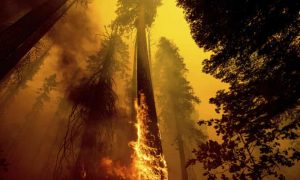 “US wildfires have killed nearly 20% of world’s giant sequoias in two years.

“Lightning-sparked wildfires killed thousands of giant sequoias this year, adding to a staggering two-year death toll that accounts for up to nearly a fifth of Earth’s largest trees, officials said on Friday.” 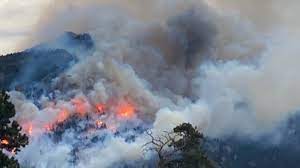 “‘We are struggling’: US mountain states battle wildfires despite impending winter.

“Wildfires spread by strong winds tore across Wyoming, Montana and Colorado, rocking the mountain states even as they prepare for winter.” 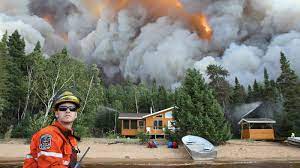 “The wildland fire season officially came to a close on Oct. 31 and one thing is clear — 2021 was the worst fire season ever recorded in Ontario.”

“Southern Ontario farmers are sending shipments of hay to their agricultural peers in Saskatchewan… The major drought in Western Canada has left farmers without enough hay for winter.” 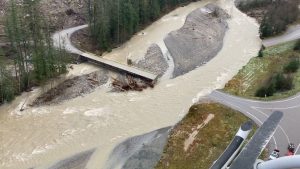 “Canada’s west coast is reeling from catastrophic flooding after a major storm destroyed roads, houses and bridges in what may be the costliest natural disaster in the country’s history.” 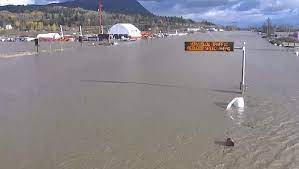 “Petroleum slicks, human and animal waste, deceased animals and garbage. All this and more have been spotted floating in the water by volunteers working to salvage B.C. homes and communities flooded after the recent catastrophic storm.” 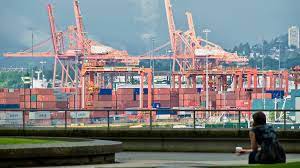 “Mountains of wheat and canola are stranded in Canada after storms blocked access to the Port of Vancouver during peak shipping season. There’s no rail access to Canada’a biggest port after days of torrential rain and landslides.” 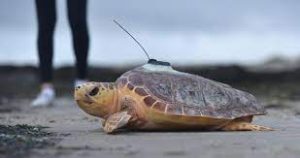 “No surprise, since the Northeast just experienced its warmest October in recorded weather history with an average temperature of 55.9 degrees.”

“A new data-model study led by the University of Bonn (Germany) now shows that it took only a decade to initiate this tipping point in the climate system, and that ice mass loss continued for many centuries.”