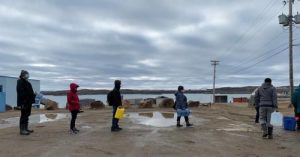 “Nunavut declares emergency in Iqaluit… More than 30,000 litres of bottled water arrived in Iqaluit, Nunavut’s capital city Thursday after the government declared a state of emergency due to an evolving water crisis…

“On Tuesday, the city warned residents not to drink the tap water after a fuel-like smell was detected at the water treatment plant… the water source is potentially tainted with petroleum…

““The area at the water plant that’s been identified as a potential cause of the problems we’re facing now is built underground, initially in permafrost. That permafrost is melting and all of our pipe infrastructure is now in the active layer, so it’s subject to heaving and moving in the ground that wasn’t really designed for,” he explained.

““So, our pipes are breaking off from access faults and snapping and breaking all winter.” 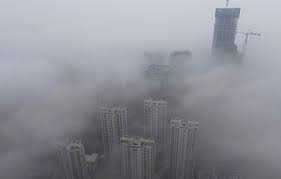 “Smoke from smouldering peat bogs around Yekaterinburg reached the largest city in the Urals on 11 October – and has intensified since, despite the firefighters working to extinguish the fire.” 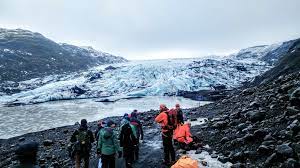 “Sólheimajökull glacier in Mýrdalur, Iceland, has withdrawn by eleven meters from last year…

“Hvolsskóli’s students have been observing the melting process since 2010… the glacier’s border has withdrawn 408 meters since 2010.” 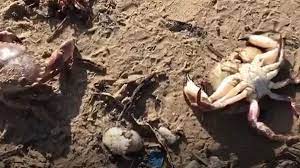 “A spokesperson for the Environment Agency said: “We are working… to investigate why hundreds of dead crabs have washed up along the shore in the Tees Estuary and neighbouring beaches.” 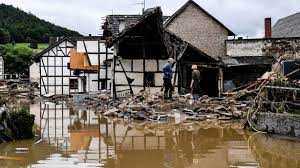 “The body of a woman reported missing in deadly floods that struck western Germany in July has been found in Rotterdam, likely transported by the Rhine river 300 kilometres across the border, according to German police.” 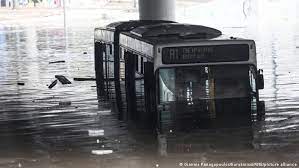 “Torrential rain flooded rivers, roads and homes across Greece, many parts only just recovering from summer wildfires, prompting hundreds of calls for help to rescue people and pump out water.” 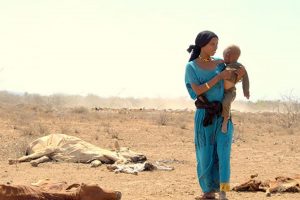 “This is the second consecutive season the rains have failed in northern Kenya, a semi-arid part of the country, unlike the more fertile and greener south. The lack of rain means 2.4 million people in the region will struggle to find enough to eat by November…” 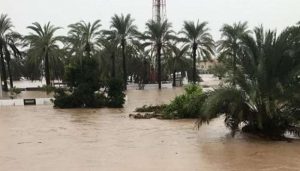 “Do not use well water in cyclone-hit areas, advises Oman authority.

“The Food Safety and Quality Centre warns to avoid using well water for drinking or domestic use in the affected areas due to the possibility of contamination caused by cyclone Shaheen in the form of floods. Examining the water is necessary to ensure that it is free of contamination.” 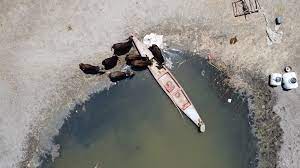 “Iraq’s 2020-2021 rainfall season was the second driest in 40 years… Another drought is predicted for 2023 as climate change, pollution and upstream damming keep Iraq trapped in a cycle of recurring water crises.”

“Cherrapunji (locally known as Sohra), India, is famous for its heavy rains. At 1430m asl 30C is very rare there. 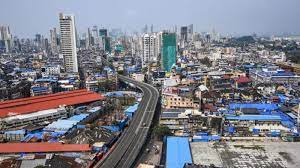 “Maximum daytime temperature in the city touched a season-high on Friday, settling at 36.4 degrees Celsius at the India Meteorological Department’s monitoring station in Santacruz. This surpasses this month’s previous record of 35.8 degrees Celsius on October 7.” 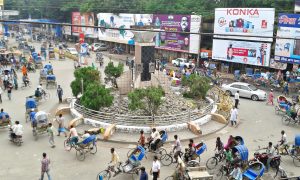 “The capital Dhaka, along with most stations, also had its October hottest day ever with 37.4C.” 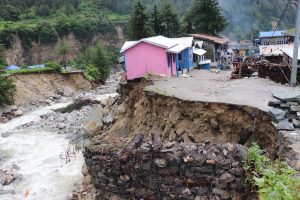 “Himalayan floods a sign of worse to come… Usually an arid region, Nepal’s Manang district was hit this year by never-seen wildfires and floods.

“Its average annual rainfall is barely 300mm [12 inches], but it got nearly double that rain in just one week in June. The region had seen a seven-mount winter drought, and was ravaged by wildfires this spring that burnt for three months. Then came the monsoon…” 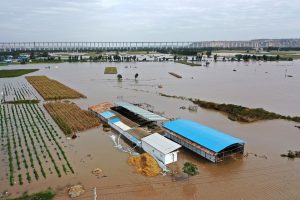 “Rare floods ravaged areas along the middle and lower reaches of China’s Yellow River in September and October as heavy rain not seen in decades hit the region this autumn, National Climate Center said on Thursday.” 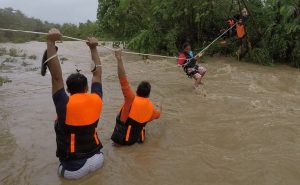 “Majority of those who died were due to flashfloods in Ilocos Sur at 14, and landslides in Benguet at nine. The others were in the following provinces: Cagayan, two; Palawan, four; and Pangasinan, one.” 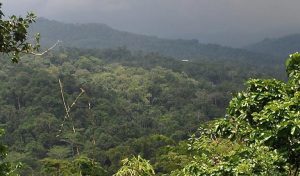 “A proposed conservation area in northwestern Papua New Guinea has experienced a substantial surge in deforestation-related alerts, according to satellite data from the University of Maryland.” 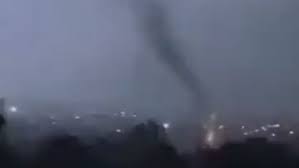 “Emergency services received more than 120 calls for help in the northern tablelands city after cars were flipped, roofs were ripped off and power lines and trees fell, leaving thousands of homes without power.” 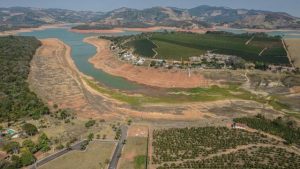 “A weather-roiling La Niña appears to have emerged across the equatorial Pacific, setting the stage for worsening droughts in California and South America and greater risks for the world’s already strained energy and food supplies.” 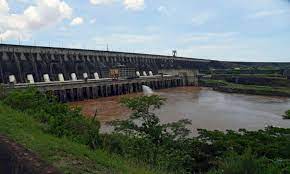 “The gigantic Itaipu hydroelectric dam straddling the Brazil-Paraguay border is feeling the heat of Brazil’s worst drought in nine decades.

““We do not expect the crisis of lack of water to be solved before 2022. We will start the year in a rather complicated situation,” Hugo Zarate, the plant’s superintendent told The Associated Press. That’s devastating for a country where hydroelectric generation accounts for about two-thirds of total installed capacity…”

“Brazilian artist Mundano has used ash from the burned Amazon rainforest to create a street mural in Sao Paulo of a firefighter standing amid deforestation, fires and dead animals. “I’m using evidence of the crime,” said Mundano…” 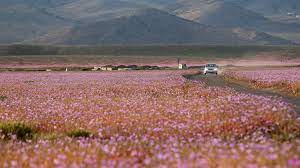 “Scientists warn that climate change, associated in South America with declining rainfall, could consign the flowering to memory. This year’s bloom “was more localized and less intense” than previous one, La Serena University’s Andrea Loayza said.” 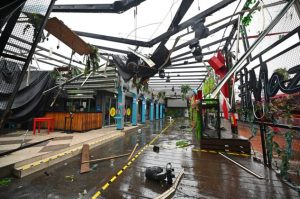 “Parts of Texas were hit hard Tuesday night into Wednesday by Pamela, the latest in a long line of tropical systems…

“It is “pretty unusual for Pacific tropical systems to drive moisture into Texas and beyond,” AccuWeather Senior Vice President Jon Porter said. He added that events like this have happened only a few times over the past 75 years and are often associated with serious flash flooding.” 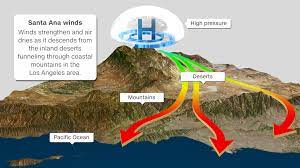 “After the hottest and driest summer in California history, and a September that was Los Angeles County’s driest ever, concerns are high that Santa Ana wind season could significantly worsen what has already been a disastrous fire year.” 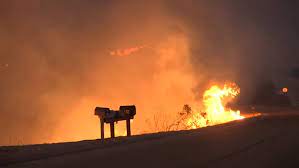 “The wildfire started on Monday in the Santa Ynez Mountains and has now burned its way south over 16,901 acres to the ocean by Thursday night. At least 1,731 firefighters have been battling the fire, which is now 41 per cent contained.” 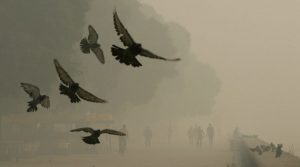 “Wildfires have increasingly coincided with the beginning of fall migration for many bird species. This greater frequency of fall wildfires is thought to be primarily the result of frequent drought conditions and climate change.” 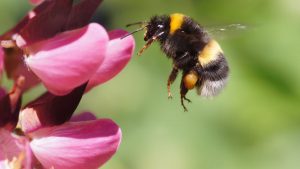 “American bumblebees have disappeared from these 8 states. Now they could face extinction. 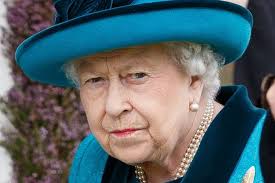 “She said: “Extraordinary isn’t it. I’ve been hearing all about Cop …still don’t know who is coming. No idea. “We only know about people who are not coming … It’s really irritating when they talk, but they don’t do.””