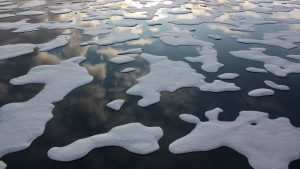 “A new study out of Columbia University determined that summer sea ice in ‘the Last Ice Area’ now covers half the space it did 40 years ago. [Their projections seem crazily optimistic to me but then it’s par for the course for climate scientists to be constantly startled by events unfolding faster than anticipated.]

“The 1,200-mile region north of Greenland and the Canadian Arctic archipelago has historically been covered in ice year-round, but rising temperatures fueled by climate change are causing even this remote region to melt during the summer.” 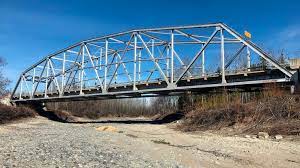 “In Alaska, bridges face a unique and growing set of problems as the planet warms. Permafrost, the frozen ground beneath large parts of the state, is thawing with the changing climate, and that’s shifting the soil and everything on it.” 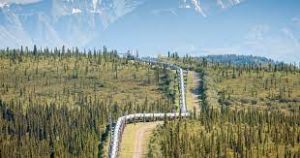 “Trans-Alaska Pipeline faces increasing threats from floods. Is there a long-term solution?

“…The 4-foot-diameter pipe carries an average of 20 million gallons of crude oil a day from the Prudhoe Bay oil fields, and if floodwaters reached a buried section of pipeline at full strength, the force would buffet the pipe like waves slapping a sailboat on stormy seas.” 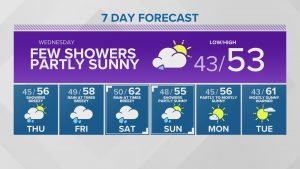 “According to the National Weather Service, Tuesday’s average temperature of 43 degrees marked the coldest day Seattle has ever seen in the first two weeks of October…

“This marks the latest in a series of extreme weather events in the Puget Sound region in 2021.” 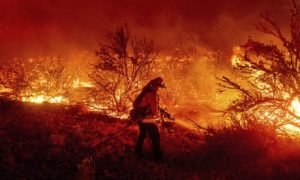 “A wildfire raging through southern California coastal mountains threatened ranches and rural homes and kept a major highway shut down on Wednesday, as the fire-scarred state faced a new round of dry winds that raise the risk of infernos.” 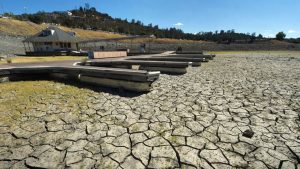 “California has experienced its driest summer since 1895, highlighting the difficult summer the state faced with fighting wildfires.

“The Palmer Drought Severity Index said for the months of July, August and September the monthly average dryness was -6.8, the San Francisco Chronicle reported.” 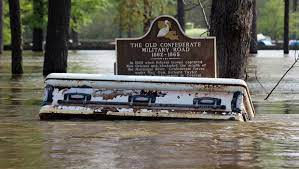 “Hurricane Ida continues to cause pain and destruction a month after hitting Louisiana, moving caskets and buried loved ones to be rediscovered and identified.” 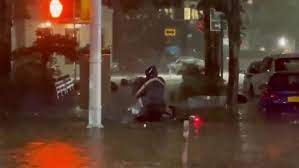 “Facing floods and fires, undocumented immigrants [in the US] have nowhere to turn for help…

“…the New York program is the first time a state or the federal government has invested in supporting undocumented immigrants after a disaster. This reality has left millions of people across the U.S. in a state of “hyper-marginalization…”” 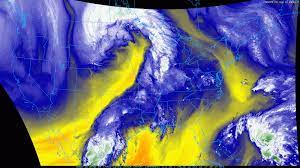 “An active jet stream is slicing across the center of the country and bringing a wild clash of the seasons, with unseasonable warmth in the East and a frigid taste of winter in the West.

“Parts of the Rockies are being buried beneath feet of snow, while a renewed dose of summer spreads over the Mid-Atlantic, Southeast and New England.” 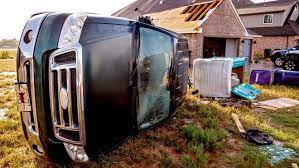 “[And very unsettled weather down the middle:] Tornadoes touch down in Oklahoma, Kansas as storms batter Midwest; one was ‘multi-vortex’…

“Multiple tornadoes touched down in Oklahoma and Kansas late Tuesday into Wednesday after days of violent weather damaged homes and businesses and knocked out power to thousands of people.” 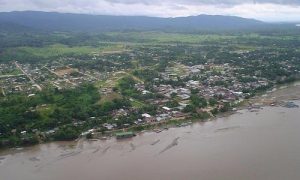 “Temperatures are hovering around record levels in the Peruvian Amazon. 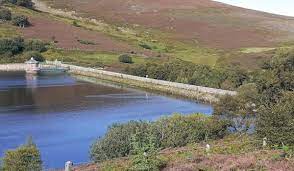 “In these topsy turvy times, when little feels as it should, southern England has had a lot of rain this year and Scotland now has water supply concerns.” 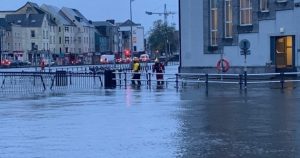 “What was “likely” just a few years ago is now “virtually certain”, to the point where UN secretary general António Guterres called the latest AR6 report “A code red for humanity”.” 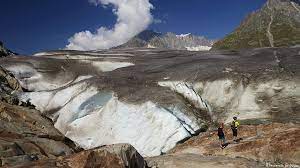 “Glaciers are losing mass faster and faster due to climate change… 20 years of measurements show accelerated retreat – even after wet and cooler summer.” 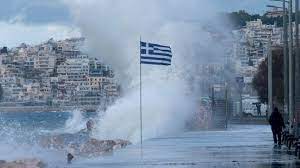 “Less than a week after the storm called Athena hit Greece, a new weather front code-named Ballos, is expected to worsen weather conditions on Wednesday night. The storm will produce heavy rainfall, thunder and lightning and sharp drops in temperature across the country.” 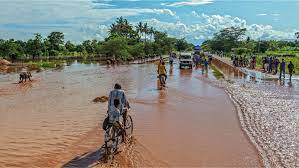 “There is an urgent need to provide household kits and shelter items to the affected communities to support with immediate household needs. Water facilities have been destroyed which has possessed a risk of water-borne diseases such as cholera and typhoid.”

“Another record in Botswana: Tubu at 1100m asl recorded 43.5C [110.3F] which ties the national monthly record of highest temperature, which was set at the same place just…last year.

“Intense heat will move east next days towards Zambia, Zimbabwe and Mozambique.” 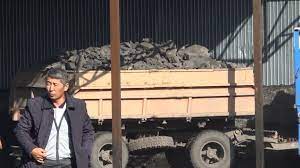 “Kyrgyzstan is forcing homes and businesses to go back to using coal as a severe drought has reduced output at the country’s lone hydroelectric plant, which usually produces 40 percent of the country’s electricity.”

“Yesterday 37.2C at Sylhet is only 0.2C from the national October record of Bangladesh. Dew points reached deadly 30C+.” 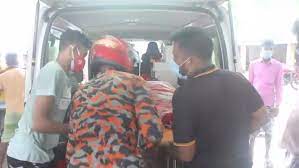 “Lightning strikes have killed no fewer than 2,800 people in the last 11 years in Bangladesh, according to government data… There is a correlation between thunderbolts and temperature, according to a study published in 2017.”

“A total of 89 sites were ‘critically damaged’, meaning they had major structural issues; while 750 sites were ‘relatively seriously damaged’. Many of the sites date back hundreds or even thousands of years…” 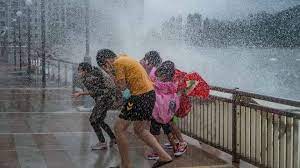 “A 31-year-old man died after crashing his motorcycle in Shek O and least 20 other residents were injured during the storm. Schools, businesses and stock market shut…” 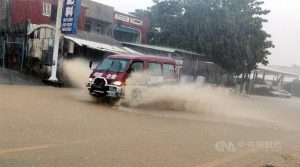 “Severe Tropical Storm Kompasu has dumped tremendous amounts of rain over the northern Philippines and Taiwan.

“Although the center of the storm has been over the water, Baguio received 625.3mm [24.6 inches] in 24 hours. That’s 1.4 times the October monthly rainfall.” 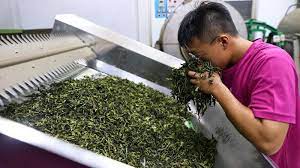 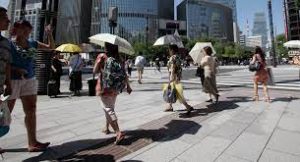 “Japan Extreme Heat Wave: 174 monthly records of highest temperature fell in Japan in the past 11 days. 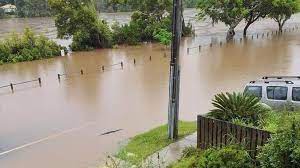 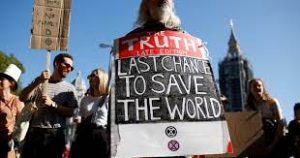 “Will Steffen, a climate expert at the Australian National University, said the IEA report makes it clear that the current goal of “net zero emissions” by 2050 – as many countries are committing to – is simply too little, too late.”