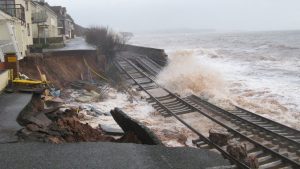 “Risks to global supply chains are rising from the increasingly severe effects of climate change laid bare in a landmark UN report this week, and could place extra pressure on fuel stability and essential goods worldwide.

“Recent crises have thrown the vulnerability of supply chains into sharp focus, as Russia’s invasion of Ukraine has highlighted Europe’s dependence on oil and gas imports, while the international manufacture and distribution of goods remains chaotic following the pandemic.

“Climate-related shocks such as extreme weather events will become more common and severe as the world warms, and could further upend interconnected supply chains…” 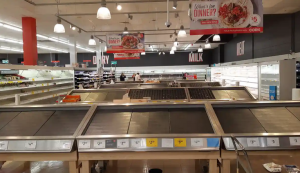 “‘Nothing to sell’: Queensland and NSW flood waters hit supermarkets and grocery supplies.

“In his small store in Mount Isa, almost 2,000km from the flood zones, grocer Joe da Silva is struggling to fill his shelves. His fresh produce is gone. Stocks of other basics are dwindling. And there’s no certainty about when the next truck will arrive.” 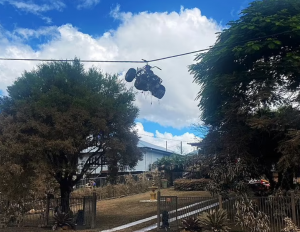 “A quad bike has been pictured hanging from the power lines of a regional Queensland town – a terrifying insight into how high the floodwaters peaked.”

“How unusual is this rain? Very unusual. The rainfall totals from this event have been staggering. 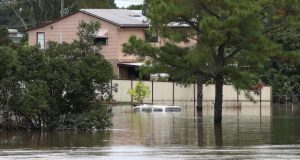 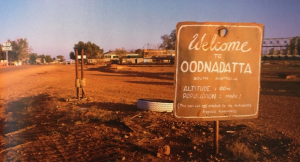 “…in the nitty gritty are some phenomenal weather events. Australia had the equal hottest day ever recorded in the Southern Hemisphere this summer — on January 13, the mercury climbed to 50.7C, matching a record set in 1960 at Oodnadatta.” 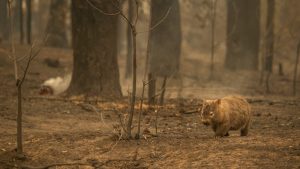 “Smoke injected high into the atmosphere by the 2019-2020 Australian bushfires resulted in a depletion of the ozone layer, new research has found.

“Scientists have found that the smoke from the devastating bushfires caused a 1% loss in ozone – an amount that typically takes one decade to recover.” 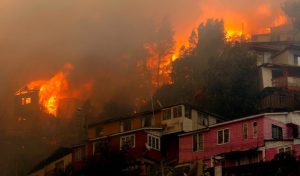 “Red alert for forest fire in Chilean region of Valparaiso.

“The fire at the intersection of Route 68 and Camino La Pólvora in the city is consuming hundreds of hectares of scrubland and eucalyptus forests… The geographical location of the fire between Placilla and Valparaíso could cross Route 66 and threaten an electrical substation, the road itself and many towns…” 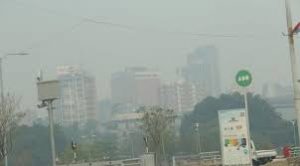 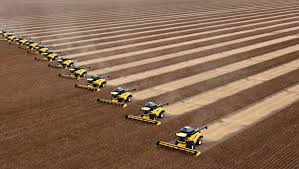 “Brazil, Argentina, and Paraguay, which account for more than half of the world’s soybean supply, are expecting smaller harvests this crop season.

“Major agricultural agencies and consultancies have already slashed their forecasts for the soybean output in 2021-22 as a result of severe drought since November.”

“A team of Brazilian and British scientists have discovered that extreme wind and water-deficiency are the main causes of tree death in the southern Amazon. 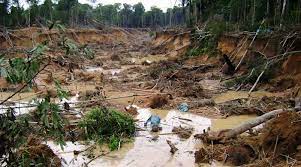 “The threats facing the Peruvian Amazon. 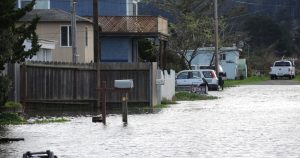 “King Salmon …received the most winter precipitation on record, with more than 7 inches of rain and melted snow from December through February. The average is four inches lower. That’s almost an inch more than the previous record…” 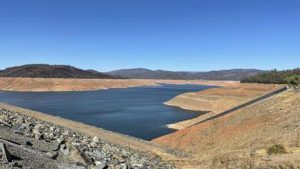 “California’s snowpack has shrunk to about two-thirds of normal, as the state’s relentless drought produced the driest January and February on record and raised the likelihood of more wildfires and deeper water cuts to cities and farms.” 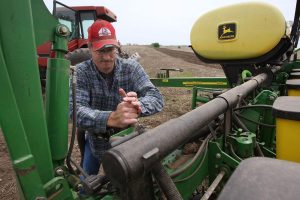 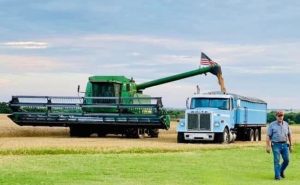 “Mike Shulte says this year’s Oklahoma’s crop is not looking good. He declined to give an estimate on potential yields per acre but says the lack of rain is taking a toll. In fact, he calls the crop predictions “pretty dismal.””

“The saints are out again this year as large swaths of Spain face one of the driest winters on record. Even as irrigation infrastructure boomed along with industrial farming, the country’s ubiquitous dams and desalination plants are up against a looming water crisis…” 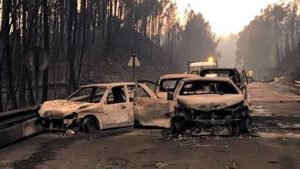 ““A very dangerous” year for fires ahead [Portugal]…

““Whenever there have been periods of severe drought like the one we are experiencing, those periods of the year have always been problematic,” he said, anticipating “a very dangerous year” of fires.” 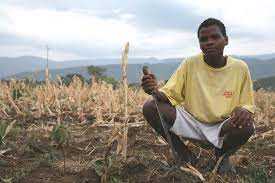 “The report shows that in Africa, climate change has reduced agricultural productivity growth by more than a third (34%) since 1961. This is more than any other region. “Future warming will negatively affect food systems in Africa by shortening growing seasons and increasing water stress.”” 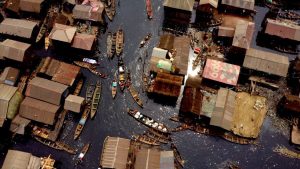 “Africa has contributed very little to climate-warming greenhouse gas emissions, but the world’s hottest continent hosts some of the people who are most vulnerable to current and future fallout from the planet’s further warming…” 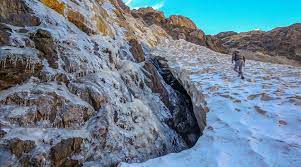 “”Cilo, Turkey’s third highest mountain with a height of 4,116 meters (13,500 feet), is feeling the impact of climate change, which eats away its glacier… scientists examining the state of the glacier detected the rate of melting in the past three decades to be at 48%.” 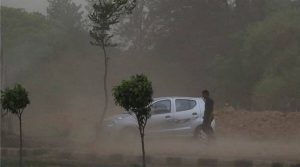 “Three dust storms over Mumbai in a month, linked to rising temperature…

“Researchers with the Indian Tropical Meteorology Institute, Pune said westerly disturbances coinciding with dust storms emanating from across the Pakistan-Afghanistan borders causing the worst air pollution recorded in the region in decades could be due to rising heat.” 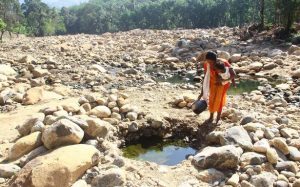 “Pullukayar, a river that burst its banks to wreak havoc in the settler villages of Koottickal and Kokkayar just four months ago, might sound the most unlikely place to look for an impending drought situation. A walk along the riverbanks here , however, suggests otherwise…” 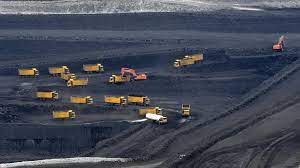 “The country’s central economic planner has watered down a roadmap to slash emissions, greenlighted giant coal-fired power plants, and told mines to produce “as much coal as possible” after power shortages paralysed swathes of the economy last year.” 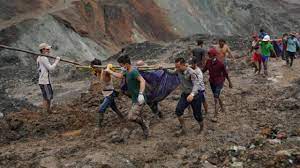 “The incident came on Monday evening near Hpakant township in northern Kachin state — the same region where a massive landslide in 2020 entombed 300 workers in the country’s worst ever mine disaster.” [torrential rain a factor there.] 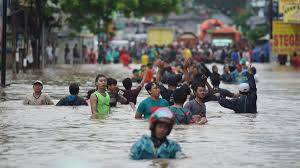 “The walls of Saifullah’s home in northern Jakarta are lined like tree rings, marking how high the floodwaters have reached each year — some more than four feet from the damp dirt floor.” 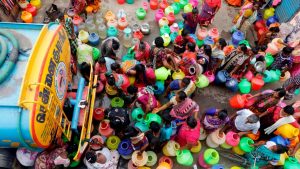 “Even if politicians do manage to keep temperatures below 2°C, up to three billion people may suffer “chronic” water scarcity, the IPCC says.” 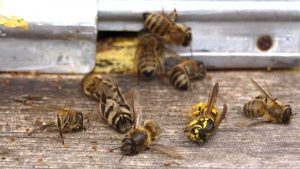