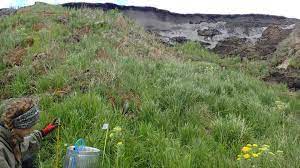 “It may not be the headline star of the climate change discussion, but nitrous oxide (N2O) is still a potent greenhouse gas – and now it looks like we may have underestimated how much is being released.

“A new study has identified the thawing Siberian permafrost as a huge, previously unknown source of N2O.” 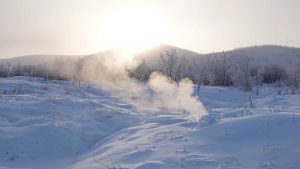 “Zombie fires occur when a fire from a previous year smolders underground in carbon-rich peat (organic fuel) during the winter, then re-ignites on the surface as the weather warms and the ground thaws the next season.” 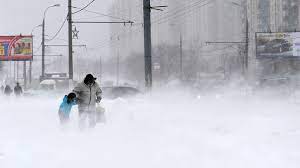 “8th December was historic in Russia. The extreme daily temp. range was from -61.1C at Delyankir to +24.5C at Shatoy (Chechnya,600m above sea level). 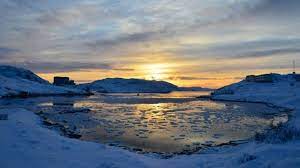 “Greenland is crying — can it be saved from mining and climate change?

““The weather, which we had learned and predicted for centuries, had become uggianaqtuq—a Nunavut term for behaving unexpectedly, or in an unfamiliar way. Our sea ice, which had allowed for safe travel for our hunters and provided a strong habitat for our marine mammals, was, and still is, deteriorating.” 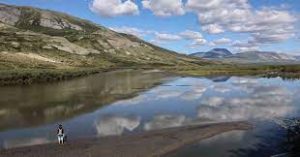 “I explained to Alistair that global warming has taken the permafrost out of the proverbial freezer… More carbon is contained within this frozen ground than humankind has released since the Industrial Revolution began.” 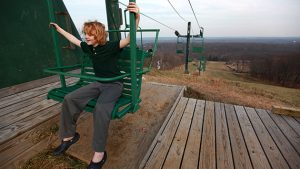 “Winter technically starts on Dec. 21 but, for the two weeks leading up to it, it will feel more like spring across much of the United States. The central and eastern Lower 48 are in line for an extended period of unseasonable warmth.” 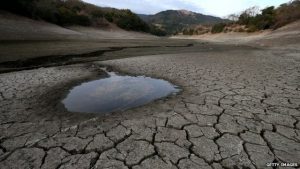 “That means farmers won’t get any water from the system they had applied for unless conditions improve… California is the nation’s largest agricultural producer.” 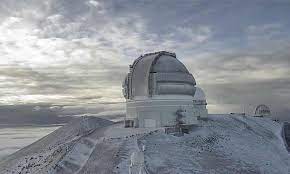 “Hawaii saw record temperatures over the weekend. Not for heat. For cold.

“Nighttime lows on the island of Oahu plunged to 56 degrees Fahrenheit — breaking a nearly 60-year record for what passes in Hawaii as extreme cold. Saturday’s daytime high was 70 degrees, the lowest on record, beating 76 degrees in 1965.” 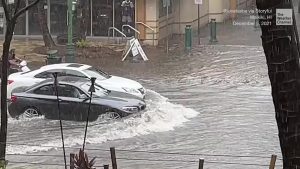 “Preliminary 48-hour rainfall averages on Oahu up to the end of today include up to 11.68 inches in upper Nuuanu, 11.34 inches at Lyon Arboretum in Manoa, 7.31 inches in Waianae, and 8.46 inches at Aloha Tower.” 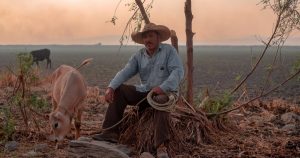 “The drought in Mexico has affected about 40% of the country.

“For the fifth consecutive fortnight, the drought persists in Mexico, 38.98 percent of the country’s surface was affected by the lack of rain and runoff, in contrast to 38.07 percent on November 15.” 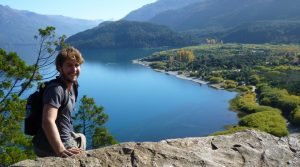 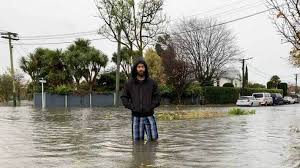 “Climate change behind flooding in Canterbury [NZ] in May.

“Researchers studying the effects of climate change on severe weather events in New Zealand have found that the extreme rainfall that brought flooding to Canterbury in May was 10 to 15 per cent more intense as a result of human influence on the climate system.” 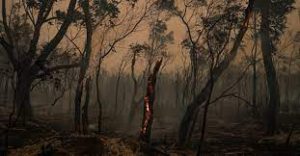 “… our new research finds more frequent, severe bushfires and a hotter, drier climate may limit eucalypt forests’ ability to resprout and reliably lock up carbon. This could seriously undermine our efforts to mitigate climate change.” 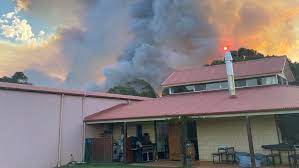 “Several campgrounds, wineries and tourist attractions have been evacuated as a bushfire threatens lives and homes around the Boranup Forest near Margaret River in Western Australia’s south-west.” 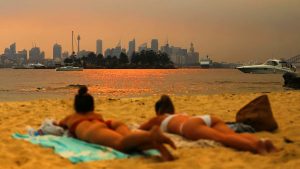 “Perth is set to experience record high temperatures, with 30-degree plus days expected for a week straight for only the second time in 90 years.” 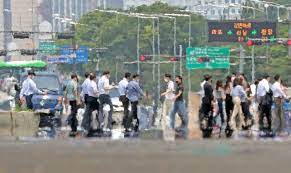 “South Korea’s average temperature in the January-November period reached an all-time high of 14.4 degrees Celsius [57.9F], making this year likely to be the warmest year ever, the state weather agency said Wednesday.” 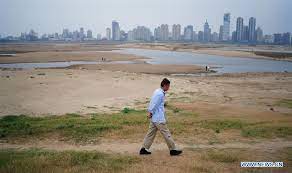 “China’s major southern cities Guangzhou and Shenzhen have warned of severe water shortages lasting into next spring as the East River, a tributary of Guangdong’s Pearl River, continues to be hit by its most severe drought in decades.” 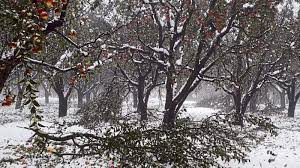 “Apple growers may need to plant more resilient varieties. A hardier variety of ‘high density’ apple, developed in Italy, is being marketed. The jury is still out on whether it is a viable alternative.” 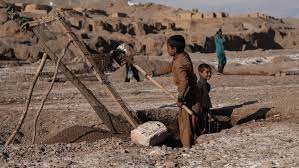 “An Afghan Village Shrivels in Worst Drought in Decades.

“Afghanistan’s drought, its worst in decades, is now entering its second year, exacerbated by climate change. The dry spell has hit 25 of the country’s 34 provinces, and this year’s wheat harvest is estimated to be down 20% from the year before.” 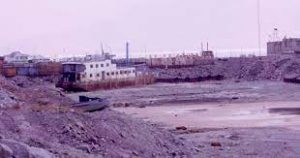 “With Iran facing major water shortages through its rivers, the availability of its groundwater resources is vastly becoming a problem. Found underground in between rock and soil layers, groundwater is mostly accessible through wells or natural springs.” 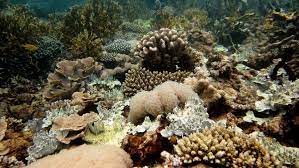 “From Seychelles to the Delagoa region off the coast of Mozambique and South Africa, the reef systems are at risk of becoming functionally extinct by the 2070s, with a huge loss of biodiversity…” 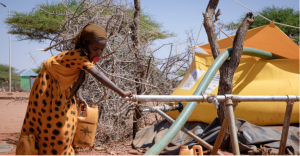 “Somalia: Caught between drought and fighting…

“More than 300,000 people in Somalia’s Galgaduud region have been affected by a severe drought that has gripped most of the country and forced the federal government last month to declare a state of emergency.” 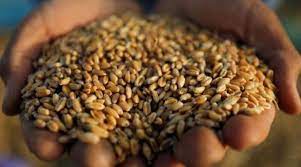 “Mali [a major producer and exporter of grains to neighbouring countries] suspends grain exports amid fears of food shortages. 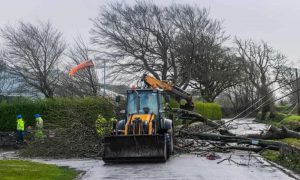 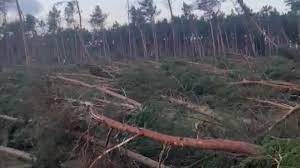 “A fifth of Scotland’s timber harvest blown down by Storm Arwen.

“Over 100,000 trees were felled on the Haddo Estate in Aberdeenshire as trees came down across the east side of Scotland and Northern England.” 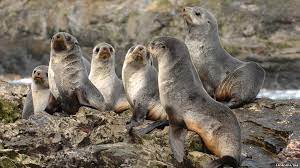 “Antarctic fur seals are struggling in a warmer climate. 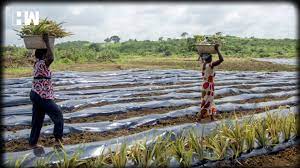 “Report: Plastic pollution is also pervasive in our agricultural soils.

“…a new report by the Food and Agriculture Organization of the United Nations (FAO) suggests that the land we use to grow our food is contaminated with far larger quantities of plastic pollution, posing an even greater threat to food security, people’s health, and the environment.” 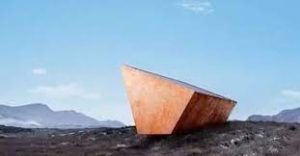 “A giant ‘black box’ will gather all climate data for future civilizations to learn from [Bold to assume there will be any at this point].

“Every time new climate research is published, news headlines are posted or tweets are shared, a giant steel box perched on a granite plain in the Australian state of Tasmania will be recording it all.”