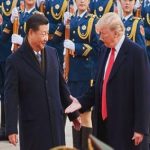 “China is reportedly looking to line up other countries against the U.S. in a pending trade war after the White House took an unexpected move forward on tariffs a day earlier, the Wall Street Journal said Wednesday, citing Chinese officials.

“On Tuesday, the White House announced it would have a final list of $50 billion in imports that would be subject to 25 percent tariffs by June 15, and two weeks later would announce investment restrictions on Chinese acquisitions of U.S. technology.

“In response, China is reportedly looking to line up countries against the U.S., the Journal reported. The countries in question are mostly in Europe and Asia, where companies could benefit from China’s plans to give foreign companies more open access to its markets…”
https://www.cnbc.com/2018/05/30/china-is-reportedly-looking-to-align-with-other-countries-in-trade-war.html

“Pakistan’s financing needs are the highest in emerging markets.”

“Most Bursa Malaysia’s key index-linked stocks were down at the break as the broader market dropped 2.53 per cent, the largest one-day decline since Global Financial Crisis 2008, due to severe selling pressure.” 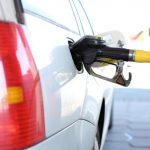 “Japan’s industrial output rose less than expected in April and inventories of electronic parts rose, a sign that the economy may be struggling to shake off a first quarter contraction.”

“The US economy’s growth in the first quarter slowed even more than previously reported, a Commerce Department report released on Wednesday showed.”

“A group of major European companies has warned the Prime Minister they may cut investment without more clarity over the terms of Britain’s EU exit. Business leaders, including from BP, BMW, Nestle, and Vodafone, told Theresa May that “time is running out”.”

“Spain’s parliament starts formal debate on Thursday over a vote of no-confidence against prime minister Mariano Rajoy. The vote, set for Friday, could see the collapse of Spain’s centre-right government after six years in power.”

“Whether by land, sea or air getting around Greece proved a challenge on Wednesday as a nationwide labor strike gripped the country. Public transportation was disrupted; some flights canceled and sea-going ships were left in their docks.” 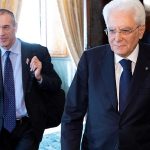 “After months of political deadlock following an inconclusive election, Italy is on the verge of a major political crisis with global implications.”

“Italy has sold €5.6bn of fresh debt in a sign that investors still have appetite for the country’s bonds, albeit at a notably higher borrowing cost than a previous auction.”

“European bank executives are facing the return of an all too familiar problem: political panic.”