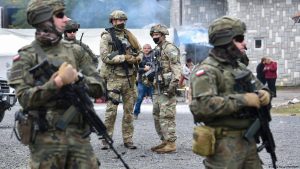 “The international business community expects a challenging 2023 marked by geopolitical tensions, high inflation and the energy crisis, according to the Eurochambres global economic survey published Wednesday.

“The Eurochambres’ report, based on the responses of trade and commerce organisations representing around 70% of world GDP, shows prolonged geopolitical tensions and instability as the top challenges for the global economy this year.” 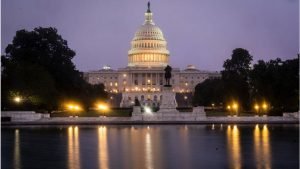 “A Summer of Sovereign-Debt Crises Could Be Coming. Is the Fed Ready?

“…The truth of the matter is that for different reasons we could have debt crises as early as this summer in the world’s three largest sovereign bond markets: the United States, Japan, and Italy. Should any of these crises occur, they could shake up currently illiquid world financial markets. They could do so in much the same way as the recent U.K. gilt-market meltdown in the wake of former Prime Minister Liz Truss’s ill-advised budget shook up U.K. financial markets.” 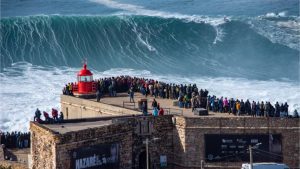 “The leveraged loan ‘downgrade wave’ is starting as era of cheap debt fades. 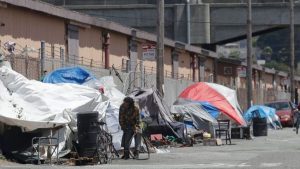 “The U.S. Economy Is Screwed Whether Inflation Slows Or Not…

“A key barometer for the health of the economy continues to flash a recession warning sign, indicating a downturn is in store for the US in the near future. A growing number of business leaders agree the US economy is getting worse.

“America is not in an official recession — not yet, anyway — but the Conference Board’s Leading Economic Index declined for the 10th consecutive month…” 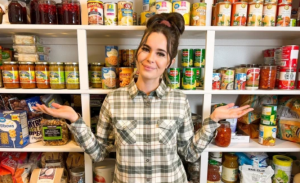 “For Gubba who lives just outside Seattle in Washington, USA, worrying about the end of the world is more than a once-a-year thing. She keeps the pantry on her 30-acre farm packed with cans, rice and pasta at all times, deploying oxygen absorbers and freeze-drying techniques to keep it all edible for as long as possible.” 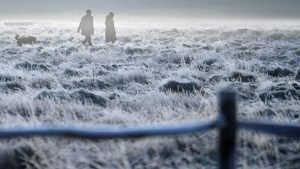 “UK Asks Consumers to Cut Energy Use as London Freezes.

“The UK grid is asking some households to cut energy use on Monday — a request which is likely to be extended Tuesday — as a plunge in wind power and freezing temperatures across the country test its ability to keep the lights on.” 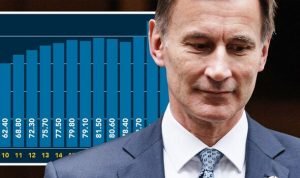 “British government borrowing shot up to a December record on the back of a climbing debt interest bill and the cost of energy subsidies for households and businesses. Official figures show public sector borrowing hit £27.4 billion last month, the highest for December since equivalent records began…” 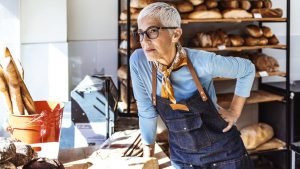 “There are growing fears that 2023 could see a wave of company collapses as the cost of living crisis continues [UK].

“The number of firms on the brink of going bust jumped by more than a third at the end of last year, said insolvency firm Begbies Traynor. It expects this number to rise due to higher costs, firms repaying Covid loans and consumers cutting back.” 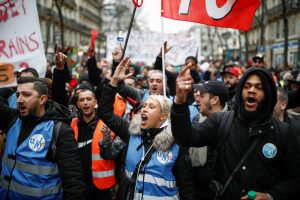 “France to move ahead on pension reform despite protests.

“France’s government says it will continue with plans to hike the retirement age by two years to 64, among other reforms. It says this is necessary to restore economic balance — but unions strongly disagree.” 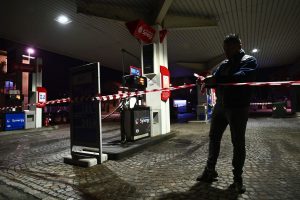 “Italy is bracing for two days of disruptions after gas station operators across the country started a strike late Tuesday to protest against a new policy introduced by Prime Minister Giorgia Meloni’s government… Italy’s strike comes on the heels of widespread labor protests in the UK and following strikes in France against President Emmanuel Macron’s pension reform.” 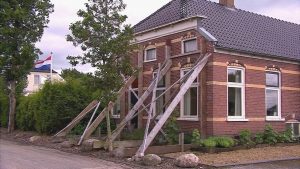 “The Dutch government plans to close the Groningen gas field this year despite Europe’s precarious supply position. Groningen is the largest gas field in Europe…

““We won’t open up more because of the safety issues,” Hans Vijbrief told the FT. “It is politically totally unviable. But apart from that, I’m not going to do it because it means that you increase the chances of earthquakes, which I don’t want to be responsible for.”” 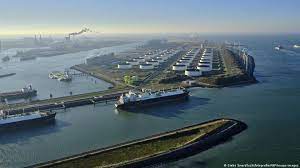 “Germany is still years from substituting Russian pipeline gas imports with liquefied natural gas capacities, according to estimates by the country’s Economy Ministry…

“But it will take until 2026 for Germany to install 56 billion cubic meters of domestic LNG import capacity, about the same it imported by pipe from Russia in 2021…” 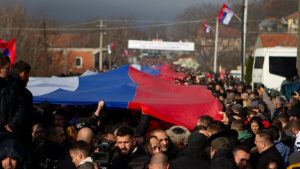 “Is Europe Sleepwalking Into Another War? The continent’s last major conflict in the Balkans never stopped smoldering, and a fragile peace is at a precipice…

“…in a tinderbox of division and mutual distrust, a small spark can easily become a raging fire. A diplomat in Belgrade, who requested anonymity because he was not authorized to speak publicly, said it was shocking to watch Europe flirt with a second conflict in recent months.” 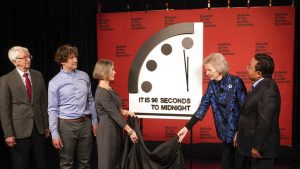 “The Doomsday Clock reveals how close we are to total annihilation.

“On Tuesday, the clock was set at 90 seconds until midnight — the closest to the hour it has ever been, according to the Bulletin of the Atomic Scientists, which created the clock in 1947. Midnight represents the moment at which we will have made Earth uninhabitable for humanity.” 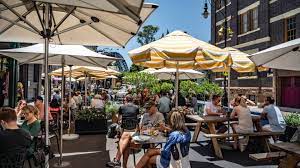 “Official data on Wednesday showed that inflation rose 7.8 per cent year on year in the October to December quarter, the highest rate since 1990. The reading will dash hopes of a pause in rising interest rates, which have climbed 3 per cent since May, putting pressure on household finances.” 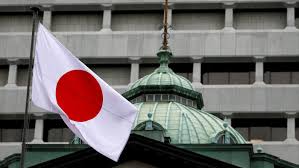 “Bank of Japan Owns More Than 100% of Some Debt as Bonds Go Round and Round.

“Japan’s broken bond market continued to throw up anomalies with central bank ownership of some government debt exceeding the amount outstanding, according to its latest data… How the central bank can own more than 100% of a bond is down to double counting…” 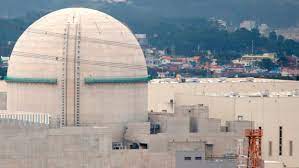 “Unless prices are raised much further Kepco’s debts are likely to mount. By crowding out other borrowers, the scale of Kepco’s bond issuance has already contributed to an autumn liquidity crunch that triggered government and central bank interventions in October last year. But if prices are raised substantially, this could not only feed inflation but also weaken the country’s prized export competitiveness.” 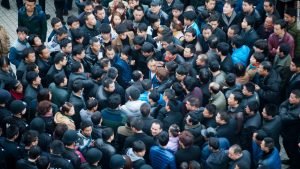 “More than a dozen cities across China have in recent weeks threatened to punish workers who take “extremist” measures, such as protests blocking traffic or outside government offices, to get the money they are owed.” 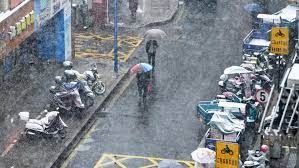 “Local governments starved for cash after enormous spending on costly “zero Covid” measures cannot afford to keep up adequate supplies of gas… The lack of natural gas, which is used widely across China to heat homes and businesses, has angered tens of millions of people and spilled over into caustic complaints on social media.” 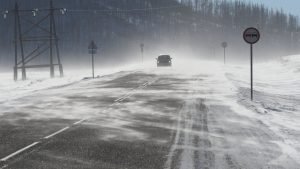 “As Uzbekistan freezes, is it exporting valuable gas to China – or not?

“As Uzbekistan freezes amid rampant power shortages in its coldest winter for half a century, there is a million dollar question on the lips of its shivering citizens. Is the government exporting gas that could be powering heating plants and pumping warmth into people’s homes?” 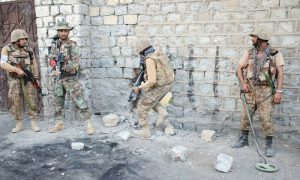 “Pakistan’s economic crisis forcing its army to retreat from Balochistan…

“To confirm the report of the Pakistan army’s withdrawal from Kahan, an oil-rich region in Kohistan Marri, the Hamgaam News contacted the Baloch Liberation Army (BLA) sources which confirmed that the army has abandoned several of its check posts from Kahan and adjoining areas including some of its main cantonments.” 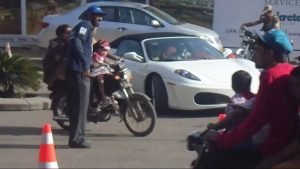 “According to the reports by The News International newspaper, cash-strapped Pakistan has spent $1.2 billion on the imports of transportation items like luxury cars and electric vehicles during the last six months.” 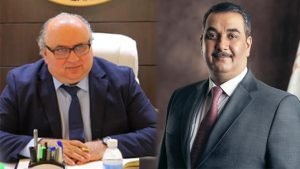 “Iraq has dismissed the governor of the Central Bank of Iraq and replaced him with the monetary authority’s former chief as the government tries to stem a big decline in the country’s currency.” 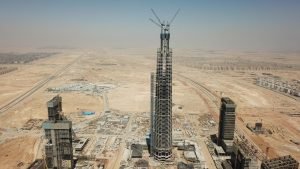 “Egypt is facing a financial crisis mostly because it has allowed the military to run a parallel government… Sisi commissioned the building of a new capital, 45kms from Cairo, and in that new city he has given contracts to companies associated with Egyptian military to build Africa’s tallest skyscraper and a mega-mosque. He also purchased a jumbo jet for himself worth $500m…” 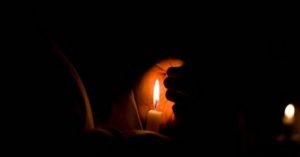 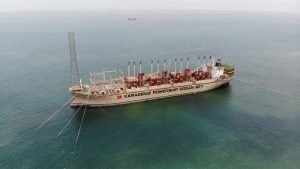 “South Africa made fresh inquiries about securing electricity supply from Turkey’s Karpowership as it battles its worst ever power outages, according to people familiar with the situation. The approach follows a stalled attempt to procure 1,220 megawatts of emergency power from the company, a process that’s been mired in legal battles…” 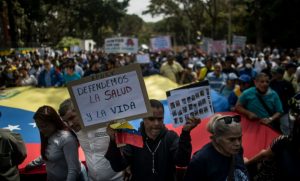 “Thousands of public employees took to the streets again in a number of Venezuelan cities on Monday to commemorate the 65th anniversary of the country’s democracy and to demand that the government give them a pay hike that “allows (us) to live with dignity.”” 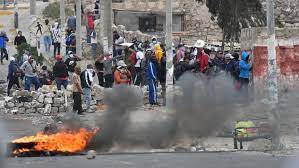 “The focus of Peru’s violent unrest shifted back to the impoverished rural south after mass demonstrations in Lima last week failed to unseat the fragile government of President Dina Boluarte… The copper-rich south of Peru is the heartland of the country’s mining industry, as well as its tourism sector.” 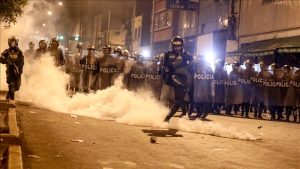 “… the burning question on the minds of millions of Peruvians is: How does their nation overcome this deadly political impasse? “”I don’t see another path forward that doesn’t mean more repression, possible loss of life or extreme instability, impasse and paralysis.””