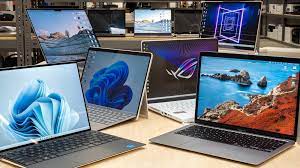 “Global PC shipments saw a record decline in the fourth quarter of 2022 amid economic headwinds, global inflationary pressures and stagnant PC demand, according to a recent report.

“PC shipments in the three months ended December 31 fell 27.8 per cent year on year to 65.2 million units, according to data from Counterpoint Research. For the full year, shipments declined 15 per cent.” 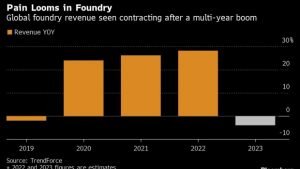 “Global Foundry Sales Set to Drop in 2023 in Blow to Taiwan, South Korea.

“Revenues in global contract chipmaking, or foundries, are projected to fall this year as demand cools rapidly for the advanced chips that have bolstered Asian technology-driven economies Taiwan and South Korea… The gloomy projection underscores the pace of the global economic downturn.” 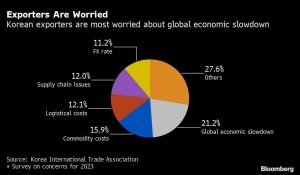 “Waning semiconductor demand is at the heart of the decline in Korea… Trade performance has far-reaching implications for Korea as the economy relies heavily on global commerce to drive growth.” 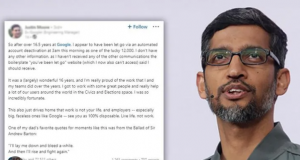 “The firings add to tens of thousands of other job losses recently announced by Microsoft, Amazon, Facebook parent Meta and other tech companies as they tighten their belts amid a darkening outlook for the industry.” 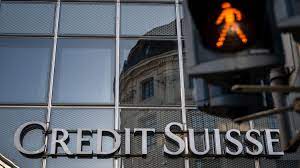 “And just like 15 years ago, the prospect of quickly finding re-employment for those now out of work is bleak, according to recruiters.” 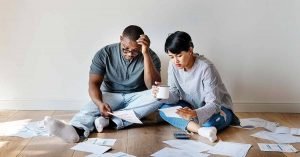 “Multiple polls show American consumers sinking deeper into credit-card debt. A new survey from Bankrate, the consumer finance company, found 46 percent of cardholders carrying credit-card balances from month to month, up from 39 percent a year ago.” 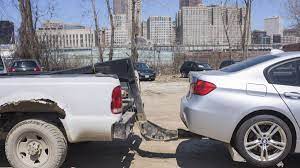 “An alarming number of Americans with auto loans are struggling to make monthly payments. Auto loan performance saw further deterioration in December, and loan delinquencies jumped. Of all loans, severely delinquent ones have reached the highest rate since the financial crisis about 15 years ago.” 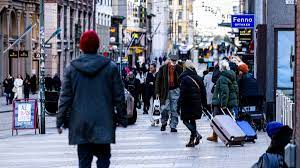 “Interest payments are approaching record highs in Finland, taking a “giant” three-fold leap compared to last year because of the pandemic and increased government borrowing, the Ministry of Finance’s Director General Mika Niemelä said in a recent interview.” 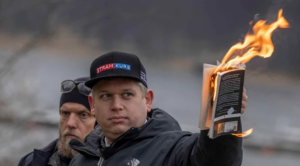 “Protests in Stockholm, including Koran-burning, draw strong condemnation from Turkey.

“Turkish Defense Minister Hulusi Akar said on Saturday that a planned visit by his Swedish counterpart to Ankara has been canceled after Swedish authorities granted permission for protests in Stockholm.” 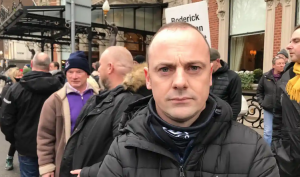 “‘There is no room’: anti-immigration protesters march in Dublin.

“Ireland has long prided itself on greeting visitors with warmth, styling itself the land of “a hundred thousand welcomes”, but now there is a new slogan: #IrelandIsFull… They are the cry of an anti-immigrant backlash that has spread across Dublin and other towns in recent weeks…” 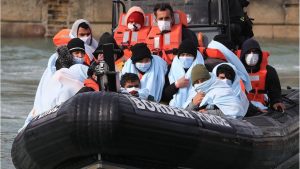 “Migrants who entered the country illegally and are working in the black market face a new crackdown on their access to bank accounts, jobs in the gig economy and public services including education and health.” 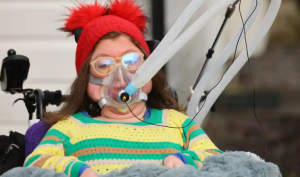 “Soaring energy bills are forcing people with severe disabilities and chronic health conditions to choose in extreme cases between “eating or breathing” as they struggle to navigate the cost of living crisis, research shows.” 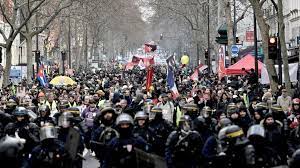 “Doctors had to amputate the testicle of a young man who got clubbed in the groin by a police officer during demonstrations in Paris last week, according the man’s lawyer.” 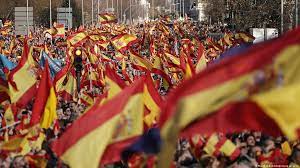 “Right-wing and far-right parties organized the rally, accusing leftist Prime Minister Pedro Sanchez of doing deals with coup leaders and terrorists. Spain is due for local, regional and national elections this year.” 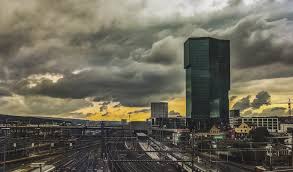 “Loans, bonds and other debt totalling about €1.9 trillion ($2.1 trillion) — nearly the size of the Italian economy — are secured against commercial property or extended to landlords in Europe and the UK, according to the European Banking Authority…” 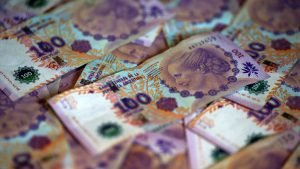 “Brazil and Argentina will this week announce that they are starting preparatory work on a common currency, in a move which could eventually create the world’s second-largest currency bloc.

“South America’s two biggest economies will discuss the plan at a summit in Buenos Aires this week and will invite other Latin American nations to join.” 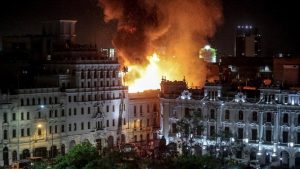 “Amid the demonstrations and with roadblocks paralysing much of the country, Peruvian authorities on Saturday ordered the closure “until further notice” of the Inca citadel of Machu Picchu and the Inca trail that leads to the world heritage archeological site…”

“Glencore halts operations in Peru due to violent protests.

“Following Friday’s attack that set on fire a worker housing area, Glencore announced that it has halted operations at the Antapaccay copper mine in southern Peru… Prior to this incident, Glencore’s mine, one of the country’s largest, was operating only with 38% of its workforce due to protests.” 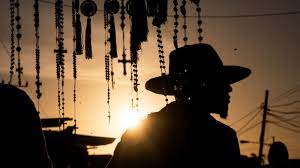 “The legal battle is over a portion of Cuba’s unpaid commercial debt dating back to the 1980s. If Cuba loses, it could ultimately cost the island nation billions in long overdue payments — and, in a worst-case scenario, lead to the seizure of government-owned assets such as oil tankers and in-bound wire transfers.” 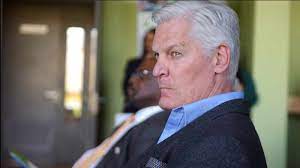 “‘I gasped for air as the cyanide kicked in’: South Africa’s battle against murderous corruption.

“Hours after resigning as chief of his country’s troubled national power generator [Eskom], Andre de Ruyter suddenly began to feel violently ill… Mr de Ruyter told The Telegraph he had underestimated Eskom’s problem with crime and corruption when he took on the top job.” 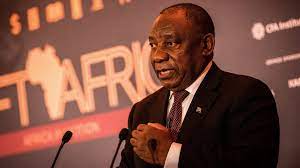 “President Cyril Ramaphosa has appealed to the board of South Africa’s cash-strapped power utility to suspend its biggest electricity-price increase in more than a decade as the nation faces two more years of rolling blackouts.” 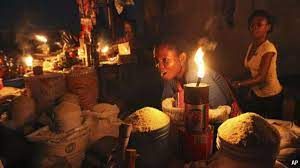 “Today’s reality is that Nigerians continue to rely heavily on generators, which consume vast amounts of resources due to the high cost of diesel and petrol, and there is no public power.” 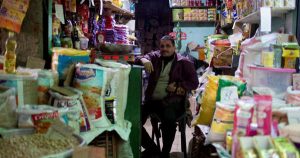 “Food prices doubled, salaries halved, banks restricting withdrawals: Egyptians now have the same problems as the Lebanese. But if things get worse here, the fallout will be far more damaging.” 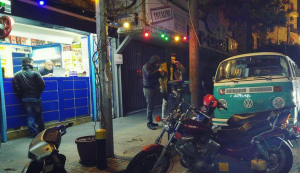 “Across Lebanon, drug consumption has increased in line with the country’s financial crisis, which has seen a collapse in the value of the Lebanese pound that has plunged the majority of people into poverty. At the same time, the deterioration of the healthcare system has made relapses more frequent and made treating addiction harder.” 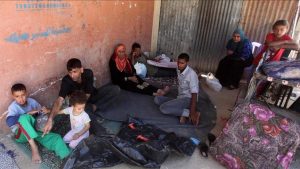 “Turkish President Recep Tayyip Erdogan is preparing to announce what could be his costliest pre-election giveaway yet with a plan to offer debt relief to millions of people… his party has lost support among the poor, who’ve typically been among its most stalwart backers.” 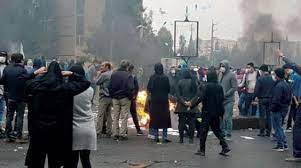 “Iran’s currency hits record low amid tensions with the West.

“Iran’s currency has reached an all-time record low amid increasing tensions with the West and the unrest gripping the country. On Sunday, the United States dollar went past the 450,000-rial mark for the first time on the open market.” 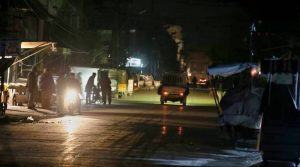 “…the country lacks resources to run its oil and gas-powered plants, and the sector is heavily in debt. Inadequate investment in infrastructure and power lines has also resulted in the national grid suffering frequent breakdowns.” 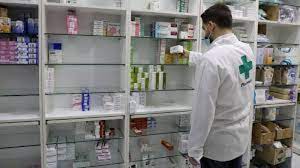 “Pakistan on the brink of mass deaths? ‘Only two days of medicine stock left in the country’…

“The Pakistan Pharmaceutical Manufacturers Association raised an alarm, saying that they have only two days’ worth of medicines left in their stock. PPMA warned that the situation will worsen in the coming days if Letters of Credit are not released by the State Bank of Pakistan within a fortnight. This comes after the shortage of wheat…” 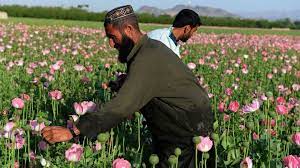 “‘Afghanistan Is Disintegrating. It Can’t Afford to Give Up Opium’…

“The economy of Afghanistan is 80 or 90 percent agrarian, and opium is a hefty slice of that. There are no other sources [of income]. Afghanistan hardly has a raison d’etre without the drug trade and its auxiliary industries.” 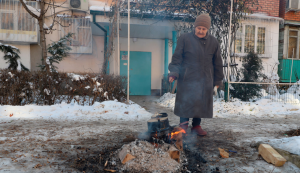 “Another Cold, Dark Winter That Central Asia Will Not Forget…

“In Tashkent, Central Asia’s largest city with around 3 million people, residents have been seen cooking meals on open fires on the street, echoing scenes from early December 2002 in the city of Ekibastuz, Kazakhstan, where a power plant went offline for the best part of a week.” 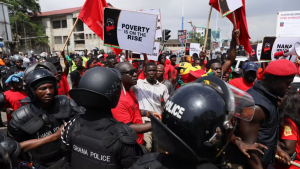 “…A catastrophic debt crisis for developing nations is predicted for 2023, which will be made worse by a confluence of high interest rates, fast inflation, weak growth, and a strong currency [dollar, I assume]. This implies that even if the economic problems in borrowing nations worsen, attempts to reduce debt will have a very tough time succeeding.”