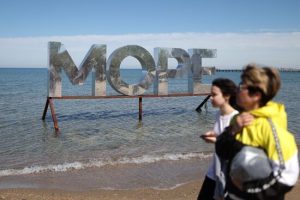 “More and more records in Ukraine [the eleventh European nation to beat its national heat record this month] in this insane January. 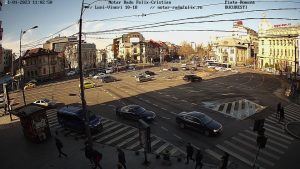 “Just incredible what Romania is living in this January. Another day with dozens of records smashed with a max. of 22.3C [72.1F] at Bechet.

“The capital Bucharest beat its record again with 20.9C; almost 4C more than anything seen in January before 2023.” 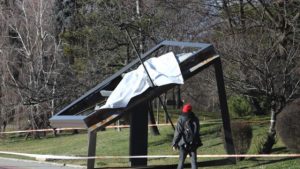 “The absolute records for high temperatures for January were improved yesterday in five stations… In Pleven yesterday the temperature reached 21.7 degrees Celsius [71.1F], and the old temperature record was 21.2 degrees and was from January 2002.” 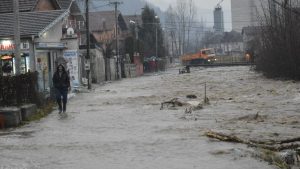 “States of emergency have been declared in some Western Balkan cities as floods block roads and cut off power while two people in Montenegro and Serbia reportedly drowned.

“Heavy rain was blamed for at least two deaths in Western Balkan countries, while in some towns transportation was affected as local roads and bridges were damaged by flooding.” 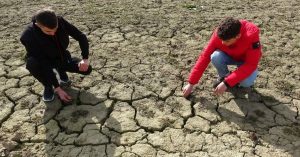 “Turkey hit by severe drought amid lack of rain.

“Turkey is experiencing a severe drought as dams around the country’s major cities have reached low levels amid a lack of rain and an unusually warm winter stemming from global climate change.”

“…this winter season raised the water levels of the Sea of Galilee by just 2 cm… Eyal Wiesel, a director at the hydrological service of the government’s Government Water and Sewage Authority, told Haaretz that 2 cm was the most modest rise since 1964 when national rainfall measurements began.” 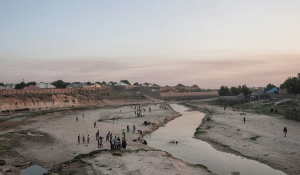 “Climate Change is Fueling Conflict and Migration in Lake Chad…

“The report found that shrinking natural resources due to adverse weather are heightening tensions across communities and displacing people. It said that around 3 million people have been displaced and an additional 11 million were in need of humanitarian assistance.”

“Seven people in Kakamas in the Northern Cape have died due to heat stroke in the past few weeks. Another person is recovering in Kakamas hospital… Over the last few weeks, the Kakamas area experienced temperatures in the forties [104F+].” 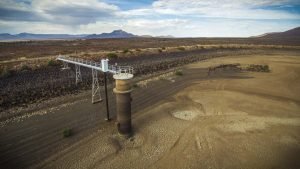 “The Karee Dam in Calvinia in the Northern Cape has run dry, again.

“Officials from the Hantam Local Municipality said that reservoirs there were also without water. The town has been plagued by a severe drought and low rainfall over the past few years.” 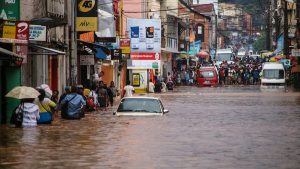 “On Friday (Jan. 20), Madagascar’s city of Sambava was still under water… “Everything is flooded here, we ask the State to improve the draining of flood water, so that in case of rain, it can flow away. We’re living in misery right now,” farmer Jean Claude laments.” 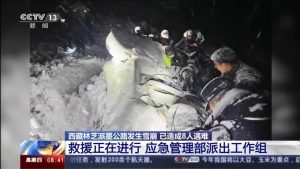 “An avalanche occurred on the evening of January 17 on the road from Linzhi to Pai.

“The accident occurred at the exit of the Duoxiongla Tunnel, 8 [now 20] people have been killed and many are missing. The temperature in Tibet is abnormally high recently, the avalanche may be related to it.” 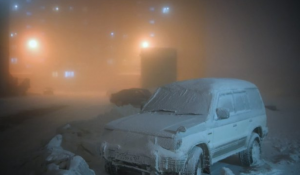 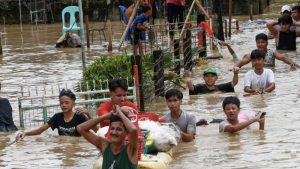 “Philippines: Flooding ongoing across most of the country as of Jan. 20. Further adverse weather forecast…

“Officials could update and possibly extend the coverage of weather alerts over the coming days. Heavy rainfall Dec. 25-Jan. 11 resulted in flash flooding that killed at least 52 people across central and southern Philippines.” 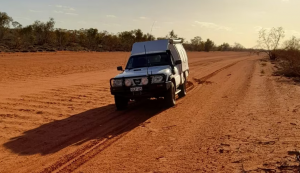 “Kununurra resident Chris English is currently taking a 64-hour scenic route from Broome to his home town in Western Australia’s Kimberley region, via the Northern Territory. That’s because the most direct route between the two communities was cut off by the state’s worst ever flood disaster earlier this month.” 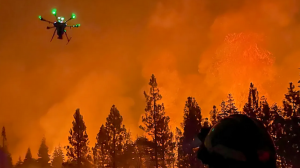 “Rain over the past three years has led to excessive plant growth that could pose a bushfire risk if conditions become more hot and dry, said Agus Santoso, a climate scientist at the University of New South Wales. Prolonged wet weather also makes it harder for so-called fuel reduction burning…” 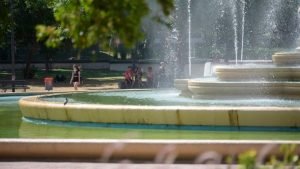 “Very hot also in Santiago del Estero,Rivadavia and La Rioja with temperatures of 44C/46C. A stifling hot summer so far…” 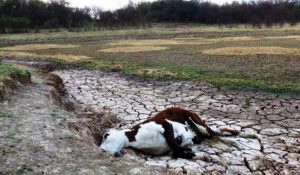 “Argentina: Thousands of cows killed by drought cause millions in losses in the sector.

“…some 26 million cows are at risk, half of the national total. If the deaths of these animals continue in Argentina, where meat exports contributed more than 3.4 billion dollars in July 2022, it could trigger a food problem at the national level, says farmer Pablo Giailevra.” 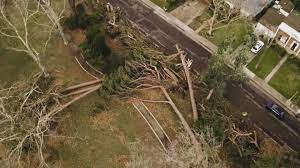 “More than 1,000 trees have come down in Sacramento since a major storm tore through Northern California on New Year’s Eve. Residents have reported more than 2,000 tree-related incidents in January, according to the city.” 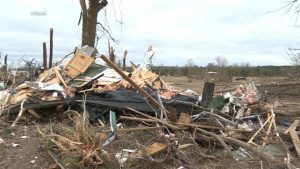 “As the South reels from more than 30 tornadoes reported across the region last week, new climate data shows that the destructive storms may be on the rise…

“The devastation comes as scientists continue to study the effects of climate change on the production of tornadoes, and almost a year after the U.S. saw a record-breaking month of tornado activity, with over 200 storms.” 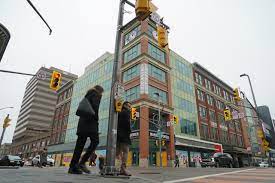 “A “startlingly mild” January has brought spring-like temperatures and hardly a trace of snow to the London region, leaving drivers relieved, children disappointed, and nature’s rhythms upended by the unusual weather.” 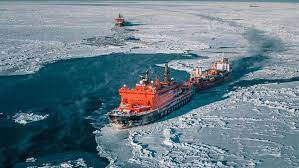 “Ice lies thick over Russian Arctic waters, but this winter might be record warm…

“According to the Russian meteorological service Roshydromet, the year 2022 was the second warmest on record in Russia. All of the country’s eight federal districts were abnormally warm. And the biggest deviations from the norm were found in the North.” 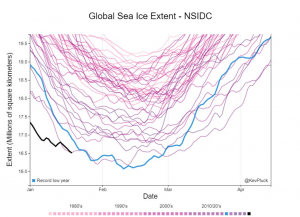 “So we are back to lowest daily global sea ice extent, just thought you’d be interested… 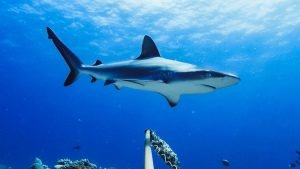 “Many shark and ray species, ranging from apex predators to filter feeders, play a major role in these delicate ecosystems that cannot be filled by other species. By examining 134 species of sharks and rays, the experts found that 59 percent of coral reef shark and ray species worldwide are threatened with extinction.” 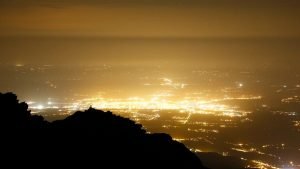 “Stars are disappearing before our eyes – and faster than we thought.

“Light pollution doesn’t just spoil the view of the sky, it can also impact our health – and that of wildlife. This is because it disrupts the natural cyclical transition from sunlight to starlight that we and other organisms have evolved alongside – and sky glow is anything but natural.” 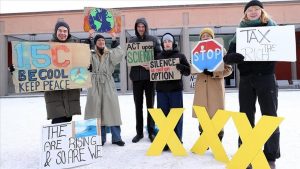 “There were hopes carbon emissions might have peaked as the Covid-19 pandemic’s disruptions led to large declines, but these have proved to be temporary… most major economies have failed to “build back better” and, today, the challenge of reducing emissions is bigger than ever.” 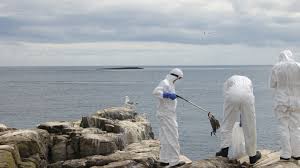 “Today, with parts of Europe and North America in the midst of the worst outbreak on record, a global cohort of researchers is keeping cautious watch amid concerns about the impact the disease could have on humans.” 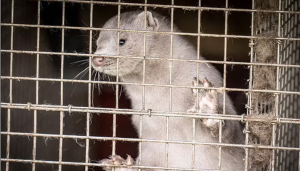 “Fears of a potentially devastating bird flu pandemic were heightened today after a ‘worrisome’ outbreak among mink [in Spain].

“Top virologists from across the world have sounded the alarm after tests confirmed the H5N1 strain was spreading between mammals.”

“…the viruses detected at the mink farm are distinguished from all the clade 2.3.4.4b H5N1 viruses characterised thus far in the avian population in Europe as they bear an uncommon mutation (T271A) in the PB2 gene, which may have public health implications.” 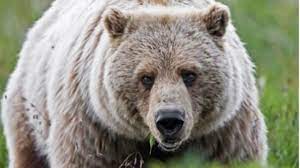 “Three grizzly bears were euthanized in Montana after they became ill and tested positive for the highly pathogenic avian influenza (HPAI) virus, according to the state’s Department of Fish, Wildlife & Parks.

““The virus is spread from one bird to another,” Dr. Ramsey told CNN via email. “These mammals likely got infected from consuming carcasses of HPAI infected birds.” 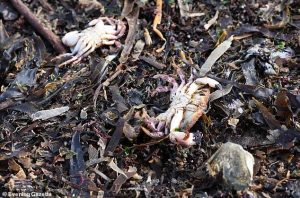 “The mass death of thousands of crabs and lobsters off the UK coast may have been caused by a disease previously unknown to science, a new government report has found…

“The report added: ‘Although there is no direct evidence of a novel pathogen – a disease or parasite – it would explain the key observations including mortality over a sustained period and along 70km of coastline, the unusual twitching of dying crabs and the deaths being predominantly crabs rather than other species.'”

You can read the previous “Climate” thread here. I’ll be back on Monday with an “Economic” thread.