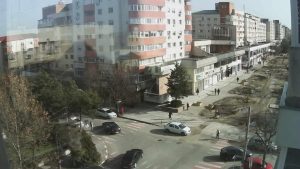 “Before the year 2000, temperatures above +20C in January were extremely rare.” 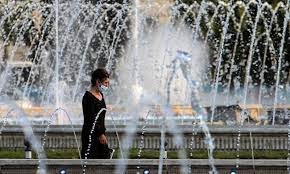 ““This statistic proves what we have all felt for many years, that climate change threatens and affects the entire planet, we can no longer talk about a local problem or a national problem,” minister Barna Tánczos commented.” 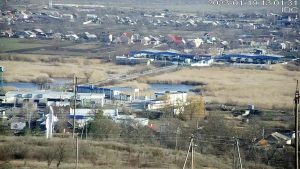 “Insane warmth in Moldova with its warmest January day in history: 18.1C [64.6F] at Ceadir Lunga; the previous record was set last year!

“Also 17.3C at Komrat, with almost every station beating the monthly record including the capital Chisinau with 15.9C.” 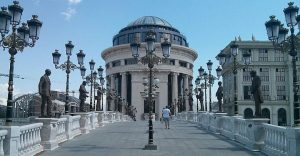 “Record warm also in North Macedonia: The capital Skopje with 19.9C [68F] was the 3rd European capital today to have its warmest January day on records. 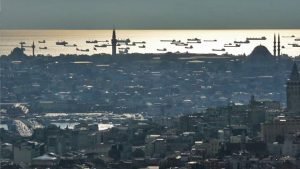 “Noting that the southwester winds will start to be effective in Türkiye and increase the temperatures during the whole week, prominent meteorologist Orhan Şen stated that the hottest days of January may be experienced in the Marmara region and the Black Sea regions.”

“It’s mid winter but it feels like a summer evening in parts of Turkey with warm downslope winds.

“Temperatures rose even above 22C [71.6F] and in the next 4 days the unusual warmth will continue. Monthly records will be broken in several countries. Stay tuned.” 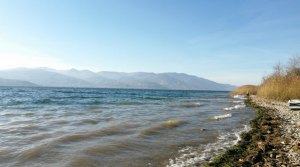 “Lake Sapanca, the main drinking water source of Sakarya, has set off alarms in Sakarya and Kocaeli as water levels have receded to 40 meters. The lake, being one of the few lakes in Türkiye that provides drinking water to the two big cities, has been exposed to drought due to low precipitation and increased urbanization.” 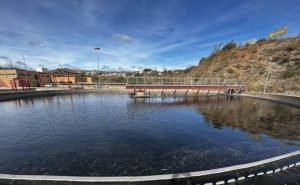 “Although the rain in December did something to alleviate the critical situation of the Axarquía’s La Viñuela reservoir, which had previously reached a record low at 9.1% of its capacity, the situation remains precarious. Following the wet spell that figure went up to just 11.2 per cent.” 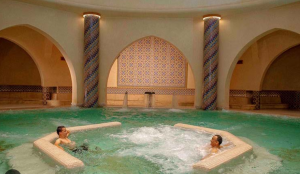 “As part of Morocco’s ongoing efforts to address the country’s water shortage, the Bouregreg and Chaouia Hydraulic Basin Agency (ABHBC) has launched a campaign to raise awareness on water conservation in Hammams (traditional bathhouses).”

“The Ghana GRID Company (GRIDCo) has said a raging bush fire under its high voltage near Tarkwa caused some power line trips leading to power outage in most parts of the country.” 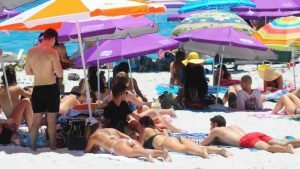 “Etemperatures presently being experienced across the country are set to persist in Zululand until Thursday. Over Zululand, extremely high temperatures, with some record-breaking minimum and maximum figures, are expected on Wednesday and Thursday.” 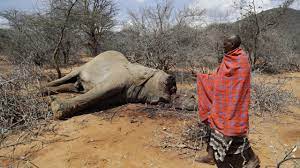 “Kenya’s idyllic Amboseli eco system has lost some 6,093 wildlife as a result of ravaging drought between June and November 2022. According to the International Fund for Animal Welfare and the Kenya Wildlife Service, rains that have been experienced within the ecosystem after a long dry spell is in short supply.” 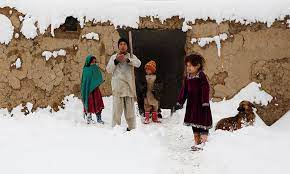 “‘The Coldest In Recent Years’: At Least 70 killed By Cold Snap In Afghanistan

“Freezing temperatures that dipped as low as -33 Celsius in Afghanistan have killed at least 70 people and 70,000 animals, according to officials on January 18, as the country’s humanitarian crisis worsens.” 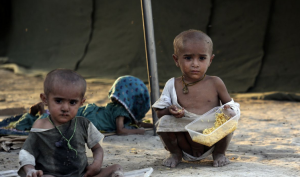 “Deadly floods hit Pakistan last summer, and have now only partly receded. 33 million people were affected in Sindh and Balochistan provinces, in what is widely regarded to have been Pakistan’s greatest climate disaster.” 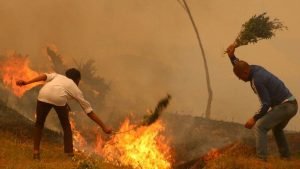 “Explained: How forest fires worsen flash floods in the Himalayas…

“Officials in Nepal said that the November 2020-March 2021 fire season was the country’s worst since records began in 2012. Similarly, officials described the number of fires reported last year in areas of northern Pakistan as “unheard of”.”

“Another cold record of this dynamic 2023. 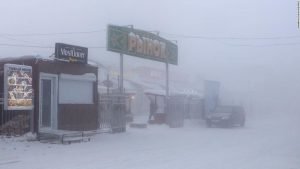 “Yakutsk, the capital city of Russia’s Sakha Republic in eastern Siberia, is widely identified as being one of the coldest places in the world. Large parts of Russia are currently experiencing record low temperatures and Yakutsk is seeing an abnormally long cold snap.”

““[The polar vortex] is coming right from Siberia where it’s very cold, coldest moments in decades,” Phillips told Daily Hive over the phone. “It’s on the move… and winter will come back in a gusto for the West in terms of the cold.”” 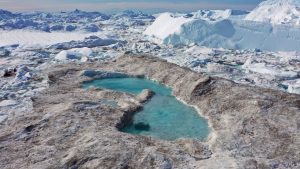 “Parts of Greenland now hotter than at any time in the last 1,000 years, scientists say.

“The coldest and highest parts of the Greenland ice sheet, nearly 2 miles above sea level in many locations, are warming rapidly and showing changes that are unprecedented in at least a millennium, scientists reported Wednesday… the finding is probably an underestimate…” 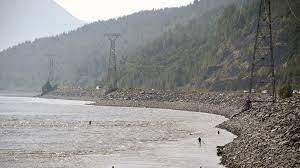 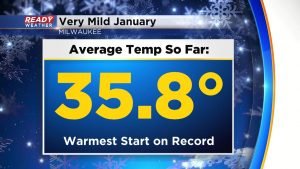 “As of Jan. 17, Southeast Wisconsin is experiencing the warmest January since records started to be kept in 1871. Steve Gastrau, owner of Gastrau’s Golf Center in Oak Creek, says people are taking advantage. “Busier this January than any other January,” he said.” 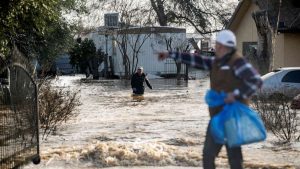 “California storms: The past three weeks were the wettest in 161 years in the Bay Area…

“From Dec. 26 to Jan. 15, 17 inches of rain fell in downtown San Francisco. That’s the second-wettest three-week period at any time in San Francisco’s recorded history since daily records began in 1849 during the Gold Rush. And it’s more than five times the city’s historical average of 3.1 inches over the same time.” 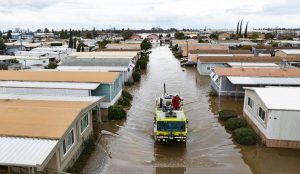 “The California Department of Water Resources (DWR) warned Monday that it is “acting with urgency to capture as much water as it can to help alleviate drought conditions, however current infrastructure to move water through the Delta is outdated, vulnerable to earthquakes” and “limits the export of water during these long, sustained winter storms.”” 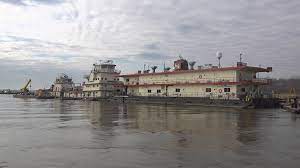 “Commerce on the Mississippi River accounts for a majority of the country’s agriculture and grain exports. But because of the recent lack of rain, water levels are being compared to one of the worst droughts in 2012. Each year, ships going through the Mississippi River transport tons of critical goods.”

“A major incident has been declared in Somerset because of flooding risks, the Environment Agency (EA) says. “Enhanced pumping” began on Tuesday at Northmoor to clear water off the Somerset Levels.” 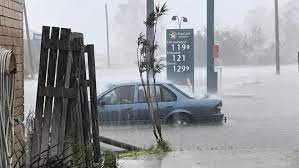 “Record-breaking rain continues to pound Queensland [Australia] as an intense heatwave strikes five cities and forces the Australian Open to postpone up to a dozen games.

“Play at the Australian Open in Melbourne was suspended on Tuesday as part of the tournament’s official Extreme Heat Policy… Finch Hatton has been pounded with a metre of rain in just five days.” 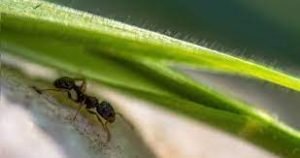 “Ants may be unable to adapt to global warming, a new study looking at their behavioural flexibility has warned. This leaves them highly vulnerable to impacts of climate change, as the insects could not move away from warmer sites despite costs to their well-being, suggested the paper published in the Journal of Animal Ecology.” 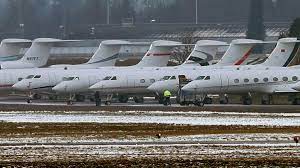 Apparently, humans not much good at altering their behaviour either: “The rich and powerful flocked to Davos via private jet to discuss climate change, study finds.

“At the World Economic Forum, which started Monday in Davos, Switzerland, the global business and political elite will discuss how to combat climate change, but their own private jet travel to attend the conference will cause a spike in planet-warming carbon emissions, according to a new study from Greenpeace International.”