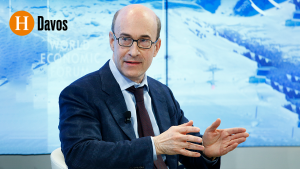 “Breakneck monetary tightening by the major central banks is nearing a critical tipping point and risks triggering a chain-reaction of financial distress, the world’s leading expert on debt crises has warned.

“He believes it was a minor miracle that the world averted financial crisis last year but the odds of a major accident are shortening as the delayed effects of past tightening feed through.

““We were very fortunate that we didn’t have a global systemic event in 2022, and we can count our blessings for that, but rates are still going higher and the risk keeps rising,” he told The Telegraph on the eve of the World Economic Forum in Davos.” 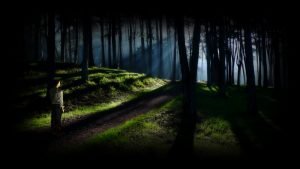 “The dangerous spread of shadow banking.

“Since the global financial crisis, regulators have restricted the lending abilities of traditional banks, leaving the riskier bits to non-bank financial institutions. The policy may have gravely backfired.” 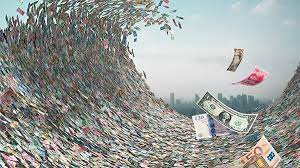 “The world opened up a debt trap, by making the terms of borrowing attractive but risky. Covid-19, soaring energy and food prices, higher interest rates, a strong dollar and a global slowdown have now rendered the costs prohibitive, duly closing the trap upon these vulnerable countries.” 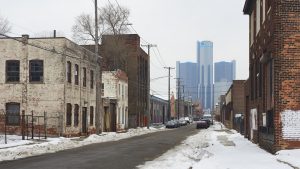 “The world has a major debt problem. Is a reset coming?

“…There is no easy way out of a global debt crisis, write Chan and Dimitrijevic. Avoiding a crisis will require unpopular actions and a “great reset” of policymaker mindset. That may mean more cautious lending, curbing overconsumption and restructuring projects or entities that don’t make a profit.”

“The World Economic Forum’s Klaus Schwab on What Lies Ahead…

“…when you have a restructuring of an economy, it bites into the purchasing power of the people. We should not look at the global economy with a crisis mindset and a short-term approach. We have to manage in a strategic way this transformation period, which may last three, four, five years and will be socially very painful.”

“This is the lowest level since the worst of the pandemic in May 2020 and among the lowest levels in the survey’s history, the regional Fed bank said… Any reading below zero indicates contraction.” 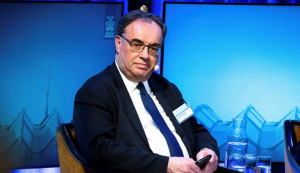 “Andrew Bailey said the package of reforms, which are intended to boost the competitiveness of the UK’s financial industry, increased the risk that pension providers could run out of capital to back up their promises. Mr Bailey cited the collapse of Equitable Life as an example. The demise of the world’s oldest mutual insurer was described as a “Ponzi scheme”…” 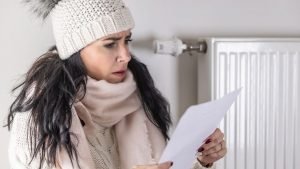 “The boss of one of Europe’s biggest energy companies has warned that higher gas and electricity prices are here to stay and consumers should not expect them to return to levels seen before Russia’s invasion of Ukraine.” 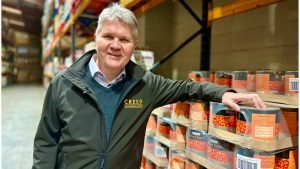 “A UK food wholesaler who supplies the catering trade has described the rise in food prices as “the worst I’ve seen in 40 years”.

“New figures from the Office for National Statistics revealed prices had risen on average 10.5% in the year to December 2022. Food prices have risen much faster.” 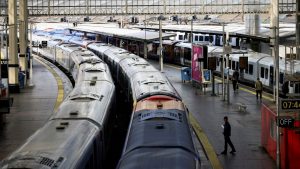 “Britain was in the grip of its worst industrial strife in more than 30 years even before the rail network and postal service ground to a halt over the festive period. Some 467,000 working days were lost to strikes in November…” 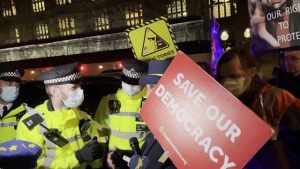 “The government issued a statement on Sunday night, in which it said it would table amendments to legislation that is already passing through Parliament called the Public Order Bill.” 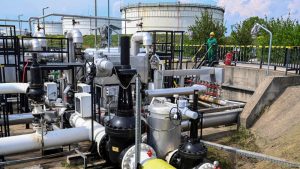 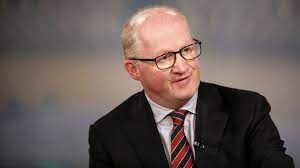 “…we need to raise rates more. Once we’ve made further progress, the risks will be more two-sided, where we will have to balance the risks of doing too much versus doing too little. This is not just an issue about the next meeting or the next couple of meetings, it’s going to be an issue for the next year or two.” 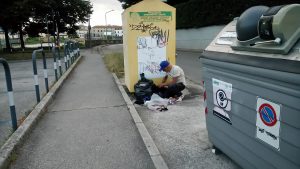 “A requirement for banks in the European Union to issue debt to plug depleted capital in a crisis is particularly challenging for lenders from Greece, Italy and Portugal, the bloc’s banking watchdog said on Monday.” 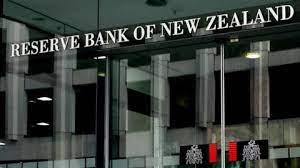 “New Zealand business confidence slumped to the lowest since the 1970s in the fourth quarter as the prospect of higher interest rates and weaker demand fuel fears of a sharper-than-expected recession. Expectations for profits, investment and hiring have tumbled…” 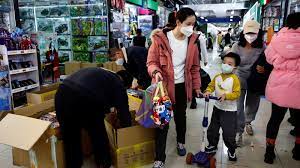 “Speaking on the eve of the data’s release, Cai Fang, vice-chairman of the Agriculture and Rural Affairs Committee of the National People’s Congress, said China’s population had reached its peak in 2022, much earlier than expected.” 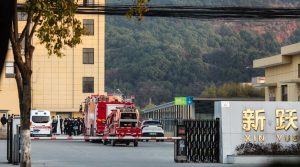 “In the eastern city of Hangzhou, witnesses said several workers climbed on the roof of a test kit factory and threatened to jump to protest unpaid furloughs. And at a separate test manufacturing plant in the city, workers protested for days over a wage dispute.” 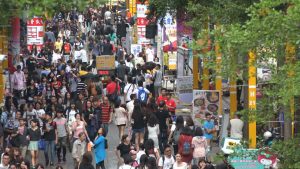 “Taiwan’s Economy Shrinks by Most Since Global Financial Crisis.

“Taiwan’s economy unexpectedly shrank last quarter, recording its worst contraction since the global financial crisis as waning global demand brought to an end a pandemic-fueled trade boom… The drag on the economy was “clearly from exports,” said Ho Woei Chen, an economist at United Overseas Bank Ltd. in Singapore.” 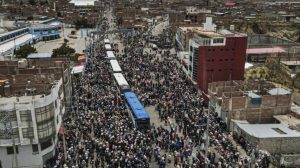 “With Peru’s capital bracing for two days of anti-government protests starting Wednesday, President Dina Boluarte called on the demonstrators flooding into Lima to gather “peacefully and calmly” — even as they demand her resignation. The South American country has been rocked by over five weeks of deadly protests…” 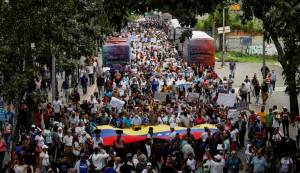 “Teachers, retirees and workers’ unions have marched in at least six Venezuelan cities to demand better salaries as the government of President Nicolas Maduro faces renewed challenges in its attempt to fight inflation.” 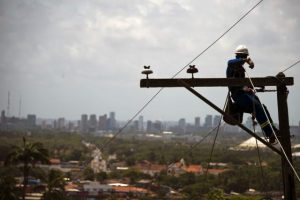 “Brazil has suffered a series of attacks on electricity towers since the Jan. 8 capitol riots, an unnerving development for a major economy that has no history of infrastructure sabotage. Four pylons have been toppled and another 12 vandalized since Jan. 8…” 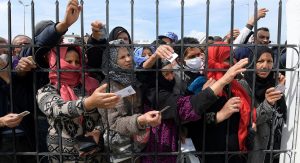 “Financial Crisis likely to Worsen in many Arab Nations.

“There is a general concern that the Lebanese scenario may unfold in many Arab countries as a result of the financial crisis compounding other crises… All economic indicators suggest that 2023 will see several of these debts turn into crises that some of these countries may not be capable of handling.” 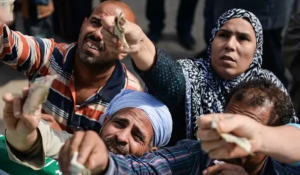 “…tens of millions of people are struggling to put food on their tables as the Egyptian pound has fallen to record lows and inflation soars above 20 per cent. The private sector is grappling with an almost year-long foreign currency shortage that is choking businesses. Egypt is a country in crisis.” 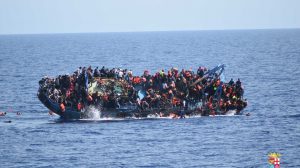 “Since the collapse of Lebanon’s economy in 2019, an increasing number of people — mostly Syrian and Palestinian refugees but also Lebanese citizens — have tried to leave the country and reach Europe by sea. The attempts often turn deadly.” 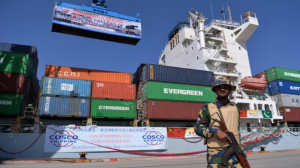 “Thousands of containers packed with essential food items, raw materials and medical equipment have been held up at Pakistan’s Karachi port as the country grapples with a desperate foreign exchange crisis. A shortage of crucial dollars has left banks refusing to issue new letters of credit for importers…” 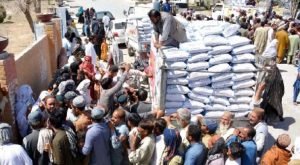 “Pakistan is facing its worst-ever flour crisis, with parts of the country reporting a shortage of wheat and stampedes reported from several areas in Khyber Pakhtunkhwa, Sindh and Balochistan provinces. Tens of thousands spend hours daily to get the subsidised bags of flour…” 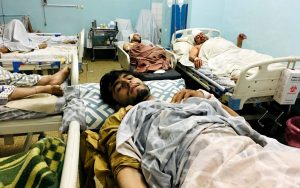 “For hospitals and health clinics, electricity can mean the difference between life and death. Health workers scramble to keep a steady power flow to everything from the storage fridges for life-saving medicines, to the incubators cradling premature babies – in which a drop of temperature can have drastic effects on a newborn’s health.” 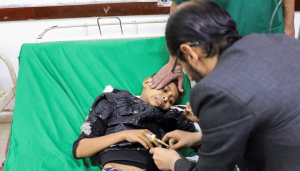 “”The hospital gives the medicines they have but the expensive medicines you have to go and buy them outside …we can’t afford these medicines,” Jabri said, pleading for help from well-wishers to send his son abroad for treatment.” 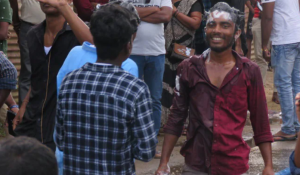 “To shoo away the protesters, the Sri Lankan police fired water cannons at them. However, in a gesture of defiance, the protesters pulled out the shampoo and started using the sprayed water to wash their hair.”