With apologies, there will be no thread tomorrow as I must return for my third and final session at the dentist. Back on Wednesday, probably with another “climate” thread. 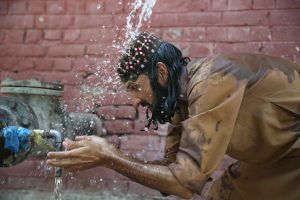 “More than 90% of the world’s population is projected to face increased risks from the compound impacts of extreme heat and drought, potentially widening social inequalities as well as undermining the natural world’s ability to reduce CO2 emissions in the atmosphere—according to a study from Oxford’s School of Geography…

“In the wake of record temperatures in 2022, from London to Shanghai, continuing rising temperatures are projected around the world. When assessed together, the linked threats of heat and drought represent a significantly higher risk to society and ecosystems than when either threat is considered independently, according to the paper by Dr. Jiabo Yin, a visiting researcher from Wuhan University and Oxford Professor Louise Slater.” 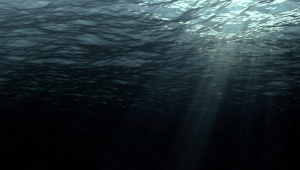 “Climate change could cause ‘disaster’ in the world’s oceans, say scientists.

“Climate-driven heating of seawater is causing a slowdown of deep circulation patterns in the Atlantic and Southern oceans, according to Earth system scientists at the University of California, Irvine, and if this process continues, the ocean’s ability to remove carbon dioxide from the atmosphere will be severely limited, further exacerbating global warming.” 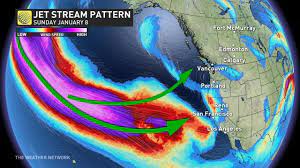 “In the middle of 2022, the jet stream configured into five big waves and led to concurrent heatwaves around the world. This pattern is known as wavenumber 5… One theory is that amplified warming in the Arctic is reducing the temperature difference between the hot and cold airs that the jet stream separates, which is slowing down the current and making it wavier.” 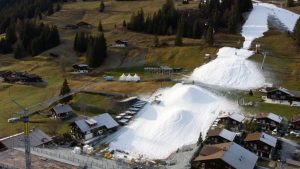 “…pulses of record warmth in North America and Europe have thwarted snow accumulation and, in some cases, depleted what’s on the ground. Now, Northern Hemisphere snow cover is near historical lows for midwinter.” 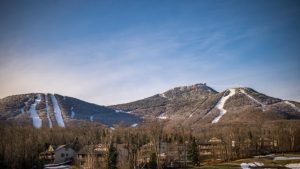 “Ski resorts across the northeast of the United States have been forced to close at a time of the year when it’s supposedly ‘peak season’ due to a lack of snow that’s tied to unseasonable warmth.

“The Northeast braced itself for several record-high temperatures around 60F to start the new year, following some of the coldest days of this winter registered on around Christmas Eve and Christmas Day.” 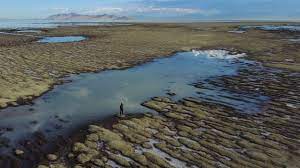 “Less than two weeks away from Utah’s 2023 legislative session, nearly three dozen scientists and conservationists released a dire report that calls on the state’s lawmakers to take “emergency measures” to save the Great Salt Lake before drains to nil.” 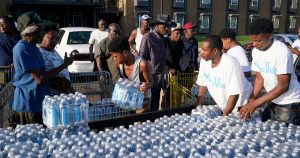 “‘This is no way to live’: Mississippians struggle with another water crisis.

“The faucets ran dry again. The showers produced nothing. The city of Jackson, Mississippi, plunged into its third major water outage in less than two years, crippled, leaking infrastructure withering before another bout of extreme weather.” 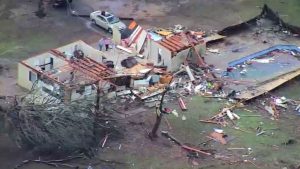 “Five tornadoes — all tracked in the same night — set the record for tornadoes in the month of January in Oklahoma. A system of severe storms moved through the state on Jan. 2, leaving behind enough evidence to confirm multiple tornadoes including two EF-1s.” 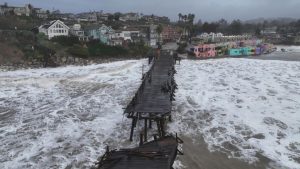 “California braces for ‘parade of cyclones’ after storms kill 12…

“Two overlapping phenomena – an immense airborne stream of dense moisture from the ocean called an atmospheric river and a sprawling, hurricane-force low-pressure system known as a bomb cyclone – have caused devastating flooding and record snowfall over the past week.” 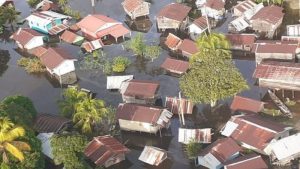 “2022 was another exceptionally rainy year in the French Guiana, after the wettest year on records 2021. 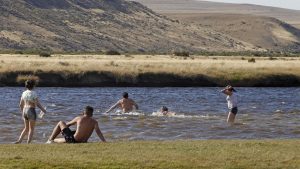 “While Brazil has been unusually cool including Sao Paulo and Rio de Janeiro, the heat is fierce in Central Argentina. 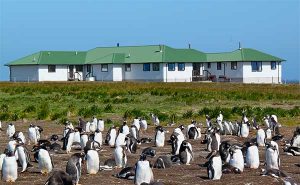 “Last station in the world to set an all time temperature record in 2022 was Sea Lion Island in the Falkland Islands/Malvinas on 22 December with 22.4C. 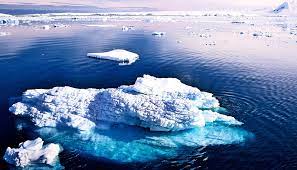 ““The current low sea ice extent … is extreme, and frankly we are working to understand it,” said Antarctica expert Ted Scambos, a senior research scientist with the Earth Science and Observation Center at the University of Colorado at Boulder. Scambos said the sea ice extent is about 270,000 square miles less than the previous low, set in 2018. That’s an area just a bit bigger than Texas…” 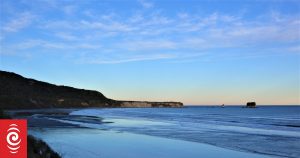 “NIWA forecaster Chris Brandolino told Morning Report Greymouth Airport on Sunday recorded a maximum temperature of 30.9C [87.6F] – the hottest in 76 years of record-keeping… This was the first time the temperature eclipsed 30C in the town, NIWA said, with the previous record 29.8C from February 2022.” 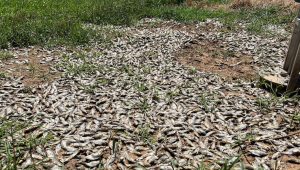 “Thousands of dead carp on northern Victorian farms after floods… 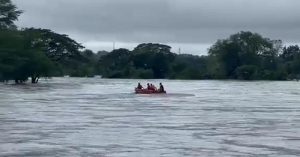 “In a social media post past 3 p.m., the provincial government of Aurora reported that 2,501 families or 10,353 individuals from 32 barangays have been affected by heavy rains… Some of the flood victims had to be rescued.” 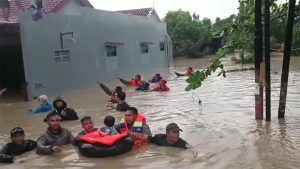 “As shown in the video that went viral on social media, the water level almost reached the roof of the houses and residents were struggling to save themselves.” 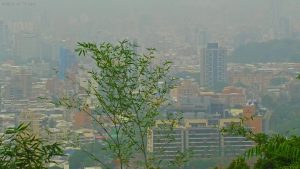 “An exceptional winter warm spell in kicking off in China and parts of Mongolia and later next week, also Koreas and Taiwan. 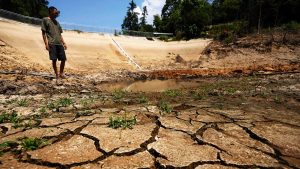 “Summer, autumn of 2022 hottest in over 60 years for China [ie since record-keeping began]…

“The number of days with an average temperature across China above 35 degrees Celsius hit 16.4 [61.5F] in 2022, the highest [on record]… Central and east China saw a 79-day heatwave streak last year between June 13 and August 30, with around 15 percent of China’s meteorological stations reporting record-hitting daily peak temperatures…” 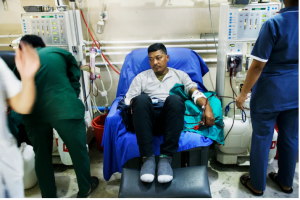 “The world’s torrid future is etched in the crippled kidneys of Nepali workers.

“Exactly how heat scars and cripples the microscopic tubes in the organs is still debated, researchers say, but the correlation is clear.”

“The land in the environmentally fragile Himalayan region is developing enormous cracks due to movements called subsidence. It happens when large parts of the ground sink. Buildings, roads and highways in and around the town are also cracking, alarming residents as well as local authorities. The pattern intensified over the past two weeks…” 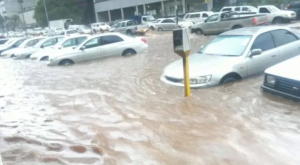 “Ever since deadly floods in April last year damaged an already ailing sewage and water system, millions of litres of untreated sewage have spilled into the beaches, rivers, harbours and ocean in and around Durban.” 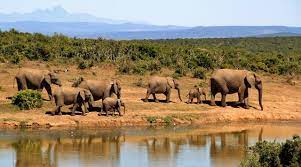 “African elephant numbers have dropped from about 26 million in the 1800s to 415,000 today. While this is largely due to European colonisation, poaching and habitat loss, these majestic animals now face another grave challenge. Climate change is causing droughts in much of Africa to become longer and more severe.” 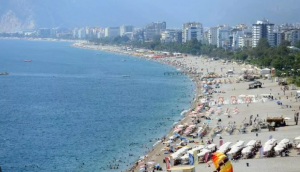 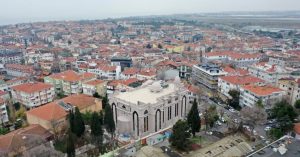 “Insufficient rainfall has caused severe drought throughout Turkey, especially in the highly populated western and northwestern regions, according to data released Thursday.

“Rainfall during the Oct. 1, 2022-Jan. 3, 2023 period dropped 31 percent compared to the previous same period across the country… With a 51.8 percent drop in rainfall compared to seasonal norms, Istanbul, a city of over 16 million residents, was hit the worst…” 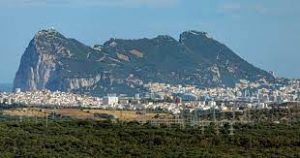 “2022 warmest year on record as climate change felt in Gibraltar.

“Last year was the warmest on record according to the Met Office, with Gibraltar feeling the effects of ‘human-induced climate change’. Principal Meteorological Officer Chris Burton told GBC that Gibraltar saw a mean temperature of 19.5°C [67.1F], with the previous record set in 1997 with 19.3°C.” 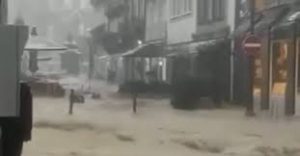 “Meteorologists estimate that 25 litres of water per square metre fell in this small time period, transforming parts of the city into a raging river. Considering northern areas have up till now avoided the kind of flooding horrors experienced in urban areas of Lisbon just before Christmas, Saturday’s deluge has seriously worried city authorities.”

“The average temperature for the year was 14.5 [58.1F] degrees Celsius (58.1 Fahrenheit), “very far above 2020 which held the previous record” of 14.07 degrees Celsius, Meteo France said in a statement. The heat was “a symptom of climate change,” it added.” 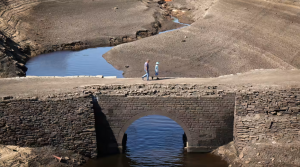 “The heatwave in 2022 put the spotlight on issues of water security and leakage as scientists warned climate change would lead to hotter and drier summers in future. The focus reignited the debate about the effectiveness of England’s privatised water system, in which a fifth of the water supplied is lost every year.” 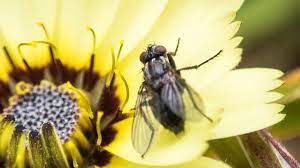 “Flies are taking over thanks to climate change — while moths and other pollinators disappear.

“…sadly, climate change is rapidly shifting the relationships between plants and certain bugs. And in Scandinavia, that has meant that flies are taking the place of moths and other more charismatic insects. The takeover of the flies speaks to the biodiverse history of the region that is being lost as the climate warms.” 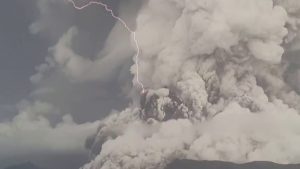 And for interest: “Lightning in the ‘cataclysmic’ Tonga volcano eruption shattered ‘all records’.

You can read the previous “Climate” thread here. I’ll be back on Wednesday with a new thread.