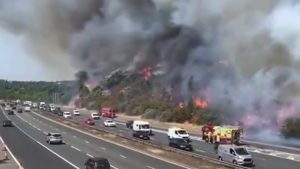 “The UK remains on track for its warmest year since records began, after November became the 11th month in a row of above-average temperatures.

“In order not to break the record, temperatures in December would have to drop to almost unprecedented lows, after an average mean temperature of 8.2C over November, the Met Office said.” 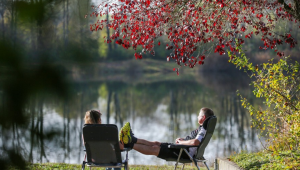 “Never since 1881 has the period from January to November in Germany been so warm as in 2022,” said DWD spokesman Uwe Kirsche in a statement on Wednesday…

“The temperature average for autumn alone was 10.8 degrees – an entire 2C degrees higher than it was between 1961 to 1990, which is used by meteorologists around the globe as a point of reference.”

“France had seen that 2022 had been the hottest for them since the 1900s when measurements began. The average temperature in 2022 for France is 14.2 degrees Celsius and could end up between 14.2C degrees and 14.6C degrees. The earlier record was 14.07C.” 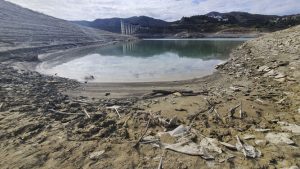 “The La Viñuela water reservoir in Malaga is now down to 9.2% of its capacity- a historic low. The lack of rainfall has caused the drought situation in the province of Malaga to worsen day by day. Currently, the reservoirs are at a third of their capacity, some even lower.” 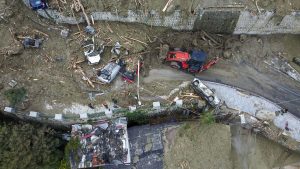 “A wave of mud, debris and stones broke away from Ischia’s highest mountain on Saturday, following torrential rain, and crashed down over houses and roads in and around the small town of Casamicciola Terme. The landslide forced the evacuation of around 300 people…”

“Increased Drought Across Africa a Precursor to More Conflict?

“According to the UN World Meteorological Organization (WMO), major rivers in Africa such as the Niger, Volta, Nile and Congo had below-average water flow in 2021… With water scarcity, conflict tends to follow, writes Robin Scher for The Independent Media Institute.” 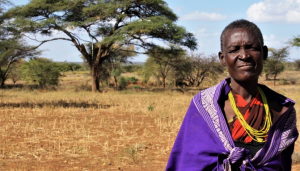 “In Uganda, climate change is leading to longer dry seasons, lowering crop yields and threatening the livelihoods of farmers and pastoralists. A surge in violent cattle rustling at the height of planting season exacerbated the situation. Now competition over increasingly limited natural resources could potentially lead to more conflict.” 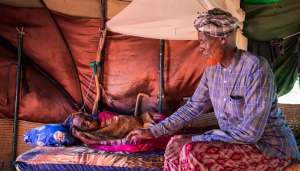 “Drought, hunger, conflict and rampant inflation have pushed about 130,000 people into camps around Galkayo in central Somalia. Many arrive with children suffering acute malnutrition only to face a new set of dangers.” 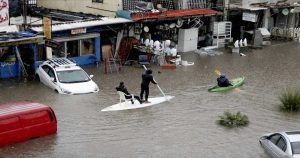 “Parts of Lebanon have been battered by heavy rain and flooding, with images online showing cars submerged as muddy water gushes through streets. The Keserwan-Jbeil governorate was particularly hard hit…” 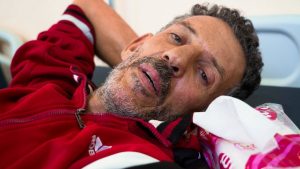 “People become infected with Cholera after ingesting food or water contaminated with a bacteria called Vibrio cholerae. It causes severe diarrhea, can kill within hours if untreated, and is closely linked to inadequate access to clean water and sanitation facilities.” 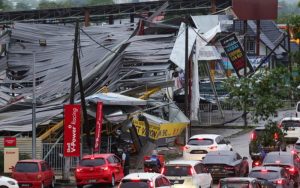 “A number of houses, shops and vehicles were badly damaged during a freak storm that hit Johor Bahru and Iskandar Puteri this afternoon. The roofs of several houses in Kampung Pasir here were blown off. To make matters worse, its occupants also had to deal with flash floods.”

“Record heat in the remote island of Cocos, an Australian territory in the Indian Ocean. 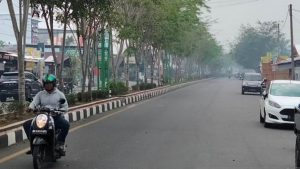 “Most of the world stations with the longest streaks of temperatures above average are found in Indonesia. 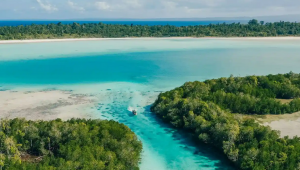 “The development rights to an entire Indonesian archipelago with more than 100 tropical islands is set to be auctioned next week, sparking concerns for the environmental impact on what Sotheby’s described as “one of the most intact coral atoll ecosystems left on Earth”.” 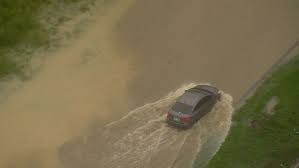 “La Nina is a natural phenomenon, but it is taking place against a background of human-induced climate change, which is increasing global temperatures and making weather more extreme, the WMO said. Despite La Nina’s cooling effect, both 2022 and 2021 were warmer than any year prior to 2015.”

“Japan had its WARMEST AUTUMN (Sept.-Nov.) since records began in 1898!

“The Japan Meteorological Agency also said that the season is warming at a rate of 1.31℃ per 100 years.” 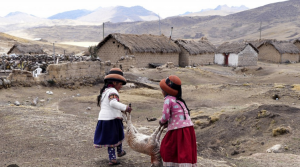 “Yuri Escajadillo, a climatologist with Peru’s National Meteorology and Hydrology Service, said an index used to measure droughts qualified the region as “extremely dry.” “It is a record value,” Escajadillo said. In Cconchaccota, there is no drinking water, sewage or telephone service.” 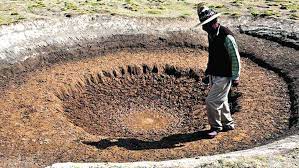 “More than 102,440 families were affected and 140,852 hectares of crops were damaged because of the drought registered in seven of the nine regions of Bolivia and that, in addition, is one of the factors for the spread of fires that are reported in at least five departments.” 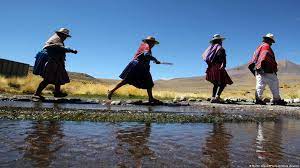 “Judges at the World Court …urged the South American neighbours to work together on issues surrounding the frontier river, which runs through one of driest places on Earth, as such a “shared resource can only be protected through cooperation”.” 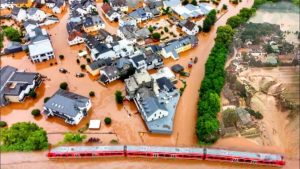 “Flooding in southern Brazil strands hundreds, some rescued by helicopter.

“Heavy rains caused serious flooding in southern Brazil on Thursday, where rescuers in the southern state of Santa Catarina were dispatched to help evacuate hundreds of families trapped in their homes… In February, 94 people died in mudslides after heavy rains in the historic Brazilian mountain town of Petropolis, near Rio de Janeiro.” 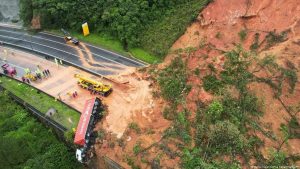 “At least two dead and dozens missing after landslide engulfs motorway in Brazil.

“Heavy rain caused a mudslide on the BR-376 motorway in the town of Guaratuba in Parana state. The whereabouts of around 30 people are unknown. Several vehicles are thought to have been buried under the rubble on the coastal road.” 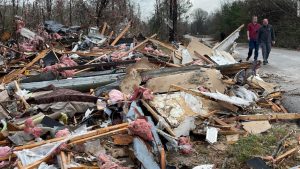 “Two dead in Alabama as tornadoes fueled by record heat hit US south… More than 50,000 customers in Mississippi and Alabama left without electricity as search and rescue teams go door to door…

“Record high temperatures in Texas and Louisiana intensified the storm front before it moved into Mississippi and Alabama, forecasters said.” 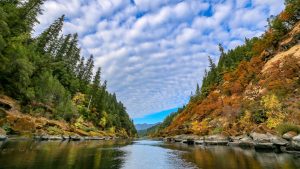 “Ecosystem ecologists at the University have established an increase of heat waves in rivers and streams across the United States, especially with warmer winter conditions. These heat waves have the potential to impact the water quality of the Rivanna River, creating a ripple effect that affects Charlottesville residents.” 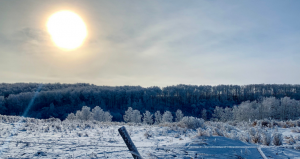 “This would tie the all-time record high temp for December. Dec 9th. 1932 is the only occurrence of an above freezing temp in Dec past century.” 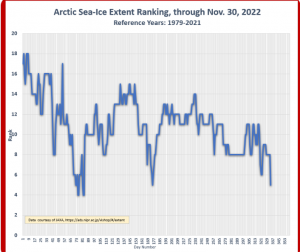 “All that heat anomaly in the Arctic is finally taking a toll.