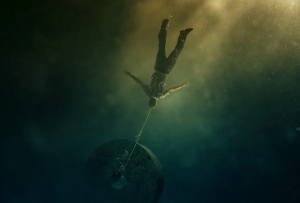 “The world economy’s debt pile continued to decline in the third quarter of this year, but the high interest rates that are deterring new borrowing will also trigger a dangerous increase in debt service costs, according to the International Institute of Finance.

“Total debt declined $6.4 trillion in the three months through September, to about $290 trillion, the IIF said in its quarterly Global Debt Monitor published Tuesday in Washington. That drop is amplified by the surging dollar, which makes loans denominated in other currencies look smaller when they’re measured in greenbacks.

“The risk now is that the cure for inflation — interest-rate increases by central banks — will impose a steep increase in debt-servicing costs for heavily indebted households, businesses and governments.” 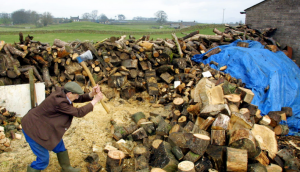 “If you think the world’s energy crisis is bad right now, next winter will be worse, says the OECD, whose new global outlook predicts bad times ahead.

“With millions of Americans and Europeans bemoaning the huge rise in cost to heat their homes and power their businesses during the bitter cold months, they ought to brace themselves for even worse times ahead—next winter.” 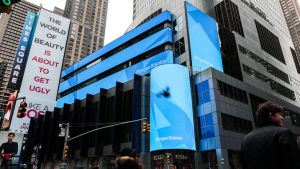 “The world’s largest investment banks expect global economic growth to slow further in 2023 following a year roiled by a war and soaring inflation that triggered one of the fastest monetary policy tightening cycles in recent times.” 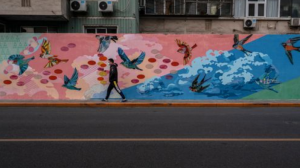 “…the 10-year yield traded 75.8 basis points below the yield of the 2-year note. If it finishes the New York session there or even lower, the spread would be at its most deeply inverted level since October 1981, when the fed-funds rate was at 19% under then-Federal Reserve Chairman Paul Volcker.” 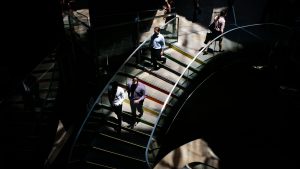 “Globally, commercial property landlords have been caught out in recent months as borrowing costs have shot up. Some lenders, unsure of where rates and property values will settle, are choosing to retrench. The mood across the industry — which was relatively bullish at the start of this year — has darkened rapidly…” 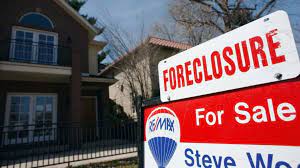 “The [US] Housing Market Crash Is Getting Worse. 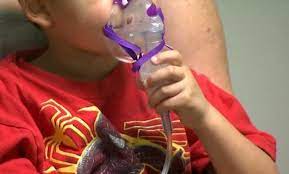 “Shortages of key medications used to treat common childhood illnesses like flu, ear infections and sore throats are adding to the misery of this year’s early and severe respiratory virus season.

““Right now, we are having severe shortages of medications. There’s no Tamiflu for children. There’s barely any Tamiflu for adults. And this is brand-name and generic,” said Renae Kraft, a relief pharmacist in Oklahoma City. Additionally, “as far as antibiotics go, there’s not a whole lot.”” 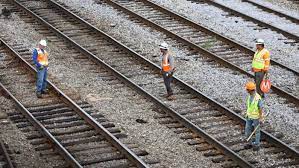 “American consumers and nearly every industry will be affected if freight trains grind to a halt next month. One of the biggest rail unions rejected its deal Monday, joining three others that have failed to approve contracts over concerns about demanding schedules and the lack of paid sick time. That raises the risk of a strike, which could start as soon as Dec. 5.” 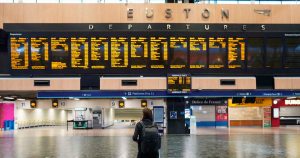 “The announcement of walkouts on December 13-14, 16-17 and on January 3-4, and 6-7 dashes hopes of a resolution to industrial action under way since June. It comes a week after the RMT won a mandate to continue strikes for six more months.” 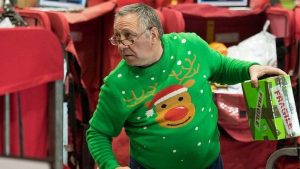 “Strikes by postal workers around Black Friday and in the run-up to Christmas are to go ahead after their union rejected a pay offer that Royal Mail said was final.

“Members of the Communication Workers Union (CWU) will strike for 48 hours on Thursday and Friday and on 30 November and 1 December, and will also carry out single days of action on 9, 11, 14, 15 and 23 December and on Christmas Eve.” 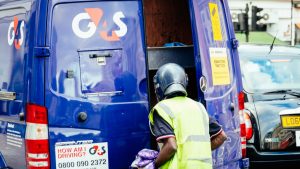 “More than 1,000 security workers who deliver cash and coins to some of the UK’s biggest banks and supermarkets have voted to strike in December, raising the prospect of potential cash shortages in the run-up to Christmas.” 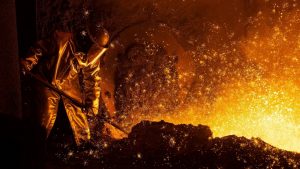 “Business confidence in Europe has hit rock bottom in the second half of 2022, with a third of the region’s biggest industrial companies expecting to stop or scale back operations in the bloc because of record energy prices and slowing demand.” 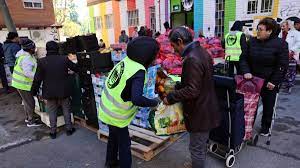 “Hugo Ramirez never thought that one day he would have to turn to food aid. After all, he has a permanent job in the construction industry. But record inflation has pushed the bricklayer to take the plunge: otherwise, it would be impossible to make ends meet.” 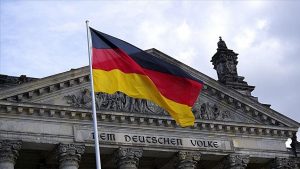 “German universities are being forced into cost-cutting measures because of the energy crisis.

“Koblenz University in the German state of Rhineland-Palatinate, for example, plans to curtail teaching from early December to early January. It is responding to energy-saving requirements imposed by the government.” 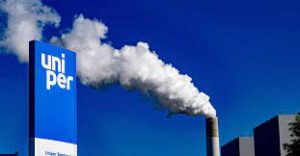 “The cost of bailing out German utility Uniper will be up to €25bn more than previously forecast, the company said on Wednesday, almost doubling the total to as much as €51bn… Fearing a collapse would ripple through the German economy, Berlin has already agreed to buy Uniper from Finnish energy group Fortum…” 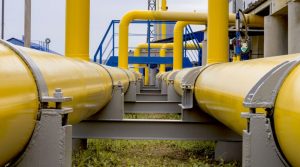 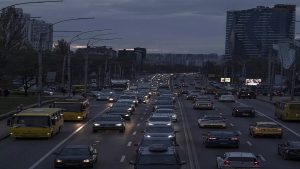 “”As a result of Russia’s bombardment on the Ukrainian energy system, within the last hour, we have massive electricity blackouts in the whole country,” Moldovan deputy prime minister Andrei Spinu wrote on Facebook. He added that the country’s national energy provider Moldelectrica was working to restore supplies.” 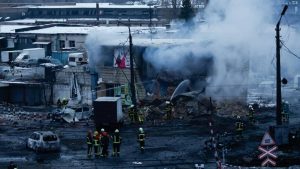 “Ukrainian energy systems on brink of collapse after weeks of Russian bombing.

“After just six weeks of intense bombing of energy infrastructure, Russia has battered Ukraine to the brink of a humanitarian disaster this winter as millions of people potentially face life-threatening conditions without electricity, heat or running water… raising the risk of economic collapse in Ukraine and a spillover refugee crisis in neighboring European countries.” 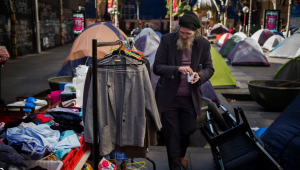 “Having a job is no longer a shield against poverty in Australia.

“In Australia right now, 306,000 households are receiving assistance from food relief organisations on a typical day. With stagnating wages and the rising cost of living, more and more working families, single parents and students are lining up for their next meal.”

“New Zealand’s reserve bank delivered its largest rate hike in history on Wednesday, piling pressure on the country’s homeowners… New Zealand’s homeowners are looking down the barrel of an era of financial instability.” 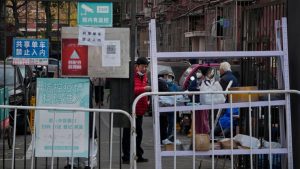 “The world’s second-biggest economy reported nearly 28,000 new Covid cases on Tuesday, with outbreaks in the Chinese capital, the southern manufacturing hub of Guangzhou and the southwestern metropolis of Chongqing continuing to grow.” 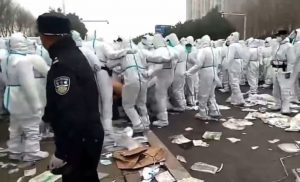 “According to reports from Bloomberg, workers at the Foxconn Technology plant started to protest overnight over unpaid wages and fears of Covid rates. Footage has circulated online, showing hundreds of workers marching, with riot police present.” 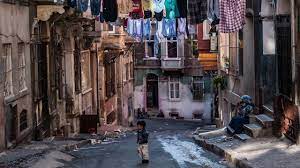 “The Japanese bank said that 22 of the 32 countries covered by its in-house “Damocles” warning system have seen their risk rise since its last update since May, with the largest increases in the Czech Republic and Brazil.” 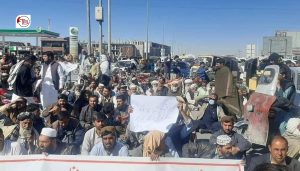 “On Sunday, protesters blocked the Quetta-Karachi highway near Mastung, in the southwestern province of Balochistan, over the suspension of gas supplies. Last week, demonstrators also blocked main roads inside Quetta, as the cold season begins to set in.” 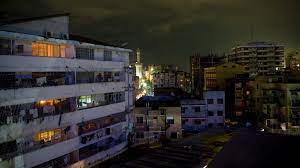 “Tanzanian authorities have started rationing electricity because of a drop in hydropower generation due to drought, the national provider said Wednesday, with some areas set to suffer nine-hour outages.” 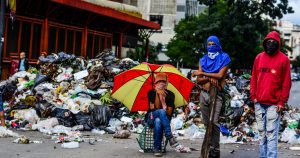 “Venezuela’s effort to curb high inflation by stabilizing exchange rates is becoming less effective as the local bolivar currency slips in value against the dollar, analysts said on Wednesday… “The fragile model is imploding…”” 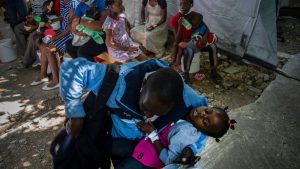 “Treatment centres in Haiti are being overwhelmed by the continued spread of cholera, Médecins Sans Frontières (MSF) has warned.

“The first case of a new outbreak of the bacterial disease was detected in Port-Au-Prince on 29 September and health authorities and medical non-governmental organisations have struggled to contain its spread amid spiralling gang violence.”