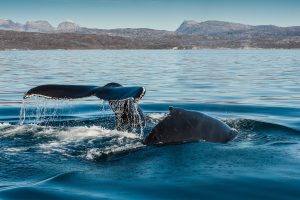 “A regime shift in an Arctic marine ecosystem that’s likely to become permanent.

“Findings of unexpected large numbers of fin and humpback whales in the previously ice infested waters of East Greenland now indicate a tipping point in the marine ecosystem from one regime to another that may be irreversible. 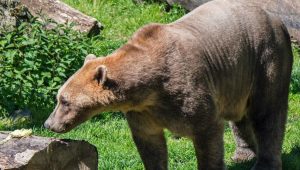 “From brolar bears to narlugas: The bizarre hybrid animals that could soon roam the Earth because of climate change.

“Arctic creatures that were once isolated are now venturing into new territories as sea ice melts. This includes the ‘brolar bear’ – the offspring of polar bears and brown bears that now hunt in the same areas.” 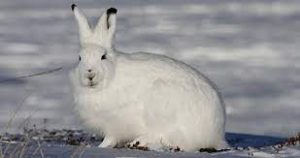 “A wide variety of Arctic animals including polar bears are being exposed to a tick-borne pathogen normally associated with rabbits and hares, a newly published study said. The findings are intended to help scientists track what is expected to be a northward spread of the disease into the warming Arctic.”

“Above freezing (>0°C) temperatures are predicted near the North Pole for a few consecutive days around Dec. 1, with widespread temperatures that are 24°C+ (43°F+) above average.” 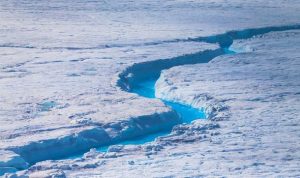 “This meteorological fall (Sep-Nov) has been much warmer than average in the Greenland Plateau.

“As human-produced greenhouse gases warm the climate, it’s reasonable to expect that U.S. snowfall in general will decline. Unusually warm lake temperatures in autumn and early winter can certainly boost the intensity of a particular lake-effect snow event, provided that sufficiently cold air passes overhead and other factors are in place.” 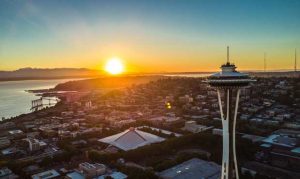 “Monday’s dry weather marked the 14th day without measurable precipitation at Sea-Tac International Airport, which set a new record for the longest period with no measurable rainfall in Seattle in November. The previous record of 13 days was set in 2000.” 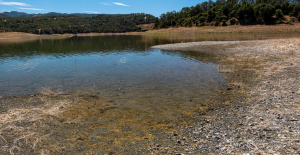 “California has lost out on a full year’s worth of rain and snow since 2020… The most severe drought in a millennium led to well over a half million acres of idle fields in 2022, researchers said in the report looking at how California’s driest three-year period on record has impacted the US’s largest agriculture producer.” 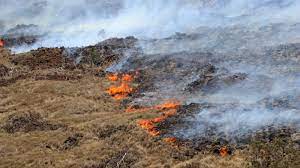 “You don’t often expect to hear “Hawaii” and “fire danger” in the same sentence, but wildfire concerns have been very real in the Aloha State in recent days. An ongoing drought is dehydrating the landscape, with noticeable effects on agriculture and ecosystems.” 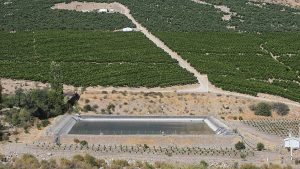 “A rural town’s river vanished. Is Chile’s constitution to blame?

“…In the past few years, Petorca has become a symbol of the fight over the right to water in Chile – which is unique to this Latin American country. Considered the epicenter of the country’s megadrought, Petorca has also always been at the center of Chile’s debate over the model of water management.” 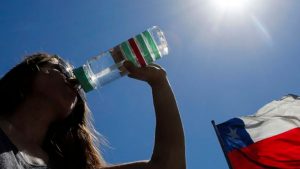 “A new heat wave hits several areas of Chile. An alert has been issued for the regions of Valparaíso, Metropolitana, O’Higgins and Maule, because the thermometers of some sectors could reach 37 ° C [98.6F]…

“We are not yet in summer, but in Chile we are already experiencing aheat wave, which even for this week, motivated an Alertfor 4 regions by the meteorological authority…” 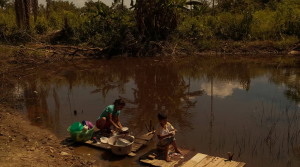 “A desperate wait for water in a drying Amazon.

“In the remote city of Rio Branco in Acre state [NW Brazil], some fear a climate tipping point has already been reached as the rainy season brings floods and the dry season, droughts… It hasn’t rained in more than a month, and probably won’t for another. The community pond that Franco and her neighbours used during the rainy season has dried to a muddy puddle.” 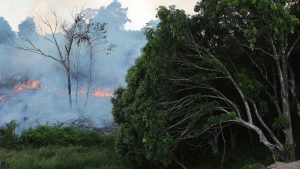 ““For Peru and Brazil, anyway, it’s a very tight correlation between roads and fires,” Finer told Mongabay, pointing out where highways cut through areas with the highest concentrations of fires on the map on his computer screen.”

“Bermuda, located in the Atlantic Ocean at a latitude of 32N, is warmed by the Gulf Stream resulting in a mild climate.

“But this month has been particularly warm and it had to wait until yesterday 21 November to record its first non-tropical night of the season – never happened so late.”

“Of those 2,816 deaths occurred during the three periods when the country was officially on heatwave alert – a 16.7 percent increase when compared to non-heatwave periods during the summer.” 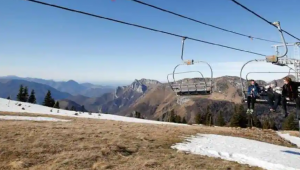 “Ski-lift demolished in French Alps because there is no snow left.

“In the small French Alpine village of Saint-Firmin, the ski lift has been dismantled because there is no snow left. The ski lift, originally built in 1964, has not been in use for years in the absence of natural snow. The last time it ran, the year was 2008.” 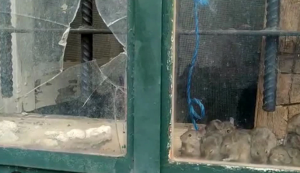 “‘Rats the size of cats’ and plagues of roaches: How a warm autumn can spark a pest psychosis. 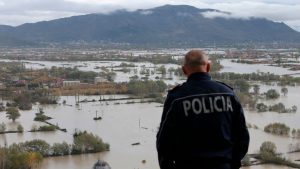 “On Sunday, up to 400mm (14in) of torrential rain fell in 12 hours and caused the Drini River, the longest in Albania, to overflow its banks by at least 10cm (four inches), according to the authorities.” 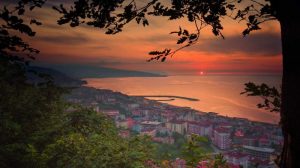 “Another incredibly warm night in the Caucasus and Black Sea area.

“At local 6am the temperature at Arsin in Northern Turkey is 23.8C / 74.8F (more than a typical dawn temperature in July!), while in Russia and Georgia many stations are near 20C. The warmth will last at least until Friday.” 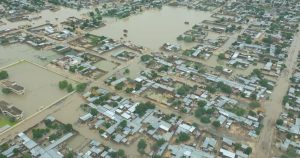 “Chad, catastrophic floods lead to the displacement of 157,000 people.

“INTERSOS has launched an extraordinary response in the capital to bring urgent aid to those affected by the flooding of the Chari and Logone rivers… entire areas of the capital are submerged in water, the houses have been swept away, 157,000 people, according to the latest data from the United Nations, have been forced to flee.” 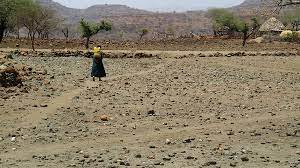 “Kiambu, Kirinyaga, and Murang’a counties have joined Laikipia, Tharaka Nithi, Meru, Tharaka Nithi, and Nyeri as areas that have been facing severe drought since the year began and require food, water and treatment of both livestock and people.” 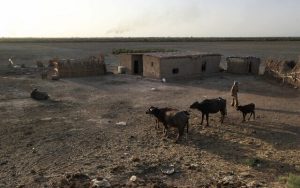 “Abbas Hashem fixed his worried gaze on the horizon — the day was almost gone and still, there was no sign of the last of his water buffaloes. He knows that when his animals don’t come back from roaming the marshes of this part of Iraq, they must be dead.” 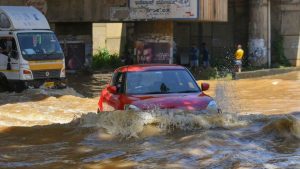 “India’s Silicon Valley broke the 2017’s record for the highest annual rainfall in history this year with total rainfall recorded at 1,704 mm [67.1 inches], as per the India Meteorological Department (IMD) observatory data.” 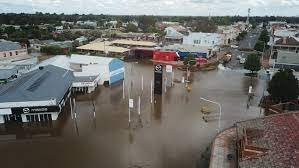 “The Insurance Council of Australia (ICA) chief executive, Andrew Hall, said that “by and large insurers are sticking by their customers”, but he insists changes are required in towns like Forbes, where eight homes were completely inundated and 140 were damaged.” 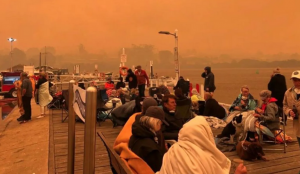 ““There is no good news,” tweeted Pep Canadell, a scientist involved in the report’s publication. “Australia is set for a very bumpy ride well into the second half of this century, and beyond depending on how fast [greenhouse gas] emissions decline.”” 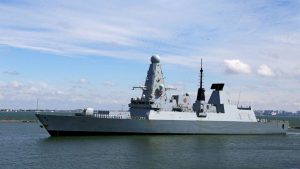 “The ice sheets, which play a vital role in global climate system, have been losing large amounts of ice at an increasing rate since the early 1990s. “If both those melt, ultimately, we are looking at 10 metres sea level rise,” he said. “That will affect our ports.”” [Yes, Lt Gen Nugee. Yes, it will].