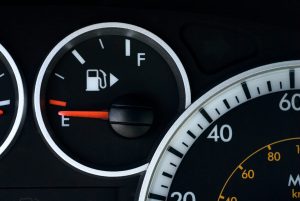 “No fuel is more essential to the global economy than diesel. It powers trucks, buses, ships and trains. It drives machinery for construction, manufacturing and farming. It’s burned for heating homes. And with the high price of natural gas, in some places it’s also being used to generate power.

“Within the next few months, almost every region on the planet will face the danger of a diesel shortage at a time when supply crunches in nearly all the world’s energy markets have worsened inflation and stifled growth.

“The toll could be enormous, feeding through into everything from the price of a Thanksgiving turkey to consumer bills for heating homes this winter. In the US alone, the surging diesel cost will mean a $100 billion hit to the economy, according to Mark Finley, an energy fellow at Rice University’s Baker Institute of Public Policy.” 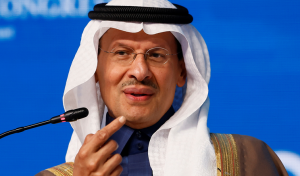 “Saudi Arabia on Monday said that OPEC+ was sticking with oil output cuts and could take further measures to balance the market amid falling prices, denying a report it was considering boosting output, according to state news agency SPA.” 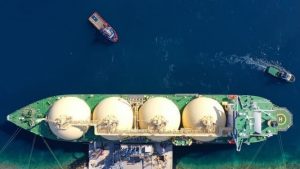 “Global Long-Term LNG Contracts Are Sold Out Until 2026.

“The global long-term LNG contracts before 2026 are sold out, top importer Japan says, amid heated competition for the fuel as Europe seeks to replace Russian pipeline gas supply. The estimate of sold-out LNG deals emerged from a survey of Japanese companies conducted by the local trade ministry and cited by Bloomberg.” 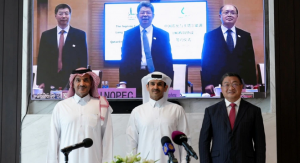 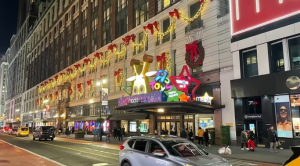 “Black Friday, the informal start of the peak shopping season, falls this week at a turning point for consumer spending, as the highest inflation since the early 1980s erodes shoppers’ purchasing power.” 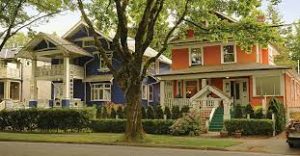 “How Bad Will Housing Get? The Chill Gripping a Once-Hot Market Offers a Test.

“For the past 25 years, Canada has been in the grip of the world’s biggest housing boom, a near unbroken run of price appreciation unparalleled among its developed peers. Now it’s over, and pain is starting to spread. Soaring interest rates have squelched demand and sent home prices sliding…” 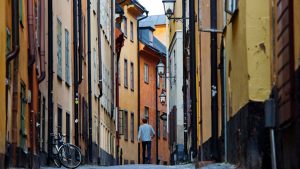 “Sweden’s home-price decline accelerated in October, as the Nordic country gripped by the most severe housing slump in three decades shows what may lie ahead for many other developed economies.” 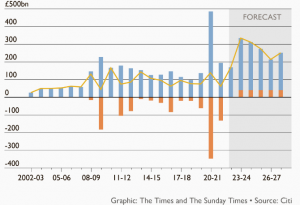 “This chart wasn’t in the autumn statement. But it’s the most important of all. Borrowing to keep Britain afloat threatens to drive away the investors so vital to economic recovery…

“The gilt markets, where private investors come to buy the debt issued by the government, are the bedrock for our economy. Everything from pensions to mortgages is dependent, one way or another, on what happens there. And you’ll perhaps remember that these markets are still recovering from a heart attack.” 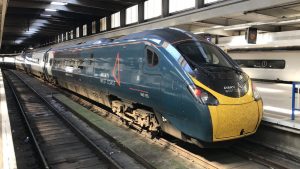 “Ministers have been accused of rewarding “abject failure” by firms such as Avanti West Coast, which is in line to receive a seven-figure performance bonus despite abandoning proportionately more journeys than any other operator.” 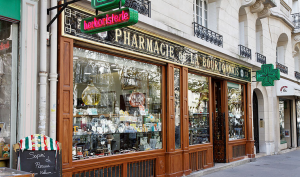 “Medicine shortages in France – which drugs are affected?

“The shortage primarily concerns two drugs: the over-the-counter drug paracetamol (Tylenol) – usually sold under the brand name Doliprane in France – and the prescribed antibiotic amoxicillin… Over a hundred other medications are also in short supply, such as two drugs used to treat Type 2 Diabetes…” 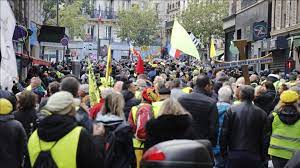 “”We can no longer live in France, our fridge is empty,” Josiane told Anadolu Agency, adding that hospitals and social services are in a bad condition. Another protester, Charlotte, said inequalities are increasing in France at an unprecedented rate.” 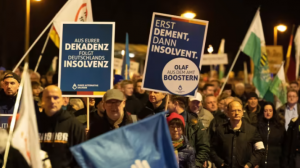 ““The embargo policy against Russia has failed completely and is being directed catastrophically against ourselves,” the speaker continued, invoking the Holocaust and declaring the war in Ukraine a “paradise” for “warmongers, arms companies and profiteers”.” 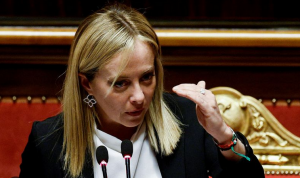 “Italy’s new right-wing government plans to announce some 30 billion euros in new spending on Monday in a budget for next year, mainly focused on curbing the impact of high energy prices while postponing some of its most lavish election promises.” 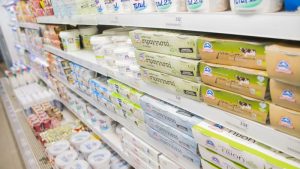 “Food prices in Athens and Berlin are almost at the same level, but the German minimum wage is more than double the Greek one, leftist Avgi journal has reported. According to the press report, the situation is dramatic, especially for low to very low incomes.” 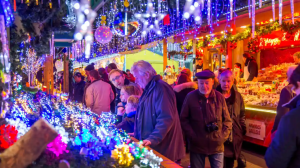 “European Christmas markets and illuminations are scaling back due to the energy crisis and climate breakdown – ditching seasonal ice rinks for rollerskating and switching on lights for less time.” 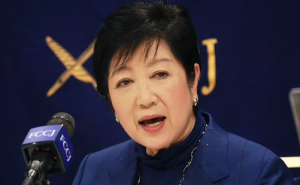 “Turtlenecks Are Tokyo’s Latest Tool to Save Energy This Winter.

“Tokyo is promoting a 1960s fashion staple in a bid to avoid blackouts this winter. A turtleneck or scarf “will make you feel warmer and prevent you from catching a cold, and it will also help save electricity,” Governor Yuriko Koike said Friday in a news conference…” 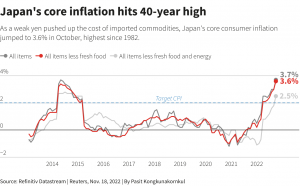 “Japan’s weighted median inflation rate, which is closely watched as an indicator on whether price rises are broadening, hit a record 1.1% in October in a sign of heightening inflationary pressure from rising raw material and labour costs.” 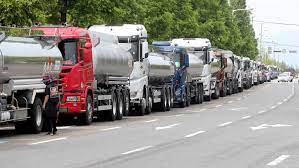 “Truckers in South Korea are planning to go on strike for a second time this year, threatening again to disrupt global supply chains for everything from automobiles to fuel. The Cargo Truckers’ Solidarity division of the Korean Public Service and Transport Workers’ Union is asking members to stop work nationwide from 12 a.m. on Nov. 24…”

“China has locked down a major transportation hub in the south, as the country grapples with its largest nationwide Covid outbreak since April.

“The lockdown also follows rising cases in Beijing, which reported the country’s first Covid deaths in nearly six months… There are rising fears that cities are once again coming to a standstill in the world’s second largest economy.” 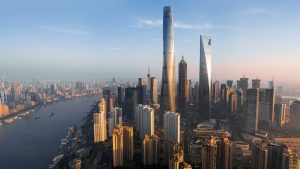 “Shanghai’s housing market slump to worsen as wealthy owners cash out and leave mainland China on fears of worsening economy.

“Some 135,400 pre-owned flats were up for sale at the end of October, an increase of 7.8 per cent from a month earlier, according to Fangdi. ‘More middle class people will leave the country in the coming years as they are increasingly worried about prospects for the economy,’ says one resident heading to Portugal.” 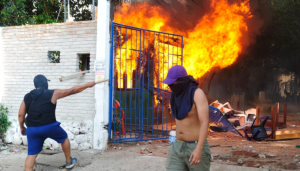 “Tropical, sunny and relatively wealthy, Bolivia’s farming region of Santa Cruz has long butted heads with the arid highland political capital La Paz. Now, buttressed by rising soy and beef exports, it is in a power struggle for greater political and financial clout.” 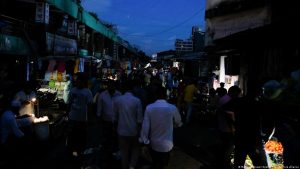 “The government reintroduced rolling blackouts in July following a gas shortage fuelled by the Russia-Ukraine war. It also raised gas and fuel oil prices to save the depleted foreign currency reserves.” 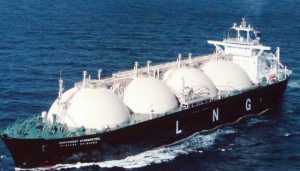 “No end to Pakistan’s gas crisis…

“Even businesses haven’t done much to prepare themselves, despite early warnings of a worsening crisis this year. They can only brace themselves for a bad winter in terms of gas supplies due to depleted local reserves and unaffordable imported LNG.” 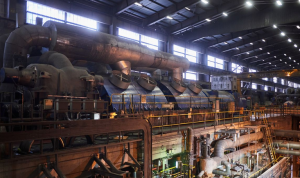 “Public Enterprises Minister Pravin Gordhan met members of Eskom Holdings SOC Ltd.’s board on Sunday amid “serious concerns” about the risk of increased nationwide blackouts in the months ahead, his department, which oversees the utility, said in a statement. The outages are expected to deepen this week.” 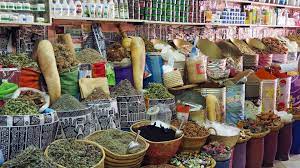 “Due to Lebanon’s continuous economic collapse and exorbitant inflation rates, most of the country’s population is unable to access the health care system. Medical shortages and high hospital costs have rekindled interest in ancient medical practices, which differ in type and price.” 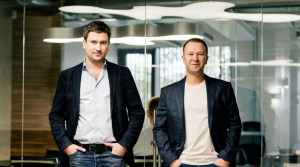 “The defendants allegedly induced victims to enter into rental contracts for fraudulent equipment with the men’s crypto mining service HashFlare. They also are accused of soliciting investments in a virtual currency bank called Polybius Bank, which, prosecutors said, was neither a bank nor paid dividends that were promised.” 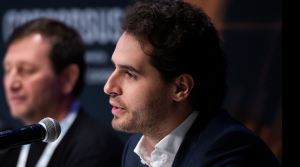 “Nexo sued by investors blocked from cashing in on £107m crypto holdings.

“The three crypto investors have filed a High Court lawsuit against London headquartered Nexo over claims it stopped them from withdrawing more than $126m (£107m) worth of cryptocurrencies and then intimidated them into selling their assets at a 60 per cent discount.” 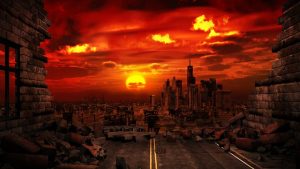