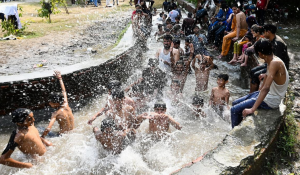 “Temperatures of up to 40 degrees [104F] were recorded today in the center and north of [Argentina] as a heat wave that affected that entire region, yielding unusual records for the month of November…

“In Tucumán, Catamarca and Santiago del Estero, temperatures of between 38 and 40 degrees were recorded, In the Buenos Aires party of Morón 36.3 degrees were registered yesterday, a mark that was not felt in the month of November since [records began in] 1961.” 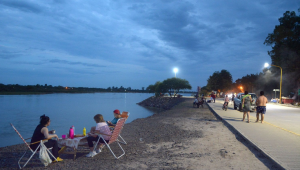 “Heat wave and storms in San Juan [Argentina]: the foretaste of a “hellish” summer…

“Climatologist Germán Poblete … noted that we are going through “a period of instability, a product of climate change. As for the rains, they are isolated because they behave like “bubbles” that explode in one place and not in others. It may be raining on July 9 and in Chimbas, nothing.”” 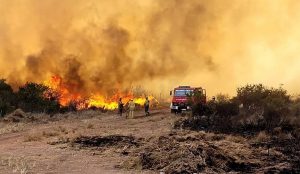 “Gustavo Nicola, general commander and national director of the Single Coordination of Operations of the National System of Volunteer Firefighters, referred Wednesday onCNN Radioto the fires that Salta and Jujuy are suffering.” 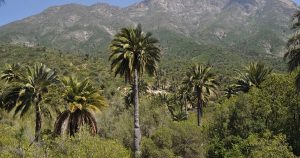 “La Campana National Park in Chile is home to threatened species of plants and animals, many found nowhere else. The region has been suffering a 12-year drought, and in spite of rains this year, experts say it’s too early to say whether the climate trend has been reversed.” 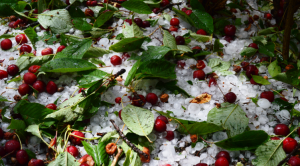 “Damage to early fruit in Chile is estimated to be about 10%, with the full extent currently being assessed, after a freak hailstorm, which touched some cherry, table grape and blueberry farms over the past weekend of Saturday 12 and Sunday 13 November. Rain, let alone hail, is most unusual during Chile’s early season experts say.”

“Honduran farmers at the mercy of climate change-induced drought, floods.

“When Natividad Maldonado returned to his native Honduras after 17 years as a migrant in the United States, he was struck by the dramatic shift in the weather patterns he was experiencing on his small family cattle ranch.” 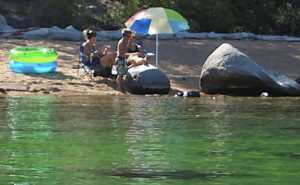 “Schadlow explains “One of the major drivers of cyanobacteria blooms when we get large occurrences of them is having warm water temperatures.” In September, South Lake Tahoe broke a thirty-five year old record with temperatures in the low 90’s on the South shore, about 15 to 20 degrees over seasonal averages.” 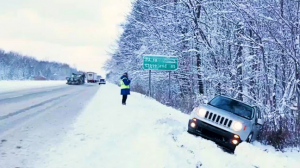 “A potentially historic storm is bearing down on western New York state, bringing treacherous snowfall that could damage infrastructure…

“Areas east of Lakes Erie and Ontario may see snowfall at a rate of more than 3 inches per hour and be occasionally joined by lightning and gusty winds, the weather service warned.” 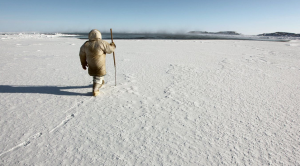 “Andrew Arreak says travelling on the ice — the main highway in Canada’s Arctic — provides access to the land and food, connects communities and is part of Inuit identity. But climate change is making ice travel less predictable.” 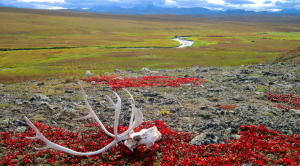 “Arctic vegetation has a major impact on warming…

“”Our study shows that the type of vegetation on an Arctic surface has a major impact on how direct warming will be. Whether there are shrubs, grasses, mosses or wetlands matters considerably for the degree to which solar energy is absorbed and how it gets converted. In fact, in some cases, vegetation type is nearly as decisive as whether snow is present,” says Professor Friborg.” 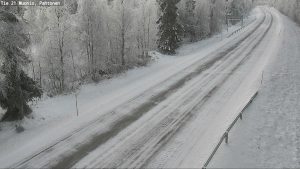 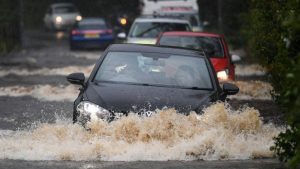 “The UK is braced for more heavy winds, rain and flooding on Thursday night after being hit by half a month’s worth of rain in 24 hours following a period of unseasonably warm weather, as the Met Office issued a “possible danger to life” warning for parts of Scotland.” 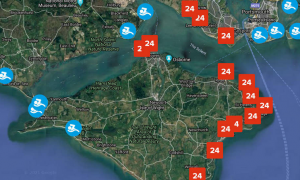 “As we have sadly come to expect after a period of heavy rain, the Isle of Wight coastline has been subject to storm sewage being discharged from sewer overflows this week.

“Southern Water’s own Beach Buoy service reports ten locations where an “ongoing overflow release that may have affected water quality” in the last 24 hours.” 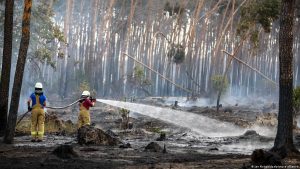 “No longer evergreen: Germany eyes diversity to save forests…

“Germany recorded its worst bout of forest fires in 2022, and experts believe such calamities will only intensify in the coming years because of climate change. Foresters are now racing to make the woods more resilient, including by giving Germany’s forests — known for its acres of evergreens — a complete makeover.” 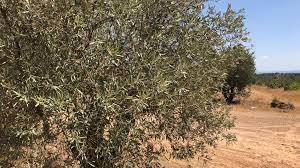 “…Spain, the world’s leading olive producer, has seen its harvest fall victim to the global weather shifts fueled by climate change. Industry experts and authorities predict that the harvest of the tiny fruit will fall by more than 50 per cent compared to last year, due to this year’s summer drought.” 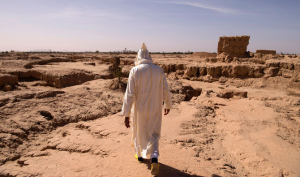 “The situation has impacted all regions of the country, especially the region of Marrakech, home to the best quality Nadorcotts in Morocco… In the context of global inflation, a drop in the water supply is coupled with a dramatic increase in the production costs.” 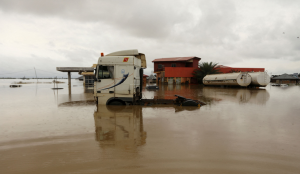 “The heavy rain behind recent devastating flooding in Nigeria, Niger and Chad was made about 80 times more likely by the climate crisis, a study has found.

“The finding is the latest stark example of the severe impacts that global heating is already wreaking on communities, even with just a 1C rise in global temperature to date.” 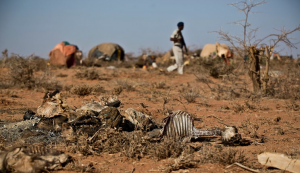 “Recently, I interviewed a 70-year-old coconut farmer, who told me about the hundreds of trees he was losing to the drought ravaging his home town of Rabaiin southern Kenya. Fighting back tears, he told me how weather patterns that he could no longer master or predict had left him without a way to provide for his family.” 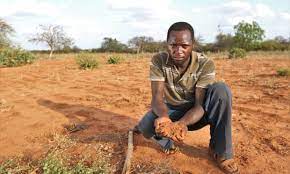 “In Kenya, arable land on the outskirts of the capital, Nairobi, is supposed to be especially fertile. But four consecutive failed rainy seasons have turned one farmer’s life upside down. Alice Muthoni says it’s been almost three years since she’s had a substantial harvest.” 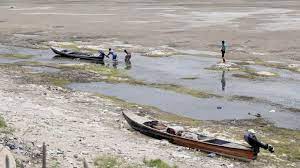 “River flows have fallen by 40% in the past four decades as the states along its length — Turkey, Syria, Iran and Iraq — pursue rapid, unilateral development of the waters’ use. The drop is projected to worsen as temperatures rise from climate change.” 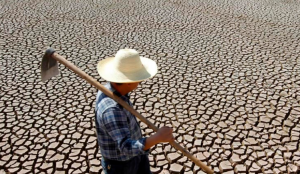 “Following a record-breaking drought over the summer, China is on the brink of a water catastrophe that could have devastating consequences for global food security, energy markets and supply chains, according to a report from Rice University’s Baker Institute for Public Policy.” 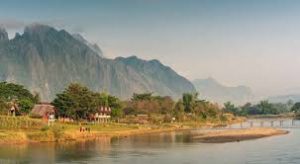 “Heat wave in SW China, Laos and parts of Thailand and Myanmar.

“Today the temperature rose to 35.2C [95.4F] at Yuanyang, Yunnan, in China, a rare temperature for the 2nd half of November. In Laos 36.4C at Sekong. Next days the Laotian national heat record for November will be threatened.” 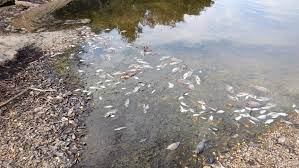 “Cause of mass fish kill in Mulgrave River [Queensland, Australia] under investigation…

“…some locals believe the fish kill numbers to be in the tens of thousands… While the cause of the fish kill is still unknown, it is suspected to be the result of low levels of dissolved oxygen in the water which can occur during periods of high temperatures and low river flows.” 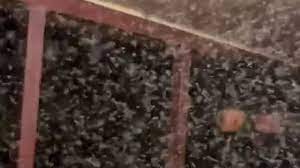 “Swarm of giant mosquitoes descend on NSW after floods.

“It’s understood to be the worst infestation the region has seen in 30 years. The blood-sucking insects are also twice the normal size, as farmers grapple with keeping them at bay. “We are hearing from farmers if you work outside, they get on your hair, up your nose, they bite them through their hats even,” Stewart said.” 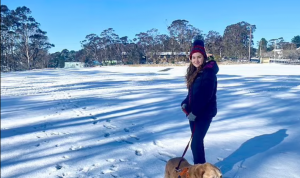 “Australians on the east coast have woken up to an unusually chilly morning as a polar blast sends temperatures falling way below the November average… Mount Hotham in the Victorian Alps hit -7C overnight, the state’s coldest temperature on record for November, the Bureau of Meteorology reported.” 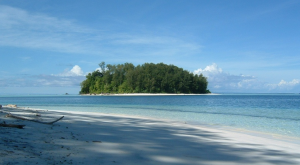 “Heat Wave in the Solomon Islands in Oceania.

“Yesterday the small Taro Island, north of Choiseul Island and not far from Bougainville Island (still belonging to Papua New Guinea) rose to 34.8C [94.6F], 0.1C from its hottest day ever and 0.3C from Solomonian November national heat record.” 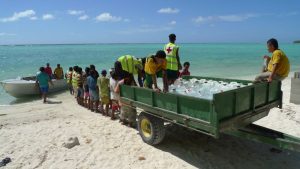 “Emergency grant for Tuvalu to help combat effects of drought.

“Aaron Batten from the Asian Development Bank’s Pacific Subregional Office said the persistent drought has exhausted rainwater supplies and made groundwater sources unsafe to drink. “The state of public emergency in Tuvalu triggered by historically low levels of rainfall underscores the compounding impacts of the climate crisis to Pacific island countries,” he said.” 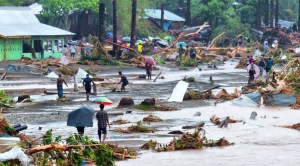 “‘When a cyclone hits a thatched hut in the Pacific Islands, it’s raw and scary’…

“The climate crisis hits those without the means the hardest… When a cyclone hits a Pacific Island, apart from the direct impact on key infrastructure and services, it takes down banana crops and pulls breadfruits from trees, and overnight the food stables and livelihoods of thousands of islanders are wiped away.” 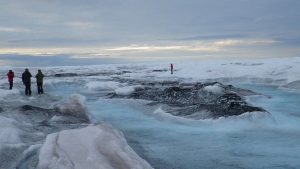 “‘Vast’ mass of microbes being released by melting glaciers.

“Bacteria can fertilise ecosystems but need to be studied closely to identify potential pathogens, scientists say…The study found that hundreds of thousands of tonnes of microbes would be released every year in all future scenarios for global heating.” 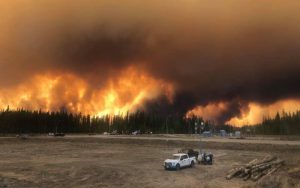 “Air pollution from wildfires expected to surge as world warms…

“The number of wildfires is expected to increase by almost 15 per cent by 2030 and 30 per cent by 2050, found a UNEP-backed report released earlier this year. Even areas not normally thought of as fire-prone, such as wetlands and the Arctic, are at risk of going up in flames.” 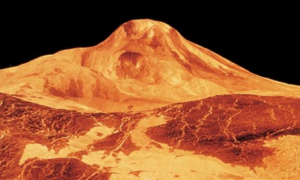 And, finally, some good news – it seems us crazy humans may not be precipitating a Venusian scenario for poor, old Earth:

“…a study by MIT researchers in Science Advances confirms that the planet harbors a “stabilizing feedback” mechanism that acts over hundreds of thousands of years to pull the climate back from the brink, keeping global temperatures within a steady, habitable range.”