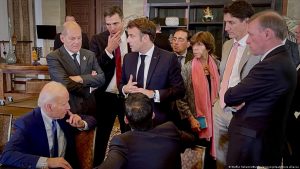 “World leaders gathered on Tuesday at a moment of severe geopolitical turmoil, as the global economy slinks toward recession, weighed down by high inflation, a growing scarcity of food and the side-by-side threats of oil shock and financial crisis.” 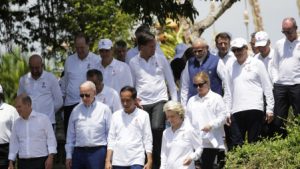 “In a leaders’ declaration signed on Wednesday, the Group of 20 (G20) members said the world economy was facing “unparalleled multidimensional crises” ranging from the war in Ukraine to a surge in inflation, which are forcing many central banks to tighten monetary policy.” 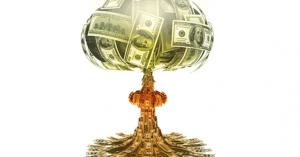 “Since the financial crisis, the central banks have vastly increased their exposure to market, interest rate and credit risk. And on their central mandate of price stability they have failed dismally to anticipate accelerating inflation.” 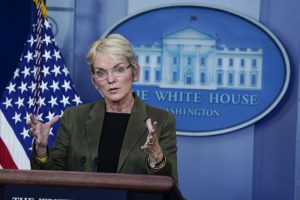 “President Biden may order fuel distributors to keep greater inventories at home in a bid to ensure an adequate supply of heating oil for the Northeast, Energy Secretary Jennifer Granholm has said, as quoted by Bloomberg.

“The reason is a looming shortage of diesel and heating oil, especially in the Northeast, which the White House is worried may compromise the region’s energy security during peak heating season.” 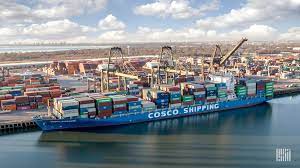 “Container freight volumes at the largest U.S. ports were down 3.8% in September compared with the same month a year earlier, confirming the slackening of merchandise trade and downturn in the business cycle… The same slowdown was evident on the railroads…” 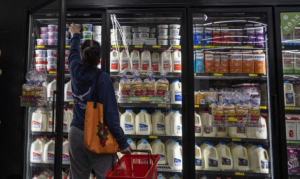 “Household debt in the US is rising at the fastest pace since 2008, as inflation pushes Americans borrow more with credit cards to make ends meet.

“Total household borrowing reached $16.51 trillion in the third quarter, a $351 billion increase from the prior quarter and 8.3 percent jump from a year ago, the fastest annual increase in 14 years.” 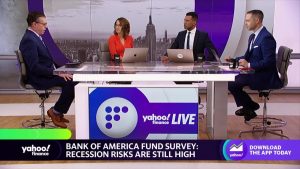 “Fund managers are overwhelmingly anticipating next year to be a period of stagflation, with almost no one saying a turn into deflation is a worry, according to the latest survey by Bank of America.

“An incredible 92% say they are expecting below-trend growth and above-trend inflation next year, the survey says.” 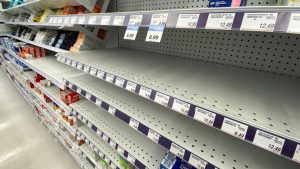 “Drugstore shortages in Canada are now extending beyond the children’s pain and fever medication aisle into other over-the-counter and prescription drugs as supply problems worsen across the country.

“Hundreds of medications are either running low or out of stock completely, with some store shelves depleted of children’s allergy medication, adult cough and cold syrup, eye drops and even some oral antibiotics…” 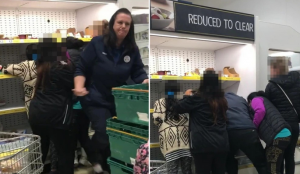 “Eggs, milk and cheese are now luxury items in the UK with hard up Britons feeling like they are ‘buying gold bullion’ when trying to pick up basics from the supermarket, experts told MailOnline today.

“With inflation hitting 11.1% in October – the highest rate for 41 years – the extraordinary rise in the cost of living in the UK is laid bare with the price of staples such up by 48 per cent.” 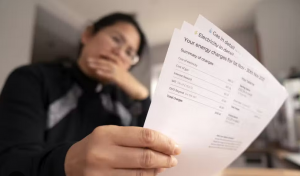 “Revealed: Brits are paying the highest electricity bills in the entire world.

“A new study looked at Government data on electricity and gas prices from the past five years to analyse the impact of the worsening cost of living crisis and discover which countries have had the biggest year-on-year increase in energy prices. The data, compiled by BOXT, was shared with City A.M. today.”

“As inflation rockets and recession looms, many British businesses are struggling to secure affordable bank finance, piling pressure on the embattled UK government as it unveils a budget aimed at reviving the economy.” 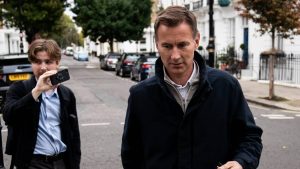 “Britain must ‘face into the storm’ of a global downturn, Jeremy Hunt will warn today as he prepares to deliver one of the most brutal Budgets in modern history.

“The Chancellor will call for ‘sacrifices’ in order to bring down inflation, which jumped to a 41-year high of 11.1 per cent. Mr Hunt will unveil a bleak £54 billion package of tax rises and spending cuts…” 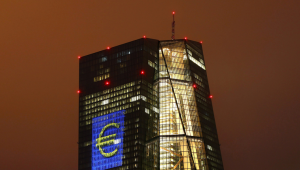 “With inflation rising to double digit territory, households are burning through their savings with little respite in sight as income growth trails far behind, especially for the poorest who are disproportionately hit by surging food and fuel costs.” 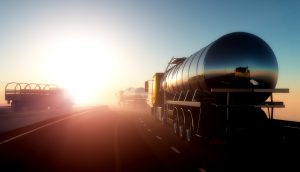 “Diesel may be the next pain point in Europe’s energy crisis, with EU sanctions on Russian exports set to increase competition in an already “exceptionally tight” market, the International Energy Agency has warned.” 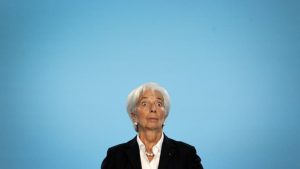 “Euro zone predicted to have a deep recession and a difficult, slow recovery.

“The euro zone is expected to plunge into recession in the coming months with economists warning “it will not be shallow.” The 19-member zone that shares the euro currency has been under significant pressure since Russia’s unprovoked invasion of Ukraine in February.” 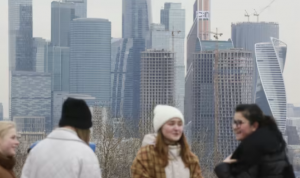 “Nine months after beginning its military offensive in Ukraine, Russia has entered a recession as a result of the economic pressure caused by Western sanctions, according to official figures released on Wednesday.” 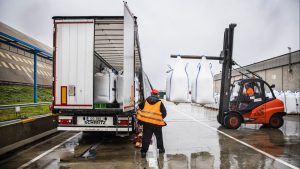 “The war in Ukraine is wreaking havoc on global supply chains. Western sanctions in response to the invasion, price shocks resulting from Russia’s weaponisation of energy, and disruptions to goods shipments have punctured normal procurement practices. The reverberations are being felt across the span of global industries — but the effects on the chemicals and agribusiness sectors have been particularly severe.” 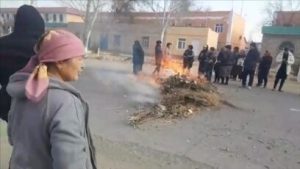 “Even ahead of winter, households, businesses, and hospitals in Uzbekistan, including in the capital, are experiencing debilitating electricity and heating gas shortages.

“Hospital No. 7 in Tashkent’s northern Yunusabad district reported on November 14 that it was left without power for more than five hours in the afternoon. Residents and enterprises across numerous areas of the city experienced the same problem.” 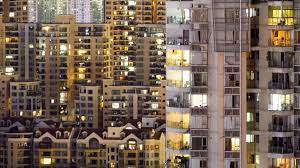 “China’s new home prices fell at their fastest pace in over seven years in October, weighed down by COVID-19 curbs and industry-wide problems, reflecting a deepening contraction that prompted authorities to ramp up support for the sector in recent days.” 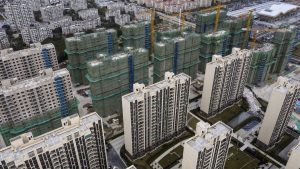 “The Swiss bank expects a low rate recovery on unsecured loans and bonds, and added that if stalled property projects aren’t completed, banks could suffer further losses from mortgages. They may also sustain losses from off-balance sheet contingent liabilities.” 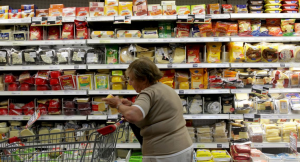 “Consumer prices rose 88% in October from a year ago, surpassing Turkey’s 85.5% rate for the highest among Group of 20 nations, according to Argentine government data published Tuesday. Inflation accelerated 6.3% on a monthly basis, less than the 6.7% median estimate from economists surveyed by Bloomberg.” 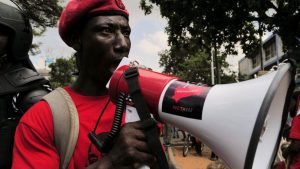 “Many African economies have been hit hard by a global rise in food and energy prices caused by the war in Ukraine just as they were beginning to recover from Covid. The US Federal Reserve’s tightening monetary policy has led to a strong dollar, raising the cost of goods in import-heavy economies.” 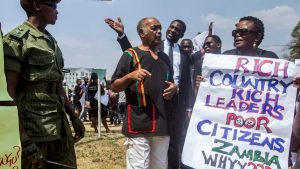 “Zambia debt negotiations likely to drag into next year – sources…

“Zambia was the first African country to default during the COVID-19 era as it struggled with debt that reached 133% of GDP at the end of 2021. The IMF estimates that Zambia needs $8.4 billion of “cash debt relief” – cutting both interest payments and loan repayments – from 2022 to 2025.” 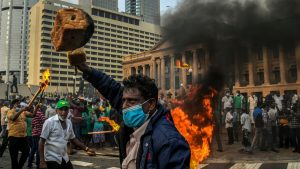 “Covid-19 and resulting lockdowns served as catalysts to Sri Lanka’s current economic quandary, and led to fiscal deficits greater than 10% of GDP for both 2020 and 2021, as well as a rapid increase in public debt to 122% of GDP in 2022, of which approximately $80 billion, being 70% of GDP, is denominated in foreign currencies.”

“Pakistans default risk as measured by five-year credit-default swaps (CDS), insurance contracts that protect an investor against a default, rose sharply amid political turmoil and uncertainty about talks with the International Monetary Fund (IMF).” 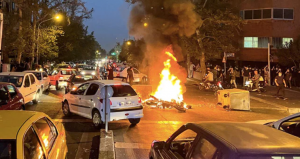 “Iran protests: young boy among at least a dozen shot dead on night of turmoil.

“As many as 15 people have been shot dead in Iran, including members of the security forces and a nine-year-old boy, in separate incidents as the country experienced one of its most serious and widespread nights of protests of the past nine weeks.” 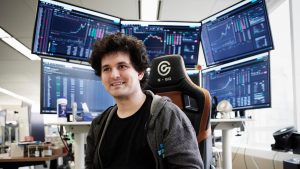 “Over a million people and businesses could be owed money following the collapse of the crypto exchange FTX, according to bankruptcy filings.

“There have also been reports that FTX suffered a hack, taking millions of dollars of crypto from the firm. It’s a worrying time for individuals who have money in the business.” 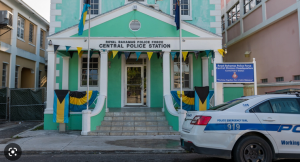 “The Royal Bahamas Police Force has launched an investigation into the collapse of Nassau-based FTX to determine if “any criminal misconduct occurred”, while the main opposition has called on the Philip Davis administration “to outline to the public what financial exposures exist for the government”.” 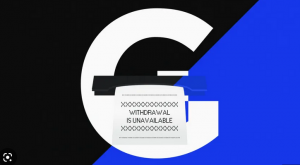 “Crypto broker Genesis Trading has suspended redemptions and originations of loans at its lending unit as the impact of the collapse of cryptocurrency exchange FTX cascades through the digital asset market.

““FTX has created unprecedented market turmoil, resulting in abnormal withdrawal requests which have exceeded our current liquidity,” the New York-based group said in a statement on Wednesday.”