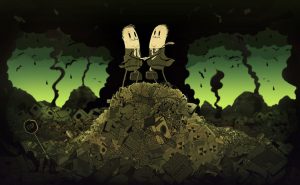 CNN talking degrowth… “Degrowth: A dangerous idea or the answer to the world’s biggest crisis?

“Conventional economic logic hinges on a core assumption: Bigger economies are better, and finding ways to maintain or boost growth is paramount to improving society.

“But what if growth is at best doing little to fix the world’s problems, and at worst fostering the destruction of the planet and jeopardizing its future?” 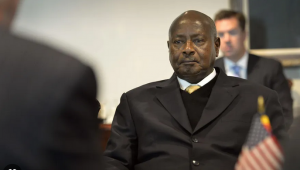 “He lashed out at Europe’s return to coal-fired power plants in the face of the energy crisis triggered by the war in Ukraine while at the same time telling African nations not to use fossil fuels.” 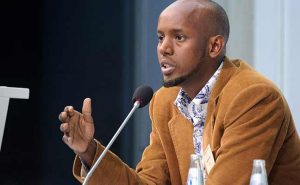 ““Europe wants “to turn Africa into its gas station,” said Mohamed Adow, director of the Power Shift Africa think tank, at the UN climate summit in Sharm el-Sheikh on Tuesday as quoted in an AFP report. “We don’t have to follow the footsteps of the rich world that actually caused climate change in the first place,” he added.” 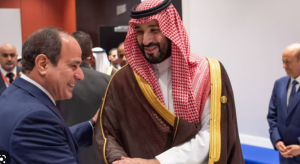 “Saudi’s minister of state for foreign affairs, Adel al-Jubeir, said the Ukraine war had “exposed the hypocrisies that have been around for a long time and that we have talked about for years… “People argue that we should reduce oil production. And then you have a crisis and people are demanding that we increase oil production. It doesn’t work both ways.”” 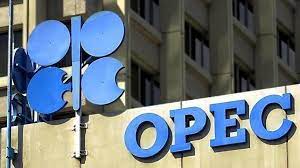 “Saudi Arabia’s production dropped the most among OPEC members and was below the targeted production level of 11.004 million bpd per the schedule the OPEC+ meeting had adopted. The Kingdom self-reported higher production for October than secondary sources’ estimates, at 10.957 million bpd, down by 84,000 bpd compared to September.” 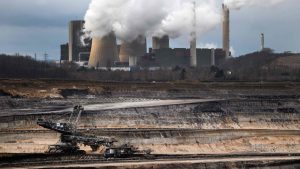 “…the latest Climate Change Performance Index is taking stock of the current state of global climate protection measures… The global energy crisis sparked by the Russian war in Ukraine clearly shows how dependent the world still is on fossil fuels, said the report’s authors.” 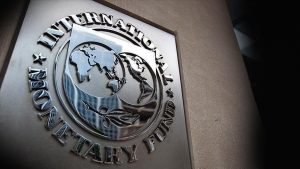 “A steady worsening in recent months for purchasing manager indexes that track Group of 20 economies “confirm that the outlook is gloomier” than outlined in the October World Economic Outlook, Tryggvi Gudmundsson, an economist in the IMF’s research department, said in a blog post Monday. The difficulties “are immense, and weakening economic indicators point to further challenges ahead.”” 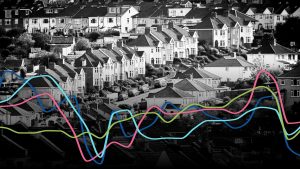 “The global housing market is heading for a brutal downturn…

“While homeowners around the world are reckoning with increasingly unaffordable mortgage payments, prospective homebuyers are facing house prices that are rising faster than incomes. In the background, a global cost of living crisis deepens.” 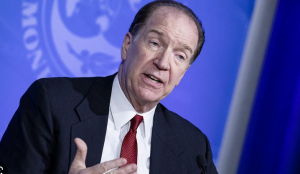 “Debt levels among low- and middle-income countries rose sharply in 2021, with China accounting for 66% of lending by official bilateral creditors, World Bank President David Malpass said, underscoring the need to reduce the debt of poorer countries.” 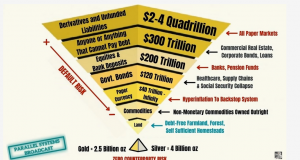 “The financial reset is near; the world is drowning in a sea of debt…

“If the world loses faith in the dollar, a financial reset becomes inevitable. The world would lose its financial anchor. This explains why central bankers around the world are stocking up on gold. Unlike paper money, bonds, or stocks, gold has no counter-party risk.” 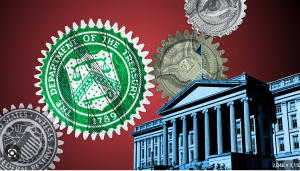 “The cracks in the US Treasury bond market.

“The meltdown in UK gilts exposed the vulnerability of large bond markets. Could the biggest of them survive a wave of selling? …as the Federal Reserve battles to rein in inflation, a recession looms and most asset prices have faced a dramatic sell-off, the world’s most important bond market is creaking once again.” 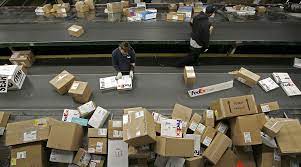 “FedEx Corp.’s freight unit is putting workers on furlough in some US markets, adding to mounting evidence of a cargo slowdown as the company joins other large employers trimming their ranks… The move comes after FedEx said last week it’s cutting cargo flights and parking planes as the air-freight market declines.” 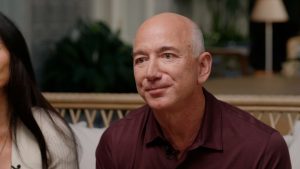 “Amazon is planning to dismiss about 10,000 people in corporate and technology jobs starting as soon as this week, the New York Times reported on Monday, citing people with knowledge of the matter.

“The cuts would be the largest in Amazon’s history and come as other tech companies including Meta and Twitter are also shedding workers.” 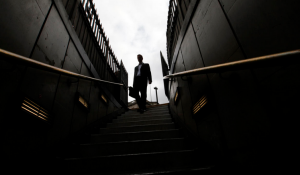 “UK business confidence fell to 18% in October — its lowest level in at least 13 years, new data has shown. According to Accenture and S&P Global’s latest UK business outlook report, this compared with net balances of confidence of 28% in June and 56% in February.” 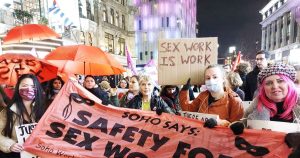 “Spiralling living costs are endangering sex workers’ safety by forcing them to accept potentially dangerous male clients whose inquiries they would have previously rejected, campaigners have warned.” 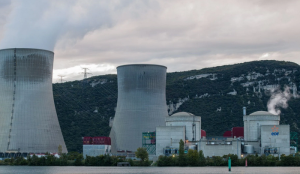 “Xavier Piechaczyk, president of the Reseau Transport d’Electricite (RTE), said consumers are likely to be called on to use less electricity at certain times in the event of a cold or even “normal” winter as electricity supplies run short.” 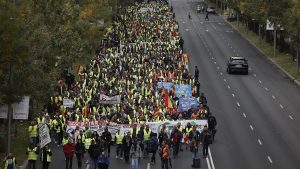 “The month-long strike by truckers in March and April brought Spanish supply chains to a halt, caused food shortages, triggered a bout of inflation and hit quarterly economic growth… “There are many people who are going bankrupt in the transport sector because they can’t cover their expenses,” said Nuria Hernan, whose husband owns a truck.” 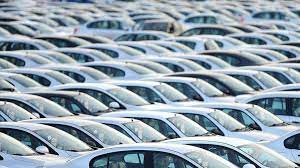 “German auto suppliers are facing a wave of bankruptcies next year because many companies may no longer be able to pay their electricity bills, local media reported.

“”In the first half of 2023, we’re going to see a lot of bankruptcies because companies can’t pay their electricity bills,” Stefan Wolf, the head of auto supplier Elringklinger, told the automotive magazine Automobilwoche.”

“German authorities are stepping up preparations for emergency cash deliveries in case of a blackout to keep the economy running, four people involved said, as the nation braces for possible power cuts arising from the war in Ukraine.

“The plans include the Bundesbank, Germany’s central bank, hoarding extra billions to cope with a surge in demand, and possible limits on withdrawals, one of the people said.” 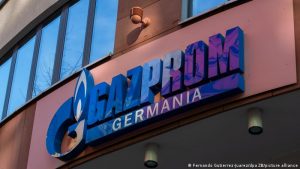 “Germany has announced the nationalization of a former subsidiary of Russia’s energy giant Gazprom, as the country takes measures to secure its energy needs as it breaks away from Russian reliance…

“A similar move was also announced in Poland, with the development minister announcing that Warsaw will take over Gazprom’s Polish assets.”

“Europe’s financial authorities are strengthening the oversight of the energy derivative trades used by energy firms to hedge power and gas prices as policymakers look to avoid a spillover effect of the energy crisis into financial markets.” 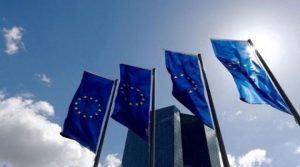 “Time and again, Europe’s leaders have pledged to address a looming threat to their union: excessive government debt. Yet time and again, events — first the pandemic, now a war-related energy shock — have undermined their plans, making the problem larger. This can’t go on forever. At some point, a major government will probably end up insolvent.” 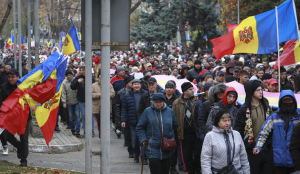 “Thousands of anti-government protesters returned to the streets of Moldova’s capital Sunday to express their dismay over alleged government failings amid an acute winter energy crisis and skyrocketing inflation. The protesters converged in the capital, Chisinau, and chanted slogans…” 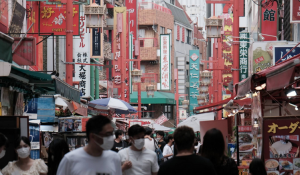 “Gross domestic product (GDP) fell by an annualised 1.2% in the three months to the end of September. People reined in spending amid fears of a global slowdown and as the weak yen made imports more expensive.” 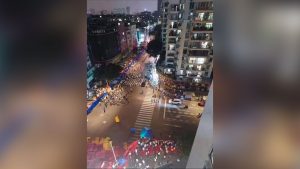 “In videos circulating on social media, hundreds of people can be seen marching in the streets and pushing over police barriers in Guangzhou’s Haizhu district, which has been in lockdown since late last month. The demonstrations took place in several “urban villages,” mainly poorer neighborhoods where migrant workers live…”

“Mine tailings dams have also drawn increased international scrutiny after a collapse at one of Vale’s iron ore mines at Brumadinho in Brazil in 2019 killed 270 people, in one of the most deadly mining accidents in modern history.” 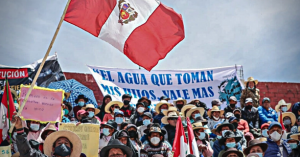 “Protesters in Peru break into Hochschild mine, cause interruptions.

“Residents of an Andean community in Peru broke into Hochschild Mining Plc’s Inmaculada gold and silver mine, the company said on Saturday… Protests from poor communities against big mining companies are common in Peru. At times, these have led to temporary closures of operations in the world’s second-largest copper producer.”

“Speaking on the sidelines of the UN Cop 27 climate summit in Sharm el-Sheikh today, Chile’s Energy Minister told Argus that Chile was “exposed” to increased competition for LNG supplies on the global market as the country relies heavily on imports for most of its gas consumption.” 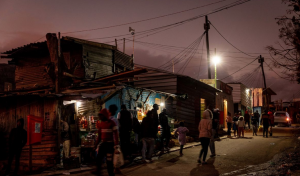 “South Africa experienced an unprecedented number of scheduled blackouts in 2021, but that record has been broken twice over in the first nine months of this year… The so-called energy availability factor of Eskom’s fleet has been declining every year since 2017…” 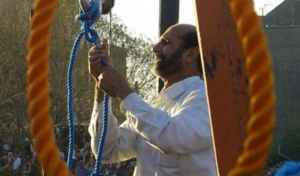 “A court in Iran has issued the first death sentence to a person arrested for taking part in the protests that have engulfed the country, state media say.

“A Revolutionary Court in Tehran found the defendant, who was not named, had set fire to a government facility and was guilty of “enmity against God”.” 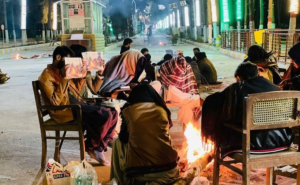 “Iran’s Mass Protests Are Impacting Lives in Pakistan; Baloch in Pakistan are watching the crackdown on their sisters across the border with dismay.

“Amid growing protests against the mandatory hijab law and now campaigns against authoritarian governance, Iran continues to close and reopen its borders with neighboring Pakistan.” 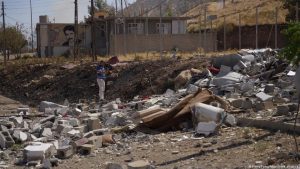 “Northern Iraq: A new base for Iran’s protest movement? …”Terrorist groups based over the border in Iraq have incited peaceful protesters and have “nefarious terrorist goals,” Iran’s delegation to the UN wrote in a dramatic letter to the Security Council in mid-October.

“The letter was sent after Iran had bombed four areas of neighboring Iraq, sending more than 70 missiles over the border in what was the country’s biggest cross-border strike since the 1990s.” 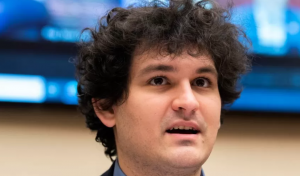 “FTX has been accused of transferring funds to its sister hedge fund Alameda Research, which made risky bets on other digital coins. Alameda took up to $10bn in loans from FTX customer deposits, The Wall Street Journal reported.”