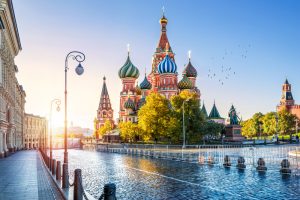 “Moscow records its warmest November day on record – Moscow has recorded is warmest day since records began in 1948 with temperatures falling just short of double figures.

“The temperature is expected to rise further today or tomorrow as the warm weather continues, with the previous highest temperature of 9.3 degrees Celsius having been recorded in 2010.” 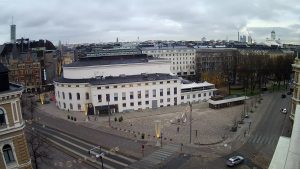 “More record warmth In Northern Europe: In Sweden, after the 15.1C at Stockholm; today It’s Uppsala with 15.6C with a new November record. Highest was 16.5C [61.7F] at Gladhammar.

“In Finland and Estonia also several November records, including the Finnish capital Helsinki with 14.3C.” 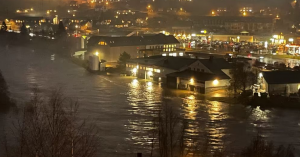 “Floods hit parts of Western Norway on Saturday, and Voss Municipality is particularly affected by the flooding… The flooding has caused damage to several buildings in Voss, but the extent of the damage is still uncertain.” 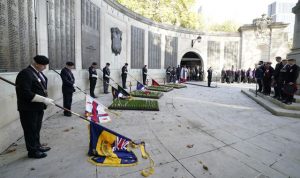 “The warmest Armistice Day on record was also recorded this year, as temperatures hit 19.5C in Myerscough in Lancashire on November 11. This was more than a degree warmer than the previous record of 17.8C at Kensington Palace in London.” 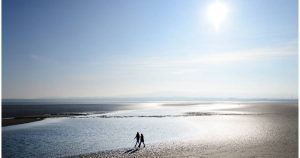 “Between 9pm on Thursday night and 9am on Friday morning the minimum temperature at Shannon Airport never dropped below 15.5 [59.9F] degrees. The previous record was 14.6 degrees.” 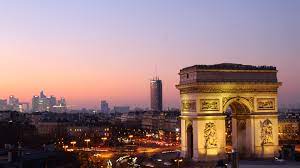 “34 stations rose >24C and 10 stations had with their warmest Nov. day on records! (see list below); Record warmth for mid-November in UK with 21.2C in Wales and monthly record at Valley. 20.2C in Germany.” 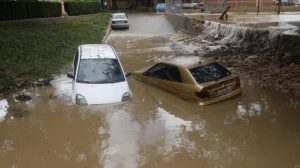 “An unprecedented record-breaking storm wreaked havoc in Spain on Saturday as it shut down the Valencia airport, left thousands without power and caused significant flooding, killing one minor…

“The weather station at the Valencia airport recorded 66.1 liters [2.6 inches] of rain per square meter in just one hour – the most intense rainfall on record for November and the third-most torrential in recorded history…” 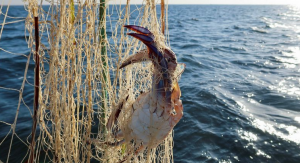 “A decade ago, Tunisian fisherman Ahmed Chelli’s nets bulged with fish and octopus that he sold at the local market in the Kerkennah islands. Today, he pulls up only “ISIS” — the name locals have given to the blue crabs that have invaded their fishing grounds in the fast-warming waters of the Mediterranean.” 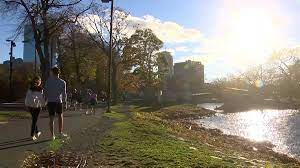 “Winter is almost there, but today it’s another insanely warm day in the US NE Coast. 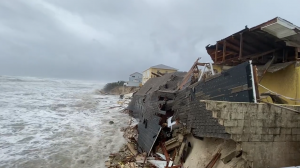 “At first, Philip Martin said he decided to stay in his Wilbur-by-the-Sea home as the ocean chipped away at his property. Eventually, he had to leave. He had no choice. “As it ate away, it was just it was so fast,” he said.” 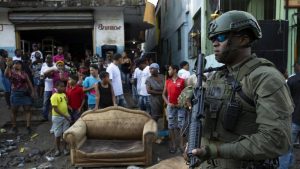 “In giving an update on Friday, on the recovery process in the aftermath of last week’s floods, Roosevelt Skerrit said the government is looking at safe locations and the residences have already indicated their willingness to move.”

“Record warmth also in the Caribbean:

“Yesterday 12th November the Airport of Canefield in Dominica rose to 34.2C [93.6F], which is the highest temperature ever recorded in November in the country.” 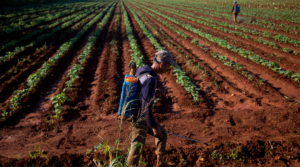 “Like the rest of the Caribbean, Cuba is suffering from longer droughts, warmer waters, more intense storms, and higher sea levels because of climate change. The rainy season, already an obstacle, has gotten longer and wetter.” 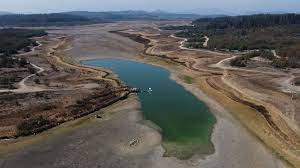 “Chile’s Reservoirs Are Evaporating Thanks to Climate Change. This Startup Is Trying To Stop It…

“Drier, hotter conditions have drained lakes and left more than half the country’s 19 million people facing severe water scarcity. Less and less water flows from irrigation canals into Hortifrut’s reservoir, and the level now sits around 10 feet lower than normal.” 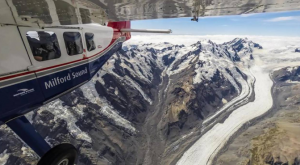 “How NZ’s largest, longest glacier is melting from within.

“Scientists have discovered fresh evidence showing how New Zealand’s largest, longest glacier is melting from the inside as well as out, posing wide implications for these icy jewels of our alpine environment.” 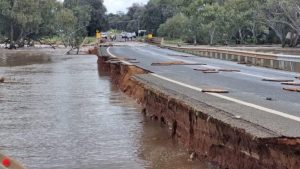 “Record-breaking flood emergency in NSW as thousands remain without power in SA.

“Flooding across the New South Wales Central West is forecast to break records as a wild weather system wreaks havoc across multiple states… Bureau of Meteorology meteorologist Steven Bernasconi warned Forbes could break the 1952 flood record of 10.79 as water levels are expected to rise to 10.8 metres on Thursday.” 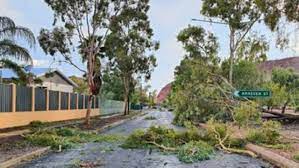 “A violent storm has devastated pockets of Alice Springs in minutes, catching residents off guard. Damage assessments are being carried out as authorities work to restore services. Lee Robinson reports.”

“Chief Minister Chow Kon Yeow said the state government has spent RM300 million (S$89 million) in the last decade on flood mitigation projects. “However, if (the system) is beyond its capacity, flooding will still happen,” The Star quoted him as saying.”

“Warm air from China has crossed into Japan.

“Tonight extremely high temperatures were present in some areas including 18C [64.4F] at Yakumo and Esashi in Hokkaido at local 4am! Two more Tmaxes November records were broken: Onoaida (Yakushima Island) 28.5C and Kanita (Aomori) 22.5C.” 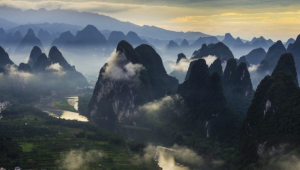 “Today 76 stations broke or tied their November heat records in 7 provinces including the cities of Nanchang, Jingdezhen, Wenzhou, Wuxi and Guilin. Also, over 22C in North Korea, 26C+ in South Korea with warm nights.” 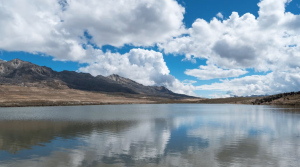 “It is not just the quantity of water flowing from the Tibetan Plateau but also, perhaps more seriously, the quality of water which is being ominously affected as a result of global warming. Chinese scientists believe that global warming is slowly turning one of the world’s most important sources of fresh water into toxic mud…” 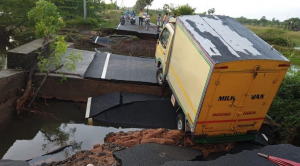 “The Sirkazhi weather station in Mayiladuthurai has recorded its all-time highest 24-hour rainfall of 44 cm [in only six hours]… What is causing these cloudburst-like events? Experts say warming of Bay of Bengal sea surface temperature and favourable oceanic condition…” 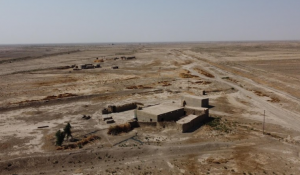 “Abbas Elwan drilled well after well in a desperate bid to find water for his family’s parched farmlands in southern Iraq. After yet another attempt failed in August, he took a gun from the kitchen of their mud house and slipped into the night. Hikma Meteab found her husband’s body the next day with a gunshot wound to the head…” 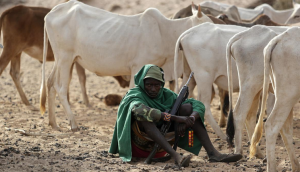 “Lmeshen Lekoomet, 54, recently left with the family’s few remaining animals in search of pasture and water. As his family waited, his 2-year-old became severely dehydrated and malnourished and was hospitalized. Lekoomet never returned.” 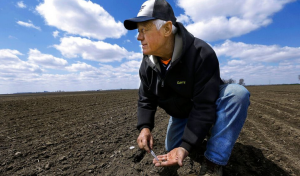 “Dying lands: Farmers fight to save the ‘skin of the Earth’…

“From the United States and China to Kenya, human efforts to preserve soil are proving no match for increasingly extreme weather, which is damaging the living system and depleting its ability to produce food, according to Reuters interviews with dozens of farmers, scientists and other soil specialists.” 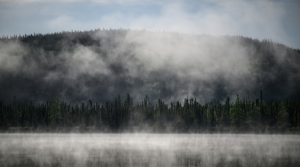 “Subarctic boreal forest, vital for the planet, is at risk. It burns, it drifts, it falls victim to insects. And it’s shrinking.

“The boreal forest, which is second only to the Amazon in terms of its vital role in ensuring the future of the planet, encircles the Arctic — and it is in just as much danger from climate change as the South American rainforest.” 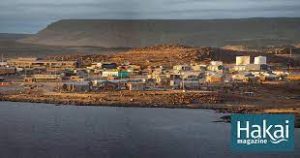 “In other parts of the world, a sudden influx of salmon might be cause for celebration, but for the ISR communities, the fish pose problems. Their arrival is a sign of how much climate change is altering the marine environment in the western Arctic…” 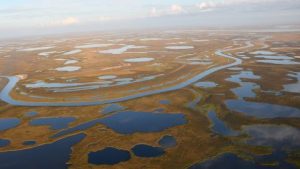 “Thawing permafrost — the long-frozen layer of soil that has underpinned the Arctic tundra and boreal forests of Alaska, Canada and Russia for millennia — is upending the lives of people such as Alexie. It’s also dramatically transforming the polar landscape…” 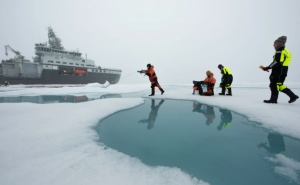 “Norway and the EU has forbidden the export to Russia of many electronic devices, including marine engines and underwater sensors. Researchers in Tromsø say that Russia, for its part, will no longer grant permission for research vessels to enter its waters. Russia has barred its own scientists from attending international conferences, and stopped indexing scientific publications in international databases.”