“The United Nations is warning of significant risks to food security around the world, especially in poorer countries, as soaring food and fertilizer prices place further pressure on governments to secure supplies.

“The UN’s Food and Agriculture Organization said in its latest report Friday that the global food import bill is estimated to rise to an all-time high of $1.94 trillion in 2022, up 10% from last year, pushed higher by concerns around supply from war, climate change and economic instability. 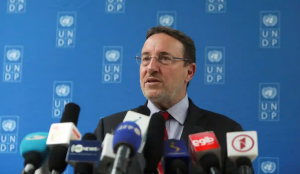 “More than 50 of the poorest developing countries are in danger of defaulting on their debt and becoming effectively bankrupt unless the rich world offers urgent assistance, the head of the UN Development Programme has warned.

“Inflation, the energy crisis and rising interest rates are creating conditions where an increasing number of countries are in danger of default, with potentially disastrous impacts…” 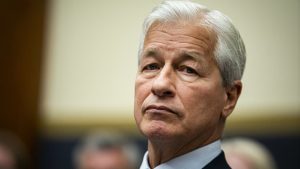 “Conditions for an economic storm, including monetary tightening, inflation and the war in Ukraine, have all fallen into place, JPMorgan Chase CEO Jamie Dimon told Nikkei, warning that the world could see more “surprises” like the near meltdown of U.K. pension funds.” 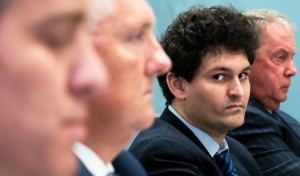 “The entire $16 billion fortune of former FTX co-founder Sam Bankman-Fried has been wiped out, one of history’s greatest-ever destructions of wealth… Bankman-Fried’s empire crumbled this week after a liquidity crunch at one of its affiliates.” 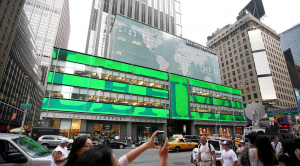 “Shadow banking by crypto exchanges will continue to wreak financial havoc after FTX.

“What just happened to FTX this week looks a lot like Lehman’s collapse for the cryptocurrency world… The financial crisis proved that the problem of banks being “too big to fail” was not about size. It was that financial risk-taking had exceeded regulators’ ability to oversee it.” 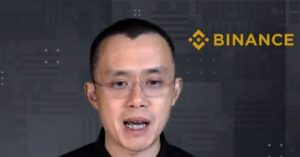 “Zhao, founder of the world’s biggest digital asset exchange, said the full impact of the meltdown at rival crypto exchange FTX had yet to be felt. Speaking at a conference in Indonesia, he said the global financial crisis was “probably an accurate analogy” to this week’s events.” 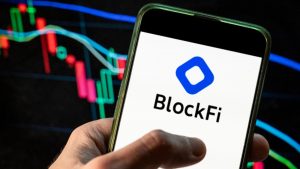 “Troubled crypto lender BlockFi said in a statement on Twitter that the company can no longer operate business as usual, citing “a lack of clarity” on the status of FTX.com, FTX and Alameda Research. The company said that they are limiting platform activity and pausing client withdrawals.”

“On top of falling freight rates, data shows container depots — used to house containers after they are unloaded — are now filling up or full… Traders and shippers say the decline in global consumer demand is not a sign the global economy is normalizing after a frantic post-lockdown consumption rush but a downward shift in consumption appetites.”

“Loaded inbound containers for October into Port of LA down 15% from September and the lowest October number since 2012.” 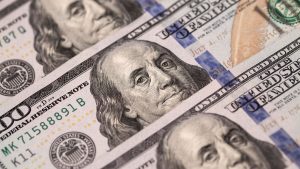 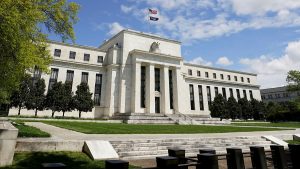 “As the Fed Raises Rates, Worries Grow About Corporate Bonds. Executives, analysts and bond traders are all wondering if corporate finance is about to unravel as interest rates rise…

“From October 2021 to October 2022, an index that tracks investment-grade corporate bonds is down by roughly 20 percent. By some measures, overall bond market losses have been worse than at any time since 1926.” 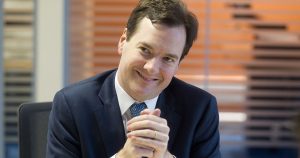 “A canny accounting move by former UK chancellor George Osborne that reaped £120 billion in profits for the government is now turning sour and risks growing the fiscal hole challenging his successors.

“It may turn out to have been cheaper for Osborne to have borrowed more back then rather than to delay the cost to the present. The Office for Budget Responsibility, a public finances watchdog, noted at the time that future costs might outweigh the benefit.” 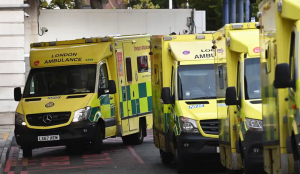 “The army could answer 999 calls if ambulance personnel in England go on strike over their pay, under NHS plans to keep services running during strikes.

“Military personnel will be brought in if, as looks likely, ambulance staff such as paramedics and emergency medical technicians withdraw their labour in the next few weeks.” 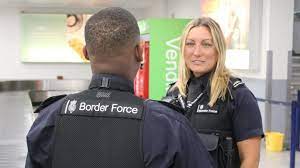 “The army is expected to begin training on 21 November to replace striking Border Force officers at ports and airports, Home Office staff have been told.

“The Guardian understands that more than 500 military personnel are expected to each receive five days of training before being asked to work in frontline jobs.” 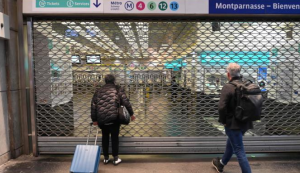 “Commuters in London and Paris have scrambled for alternatives – or simply stayed home – as public transport workers went on strike for higher pay, the latest industrial action seeking relief from soaring prices in Europe.

“Spreading labour unrest poses a problem for governments which are already spending billions trying to blunt the worst effects of rising prices, at least for the most vulnerable.” 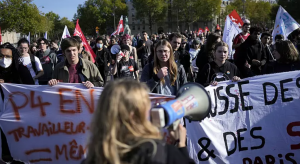 “Trade union workers march across France in protest over rising cost of living.

“Thousands of trade union workers marched in Paris to demand higher wages to keep up with inflation. The protest in the French capital was a part of a nationwide day of walkouts and transport strikes by train drivers and other public sector employees that caused major commuter disruption.” 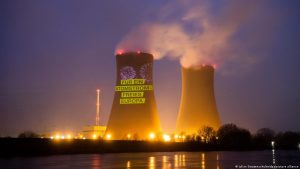 “German lawmakers have approved a plan to keep the country’s three remaining nuclear power plants until mid-April, extending their life beyond the originally planned shut-off at the end of this year…

“The deadline to shut Germany’s last nuclear power plants at the end of this year was set in 2011, shortly after the Fukushima nuclear disaster in Japan.” 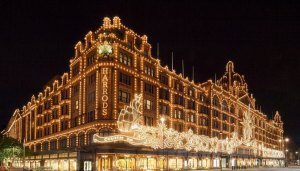 “Across much of Europe, in cities from Madrid to Frankfurt, there will be fewer, more energy efficient lights, switched off earlier at night, while shops will be heated less, in a show of solidarity with households facing soaring utility bills.” 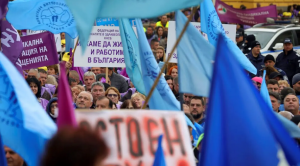 “Thousands of protesters have taken to the streets in Bulgaria to demand higher salaries as rising inflation levels hit the country. 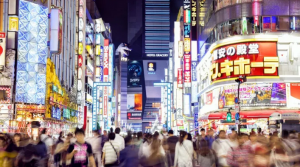 “…there has been insufficient aggregate demand. Japan’s Covid-19 recovery has been slow with GDP only recovering after the second quarter of 2022. This level remains significantly lower than the pre-Covid-19 peak, which was before the 2019 consumption tax increase.”

“The 3rd Largest Bond Market Is Flashing Red… Could a Financial Crisis Be Near?

“The BOJ (Bank of Japan) has been selling dollars in order to try and prop up their bond markets. And realize this. They are not selling USDs as part of some well-calculated plan because they want to. They are selling USDs because they HAVE to. And it’s not working.” 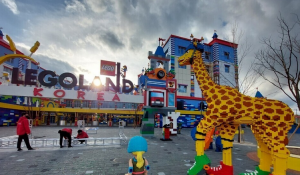 “Imagine the turmoil if a newly elected president of the United States announced that the U.S. government would no longer honor any outstanding Treasury bills because most of them were issued under his profligate predecessor. That’s essentially what Kim Jin-tae, the governor of South Korea’s Gangwon province, did.” 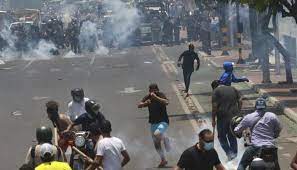 “Riot police used tear gas to quell violent street protests in Bolivia’s largest city on Friday, the latest disturbances in three weeks of unrest over demands that a new census be conducted.

“Vendors and public transit workers set tires afire in streets and threw rocks at opponents of leftist President Luis Arce in the center of Santa Cruz, a key hub of the energy industry in Bolivia’s tropical lowlands.” 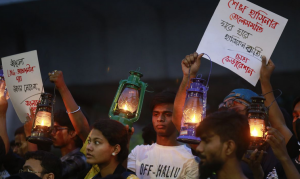 “The ongoing energy crisis in Bangladesh has prompted authorities to redirect fuel to the export-oriented industries and trim supplies to power plants as it desperately scrambles to keep the country’s wheels of production rolling, officials said on Friday.” 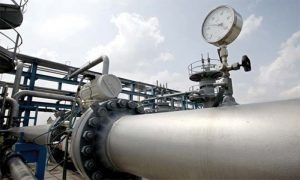 “Regarding the diversion of liquefied natural gas (LNG) to household sector as had been the practice in the past, the secretary petroleum said the authorities could not purchase expensive LNG and sell it cheaper and LNG was not available at higher rates either.” 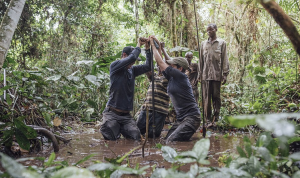 “How dash for African oil and gas could wipe out Congo basin tropical forests.

“The area of land given over to oil and gas extraction in Africa is set to quadruple, threatening to wipe out a third of the dense tropical forests in the Congo basin and accelerate the climate breakdown, a report warns.” 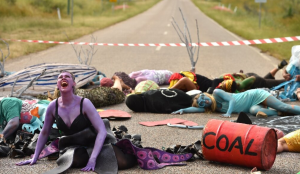 “Miners and traders are slashing shipments of iron ore, the second-most widely traded seaborne commodity, and re-assigning their bulk carriers to highly unusual coal routes to prop up earnings.” 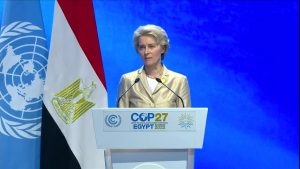 ““CO₂ emissions are about 5 per cent higher than they were in 2015,” said Glen Peters… a research director at Cicero. Although many Covid-related stimulus packages were supposed to set the world on a low-emissions path, the opposite seemed to have happened, he said.”