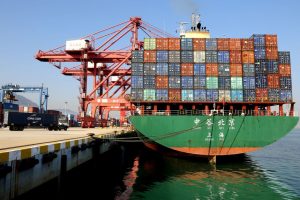 “China’s exports to the rest of the world shrank unexpectedly in October, a sign that global trade is in sharp retreat as consumers and businesses cut back spending in response to central banks’ aggressive moves to tame inflation.

“The slide in exports from the world’s factory floor adds to the gloom surrounding the global economy as leaders from the Group of 20… prepare to gather in Indonesia next week.”

““Complete collapse” in demand for container freight – and it could get worse.

“Demand for container transportation is in free fall, show numbers from September and the situation will get even worse before the turn of the year, according to Sea-Intelligence.” 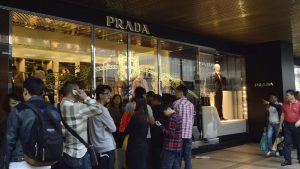 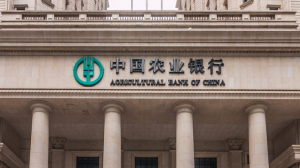 “Pessimism about China’s banking sector has plunged to an unprecedented level, even reaching the depths where US lenders traded during the 2008 financial crisis.

“The four biggest lenders… are priced at near record low valuations of about 0.4 of their book value in Hong Kong after a sector index weakened to an 11-year low… Investors demand a 26% country risk premium…” 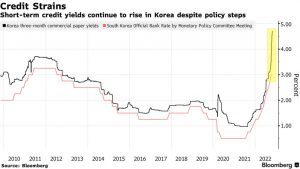 “Concerns of a possible crisis at non-bank financial firms are growing as local insurers and brokerage houses are suffering from a liquidity shortage that is feared to send shock waves through the entire financial market here.” 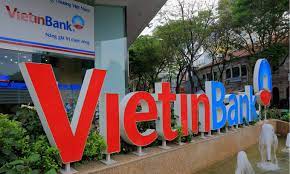 “Vietnam’s central bank governor tried to calm fears over the stability of the country’s banking system, after reports that commercial lenders were facing liquidity difficulties. Nguyen Thi Hong appeared on state-run TV to say the central bank had held several meetings with lenders…” 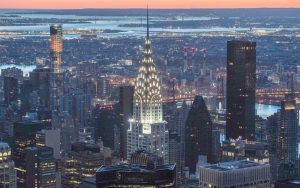 “Billions in Capital Calls Threaten to Wreak Havoc on Global Stocks, Bonds… The private market is coming to collect…

“As financial conditions tighten around the world, private-market funds are demanding that investors stump up more of the cash they pledged during the easy-money days of the pandemic.” 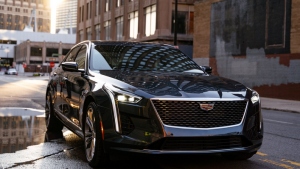 “Higher interest rates mean only wealthy Americans can afford a new car. The Fed is making new cars something only the wealthy can afford.

““With rates expected to go even higher and stay there for at least the duration of 2023, the auto market will become more dependent on cash-rich, higher-income, and higher credit-tier consumers.” — Jonathan Smoke, chief economist, Cox Automotive.” 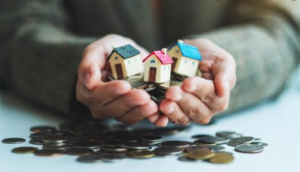 “By the end of the decade, according to market intelligence firm Yardi Matrix, institutions will hold 40% of all single-family rental homes in the United States. Large-scale investors grabbed the chance presented by this wave and the ensuing increase in rental demand from displaced former homeowners in the years following the 2008 crash.” 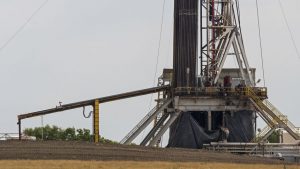 “The U.S. shale patch will not help ease what could be a very tight global oil market when the EU embargo on imports of Russian seaborne oil enters into force in just a few weeks. Even if they wanted to, American producers would not be able to boost oil production too much, despite repeated calls and threats from the Biden Administration…” 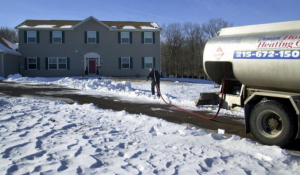 “The US Northeast Is Hurtling Toward a Winter Heating Crisis.

“…the signs of a winter crisis are already multiplying. Heating oil delivered to New York is the priciest ever. Retailers in Connecticut are rationing it to prevent panic buying. New England’s stockpiles of diesel and heating oil — the same product, taxed differently — are a third of normal levels.” 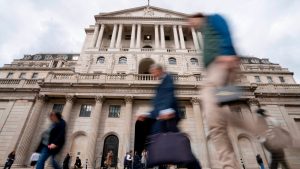 “The Bank of England risks hurtling toward another bond market crisis as new signs of strain bubble up and threaten to force another intervention, City traders have warned.

“Traders have pointed to mounting stress in the so-called “repo” market and short-dated UK debt, known as gilts, just weeks after the post mini-Budget bond chaos pushed Britain’s pensions funds to the brink of collapse.” 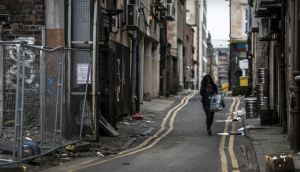 “Britain is suffering the worst cost of living crunch of any G7 nation, as the combined effects of the pandemic and the energy crisis drain households’ finances.

“Real household incomes per capita in the UK dropped by 3.5pc between the end of 2019 and the second quarter of this year, according to the Organisation for Economic Co-operation and Development (OECD).” 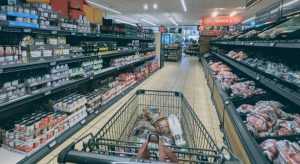 “Just over a quarter of households (27%) say they are struggling financially – double the figure recorded last November, the research firm Kantar said. The cheapest value ranges grew by 42% as shoppers sought to manage their budgets, the research found, while sales of supermarket own-label products jumped again by 10.3% over the latest four weeks.” 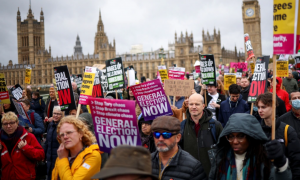 “Photos: Thousands march in London in ‘Britain is broken’ protest.

“Thousands of people joined a demonstration in London, calling for general elections amid the worsening cost-of-living crisis in the United Kingdom. A coalition of trade unions and community organisations took part in the “Britain is Broken” protest, organised by The People’s Assembly, in central London on Saturday.” 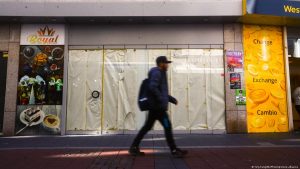 “One in four Europeans say their financial position is ‘precarious’.

“As the cost of living crisis, driven by high energy prices, rampant inflation and Russia’s war on Ukraine, tightens its grip, the six-country survey for the French anti-poverty NGO Secours Populaire painted an alarming picture of “a continent on the brink”.” 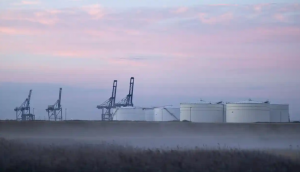 “Germany is keen to talk to Britain about a solidarity pact that would allow Europe’s largest consumers of natural gas to bail each other out if an extreme cold snap were to create shortages this winter, German officials have said. Such an agreement could be mutually beneficial for both London and Berlin…” 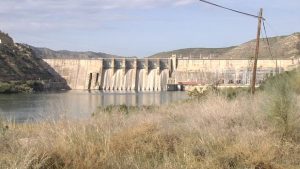 “Drought Forces One of Spain’s Largest Hydro Plants to Halt…

“The Mequinenza facility, located in the north-eastern region of Aragon, will stop operating in mid-November after water levels subsided to below 23% of capacity, Endesa SA said in a statement. It’ll be the first time the plant has stopped functioning since it was opened in 1966.” 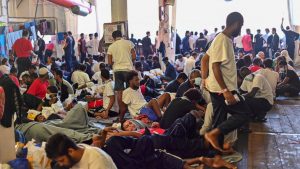 “Italy’s new right-wing government is attempting to stop European charities landing migrants rescued from the Mediterranean at the country’s ports, in a first test of its campaign pledge to curb illegal migration from north Africa. Rome’s tough new tactics have left migrants stuck for up to 14 days on board four ships…” 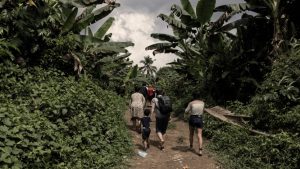 “Thousands of Venezuelans from Panama to Mexico have found themselves in …desperate limbo. After risking their lives to cross the only land bridge connecting South to Central America, they received the bewildering news that the US is no longer receiving Venezuelan asylum seekers at the Mexican border.” 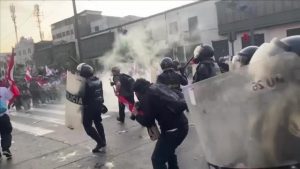 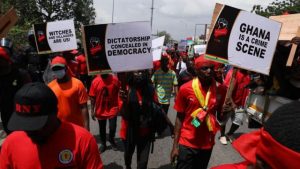 “Ghanaians take to the streets demanding resignation of President Akufo-Addo.

“Ghana is seeking a $3 billion loan from the IMF to cope with record inflation of 37% and the collapse of its currency, the cedi. Most of the demonstrators wore red T-shirts bearing the slogan “You might as well kill me.”” 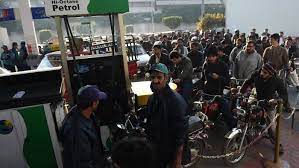 “The Oil Companies Advisory Council (OCAC) of Pakistan has said that the country is expected to face petrol and high-speed diesel shortage in the days ahead, calling for special measures to avert the looming fuel crisis.” 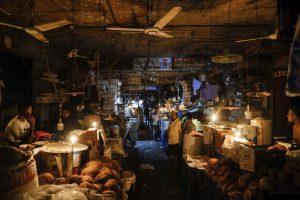 “…deeper costs will be borne by the world’s poorest countries, which have been shut out of the natural gas market by Europe’s suddenly ravenous demand. It’s left emerging market countries unable to meet today’s needs or tomorrow’s, and the most likely consequences — factory shutdowns, more frequent and longer-lasting power shortages, the foment of social unrest — could stretch into the next decade.” 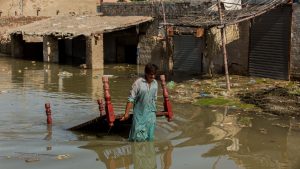 ““Developing countries have to balance between urgent climate needs and paying back debts,” says Jessica Omukuti, research fellow at the University of Oxford’s Inclusive Net Zero initiative. “If you can’t pay back your debts, your credit rating goes down, [and] you compromise your partnerships and your future capacity to get finance.”” 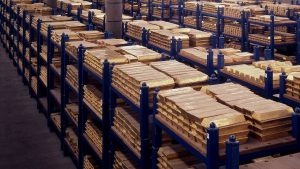 “Even Central Banks Are Buying Gold for the Zombie Apocalypse; Governments in developing economies are building up their bullion holdings as trust breaks down.

“In the notoriously opaque world of government gold trading, it’s not always immediately clear who the biggest buyers are… There is one obvious factor in common between the declared buyers, however: All are from nations facing serious problems.” 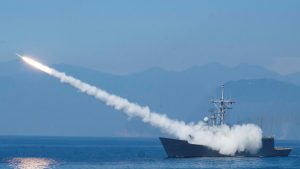 “Executives were asked to identify the risks they considered the biggest threats to their country over the next two years. The responses from more than 12,500 executives across 122 economies reflect a clear unease about economic headwinds against a backdrop of aggravated geopolitical tensions.”

“The new era of decoupling, deglobalisation and economic war. The Covid-19 pandemic marks the end of the great era of globalisation. Now the troubled times of decoupling arrive. We are at a Matthew Arnold moment: 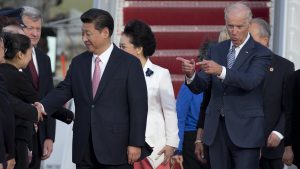 “Wandering between two worlds, one dead,
The other powerless to be born,
With nowhere yet to rest my head,
Like these, on earth I wait forlorn.”