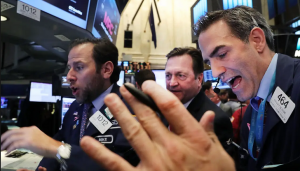 “The world is flirting with another global financial crisis, and the next few weeks are key.

“It’s hard to overstate the magnitude of the financial trouble Britain and, because of its financial heft, the world found itself in this week. We came within inches of “global financial crisis mark 2”. That’s not hyperbole.

“Towards the end of 2008, it was clear many Wall Street investment banks were on the brink of collapse. They were sitting on tens of billions of dollars’ worth of rubbish assets – mortgage-backed securities attached to properties plummeting in value.

“A credit crunch was sparked when the US government allowed Lehman Brothers to collapse. It was sitting on a lot of these worthless assets. Suddenly, it was unclear who could afford to repay loans and who couldn’t. We’ve just flirted with a scenario of similar magnitude.

“The problem now is, well, the flirtation is not over.” 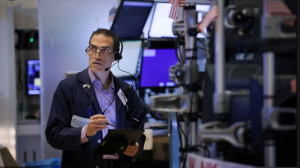 “UK government bond tumult ripples into US and European markets…

““Even though the UK is a basket case of its own making, the fact is the same pressures are being acutely felt elsewhere,” said Richard McGuire, a rates strategist at Rabobank. “Investors see the government’s ill-conceived experiment, and wonder if it’s a sign of things to come in other countries.”” 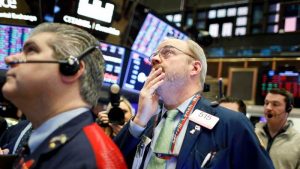 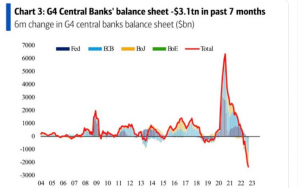 “And the fiscal cliff is even bigger.

“An unprecedented abrupt halt to the flow of money – both for the financial system and the real economy.” 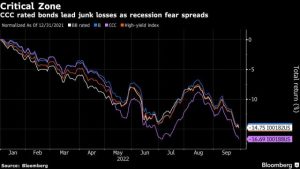 “Credit markets are starting to buckle under pressure from soaring yields and fund outflows, leaving strategists fearing a rupture as the economy slows.

“Banks this week had to pull a $4 billion leveraged buyout financing, while investors pushed back on a risky bankruptcy exit deal and buyers of repacked loans went on strike. But the pain was not confined to junk — investment-grade debt funds saw one of the biggest cash withdrawals ever…” 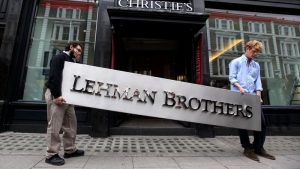 “Wall Street extends its worst run since the financial crisis…

“The index has now suffered its third straight quarter of losses for the first time since 2008-09, when the world’s financial system was in meltdown. All told, the market is down by 25% in 2022. Few sectors have been spared from the carnage…” 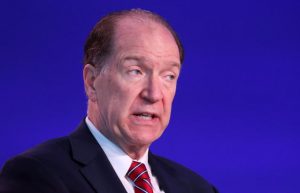 “Rich and poor countries around the world have resorted to raising interest rates this year in an effort to reduce domestic inflation. But Malpass cautioned that this approach was significantly raising the risks of a global recession, and urged nations to think of different strategies.”

“Cost to send 40-ft container from Shanghai to Los Angeles has fallen by 74% from peak and is back to August 2020 levels.” 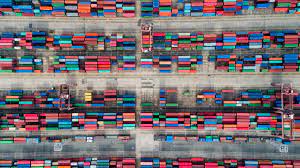 “Soaring stockpiles at Korean manufacturers, whose exports are seen as a bellwether for global growth, come as central banks across the world raise interest rates to combat inflation. Suppliers are “feeling a burden” with rising inventories as consumption slows “faster than their expectations,” said Kim Hojung, an economist at Seoul-based Yuanta Securities Korea.” 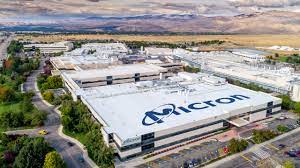 “Micron Technology Inc., the largest US maker of memory chips, gave a weak forecast for the current quarter, renewing concern that demand for personal computers and smartphones is falling off.” 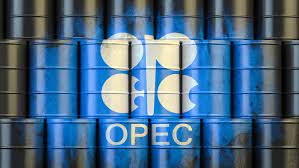 “Several major producers of the OPEC+ alliance have started talks about a potential oil production cut ahead of the regular monthly OPEC+ meeting on October 5, OPEC and OPEC+ sources told Reuters on Thursday.” 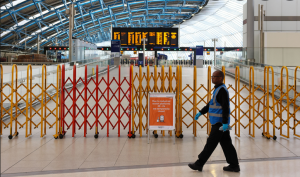 “The biggest rail strike in Britain for decades will bring most trains to a halt throughout Saturday, with unions combining industrial action for the first time this year.

“No trains will run in many areas, with no direct services at all on some intercity routes between London to Birmingham, Manchester and Edinburgh.” 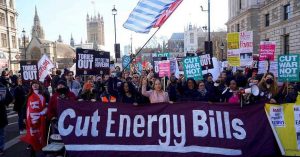 “Britons to burn their bills in weekend wave of cost of living protests.

“In what organisers forecast will be the largest nationwide protests against an economic crunch, which got worse this week with money market chaos and mortgage rate rises looming, dozens of rallies will be staged from Plymouth to Aberdeen, while postal and railway workers also strike.” 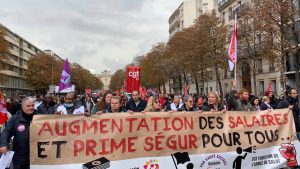 “Thousands Protest in France Against Inflation, Macron’s Pension Plan. Demonstrations are a sign of the political turmoil Europe faces as a result of the Ukraine war…

“Striking teachers, students and railway workers joined peaceful protests in dozens of cities across the country, snarling traffic and forcing many schools to shut down. The Eiffel Tower remained closed.” 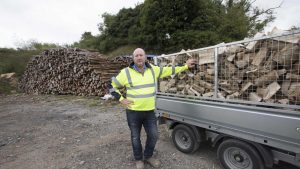 “Firewood suppliers say they are dealing with unprecedented demand for fuel, with the market being driven by spiralling fears of winter fuel shortages among families and pensioners.” 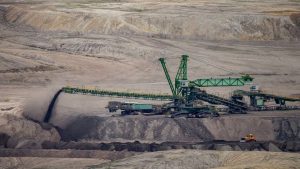 “Lignite, the more polluting type of coal, is used to generate electricity but has been banned in home furnaces in Poland for several years to improve air quality. In response to Russia’s invasion of Ukraine, Poland in April introduced an immediate ban on Russian coal used by millions of households and heating plants in smaller towns.” 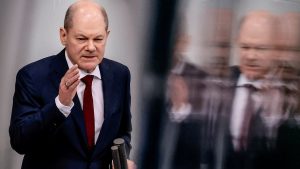 “Germany’s pursuit of a massive borrowing package to help its economy withstand the energy crisis has heightened tensions among EU member states as they struggled to forge a common approach on lowering gas and electricity prices at meetings in Brussels.” 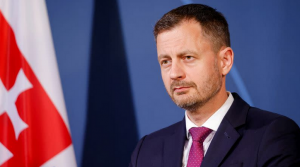 “Slovakia could halt electricity supplies to other European Union countries if it doesn’t get more help to cope with soaring energy costs, its prime minister warned on Friday, saying measures agreed by the bloc so far did not go far enough.”

“Mark Williams, an analyst at Wood Mackenzie, doesn’t expect diesel stocks to build from current levels. “We expect prices to really spike … mid-January, probably February, but we may see a spike little bit earlier as the market starts to panic,” Williams told Reuters.” 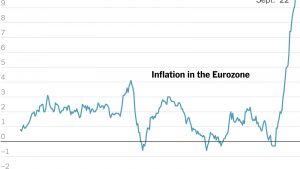 “Eurozone inflation has hit a record high this month, reinforcing expectations for another big interest rate hike from the European Central Bank (ECB) in October. Price growth in the 19 countries sharing the euro accelerated to 10.0 percent in September from 9.1 percent a month earlier.” 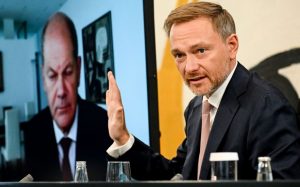 “Europe’s financial system faces the threat of a systemic crisis caused by the falling value of assets, high interest rates and a decline in property prices, the EU’s watchdog has warned.

“The European Systemic Risk Board, which oversees financial stability risks in the European Union, issued a rare general warning on “severe” financial risks emerging this year and called on policymakers to take “decisive action”.” 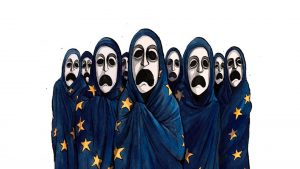 “The rapid economic collapse that Britain is facing is simply an accelerated version of what the whole of Europe is about to go through; unsustainable borrowing to fund the gap between high energy prices and what households can actually afford. With the sabotage of the Nord Stream pipeline, there is now no feasible way back.” 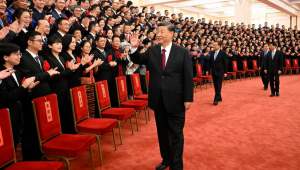 “China just boosted bank liquidity by 843%, adding further pressure on the yuan as the currency suffers its weakest year in almost 3 decades.

“The Golden Week holiday next week and Communist Party events are likely reasons for the massive cash influx. But the liquidity boost adds more pressure on the yuan, which is on track for its worst annual performance since 1994.” 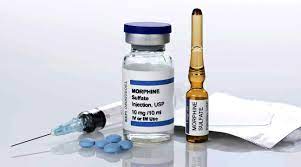 “The short-sightedness of relying on a single morphine powder supplier for South Africa’s healthcare facilities has been pinpointed as the cause of a devastating disruption in the supply of liquid morphine that has left some terminally ill patients suffering for over three months.” 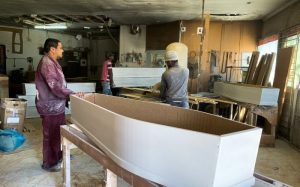 “The Funeral Federation of South Africa said that funeral parlours were struggling to keep their businesses operating with the persistent rolling power cuts.

“The federation said they’ve had to hike their prices to cover expenses from the long-term use of generators.” 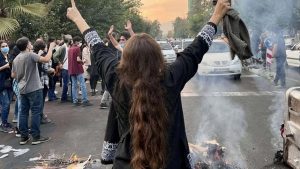 “At least 19 people were killed in Iran on Friday during anti-government protests in a southeastern province that is home to a restive ethnic minority, as unrest spread to remote regions of the country in a new challenge to the ruling Islamic establishment.” 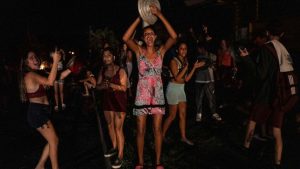 “On Friday morning, the Energy and Mines Ministry said that 60% of the capital, Havana, and 88% of the Mayabeque province had power restored. But most of the country of about 11 million was still without electricity.” 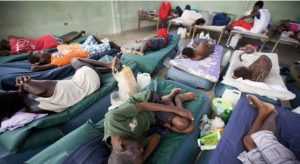 “At least 12 prisoners in Haiti died for lack of food or medicine in the month ending in mid-September, a Haitian official said on Thursday, adding the figure had likely risen since then due to a gang blockade that has created crippling fuel shortages.”

“When the United Nation’s World Food Programme sets records, it does not bode well for the world… The food crisis is unique because it is unfolding amid a more difficult global context than the food and fuel crises of 2008… The current food crisis is about affordability, meaning that food is available but at a cost that is beyond the reach for millions….” 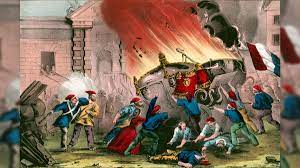 “What’s new is old: how economic discontent triggered unrest in the past.

“The French Revolution, a traumatic event that ultimately cost millions of lives and kickstarted modern Europe, was preceded by an estimated 55% rise in the cost of bread. That’s a smaller price hike than some countries have endured recently.” 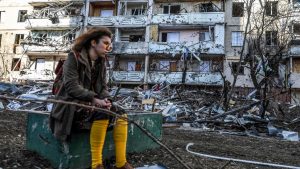 “Over the last six years, companies have had to grapple with five major “uncertainty shocks”: First it was Brexit in 2016, followed by the U.S. presidential election, China-U.S. trade-tensions, the Covid-19 pandemic, and in 2022 the Ukraine war.

“These shocks reflect a new normal of greater global turbulence, driven by domestic and international political fragmentation… Our view is that these global shocks are here to stay.”