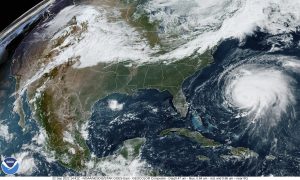 “Fiona will lash parts of Canada as region’s strongest storm on record.

“Canada’s Atlantic provinces are bracing for the strongest storm they have experienced on record as Hurricane Fiona barrels through the North Atlantic, set to hit the area Friday night into Saturday….

“The low-pressure system itself could set a record for lowest air pressure anywhere in Canada. Models are simulating a storm with an air pressure between 930 and 935 millibars. The lowest barometric pressure ever observed in Canada was 940.2 millibars at St. Anthony in Newfoundland on Jan. 20, 1977. Typically, the lower the pressure, the stronger the storm.” 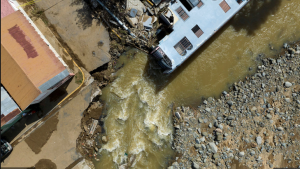 “Now a Category 4 storm, the deadly Hurricane Fiona has wrecked parts of Puerto Rico and the Dominican Republic. Residents describe what it’s like to return to their village to find their homes destroyed.” 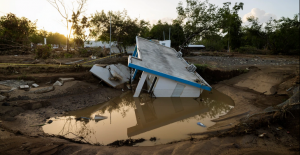 “After devastating floods and many areas left without power (no AC, no fans), Puerto Rico is with a heat alert:

“Today the combination of high temperatures (low 90s) and high humidity can drive the heat indexes as high as 114F (46C).” 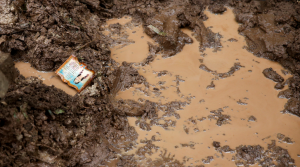 “At least seven people have died and one was injured in El Salvador after rains triggered landslides, authorities said on Thursday.

“The Civil Protection unit maintains an orange alert in 29 coastal municipalities of the country and a yellow alert throughout the territory as rains continue to affect the country.” 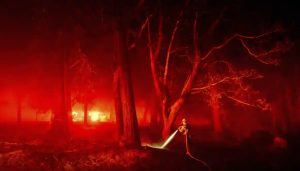 “California temporarily banned insurance companies on Thursday from dropping customers in areas affected by recent wildfires, a day after evacuation orders were lifted for residents near a two-week-old blaze that’s become the largest in the state so far this year.”

“The ranchers collected water for a week, risking fines of up to $500 a day. With wells going dry and ponds emptying, they viewed the penalties for taking water as a small tradeoff to protect their animals and livelihoods.” 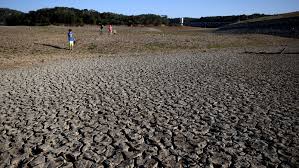 “California should expect a ‘fourth dry year’ as drought persists. 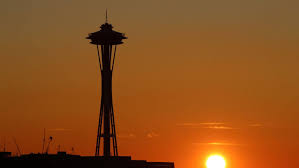 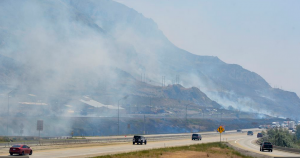 “A new federal wildfire commission formed last year met for the first time in Salt Lake City last week with an eye for fighting blazes that are starting to spark 365 days a year, regardless of traditional wildfire seasons… The Wildland Fire Mitigation and Management Commission was established in December…” 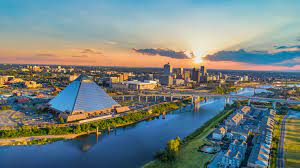 “Memphis hits 100F degrees one day before autumn… Fall may be a day away, but it still feels like the middle of summer in Memphis…

“WREG Weather Expert Tim Simpson said this was the 18th day Memphis has hit 100 degrees this summer and the latest the Bluff City has experienced a triple-digit temperature in 150 years of measuring weather in Memphis.” 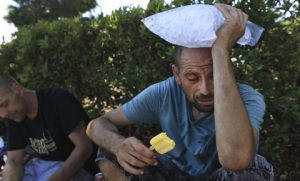 “…data shows the long, lingering heat waves that blanketed much of the country were unprecedented as the climate crisis pushes temperatures into record territory… As sweltering as things may have felt during the day, the heat after the sun went down was even more unusual…” 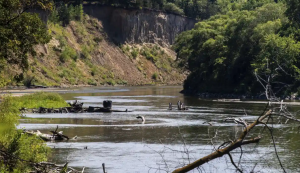 “How the climate crisis is fueling the spread of a brain-eating amoeba.

“The death of a child in Nebraska this summer put the rare but deadly Naegleria fowleri – more commonly known as brain-eating amoeba… underscored a troubling new reality – climate change is encouraging the amoeba to pop up in parts of the US where it isn’t typical, such as the north and west.” 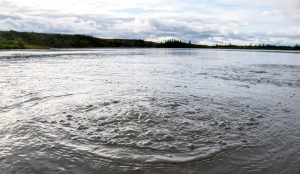 “Two things happen as the permafrost layer thaws beneath lakes: microbial activity increases and pathways form in the permafrost. At …thermokarst lakes in the Arctic, microbes digest dead plants and other organic matter in the previously frozen soil in a process that produces carbon dioxide and methane. More rarely, permafrost thaw can form “chimneys” under lakes that allow methane and other gases—previously trapped deep underground—to escape.” 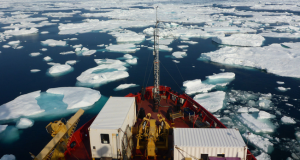 “Although most isoprene is emitted by Earth’s boreal and tropical forests, researchers estimate that the Arctic and subarctic tundra could become a larger source of this compound in the future… If that happens, this isoprene increase could alter the rate of Arctic warming in unexpected ways.” 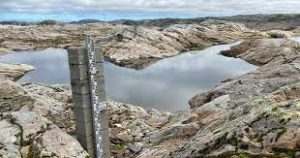 “Norway’s reservoirs are up 0.7 percent overall compared to last week. Still, it’s bad news on the whole as reservoirs are at record low levels, the latest statistics from the Norwegian Directorate of Water Resources (NVE) show.” 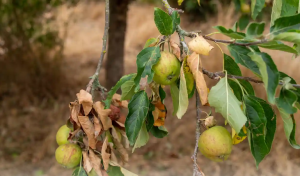 “The UK government’s tree planting scheme is at risk because of the drought, the chief plant health officer has warned.

“Arid conditions have caused heat stress in the young saplings and caused them to become susceptible to disease, Nicola Spence said at the world’s first international plant health conference, held in London on Wednesday.” 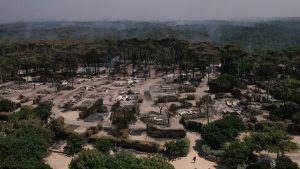 “Authorities in south-east France are to extend anti-drought measures until at least mid-October, they have said, with a continued ban on activities such as watering the garden as the ‘crisis’ level alert remains.” 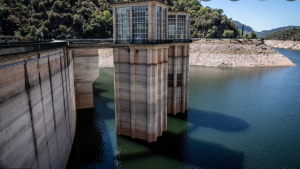 “Spanish meteorological agency Aemet said the upcoming fall is likely to be warmer and less rainy than usual in the whole country. Temperatures in September have already surged to more than 40 degrees Celsius (104 degrees Fahrenheit), setting another record.” 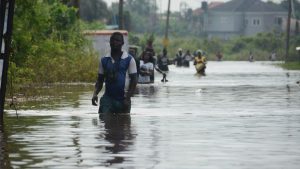 “Africa: After the drought comes the flood…

“Across Africa, extreme weather events have increased in recent years, with sometimes devastating consequences. A recent report by the World Meteorological Organization points to severe flooding in South Sudan, Nigeria, the Republic of Congo and the Democratic Republic of Congo in 2021 — and extreme drought that led to forest fires, particularly in northern Africa.” 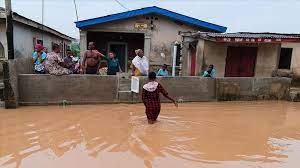 “Floods sweep away 1,500 corpses from cemetery in northern Nigeria.

“The governor of Niger state, Abubakar Sani Bello, confirmed the news, saying a nearby river was littered with corpses. The floods followed days of rains in the area and other neighborhoods and affected the 60-year-old cemetery in the town of Mariga.” 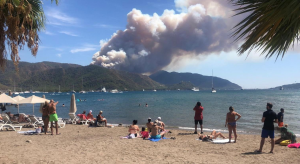 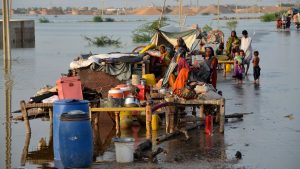 “Pakistan’s largest creditors include Chinese lenders, to whom Islamabad owes more than $30bn accumulated through Beijing’s Belt and Road Initiative, along with countries such as Japan and France, the World Bank and commercial bondholders.” 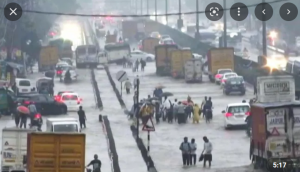 “Authorities in a suburb of the Indian capital [Gurugram, New Delhi] where many companies have offices and executives have their homes, ordered schools to close and urged residents to work from home on Friday after heavy rain brought widespread flooding…

“This month, authorities in the tech hub of Bengaluru in southern India had to use tractors to rescue residents of upmarket housing estates after torrential rain flooded several parts of that city.” 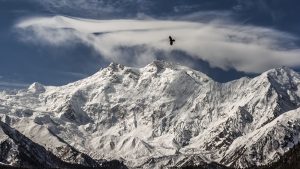 “The ‘Asian water tower’ is brimming — with glacial melt water.

“Groundwater stores on the Tibetan plateau have risen recently, but the bad news is that thawing snow and ice are the source… Terrestrial water storage over the Tibetan Plateau is projected to sustain large net declines by 2060.” 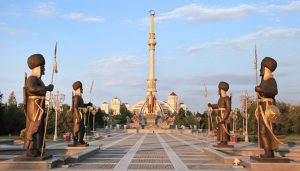 “Over 35C also in Xinjiang, NW China. The heat will persist the whole week.” 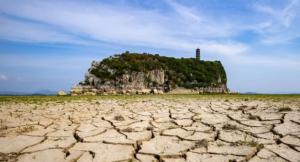 “The central Chinese province of Jiangxi has declared a water supply “red alert” for the first time as a prolonged drought dried up much of the water in the country’s biggest lake… levels in Poyang Lake [fell] from 19.43 metres to 7.1 metres over the last three months.”

“Australia between record heat in the North and heavy rain in the East.

“High temperature records today with 42.7C [108.9F] at Derby in Western Australia, a monthly record and only 0.4C from the Australian September record. It’s also the hottest Australian day ever prior to the spring equinox.” 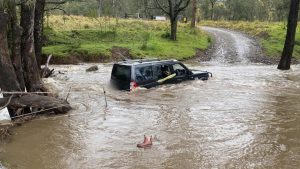 “An east coast low is continuing to lash southeast Australia after monster rainfall totals of 250mm were recorded over the space of just three hours [9.84 inches]… 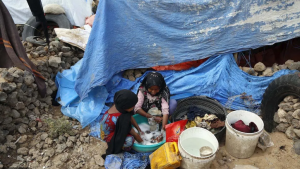 “Unicef reports that at least 700 million people are at risk of displacement due to severe water shortages up to 2030. Most will simply move to the nearest country that can support them. This will in turn stress these neighbours, and conflicts will result… By 2025 half of the world’s population could be living in areas of inadequate water supply.” 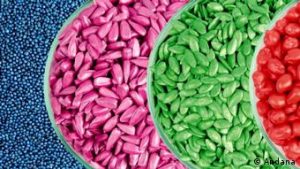 “Insecticides – A Licence to Kill.

“Today’s industrial agriculture relies on insecticides. These chemicals cause massive damage to the environment. Worldwide, the most common insecticides are neonicotinoids… Deployed to destroy pests, they also harm human health.”