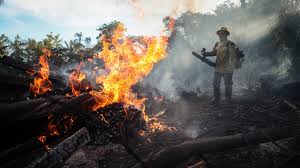 “Brazil’s sprawling Amazon region has seen more forest fires so far this year than in all of 2021, official figures show, as environmental and Indigenous rights groups continue to plead for more protection of the critical rainforest. 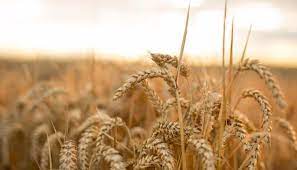 “Many environmental and consumer groups have resisted GM wheat, fearing unforeseen side-effects from changes to the genome in a grain used in bread, pasta and other staples. Genetic modifications have long been used in soy and corn, used predominantly for animal feed.”

“Temperatures reached 95 degrees in Kahului on Thursday, breaking the old record of 94 set on the same day in 2019, according to the National Weather Service. 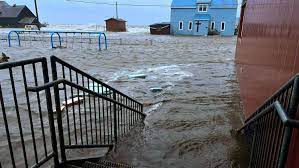 “Merbok built up over unusually warm water. Its waves reached 50 feet over the Bering Sea, and its storm surge sent water levels into communities at near record highs along with near hurricane-force winds. Merbok also hit during the fall subsistence harvest season.” 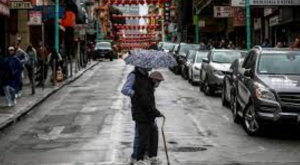 “Much-needed rainfall and thunderstorms are hitting central and northern parts of California, bringing relief to places that typically see little precipitation in September. An upper-level low-pressure system, an occurrence more likely in winter, is churning off the coast of Northern California. It follows unprecedented heat across much of California at the start of September…” 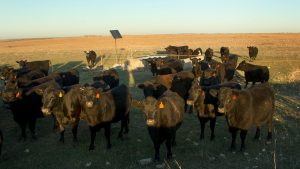 “Harsh heat in Kansas, Nebraska, Missouri, Iowa, Arkansas, Tennessee at record level for this time of the year up to 103F/39.4C at Lincoln NE and West Memphis AK and 102F at Booneville MO.” 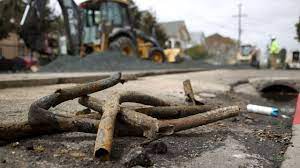 “These heat waves are shattering records for intensity, frequency and duration — and inflicting a mounting toll, not just on people, animals, crops, water supplies and more, but on infrastructure that wasn’t built for this sizzling new normal.” 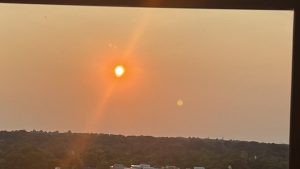 “This is why D.C.’s sunrises and sunsets have had a reddish hue.

“The sun’s usually bright and vibrant colors at sunrise and sunset in recent days were replaced by dim and soft reddish hues in the sky. The culprit? Western wildfire smoke in the atmosphere that filtered the sunlight reaching the ground.” 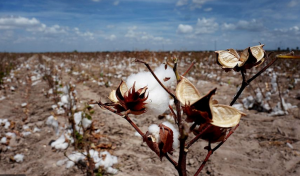 “On Sutton Page’s ravaged cotton fields, there is almost nothing left to pick. The Texas farmer managed to salvage maybe a fifth of his crop, but the rest was lost to the severe drought that has taken a steep toll across the region.” 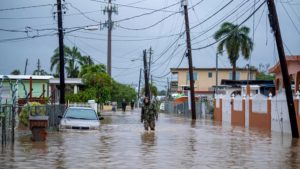 “Hurricane Fiona has blasted the Turks and Caicos Islands as a Category 3 storm after cutting a path of devastation through the Dominican Republic and Puerto Rico – where most people remained without electricity or running water.” 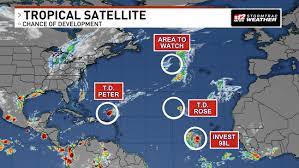 “Fiona is hitting Turks and Caicos on Tuesday and is expected to reach Category 4 status before getting to Bermuda later this week. Another system, Tropical Storm Gaston, formed on Tuesday in the north Atlantic, but is forecast to have little impact on any land.” 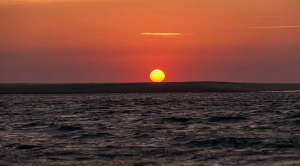 “”Climate change is making every marine heatwave warmer than the last,” according to NOAA research scientist Dillon Amaya, who studies marine heat waves at NOAA’s Physical Sciences Laboratory… “The North Atlantic is currently something like four degrees Celsius warmer than normal, or at least parts of it are…”” 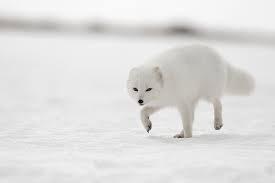 “Plastic and debris in Arctic fox poo in Iceland.

“Man-made debris such as plastic is ubiquitous in the world and the Arctic is no exception.

“This type of pollution in the Arctic is likely to grow in the future due to an increase of tourism, a poleward expansion of fishing and shipping activities resulting from climate warming.” 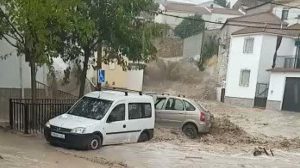 “A waterspout caused flooding on Tuesday in the municipality of Pedro Martínez, in the Eastern Mountains of Granada, as well as in the towns of Pinos Puente, Zujaira and Casanueva, in the region of La Vega, where the overflow of ramblas and streams occurred.” 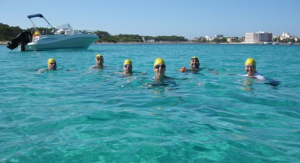 “According to the Port Authority the record was broken on August 11 off the coast of the island of Dragonera with a temperature of 31.34 degrees and then again on August 25 31.36 degrees, an all-time record… There is growing concern over the high water temperatures in the Mediterranean because of their impact on wildlife.” 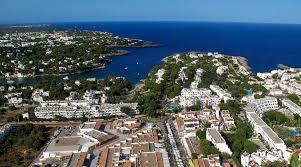 “…the highest temperature ever recorded on the islands was 44.5 degrees, in Formentera and Montuïri on 13 August… The head of the Aemet confirmed that there have been three heat waves in Mallorca and two in Ibiza…” 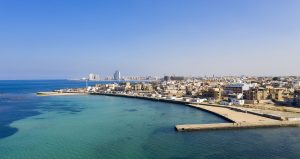 “While most of Europe is with an early cold spell with local frosts at low elevations, Northern Africa is sizzling with near record heat for late September.

“Temperatures are still rising above 45C [113F] in Central Algeria, over 43Cin Libya and above 40C in Southern Tunisia.” 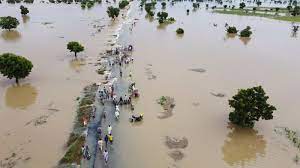 “Nigeria battling floods ‘beyond control’ as warning given of dams overflowing.

“Authorities are blaming the floods this year on water overflowing from local rivers, unusual rainfalls and the release of excess water from Lagdo dam in neighbouring Cameroon’s northern region.” 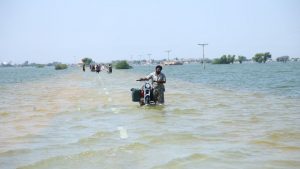 “”It is said that in the story of Noah that it rained for 40 days and 40 nights, and I mean that’s the sort of scale we are looking at here,” Foreign Minister Bilawal Bhutto Zardari said, referencing the biblical story of the man who built an ark when flood waters came.” 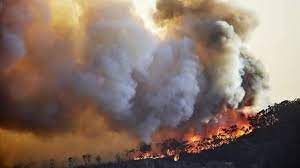 “A severe and prolonged heatwave hit India and Pakistan earlier this year, and Pakistan received 62 per cent less rain than normal in March… These tinderbox conditions resulted in wildfires raging across forested regions of Punjab, Kashmir, Khyber Pakhtunkhwa and Balochistan for days.” 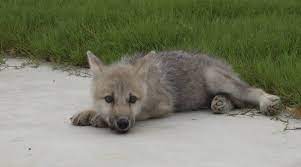 “Researchers in China have cloned a wild Arctic wolf — and they’re hoping the controversial genetic technology can now be used to help save other species under threat as the world edges toward an extinction crisis.” 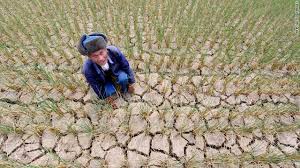 “National Meteorological Centre issued a drought warning for the 33rd straight day on Monday, with Jiangxi province suffering ‘severe’ drought for 69 days this year… Concerns that the lack of water will also threaten aquatic animals in Poyang Lake, including the Yangtze finless porpoise…” 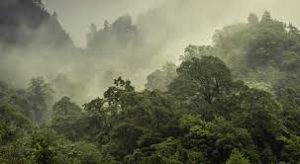 “Currently two heat waves persist in the country: one in the NW with temperatures still hovering 35C in Xinjiang and one in the South with 38.7C both in Yunnan and Sichuan Provinces,38.2C in Guizhou Province and 37.9C in Guangxi. And the heat will go on….” 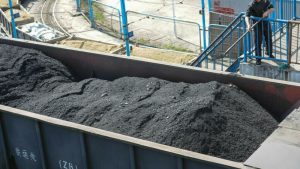 “As severe drought and heatwave hit western and southern China from late July, coal-fired power plants geared up production to meet the spiking demand for air conditioning and the supply gap from hydropower stations.” 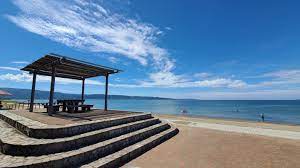 “It’s 20th September but the stifling heat and the records are still daily routine in Japan.

“On 19th September 18 stations beat or tied their highest minimum temperatures for September. Impressive Tmin of 28.0C [92.4F] at Hamochi. Heat records have been broken by hundreds since June.” 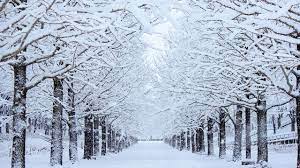 “Japan is predicting its winter will trend colder as La Nina stretches into a third year, increasing the need for heating fuels in the world’s second-biggest importer of liquefied natural gas… Japan imports almost a fifth of the world’s LNG…” 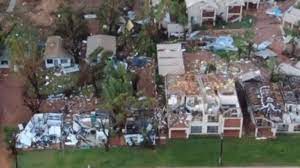 “Kalbarri is still struggling from the effects of Cyclone Seroja that hit the popular tourist town 18 months ago. Iconic bird park Rainbow Jungle remains closed, as does several popular restaurants and cafes, 14 businesses in total.” 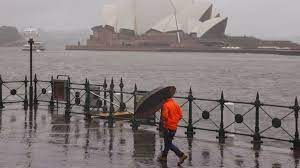 “Parts of Australia’s east coast could be hit by ongoing flooding within days, just a week after the official declaration of a rare third La Niña.

“A low-pressure system is forecast to cause widespread rain and storms across much of the inland south-east from Wednesday and possible major flooding from already full waterways across southern Queensland, inland New South Wales and northern Victoria.” 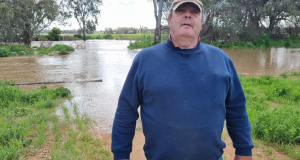 “Farmers in North West NSW see crops inundated by flooding, with more rain on the way.

“The river broke its banks on Friday and saw Doug Grant’s farm inundated with water, wiping out his lucerne crops. His farm was flooded this time last year and the cumulative events were taking a toll. “We’ve had floods here for the last two years and this would be my fourth or fifth flood,” Mr Grant said.”

“Experts at the John Innes Centre have found a correlation between early winter temperatures and crop yields for some economically significant crops. The researchers combined laboratory work with fieldwork to conduct their study…”