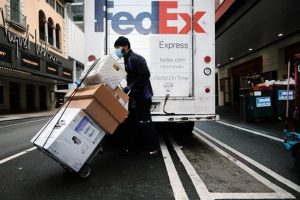 “FedEx warned that a global recession could be coming, as demand for packages around the world tumbles.

“Shares of FedEx (FDX) plunged 21% Friday — the biggest one-day drop in its history — after the company warned late Thursday that a slowing economy will cause it to fall $500 million short of its revenue target.

“The weakening global economy, particularly in Asia and Europe, has hurt FedEx’s express delivery business. The company said demand for packages weakened considerably in the final weeks of the quarter.

“What’s more, FedEx said it expects business conditions to further weaken in the current second quarter, which runs through November.”

“The Christmas holiday season is usually frantic for air cargo and shippers moving newly launched smartphones, toys, and apparel from factories in Asia to the United States and Europe. But Western retailers including Costco Wholesale Group and Macy’s Inc have found their shelves overflowing with unsold merchandise, suggesting they misjudged demand…” 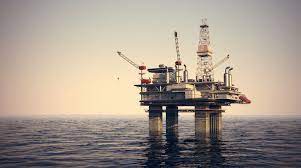 “…a broad range of financial indicators from fixed income, equity and commodity markets, as well as individual share prices for bellwether companies, all point to a significant slowdown in the cycle in the next six months.” 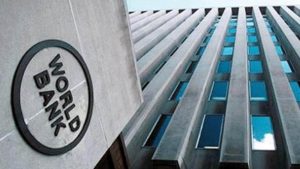 “The World Bank has warned that leading central banks risk sending the global economy into a “devastating” recession next year if policymakers raise interest rates too high over the months ahead and stress financial markets.

“The Washington-based organisation called on monetary authorities in the big economies to co-ordinate their actions to reduce the overall amount of tightening.” 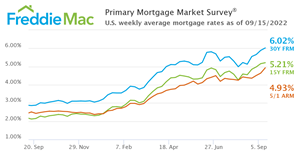 “[US] Mortgage rates surpass 6 percent for the first time since 2008.

“Mortgage rates shot above 6 percent this week for the first time in 14 years as inflation has remained resistant to the Federal Reserve’s efforts to tamp it down. The dramatically swift escalation has chilled what had been a hot U.S. housing market, increasing pressure on an economy plagued by unremitting inflation.” 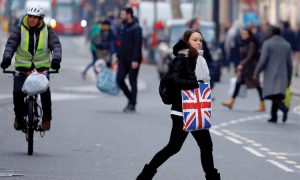 “Fears that the British economy is already in recession after a slump in retail sales last month triggered heavy selling of the pound on international money markets taking it to a 37-year low against the dollar.

“With average UK wages continuing to fall behind rising prices and the Bank of England expected to push up interest rates next week, sterling fell by more than 1% against the US currency to $1.135, its lowest since 1985.” 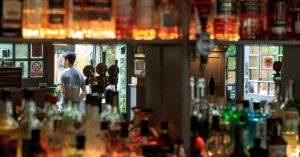 “The number of companies in England and Wales declared insolvent jumped by 43% in August, according to government data, which adds to concerns for the health of the UK economy.

“Economists are concerned that businesses will increasingly struggle as consumers cut back spending amid high inflation.” 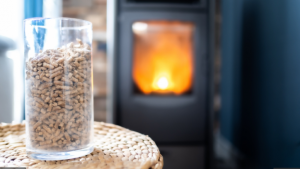 “Wood pellet shortages in France cause prices to soar.

“The price of wood pellets is soaring in France due to a growing shortage of the wood-burning stove and pellet stove fuel as people prepare early for winter and more households entering the wood pellet market.” 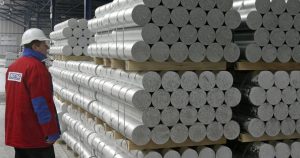 “Aluminium Shortages are Here (and could get much worse). Europe’s Power Crunch Cuts Zinc and Aluminum Capacity in Half.

“Europe has lost about half of its zinc and aluminum smelting capacity within the past year, and a further surge in power prices could knock more plants offline over winter, the region’s biggest metal producers warned.”

“A shortage of carbon dioxide is causing German drinks manufacturers to cut production and warn of bankruptcies, in the latest sign of how Europe’s energy crisis is sending shockwaves through the region’s economy.” 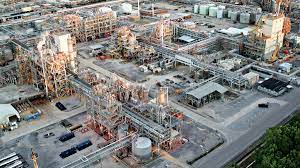 “BASF-produced chemicals are used to make anything from toothpaste to vitamins, from building insulation to nappies. It is one of the world’s biggest manufacturers of ibuprofen for painkillers, and its single largest customer industry is the automobile industry…” 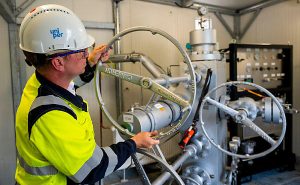 “Germany has taken the German subsidiary of the Russian oil giant Rosneft under state control, putting three refineries into a trusteeship ahead of a partial European embargo on Russian oil at the end of the year. The federal network regulator will become the temporary trust manager of Rosneft Germany…” 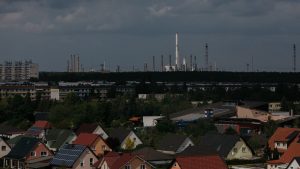 “The three companies are central pillars of Germany’s energy infrastructure, bringing gas from all over the world to fire Europe’s power stations, run factories and heat homes. Their physical assets help store and transport energy, while their teams of traders buy and sell billions of euros of contracts each year to keep the continent’s economy afloat and societies stable.” 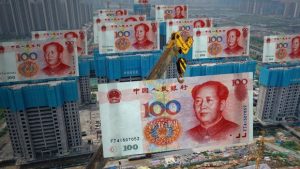 “Woes in China’s property market worsened in August, with official data showing home prices, sales and investment all falling in August, as a mortgage boycott and developers’ financial strains further hurt confidence in the sector.” 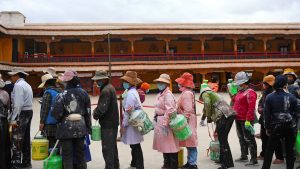 “Coronavirus in China: food shortages and chaos reported in locked down Lhasa.

“People are confined to their homes or in hospitals but officials and volunteers are falling sick, leading to supply breakdowns. The city of 860,000 has recorded more than 540 infections so far, along with many more asymptomatic cases.” 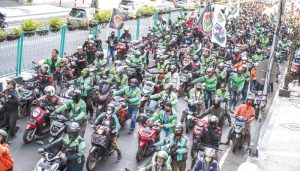 “”I sometimes don’t eat a proper meal the whole day to allocate my cash for fuel. If I don’t have fuel, how can I work?,” asked Ridwan, a contractor for Gojek — which alongside Singapore’s Grab is among Asia’s most valuable start-ups.” 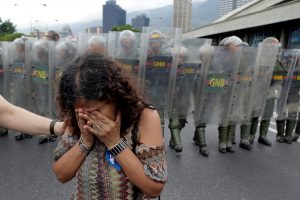 “What is happening in Venezuela?

“The humanitarian crisis in Venezuela was triggered by the economic collapse that began in 2014 and has been deepening ever since. A quarter of the population is in need of aid… The country’s health system has collapsed, and hyperinflation paired with shortages of essential resources such as water, fuel and medicine continue, causing social unrest.” 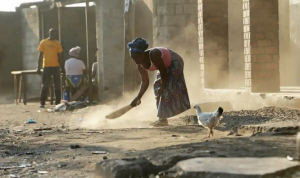 “More than 100 economists and academics have urged international lenders to crisis-stricken Zambia to write off a significant slice of their loans during financial restructuring talks this month. Zambia is seeking up to $8.4bn (£7.3bn) in debt relief from major lenders, including private funds…” 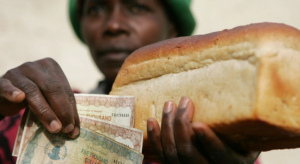 “The southern African country is already in the throes of an economic crisis due to high inflation. Ninety percent of the country is unemployed, according to the Zimbabwe Congress of Trade Unions (ZCTU) and its manufacturing output is on a decline.” 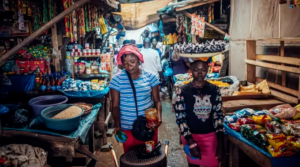 “Inflation in Nigeria hit a 17-year high of 20.5 per cent in August, driven by soaring prices of food, diesel and a weakened currency, data released by the statistics agency on Thursday showed. The Nigerian currency has depreciated by almost 25 per cent against the dollar since the start of the year…” 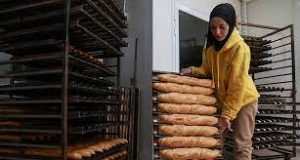 “‘The country is being suffocated,’ say Tunisians weary of food shortages…

“Rationing has become commonplace, while supermarkets and small local shops have yawning gaps on shelves once crowded with everyday products. Government announcements on the food shortages have been confusing, attributing the absence of basic foodstuffs both to speculators and selfish hoarders.” 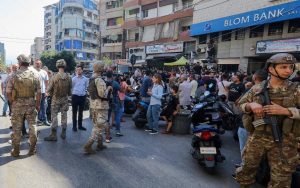 “Lebanese banks to close next week after more branches are stormed.

“Lebanese banks have said they will soon announce a three-day closure next week over mounting security concerns following a series of incidents involving people seeking access to their savings by entering banks armed with guns. On Friday, eight banks were held up by depositors who demanded their own money…” 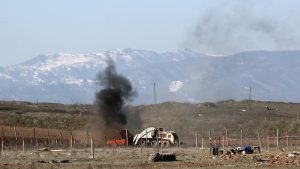 “Over 200 dead in Armenia-Azerbaijan clashes this week.

“Armenia said Friday that at least 135 of its troops died in border clashes with Azerbaijan this week, bringing the overall toll to more than 200 following the countries’ worst fighting in two years. Both sides accuse each other of initiating the clashes, which erupted on Tuesday…” 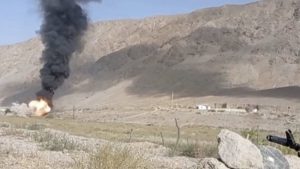 “At least 24 killed in clashes on Kyrgyzstan, Tajikistan border…

“Clashes on the border that began earlier this week grew into large-scale fighting on Friday involving tanks, artillery and rocket launchers. As part of the shelling, Tajik forces struck the regional capital, Batken, with rockets.” 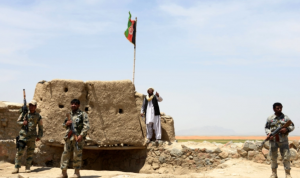 “The Taliban government in Afghanistan has blamed the Pakistan army’s attempt to build a security post at their border as the reason behind Tuesday’s cross-border skirmish, causing multiple deaths on both sides, including at least three Pakistani soldiers.” 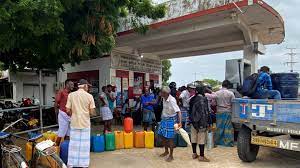 “Sri Lanka’s economy shrank 8.4% in the quarter through June from a year ago in one of the steepest declines seen in a three-month period, amid fertilizer and fuel shortages during the nation’s most severe financial crisis in more than seven decades.” 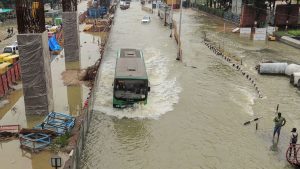 “Last week, after the city’s heaviest rains in decades, the Yemalur neighbourhood was submerged under waist-deep water along with some other parts of Bengaluru… flooding during the monsoon has raised fresh questions about the sustainability of rapid urban development, especially if weather patterns become more erratic and intense because of climate change.” 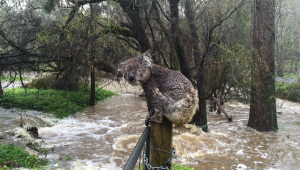 “The World Has a $1 Trillion La Nina Problem. 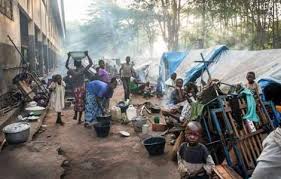 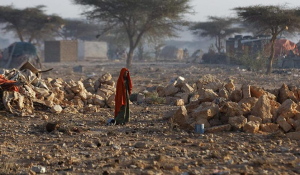 “David Beasley, executive director of the UN World Food Programme, said the 345 million people facing acute food insecurity in the 82 countries where the agency operates is two-and-a-half times the number of acutely food insecure people before the Covid-19 pandemic hit in 2020.”

You can read the previous “Economic” thread here. I’ll be back on Monday with a “Climate” thread, although the news cycle may be somewhat slow then due to the Queen’s funeral.