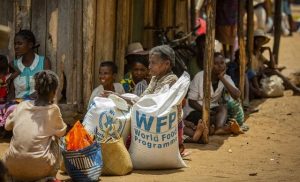 “Water And Energy Shortages Are Fuelling a Global Food Crisis… Climate change poses an enormous and unprecedented threat to water, energy, and food, at the same time that demand for all three is steadily increasing.

“The current drought conditions around the globe are putting enormous pressure on the nexus and squeezing the energy supply even tighter amid a worldwide energy crisis spurred by the Covid-19 pandemic and compounded by the Russian war in Ukraine.” 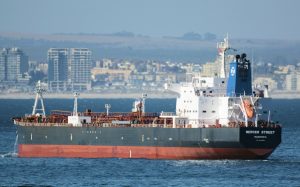 “The Energy Market’s Next Crisis: Oil Tanker Shortages… As the EU ban on Russian oil and fuels looms, demand for tankers – particularly ice tankers – has been climbing… 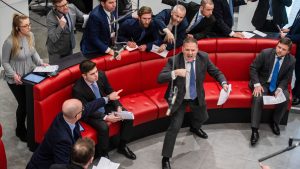 “Commodity Markets Are Contending with a Growing Liquidity Crisis.

“…underlying prices have been fraught with risks. Whether it’s the upending of trade flows from the war in Europe, China’s covid-zero policy or central bank responses to rampant inflation, the result has been a period of increasingly severe intraday swings.” 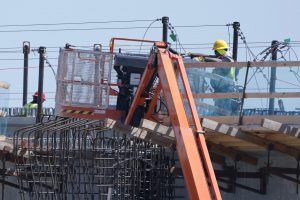 “Power outages in the US are climbing, researchers reported Wednesday, as extreme weather gets worse due to the climate crisis, the demand for electricity climbs and the country’s energy infrastructure gets older and more vulnerable…

“Researchers reported that outages in the past 10 years had increased by 64% compared with the previous decade.” 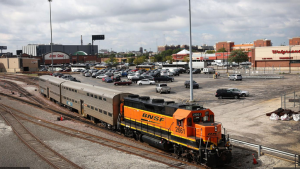 “A looming US railway strike has already halted shipments of a critical fertilizer ingredient at a time when American farmers need it the most.

“Rail officials are no longer shipping ammonia, an important component of about three quarters of all fertilizer, because it would be dangerous if the hazardous material was stranded during a potential rail strike…” 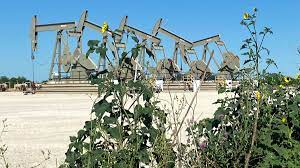 “The US shale industry has warned it cannot rescue Europe with increased oil and gas supplies this winter amid fears that a plunge in Russian exports will send crude prices soaring back above $100 a barrel… “It’s not like the US can pump a bunch more. Our production is what it is,” said Wil VanLoh, head of private equity group Quantum Energy Partners…” 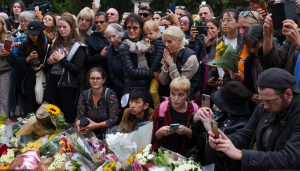 “Recession threat looms as UK grinds to a halt to mourn Queen.

“Britain’s fragile economy was already teetering on the edge of recession even before the death of Queen Elizabeth II last week. That prospect now looms a lot larger, as businesses cancel events amid the period of national mourning culminating in the bank holiday for the late monarch’s funeral.” 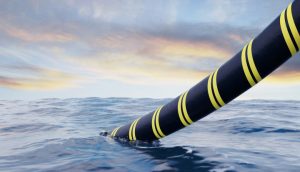 “Threat of cross-Channel power crunch as Britain and France rely on importing each other’s energy.

“Both France and Britain are looking to each other for electricity supplies this winter, raising the possibility of a cross-Channel power crunch if demand spikes on both sides at the same time. France is normally a major exporter of power to Britain and the continent, but outages on its nuclear fleet turned it into a net importer during the first half of the year.” 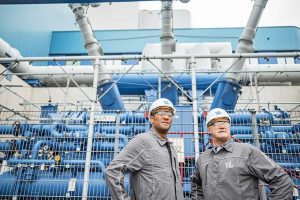 “The embattled gas importer Uniper has entered talks with the German government over a possible nationalisation, the company has said. The terms under discussion would increase the state’s holding in the faltering energy giant to 50%. The German state took a 30% stake in the group in a rescue package in July…” 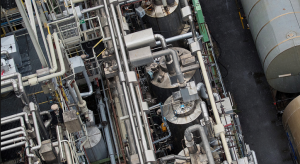 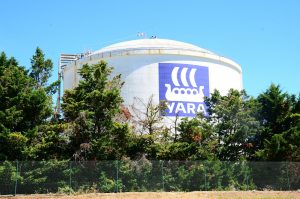 “The European Union’s nitrogen fertilizer output is being slashed by an estimated 400,000 to 500,000 tonnes per month, according to an Argus Media analysis. It started with shutdowns in Poland but has since spread across the region as companies such as Achema, Yara and Borealis shutter their plants.” 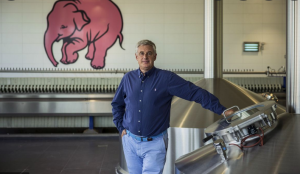 “From Beer to Tomatoes, Europe’s Energy Crisis Is Spilling Over.

“The Belgian brewer of Delirium Tremens beer is facing a real risk of halting production for the first time in more than a century as Europe’s energy crisis creates unexpected ripple effects across the region… From German tomatoes to Swedish bread, Russia’s squeeze on gas supplies is starting to hit sectors well beyond utilities and energy-intensive industries.” 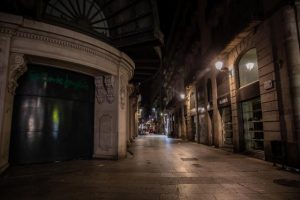 “On Wednesday, France’s Reseau de Transport d’Electricite said that it will probably have to ask the country to cut consumption several times this winter to avoid rolling blackouts. Finland also ramped up its warnings about outages… “The reality is that there is not enough gas in Europe,” said Ed Birkett, head of energy and climate at Onward…” 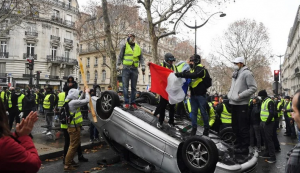 “Europe could face social unrest if there is a cold winter, the head of the International Monetary Fund (IMF) has suggested, as Brussels prepares a €140bn (£121bn) raid on the energy industry to help solve the crisis… “There is certainly fear of recession in some countries, or even if it is not recession, that it would feel like recession this winter,” she said.” 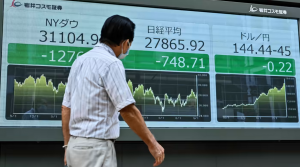 “Japan steps up yen ‘psychological warfare’ with calls to traders.

“A fresh collapse in the Japanese yen halted on Wednesday after authorities cranked up their warnings over a drop in the currency and called traders to quiz them on market conditions… In the past, such checks have come ahead of instructions from the Ministry of Finance to intervene directly in the market to control the exchange rate.” 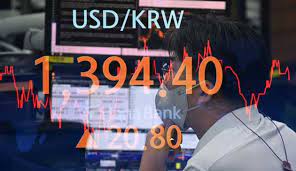 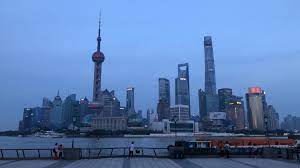 “China is finally facing up to the limits of economic stimulus…

“…authorities are weary of the same old playbook after four decades. Stimulus spending over this period has produced enough bad outcomes already, including a bloated state sector and a bloated private sector; incremental economic output reliant upon more and more credit; a ratio of debt to gross domestic product that is among the highest in the world; and overly leveraged and fragile businesses.” 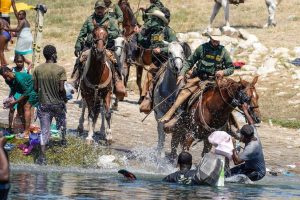 “A worsening migration crisis in the Americas…

“This is no longer just about the US and Central America or the US and Mexico. We’ve got migrants fleeing all over Latin America now in much greater numbers and overwhelming some of the countries in the south of the region as well… …it’s also really the collapse of Venezuela… And then on top of that, you’ve got Cuba and you’ve got Haiti.” 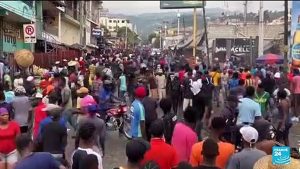 “People have taken to the streets in several cities across Haiti after the government announced a substantial increase in the price of fuel that will further squeeze a population already struggling with soaring costs of living. The Haitian authorities announced on Wednesday that the price of gas will more than double…” 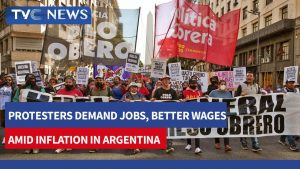 “Across Latin America, a burgeoning middle-class is seeing its prospects eroded. The response risks igniting a tinderbox. From Mexico to Brazil, persistent high inflation is widening the gap between rich and poor — in what is already the world’s most unequal region. It’s stoking political upheaval that could be a foretaste of what lies ahead…” 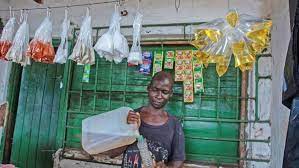 “Global inflation pushes millions of Africans back into poverty.

“…by the end of this year up to 30mn Africans may no longer be able to afford liquefied petroleum gas (LPG) to cook the food they eat. Such a development would mark an economic regression that the World Bank has said may raise the total number of Africans living in extreme poverty from 424mn before the pandemic in 2019 to 463mn this year.” 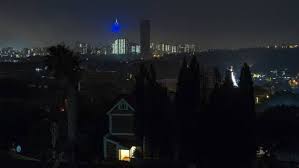 “Eskom is struggling to meet electricity demand because its old and poorly maintained power stations continually break down. The energy shortages are weighing on business confidence and output, and contributed to a 0.7% quarter-on-quarter contraction in the economy in the three months through June.” 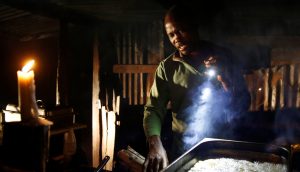 “Harare, the nation’s capital, is already experiencing power outages of as long as 10 hours a day because of lower output from its main electricity plants. The country is also facing higher demand for energy, particularly from mining companies as they ramp up output, President Emmerson Mnangagwa said in July.” 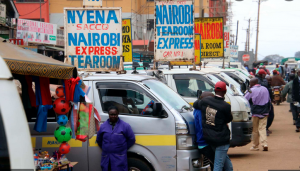 “Pain for hustlers as fuel prices go up in Kenya.

“Fuel prices in Kenya surged to record highs on Thursday after the new government slashed subsidies, piling on misery for a population already facing deep economic hardship… On Tuesday, President William Ruto had vowed to withdraw the fuel subsidy that has kept prices stable since July.” 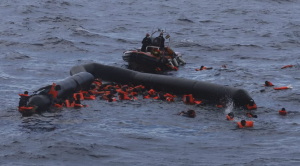 “The number of Tunisian migrants landing on Italian shores jumped 23 percent to 13,500 in the first eight months of 2022 from the same period last year, a rights group said on Tuesday, adding Tunisia’s political and economic crisis lay behind the exodus.” 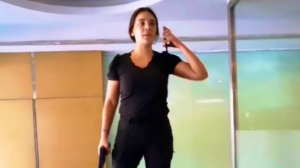 “In crisis-hit Lebanon, woman robs bank for own savings to treat sister’s cancer [and livestreams it].

“A woman held up a Beirut bank Wednesday with a toy gun and walked out with thousands of dollars to pay for treatment for her ill sister, in a desperate heist cheered by many in crisis-hit Lebanon. It was the latest in a series of heists in Lebanon…” 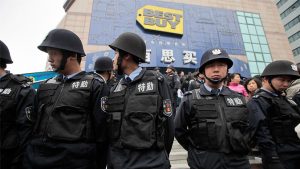 “A recent survey conducted by Constella Intelligence and commissioned by ASIS International revealed that organizations are confronting a staggering increase in threats against employees, executives and physical locations.”