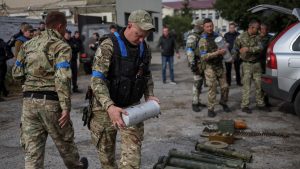 “The Global Economy Has Become a Battlefield.

“Soaring energy prices in Europe, an alleged attempt to detain a Fed official in China, efforts to diversify chip supply away from Taiwan Semiconductor: We are in a global financial war…

“Anodyne words such as “globalization” obscure the gritty connections of cause and effect. Over the past two centuries we have learned how to produce food and build shelter efficiently, and we now feed and house eight billion people more easily than prior centuries did one billion. 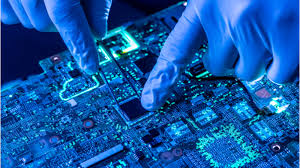 “The causes were industrialization, mechanization, electrification and automation, joined with the ability to finance such innovations [plus a colossal, rising throughput of energy, mostly from fossil fuels]…

“The sophistication of this system is also its vulnerability.” 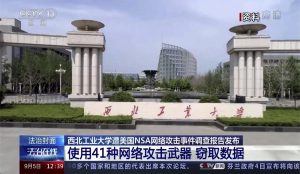 “China denounced the U.S. Embassy in Beijing following a joint report from two of the country’s most prominent cyber authorities accusing the National Security Agency of stealing “sensitive information” from Chinese institutions.” 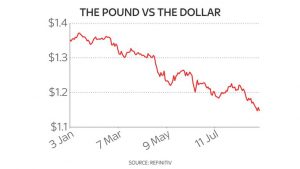 “As if the energy crisis and the highest inflation rates in four decades were not disruptive enough, the global economy is also being rattled by big realignments in exchange rates.” 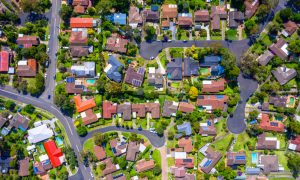 “The World’s Hottest Housing Markets Are Facing a Painful Reset…

“From Sydney to Stockholm to Seattle, buyers are pulling back as central banks raise interest rates at the fastest pace in decades, sending house prices falling. Meanwhile, millions of people who borrowed cheaply to purchase homes during the pandemic boom face higher payments as loans reset.” 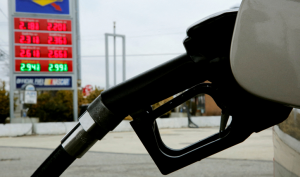 “Investors sold petroleum last week with the fastest sales concentrated in middle distillates as the economic outlook on both sides of the Atlantic deteriorated… the heaviest proportional sales were in U.S. diesel (-8 million barrels) and European gas oil (-8 million barrels) with both experiencing the fastest sales since March 8, shortly after Russia invaded Ukraine.” 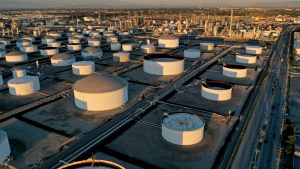 “President Joe Biden in March set a plan to release 1 million barrels per day over six months from the SPR to tackle high U.S. fuel prices, which have contributed to soaring inflation. The Biden administration is weighing the need for further SPR releases after the current program ends in October…” 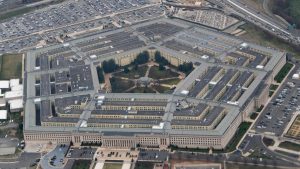 “”Significant inflation is a major challenge” for the Pentagon and its thousands of contractors, compounding the challenge from COVID-19 and dealing with the supply-chain crisis, said the National Defense Industrial Association report, which was reviewed by Reuters ahead of publication.” 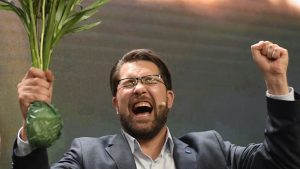 “The anti-immigrant Sweden Democrats have already started talks with other right-wing parties about forming the Nordic country’s next government. According to Swedish media outlets, Sweden Democrats leader Jimmie Åkesson met at lunchtime in Stockholm with the leader of the Moderates Ulf Kristersson.” 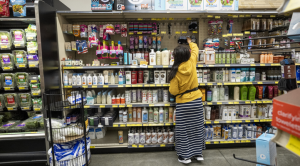 ““Inflation is the Achilles’ heel in both the Danish and the European economy,” Mathias Dollerup Sproegel, a senior economist at Sydbank, said in a note. Current prices mean that an average Danish family will have to spend an extra 40,000 kroner ($5,400) a year on consumer goods, compared with 2021, he said.” 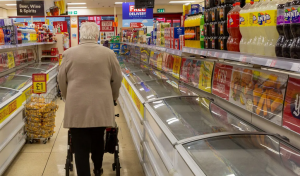 “There is a risk of food shortages in the UK this winter, experts have said, as the drought and high gas prices put pressure on farmers.

While growers who use glasshouses are either not sowing or waiting until spring when there are more daylight hours, the crops that would usually have sustained the country during fallow periods, such as cabbages, carrots and potatoes, are likely to have reduced yields because of the drought…” 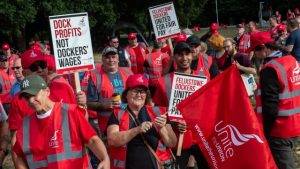 “Workers at Britain’s biggest container port Felixstowe plan to stage a second eight-day strike over pay, a notice on the port operator’s website said on Tuesday, adding to a wave of industrial unrest caused by soaring inflation.” 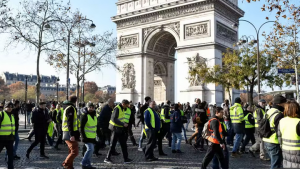 “More than a hundred “yellow vest” demonstrators have been arrested in Paris in a reappearance of the grassroots protest movement amid discontent around France over rising prices and unpopular reforms by President Macron.

“Mobile riot police intervened swiftly to break up unannounced, and therefore illegal, protests by several hundred people wearing gilets jaunes, some in masks, around the Place de la République and also near the Champs Elysées on Saturday.” 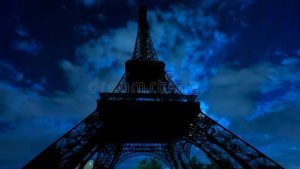 “‘It’s a highly symbolic gesture – part of the growing awareness around energy sobriety,’ Jean-François Martins, the head of the tower’s management told The Guardian… Officials in other French cities are also planning to reduce the night-time lightening of important sites.” 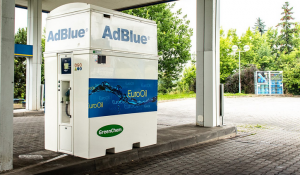 “Germany is facing a shortage of AdBlue, a key ingredient for modern diesel cars and trucks, as soaring energy prices send shock waves through the economy.

“Truckers say suppliers are limiting deliveries of AdBlue, while some orders to gas stations are being cut, according to industry groups… AdBlue supply at gas stations is currently “tense and going to be tight in the coming months,” said Juergen Ziegner, executive director of Germany’s petrol stations association ZTG.” 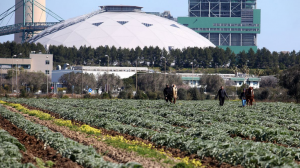 “Italy’s main business lobby group Confindustria is in talks with the government about potential gas rationing, the head of the organisation said on Monday. The measures would be required to reduce risks linked to a total halt to Russian gas flows in the coming winter season…” 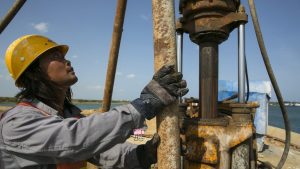 “In recent years, China has shelled out tens of billions in opaque “emergency loans” for at-risk nations, indicating a shift to providing short-term emergency lending rather than longer-term infrastructure loans… Experts are concerned about what comes next, as many of the nations that took loans from China are facing an extraordinary debt crunch amid an era of inflation and climate change.” 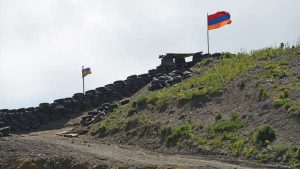 “Clashes have erupted between Azerbaijani and Armenian troops, according to Russian news agencies, in a resumption of decades-old hostilities linked to the disputed territory of Nagorno-Karabakh.

“Azerbaijan, which re-established full control over the territory in a six-week conflict in 2020, acknowledged casualties among its forces. Armenia made no mention of losses, but said clashes persisted overnight.” 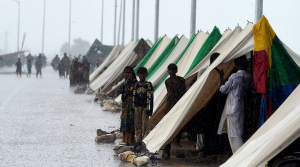 “Traders have said the Pakistani rupee is expected to continue depreciation against the greenback during the ongoing week as no clear strategy to turn around the economy is driving away investors.” 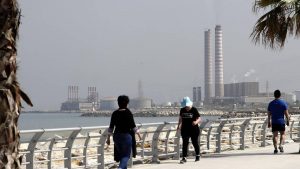 ““This black smoke contains heavy carcinogen metals, which constitute a public health hazard in the long term”, said opposition MP Najat Saliba, a chemistry professor at the American University of Beirut in Lebanon… With the central bank’s dollar reserves dwindling, cash-strapped Lebanon is struggling to secure fuel imports for its power plants.” 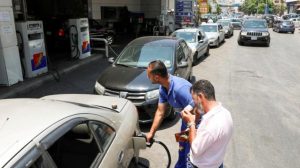 “Lebanon’s central bank says it has stopped providing dollars for gasoline imports, a move that will likely lead to higher and more volatile prices as well as increased pressure on the local currency, which continues to lose value as the country’s economic crisis shows few signs of abating.” 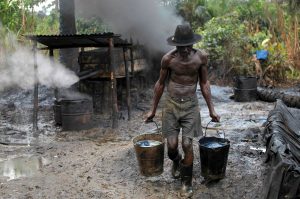 “Over the past three years, Nigeria’s crude oil exports have essentially halved, according to Petro-Logistics. Persistent underinvestment in the Nigerian oil industry and the perennial problem of oil theft from pipelines have plagued the sector in recent years.” 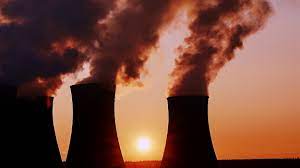 “Eskom Holdings SOC Ltd has spent nearly half a billion dollars (7.7 billion rand) over the past six months burning diesel in efforts to ease rolling blackouts. That amount is already above what the state-owned company had estimated it would spend for the full year…” 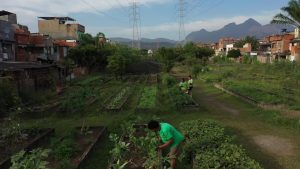 “Soaring Food Prices in Brazil Lead Many to Take Up Urban Farming.

“As a teenager in the Manguinhos slum community in northern Rio de Janeiro, Leonardo Ferreira said he used to spend his mornings packaging cocaine between shootouts with the police. Now, he tends to his lettuce in the favela’s vast vegetable garden, one of thousands of urban farms…

““People are desperate. We sell the vegetables cheap to the locals at a fair on Fridays—it’s normally all gone within 30 minutes,” said Mr. Ferreira, 26, who swapped his assault rifle for a garden hose under pressure from his wife.”