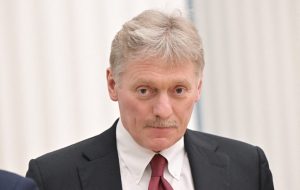 “Russia will not resume gas supplies to Europe until sanctions lifted, says Moscow…

“Speaking to journalists on Monday, Dmitry Peskov, the Kremlin’s spokesperson, blamed sanctions “introduced against our country by western countries including Germany and the UK” for Russia’s failure to deliver gas through the Nord Stream 1 pipeline.” 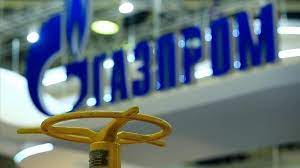 “The threatened cuts to supplies of gas from Russia have prompted a scramble by European countries to store as much gas as possible before winter, as well as efforts to find alternative supplies.” 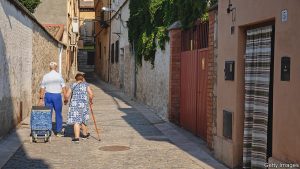 “Europe heading for recession as cost of living crisis deepens.

“The euro zone is almost certainly entering a recession, with surveys on Monday showing a deepening cost of living crisis and a gloomy outlook that is keeping consumers wary of spending… the ECB faces the prospect of raising interest rates aggressively just as the economy enters a downturn.” 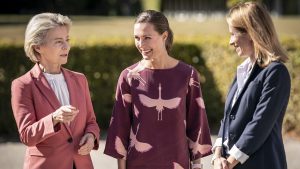 “The hit to the euro zone economy and its currency from a deepening energy crisis is so severe that more aggressive monetary tightening from the European Central Bank will do little to stop the euro’s slide. The euro on Monday fell below $0.99 for the first time since late 2002…” 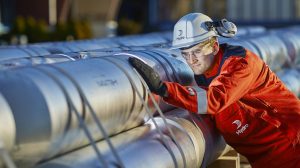 “In the aluminum industry, closing a smelter is an agonizing decision. Once power is cut and the production “pots” settle back to room temperature, it can take many months and tens of millions of dollars to bring them back online. Yet Norsk Hydro ASA is preparing this month to do exactly that at a huge plant in Slovakia. And it’s not the only one…” 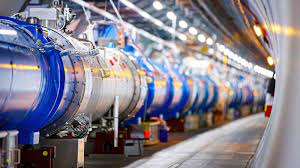 “CERN is also considering how it could idle the Large Hadron Collider, the world’s largest accelerator, if necessary, said Serge Claudet, chair of the center’s energy management panel. “Our concern is really grid stability, because we do all we can to prevent a blackout in our region,” Mr. Claudet said.” 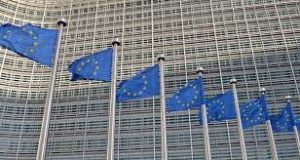 “EU seeks sweeping powers over business for use in crises.

“Brussels is proposing wide-ranging powers to require businesses to stockpile supplies and break delivery contracts in order to shore up supply chains in the event of a crisis such as the coronavirus pandemic. Draft legislation seen by the Financial Times would give the European Commission considerable leeway to declare an emergency…”

“European power producers call for collateral change to avert ‘Lehman’ moment… Kristian Ruby, secretary general of Eurelectric, which represents more than 3,500 European utilities, said the ballooning sums that power producers were required to post as collateral because of extreme price volatility in wholesale energy markets was of “grave concern”.” 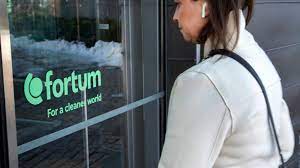 “Finland is aiming to offer 10 billion euros ($9.95 billion) and Sweden plans to offer 250 billion Swedish crowns ($23.2 billion) in liquidity guarantees. “This has had the ingredients for a kind of a Lehman Brothers of energy industry,” Finnish Economic Affairs Minister Mika Lintila said on Sunday.” 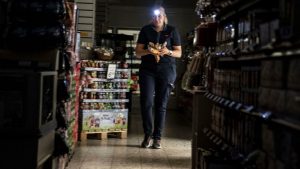 “Hundreds of Coop Denmark’s Dagli’Brugsen supermarkets across the country switched off lights on Monday to protest rising energy prices, said a press release from the company. Starting at noon, approximately 300 shops participated in the protest… The move also involved disconnecting and removing from the stores over 2,000 coolers.” 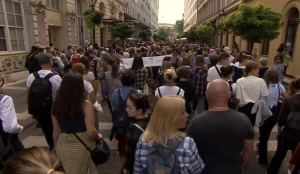 “According to the teacher’s union PSZ, young teachers are living off a monthly salary of around €500 after taxes. And the amount is becoming harder to survive on as inflation reaches 14 percent in the country… The country’s unions also announced that they are organizing a national strike.” 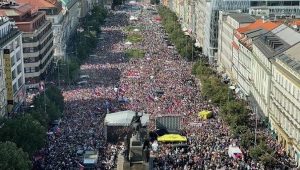 “The Czech Republic is facing an autumn of discontent after an estimated 70,000 demonstrators gathered in Prague to protest at soaring energy bills and demand an end to sanctions against Russia over the war in Ukraine. 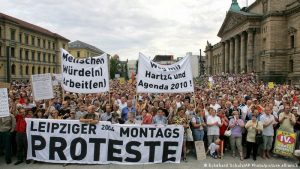 “Protesters from Germany’s left and the right have called for regular Monday protests against the rising cost of living. These evoke the peaceful revolution in East Germany but also of recent anti-immigrant rallies.” 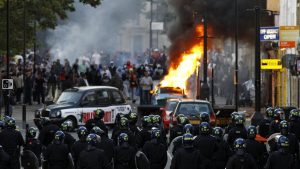 “UK Police forces are braced for a rise in crime, a breakdown in public order and even corruption in their ranks this winter as they draw up emergency proposals to deal with the cost of living crisis.

“Contingency planning among police chiefs is under way to deal with the fallout that could result from millions of households falling into financial difficulties.” 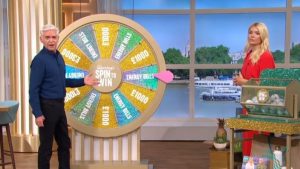 “One caller who took part in the segment said he was extremely “worried” about the cost of energy bills, saying: “I’ve got one of these prepayment meters and it’s absolutely murder.” After the wheel landed on energy bills, the viewer replied: “Oh my God, fantastic, what a relief, thank you very much”.” 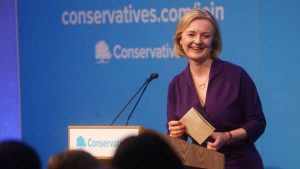 “The British pound slid to its lowest level against the U.S. dollar since 1985, a reflection of the U.K. economy’s dire economic situation. Investors are braced for sterling to weaken even further to a nadir not seen in more than two centuries of trading across the Atlantic.” 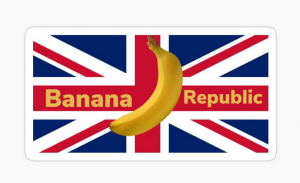 “”With the current account at risk of posting an almost 10% deficit, a sudden stop is no longer a negligible tail risk. The UK is increasingly at risk of no longer attracting enough foreign capital to fund the external balance. If so, sterling would need to depreciate materially to close the gap in the external accounts. In other words, a currency crisis typically seen in EM.”” 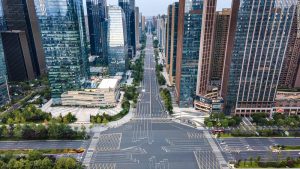 “Chinese policymakers signalled a renewed sense of urgency on Monday for steps to shore up the flagging economy, saying this quarter was a critical time for policy action as evidence points to a further loss of economic momentum.” 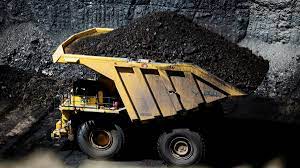 “Thermal coal in Asia advanced to a record as a threat of supply disruptions adds new risks to a global energy sector already engulfed in crisis. Spot physical coal loaded at Australia’s Newcastle port was priced at $436.71 a ton on Friday, an all-time high…” 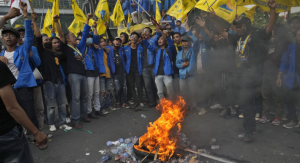 “Thousands of people protested across Indonesia with crowds converging in the capital to pressure the government to reverse a decision that raised fuel prices by more than 30% in Southeast Asia’s largest economy.” 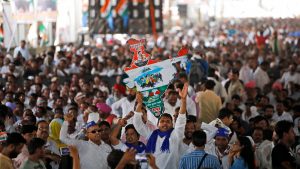 “Protests in India over rising food and fuel bills, as unemployment soars.

“Thousands have rallied under opposition leader Rahul Gandhi at a demonstration on Sunday in New Delhi, where he has accused Prime Minister Narendra Modi of allowing food and fuel prices to rocket by up to 175%.”

“Skyrocketing prices of tomatoes, potatoes and onions are putting food out of reach in flood-ravaged Pakistan and raising the specter of inflation hitting 30%…

“The South Asian nation already reeling from dwindling currency reserves and the fastest inflation in almost five decades faces a food shortage after torrential rains submerged a third of the country and destroyed crops.” 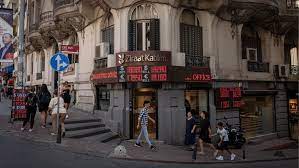 “The consumer price index increased at an annual rate of 80.2 per cent last month, according to data published by the government statistics agency — the highest level since President Recep Tayyip Erdoğan took power almost two decades ago.”

“The Cuban peso is at its weakest against the US dollar since the 1990s, a currency tracker said Sunday, as the communist island struggles through its worst economic crisis since the fall of the Soviet bloc…

“Cuba is undergoing its worst economic crisis since the 1990s, with food and medicine shortages and daily blackouts.” 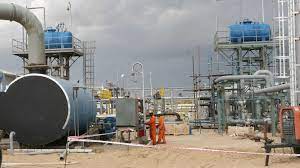 “OPEC and allied oil-producing countries, including Russia, made a small trim in their supplies to the global economy Monday, underlining their unhappiness as recession fears help drive down crude prices… 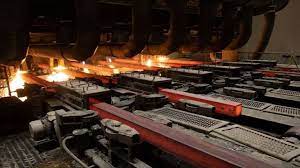 “Industrial metal prices melt as global recession fears flare up. A brief summer rally in industrial metals prices has sharply reversed as the worsening energy crisis in Europe and signs of a slowdown in manufacturing behemoth China spook traders…

““This is all about recession and recession fear,” said Clive Burstow, head of natural resources at Barings, an investment management firm. “The fear is we are in an energy crisis driving us to a recession.””