“The North Atlantic’s marine heatwave is remarkable. Up to 14 degrees F above normal!!

“Besides global warming, the weather pattern helping to produce this anomaly has had a part in disrupting the Atlantic hurricane season. Marine heat wave days have more than doubled since 1900 and since 1980 major marine heatwaves have become 20 times more common due to human influence. 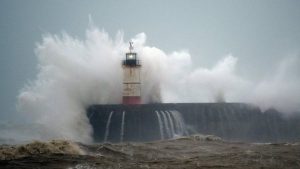 “Weather forecasters are predicting that hurricanes could reach Europe in the coming months due to an “unprecedented marine heatwave” in the North Atlantic.

“Ocean water temperatures off Canada’s eastern coast are currently the same as the average swimming pool. This will help fuel tropical cyclones – known as hurricanes when they form in the Atlantic – as they head for the UK.” 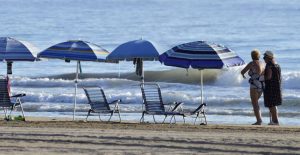 “The world’s oceans are charting the unrelenting progress of climate change says a new global report: The State of the Climate in 2021.

“The 32nd annual State of the Climate report – published today by the Bulletin of the American Meteorological Society – shows that two marine-related measures – ocean heat content and global sea level rise – were the highest on record last year.” 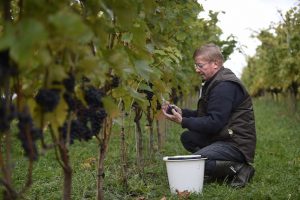 “A nice glass of Arctic wine? How the climate crisis is pushing vineyards north…

“Sweden, Norway and Finland – which each have Arctic provinces – and Denmark have all borne witness to the creation of successful vineyards in recent years, and experts say the sector is expanding fast.” 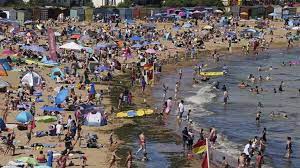 “The summer of 2022 will be remembered as a dry and sunny three months, and for England, the joint warmest summer on record according to mean temperature*. This means that four of the five warmest summers on record for England have occurred since 2003…” 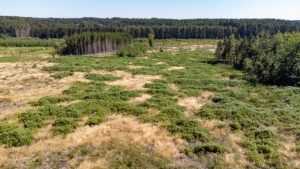 “Hottest August on record in Belgium. 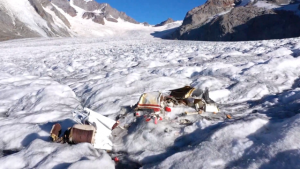 “Heat waves are causing glaciers in Austria and Switzerland to experience their most severe melting on record – already, before the end of summer. That was confirmed by Swiss and Austrian glaciologists, although precise measurement reports will not be published until late September.” 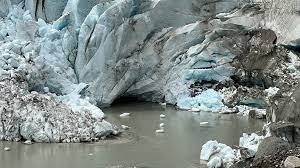 “The glaciers support ski resorts and attract climbers and hikers in summer, but are also essential to Europe’s water supply.

“Now, communities across the Alps are worrying about their future.” 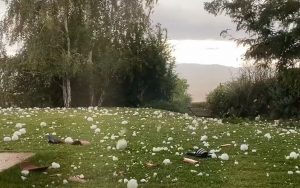 ““The hail only fell for 10 minutes, but it was 10 minutes of terror,” she said, adding that the hailstones that had fallen in the area were up to 11 centimeters (four inches) wide.

““Only hailstones were falling, hardly any rain.”” 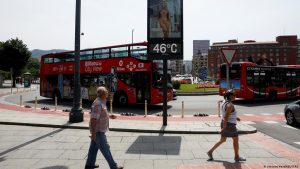 “Summer 2022 breaks all records in Spain with 42 days of heatwaves.

“This summer has broken the record for the number of days of extreme heat in Spain, with a total of 42 days – practically half of the duration of summer – heatwaves, according to the State Meteorological Agency (AEMET).” 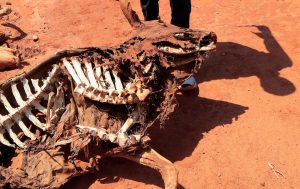 “In Mandera County in northeastern Kenya, which borders Somalia and Ethiopia, herder Ali Hacho Ali, 56, said all but five of his herd of 70 cows had died. “I have never witnessed such before,” said Hacho Ali. “Our livestock has died and we are sick from malnutrition but we cannot see any support from the government.”” 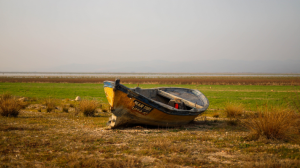 “Turkey loses water in 20 basins in a decade…

“Climate change, which affects temperatures and changes precipitation patterns, has dealt a severe blow to Türkiye’s basins, important resources of water for the water-stressed country. Figures by the Ministry of Agriculture and Forestry show that water levels in 20 out of 25 main basins decreased…” 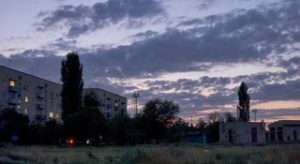 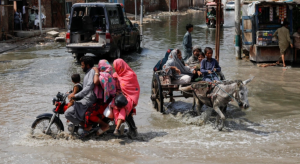 “From furnace to flood: world’s hottest city in Pakistan now under water.

“Jacobabad has not been spared. In May, temperatures topped 50 Celsius, drying up canal beds and causing some residents to collapse from heatstroke. Today, parts of the city are under water, though flooding has receded from its peak.” 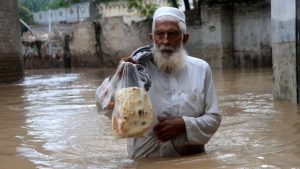 “The UN’s World Meteorological Organization said one site in Sindh, Pakistan, reported 1,288 millimeters [50.7 inches] of rain so far in August, compared with the monthly average of 46mm [1.8 inches] – that’s 28 times as much.

“Think about that for a minute. That’s an entirely different world.” 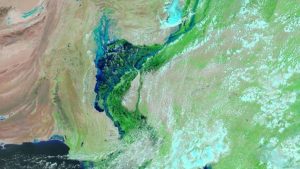 “Striking new satellite images that reveal the extent of Pakistan’s record flooding show how an overflowing Indus River has turned part of Sindh Province into a 100 kilometer-wide inland lake. Swaths of the country are now underwater, after what United Nation officials have described as a “monsoon on steroids”…” 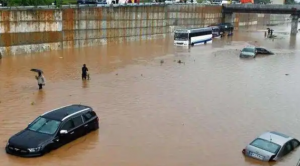 “As the city received over 350 mm [13.8 inches] of rainfall in August, the lakes have reached maximum capacity and caused floods. With continuous rains continuing to lash the city in the evening and midnight, CM Bommai convened a meeting with officials at his residence on Wednesday.”

“Some numbers of August 2022 of important cities in China. Mind blowing monthly average temperature of 35.3C at Chongqing:

“It is the highest August average ever recorded in China; +7C above average and nearly 3C hotter than the previous hottest August in the city.” 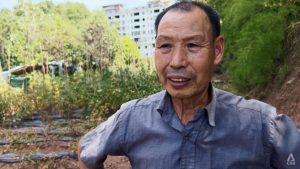 “‘The soil is as hard as rock’: Farmers reel from China heatwave as food inflation looms…

“Weeks of baking temperatures and no rainfall had left 66 rivers and 25 reservoirs dry in Chongqing – where peak temperature had reached a record 45 degrees Celsius in the past month. In July and August, China experienced its longest and most intense heat wave since meteorological records began in 1961.” 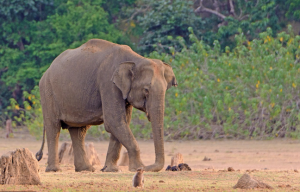 “Lead author Dr. Jack O’Connor, Senior Scientist at the Institute for Environment and Human Security at U.N. University , told Newsweek that wild animals “don’t usually choose to venture into areas heavily populated by people, with good reason.” But, “just like people,” they are facing a lack of places to live and water shortages.” 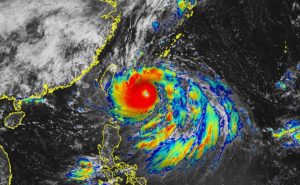 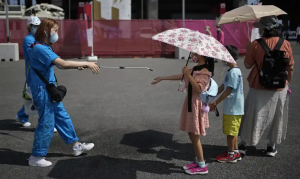 “Children living in Japan’s hottest city will be given specially designed umbrellas to protect them from the heat, after a summer that saw record-breaking temperatures in many parts of the country.

“Local authorities in Kumagaya in Saitama prefecture have devised an umbrella that keeps out the rain and doubles as a parasol, the Mainichi Shimbun reported.” 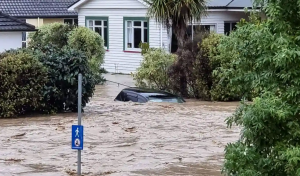 “New Zealand has had its warmest and wettest winter on record, with one meteorologist describing it as “mother nature’s way of expressing she has a fever”.

“The average temp was 1.4C above the 1981-2010 average from Niwa’s seven-station temperature series, which began in 1909, surpassing last year’s winter record of 1.3C… It is the third consecutive year the temperature record has been broken…” 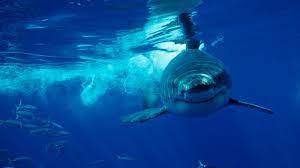 “A team of top shark experts are launching a project to investigate an increase in great white sharks in Bay of Plenty waters. The region has recorded the most extended marine heatwave ever seen in New Zealand – a heatwave that has been ongoing for over nine months.” 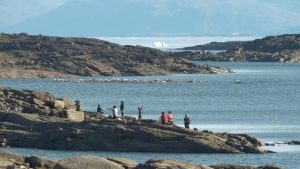 “Nunavut [far northern Canada] accounted for more than half; Taloyoak saw its hottest-ever temperature… The wave of heat that settled over Northern Canada this summer brought temperatures that smashed records in dozens of communities across Nunavut, the Northwest Territories and Yukon.” 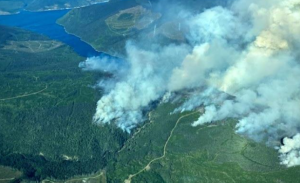 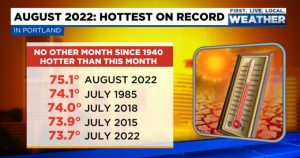 “Notice it’s well above the other 4 hottest months, propelled by relentlessly warm days AND nights. 28 nights at/above 60 blows away old record of 23 in one month.” 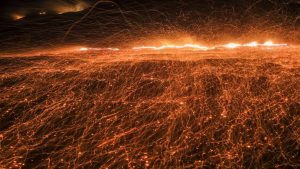 “Excessive heat warnings are in effect across the desert south-west and California, with heat advisories stretching across much of the central Great Basin. High night-time temperatures will only increase the heat stress…”

“After its hottest summer on records and lots of records set throughout summer, it didn’t waste any time and just recorded its hottest September day with 101F/38.3C.” 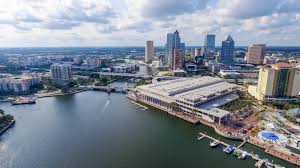 “Heat and humidity are synonymous with Florida in the summertime, but even by our standards, it was a hot summer across the Tampa Bay area. As the calendar flips over to September we can now look back and finalize the numbers of what was an exceptionally hot summer.” 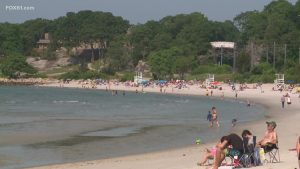 “August 2022 Is the Hottest on Record for Connecticut…

“The records go back to the early 1900s and August 2022 has been the hottest by four-tenths of a degree. There have been 13 days where temperatures reached 90 degrees or higher, according to the NBC Connecticut meteorologists, and the average high temperature in the afternoons was 88 degrees.” 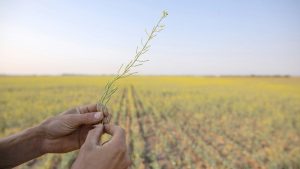 “Night temperatures are rising fast, and that’s a problem for rice and other critical crops, which have fewer defenses at night… “When we look into parts of Bangladesh or eastern India, these combinations of stressors and [high night-time temperatures] alone have been happening for well over one and a half decades,” said Nese Sreenivasulu…” 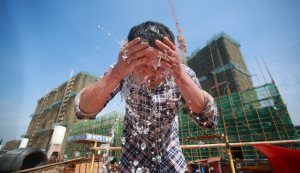 “In a world without human-caused climate change, we would expect to see records set fairly randomly, following the whims of our planet’s natural variations in climate. But global warming has effectively loaded the dice, with record heat outpacing record cold.”