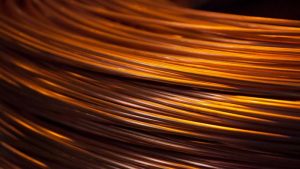 “A wave of risk aversion hit markets on Thursday, as the hawkish drumbeat from central banks spurred gains in the dollar… Concerns over demand are outweighing continued challenges on the supply side.” 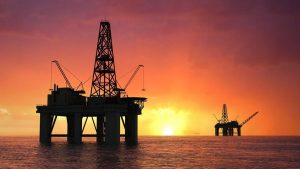 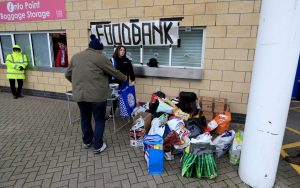 “Why recession looms for the developed world… 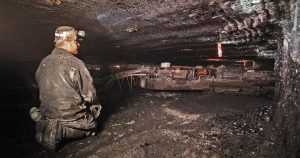 “US utilities are extending the lives of their coal-fired power plants, as delays in obtaining cleaner replacements and strong electricity demand drive fears of shortfalls on the grid.

“Three coal generators this month joined a growing list of plants whose planned retirement date has been postponed, bringing to at least eight the number of deferrals this year.” 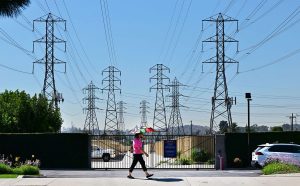 “California officials declared a statewide grid emergency to cope with surging demand for power amid a blistering heat wave, raising the prospect of rolling blackouts. 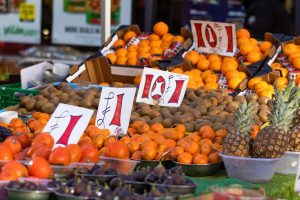 “UK inflation ‘could hit 22% next year’ as recession looms [for reference, this is worse than Myanmar or Nigeria. In fact, there are only around 20 nations worldwide with worse inflation. Even Haiti’s inflation is “only” 29%…] The bank’s predictions come after economists from Citi last week said consumer price inflation was set to peak at 18.6 per cent in January.

“Last week, British Gas announced it would donate 10 per cent of its profits for the duration of the energy crisis to fund support for households struggling with the rise in energy bills.” 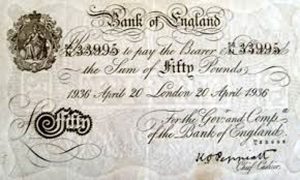 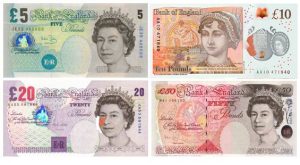 “The pound is on course to plunge to a record low against the US dollar driven by the UK tumbling into a tough recession, City economists warned today.

“Sterling will drop to $1.05 by the middle of next year, but could fall close to parity with the greenback, according to consultancy Capital Economics. The downbeat projection underscores the fragility of the UK economy.” 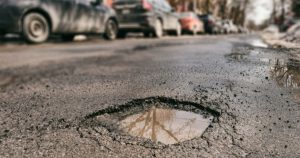 “Scarce bitumen is among the many construction materials going up in price and blowing holes in council budgets across the country. The Local Government Association (LGA) has today sounded the alarm over the massive increases in costs they are facing…” 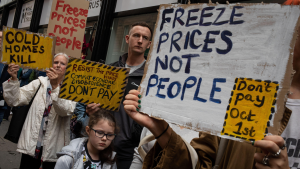 ‎”Public health expert Professor Sir Michael Marmot warned of a looming “humanitarian crisis” and said many children would be affected by the respiratory impact of living in cold, damp housing, adding that more than half of households would be in fuel poverty in January.” ‎ 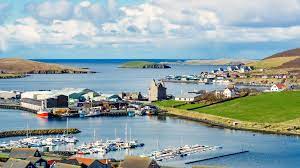 “Shetlanders ‘will need to earn more than £100,000 to avoid fuel poverty’ as energy bills soar.

“Around 96% of households in the Shetland Islands are expected to be plunged into fuel poverty – and local leaders say the UK government must step in to help… By April, it is estimated that the average energy cost per year for a household in Shetland will be £10,300 – around double that of the UK.” 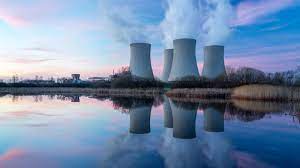 “Finland’s fifth and largest nuclear power reactor, Olkiluoto 3, saw its output drop to zero due to a turbine failure on Monday, yet another setback for the reactor still in the trial phase but already supplying the country’s grid. Built by the French-led Areva-Siemens AG consortium, the 1.6 Gigawatt reactor was supposed to be operational in 2009.” 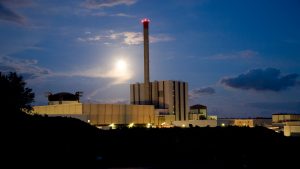 “Vattenfall AB said that a key reactor in the south would be offline until the end of November, more than two months longer than planned. The delay to the Ringhals reactor couldn’t come at a worse time with demand starting to increase again during autumn as it gets gradually colder and many homes still use electricity for heating.” 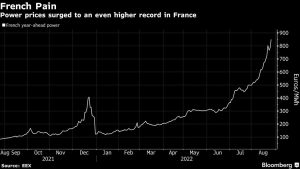 “France, once Europe’s top power exporter, may not produce enough nuclear energy this winter to help European neighbours seeking alternatives to Russian gas, and may even have to ration electricity to meet its own needs… this year, for the first time since French records began in 2012, France has become a net power importer as its own production of nuclear energy hit a 30-year low…” 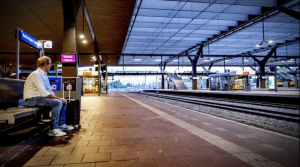 “Almost the entire Dutch railway network was shut down Tuesday as workers affected by soaring inflation and staff shortages went on strike to demand better pay and working conditions.

“Staff at the railway company NS stopped work for the day in the central Netherlands region that acts as a hub for almost all train lines, halting trains across the country.” 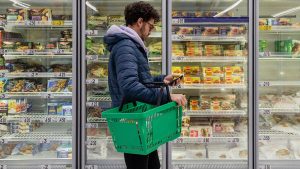 “Eurozone inflation rose to a record 9.1 per cent in the year to August, intensifying fears that soaring prices are becoming embedded in the economy and bolstering calls for the European Central Bank to raise interest rates more aggressively next week.” 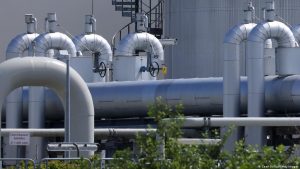 “Russia halted gas supplies via Europe’s key supply route on Wednesday, intensifying an economic battle between Moscow and Brussels and raising the prospects of recession and energy rationing in some of the region’s richest countries.” 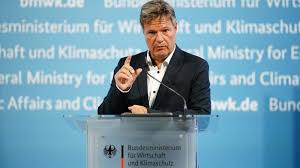 “The European Union is on track to beat targets for filling gas storage, but analysts warn the bigger factor for energy security this winter will be whether countries can slash consumption enough to ensure stored fuel lasts through the coldest months.” 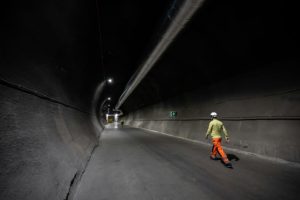 “Swiss manufacturers suggest working at night due to electricity shortages.

“Swiss mechanical and electrical engineering firms suggested on Tuesday shifting work to nights and weekends to avoid energy shortages at peak times, as part of measures to ensure the Alpine country’s economy makes it through the winter.” 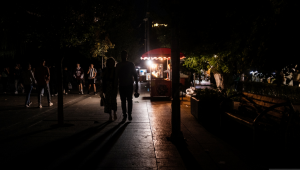 “Kosovo’s energy crisis continues to deepen as the Kosovo Energy Corporation is now only operating with one thermal power plant unit due to a technical failure.

“KEK announced that only one block of the Kosova A Thermal Power Plant is operating with a daily production of 120 MegaWatts per hour, which is insufficient to supply even the capital of Pristina.” 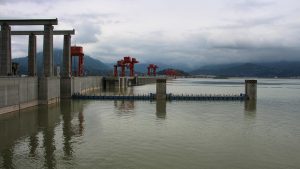 “China’s Power Worries Shift to Winter as Reservoirs Are Depleted.

“The historic drought that led to power outages in parts of China last month has left reservoirs depleted, raising fears that regions dependent on hydropower will be at risk of another electricity crunch this winter… The energy crunch in the summer has heaped more pressure on China’s economy…” 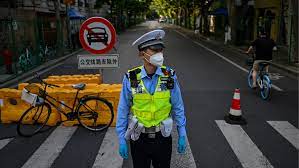 “China’s carbon emissions fell almost 8 per cent in the April to June quarter compared with the same period last year, their sharpest decline in the past decade, according to climate research service Carbon Brief.

“The fall in emissions reflects a dramatic slowing in Chinese economic growth caused by large-scale coronavirus lockdowns and a crisis in the heavily indebted property sector.” 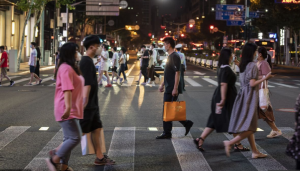 “Activity at distribution centers used by Chinese e-commerce companies was even lower than during 2020, according to data up to Aug. 17 tracking the movement of trucks around such areas. The data was shared with Bloomberg News by SpaceKnow, a New York-based company that analyzes satellite imagery.” 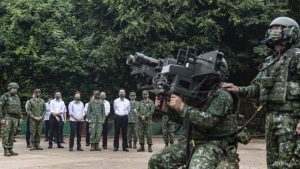 “Chinese warplanes have breached the median line on a near-daily basis since the California democrat’s trip, shrinking the tacit buffer zone that’s kept the peace for decades. Breaching the line was previously a rare occurrence.”

“Potential disruptions to undersea internet cables in the Taiwan Strait amid rising tensions with China could pose “immediate risks” to the global economy, experts have warned… 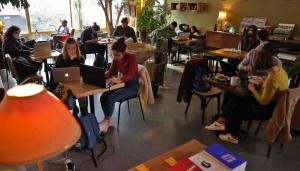 “It was the latest reflection of one of the world’s worst economic disasters, which has pulled three quarters of Lebanon’s 6 million people into poverty. The Lebanese pound in three years has lost over 90 percent of its value against the US dollar.” 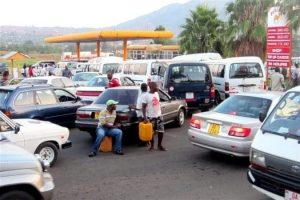 “Malawi has had fuel shortages since April as global fuel price rises and a shortage of foreign exchange currency leave the government struggling to pay for petrol imports. Problems have escalated over the past week as petrol stations across the country report running out of petrol.” 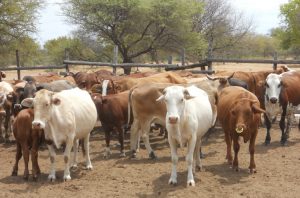 “Zimbabwe Banks on Cows as Inflation Soars. Investing money into cattle is a growing business in Zimbabwe, where inflation is skyrocketing. Many people now consider it safer than putting money in the bank…

“Hyperinflation in the southern African nation has led to a loss of public confidence in banks and conventional pension systems.”