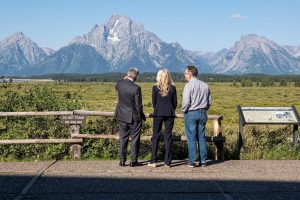 “The world’s leading economic authorities this weekend sounded the alarm about the forces working against the Federal Reserve, European Central Bank and other central banks as they combat the worst inflation in decades…

“The enormity of the economic challenge confronting central bankers was summed up by Changyong Rhee, head of the Bank of Korea, when he said that whether the world would revert to a low-inflation environment was the “billion-dollar question”…

““We have the energy crisis, we have the food crisis, we have the supply chain crisis and we have the war, all of which has profound implications for the economic performance of the world, for the nature in which the world is interconnected and most importantly, for the relative prices of many, many things,” said Jacob Frenkel, the former governor of the Bank of Israel who chairs the board of the Group of 30, an independent consortium of ex-policymakers.” 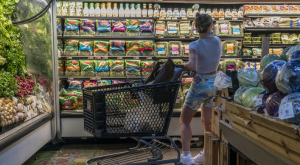 “Pain of breaking inflation will reverberate around the globe…

“”Regaining and preserving trust requires us to bring inflation back to target quickly,” European Central Bank board member Isabel Schnabel said… “Even if we enter a recession, we have basically little choice but to continue our policy path… If there were a deanchoring of inflation expectations, the effect on the economy would be even worse.”” 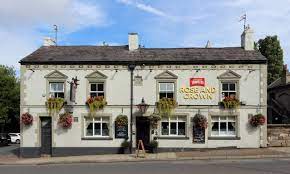 “A pub has been quoted a whopping £61,667 for its annual electricity bill by British Gas.

In the latest sign of the cost-of-living crisis, owners of the Rose and Crown pub in Bebington, Merseyside, took to Twitter to share the ‘best available deal’ on offer… Sacha Lord, the night-time economy adviser for Greater Manchester… said: ‘There is no energy price cap for hospitality. An untenable situation.’” 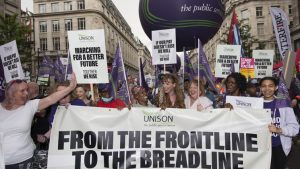 “Pressure is mounting on the next prime minister to deliver a substantial package of support to help with rising bills, but industrial action threatens to make the business of day-to-day governing – getting things done – very difficult.” 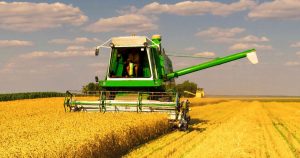 “Farmers are running out of gas: Government must act now to safeguard UK food security.

“Hot on the heels of the decision by CF Fertilisers to halt production at its ammonia plant in County Durham last week came more devastating news… Yara, the world’s biggest fertiliser producer, has decided to cut its output of ammonia-based urea and nitrogen fertiliser in Europe by around half.” 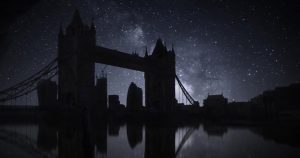 “UK ‘Glossing Over’ Prospect of Blackouts in Winter, Expert Claims…

“The analyst said that 40% of UK electricity came from gas-fired generation, adding: “If we don’t get that gas the lights will go out and we will have power cuts.” He went on to warn “if we have a cold winter, colder than average, we are in serious, serious problems”.” 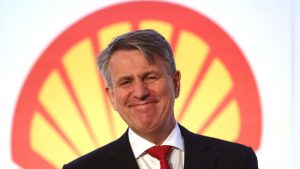 “Van Beurden said solutions to the energy crisis would have to found through “efficiency savings, through rationing and a very, very quick buildout of alternatives”. “That this is going to be somehow easy, or over, I think is a fantasy that we should put aside,” he added.” 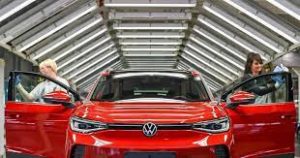 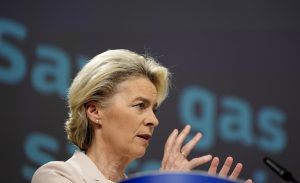 “”The skyrocketing electricity prices are now exposing the limitations of our current market design,” she said in Slovenia.” 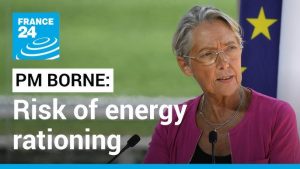 “”Every company needs to mobilise and act. I call on everyone to establish their own energy-saving plans in September,” she said, while stressing that the crisis caused by record-high energy prices would help the transition away from fossil fuels.”

“Austria’s largest energy supplier, Wien Energie faces financial turmoil due to massive inflation in the country. The company is due to repay between EUR 1.7 and 1.8 billion and needs collateral. Austrian media outlet ‘Heute’ reported that it came as somewhat of a surprise to the Austrian public…” 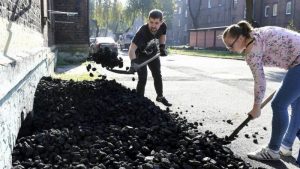 “In Poland, where coal is king, homeowners queue for days to buy fuel.

“In Poland’s late summer heat, dozens of cars and trucks line up at the Lubelski Wegiel Bogdanka coal mine, as householders fearful of winter shortages wait for days and nights to stock up on heating fuel in queues reminiscent of communist times.” 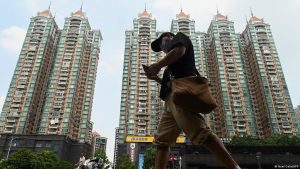 “Point of no return: crunch time as China tries to fend off property crash.

“China has reached a point of no return in its battle to contain what could be the biggest property crash the world has ever seen, experts believe, creating a perilous moment for the country’s Communist leadership and the global economy.” 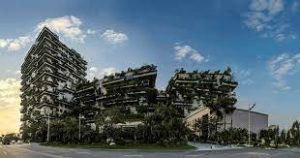 “China’s biggest property developer Country Garden Holdings has reported a 96% drop in profits, blaming a “severe depression” in the country’s crisis-hit property market in which “only the fittest can survive”…

“It had warned earlier that profits could fall up to 70% and the even bigger than expected drop came with a grim warning in a statement to the Hong Kong stock market.” 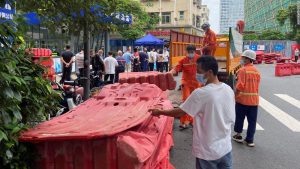 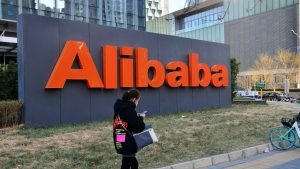 “Chinese tech giants had their worst quarterly growth on record, thanks to Beijing’s zero-Covid policy… 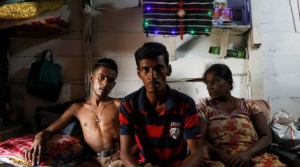 “In her outstretched palms, 49-year-old Nilanthi Gunasekera holds her family’s last remaining handful of dried fish – a reminder of Sri Lanka’s worst economic crisis in decades. She is just one of the millions of Sri Lankans battling a calamitous decline in living standards…” 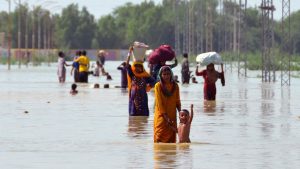 “Catastrophic monsoon floods in Pakistan have sent food prices skyrocketing, putting many staples out of the reach of the poor as the cash-strapped nation battles shortages.

“The floods have submerged a third of the country, killing more than 1,100 people and affecting over 33 million. Recovery could cost more than $10 billion, according to the planning minister.” 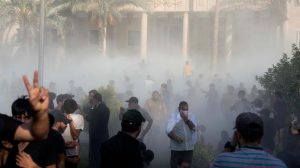 “Iran closed its land borders to Iraq as flights to the country halted Tuesday amid violence in Baghdad following an influential Shiite cleric’s announcement he would resign from politics. At least 15 protesters have been killed since the unrest erupted Monday.” 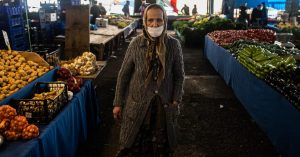 “According to a recent survey by Istanbul-based Yoneylem Social Research Center, over 53 percent of Turkish respondents said their daily expenses are unable to cover their demands, with 69.3 percent struggling to pay for food… sustained price hikes have further eroded the purchasing power of households.” 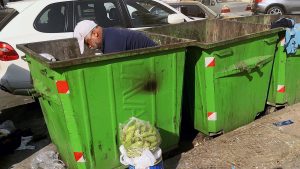 “Lebanon’s economic crisis is pushing families to the brink.

“…media reports show that politically connected people have sent millions of dollars abroad. Meanwhile, the government has stalled on reform initiatives that could unlock international aid money, while endemic corruption and a lack of public infrastructure mean punishing bills for exhausted citizens.” 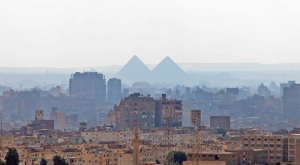 “The north African nation has become the latest symbol of the distress gripping poorer nations on the back of surging inflation, rising yields and a grinding down of global growth. Investors, still smarting from recent defaults by Russia and Sri Lanka, are watching Egypt…” 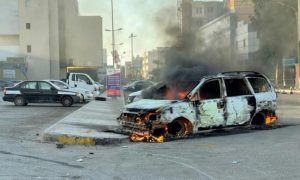 “Flights resumed and shops reopened in the Libyan capital Tripoli on Sunday after clashes between supporters of rival governments left at least 32 people dead and raised fears of another major conflict. The fighting came after months of rising tensions between supporters of Abdulhamid Dbeibah and Fathi Bashagha, whose rival administrations are vying for control of the country.” 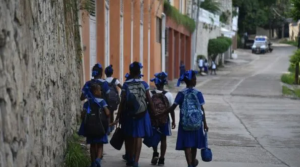 “Haitian authorities are postponing the start of the school year by one month, as the Caribbean nation grapples with an economic crisis that has caused a fuel shortage and soaring prices.

“The Ministry of National Education released a statement announcing that “the start of the school year for the 2022-2023 academic year is now set for Monday, Oct. 3, 2022” instead of Sept. 5.” 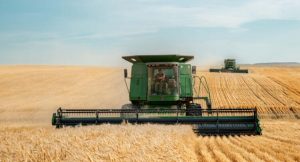 “Next year’s food crisis will be different from this year’s. Here’s how it could change — for the worse — in 2023.

“The food crisis could worsen in 2023, with a supply squeeze overtaking logistical constraints as the key challenge. The Ukraine war has disrupted sowing and other farm activities, which has affected yields. Elsewhere, farmers are using less fertilizers due to high prices, which could depress harvests.”