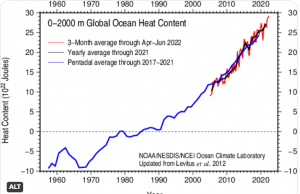 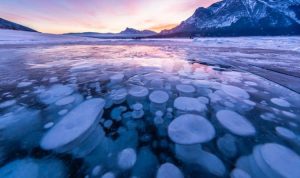 “…new research, published today in the Proceedings of the National Academy of Sciences, shows that some of the shallower layers in the Atlantic Ocean could be more vulnerable than previously thought to warming that could release that methane…” 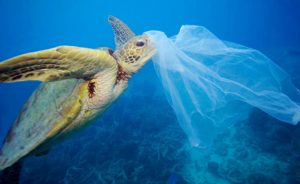 “A fifth effort to pass a global agreement to protect the world’s oceans and marine life has failed.

“Talks to pass the UN High Seas Treaty had been ongoing for two weeks in New York, but governments could not agree on the terms. Despite international waters representing nearly two-thirds of the world’s oceans, only 1.2% is protected.”

“Some tropical cities in the Pacific Ocean have been constantly warm after the 2015 climate step. Honiara in Solomon Islands is having its 83rd consecutive warmer than average month, while Nangapinoh in Indonesia its 90th consecutive.” 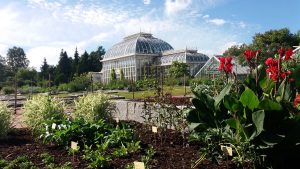 “Helsinki Kaisaniemi rose up to 27.6°C [81.7F] today which is very extreme for this late in the summer. 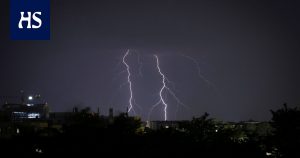 “Today’s lightning episode brings the total monthly number of ground flashes to over 85,300 (and counting), which is a new national record for August [Finland]. 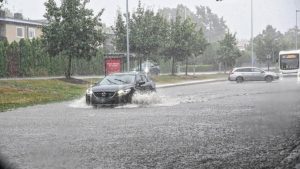 “Floods as Swedish cities get two months of rain in 24 hours.

“Large areas of Sweden saw extreme levels of rain over the weekend, with the city of Linköping receiving more than 100mm [3.94 inches] of rain in 24 hours, twice as much as it usually receives in the whole of August. “There was such an absurd amount of rain that the data was at first rejected by our system,” Therese Fougman, a meteorologist at the forecaster, told Sweden’s TT newswire.” 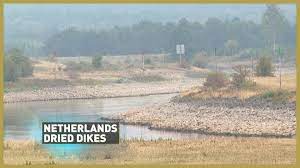 “Even the Netherlands’ world-renowned water management system is feeling the heat. Part of the country’s 22,000 kilometers network of dikes is made up of smaller “regional” dikes, made of peat, which tend to protect lower risk areas like forests and fields.” 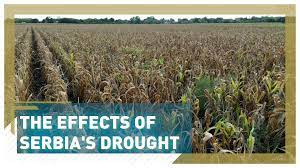 “Electricity supplies along with farming is being hit hard from the lack of rainfall and drought conditions in Serbia, with the country heavily dependent on hydroelectric power. Like many countries across Europe, Serbia is suffering from drought conditions that have been influenced by climate change…” 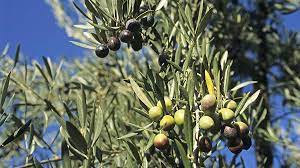 “Portuguese olive farmers are forecasting a 40% fall in olive production this year, due to the ongoing drought and excessive temperatures, felt particularly early in the spring.

““We expected some fall in production”, said the association’s Francisco Pavão. “But nothing like this. At the point where the olives should have been flowering in the spring, we had temperatures of 40ºC. The flowers never made it…”” 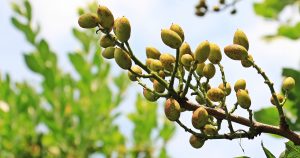 “They’re calling it green gold, the cash crop that could rescue one of Spain’s poorest regions from decline and depopulation as farmers plough up wheatfields and vineyards and replant them with pistachios… Pistachios can withstand drought…” 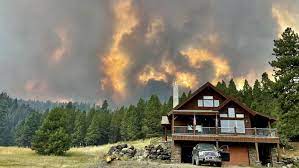 “Increased fire activity has caused evacuation orders to be implemented in parts of Idaho impacted by the Four Corners Fire [Boise has just set a record for 100F days this year, you may recall]…

“The fire, which was caused by lightning, is about 18% contained and has burned more than 10,100 acres… The fire is impacting both Payette National Forest and Boise National Forest.” 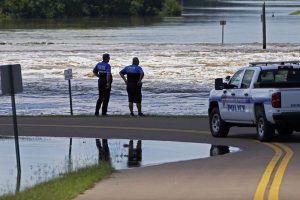 “Mississippi governor declares state of emergency ahead of massive flooding.

““If predictions prove accurate, the Pearl River is expected to crest on Monday, August 29th, at 36 feet,” several feet over what is considered a major flood stage, Reeves said. “This is 24 hours sooner than originally predicted.” Usually, a flood stage is considered “major” at 26ft…” 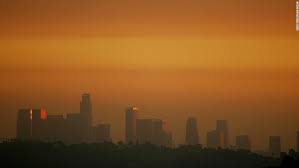 “Models are continuing to double down on a severe, prolonged heatwave for California and surrounding states in early September.

“European model now suggesting the development of a 600 dm ridge which, if occurred, could bring all-time record high September heat.” 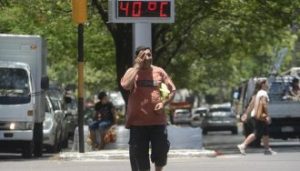 “See below the local 3pm temperatures yesterday vs. today in some southern Brazilian towns. In few days another brief but intense warm spell will drive the temperature above 40C [104F] in Paraguay before collapsing again short after.” 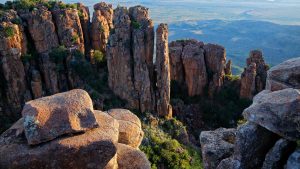 “If South America has been switching from hot to cold sharply, South Africa is not standing still. 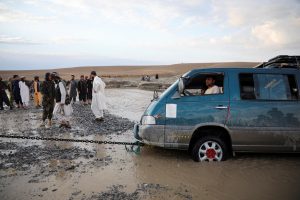 “After the death toll from flooding in Afghanistan hit 192 this month, the Taliban administration appealed for help from the international community.

“Thousands of livestock had been killed and 1.7 million fruit trees destroyed, raising concerns over how families would feed themselves going into the cooler months while the country deals with an economic crisis, authorities said.” 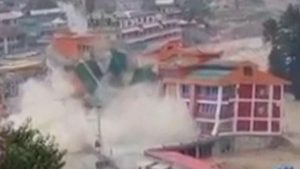 “Pakistan floods: plea for help amid fears monsoon could put a third of country underwater.

“Pakistan’s government has appealed for international help to tackle a flooding emergency that has killed more than 1,000 people and threatens to leave a third of the country – an area roughly the size of Britain – underwater.” 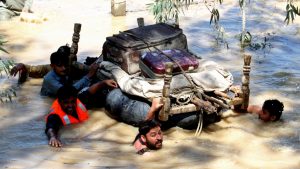 “Districts in lower Sindh are facing massive devastation, miseries and pain. Monsoon rains have affected millions. But thousands of peasants, including women and children, are the worst hit and homeless… Agricultural fields and villages are fully submerged in these districts…” 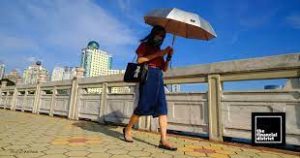 “While the cold air has taken possession of Northern China, today it’s day #78 of this brutal heat wave in the South with widespread >40C in the provinces of Chongqing, Guizhou, Sichuan, Jiangxi and Hunan. 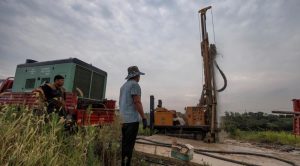 “Teams of drillers are working long hours to build wells to fight a devastating drought sweeping parts of China, farmers in Jiujiang city in the country’s central Jiangxi province told Reuters on Saturday… “Sesame, corn, sweet potatoes, cotton in the drylands are all dried up,” Chen told Reuters.” 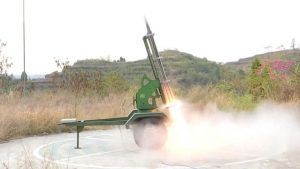 “Drones and rockets have been deployed in China to make clouds produce rainfall during a record-breaking heatwave and severe drought.

“The devices have been sowing silver iodide, which has a similar structure to ice, into clouds… Drones were dispatched over the Sichuan province in southwest China to bring rainfall to more than 600 sq/km (232 sq/miles) of land.” 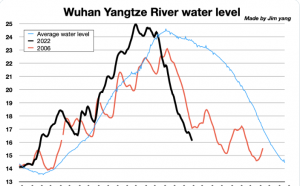 “…the water level in Wuhan of the Yangtze River has dropped to the lowest level since the hydrological records were recorded in 1865, which is 7.08m [23.2 feet] lower than the annual average.” 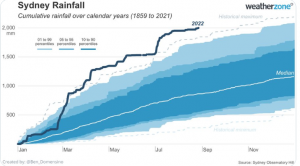 “Breaking: Sydney has just surpassed 2,000 mm of rainfall [79 inches] so far this year.

“This is the city’s first two-metre year since 1963, and by far its earliest date to exceed two metres in annual records dating back to 1859.” [Domensino also says that only a further 185mm is now needed to break the wettest year on record. A racing certainty with negative Indian Ocean Dipole and returning La Nina.]” 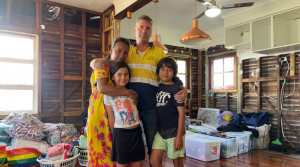 “What seemed unthinkable six months ago has become a reality from which Darryl and Mala Beames cannot escape. “We’ve been living with the rats, and the cold, the only place that’s warm is in your bed,” Mr Beames says.” 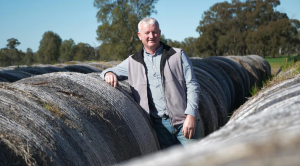 “It’s the kind of help Mr McMennemin would have been grateful to receive when his property at Undera, on the Goulburn River, near Shepparton, bore the strain of drought in the past.” 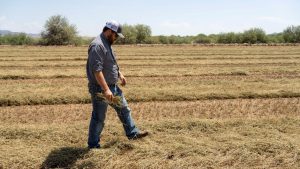 “Dried-Out Farms From China to Iowa Put Pressure on Food Prices. Drought is shrinking crops from the US Farm Belt to China’s Yangtze River basin, ratcheting up fears of global hunger and weighing on the outlook for inflation.

“The latest warning flare comes out of the American Midwest, where some corn is so parched stalks are missing ears of grain and soybean pods are fewer and smaller than usual.” 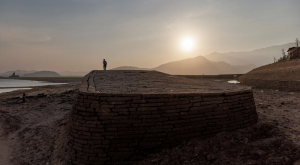 “The great drought and the great deluge, all at the same time.

“…what’s being experienced now in Europe — and all over the world — isn’t simply a rerun of the past. The northern hemispheric summer has been defined by a relentless series of unwelcome climate-related superlatives…

“[However,] the experience of these weather extremes is not forcing major climate policy reforms. The global panic over energy has led to the short-term pursuit of more fossil-fuel extraction. China had to scramble for more coal after the summer heat and drought delivered a blow to its hydropower capacity.”