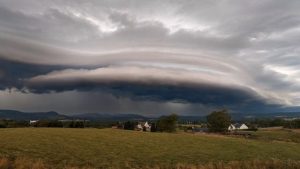 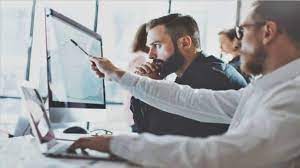 “Over half of money managers bet on global recession this year…

“Some 58 per cent of money managers think global output will shift into reverse, up from a minority of 47 per cent, according to Bank of America’s latest global fund managers’ survey… Inflation across the world has surged to levels not seen in generations, squeezing consumers and businesses.” 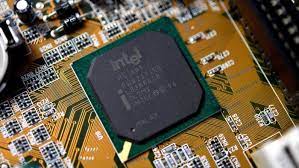 “Chipmakers Are Flashing More Warnings on the Global Economy.

“Mounting concern over semiconductor demand is sending shudders through North Asia’s high-tech exporters, which historically serve as a bellwether for the international economy… Fading tech demand highlights a darkening picture…” 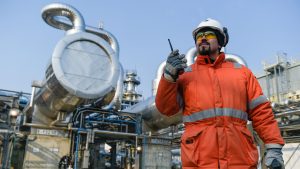 “The global energy crisis deepened on Tuesday as a further surge in natural gas prices in Europe and the US threatened to push some of the world’s largest economies into recession. [If they are not there already!]

“Gas markets in Europe jumped by as much as 10 per cent to as high as €251 a megawatt hour, equivalent in energy terms to more than $400 a barrel of oil, as traders raced to secure supplies ahead of the winter…” 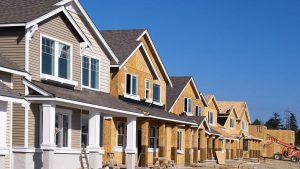 “Homebuilder confidence has been taking a nosedive for eight straight months as the pandemic housing frenzy dies down yet supply chain issues continue, prompting some experts to warn the housing market correction is only beginning… August marked the eighth consecutive month that homebuilder confidence fell…” 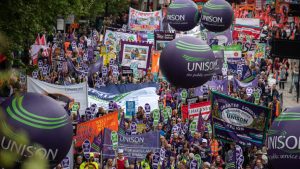 “UK inflation has risen above 10% for the first time in 40 years, driven by soaring prices for food and fuel as households come under mounting pressure from the cost of living crisis. [Our inflation is now equal to Brazil’s btw – along with currency volatility the UK economy behaving more like that of an emerging market].

“The Office for National Statistics said the consumer prices index rose by 10.1% in the year to July, up from a reading of 9.4% in June and entering double figures at an earlier stage than anticipated.” 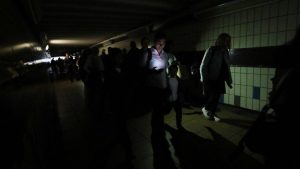 “The UK Will Struggle to Keep the Lights on This Winter… Is the UK’s next prime minister ready for the worsening energy crisis?

““This is not just an economic crisis,” Javier Blas [Bloomberg commodities editor] says. “It will cause social unrest. To me, the government either decides to bail out consumers directly, or it has to bail out industry later.”” 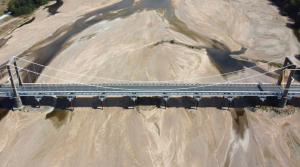 “Energy markets and nature seem to have it in for Europe. Record-breaking gas prices, rising coal prices, and droughts that interfere with electricity generation in some key markets have combined to push electricity contracts in the EU to record highs as uncertainty about the coming winter deepens.” 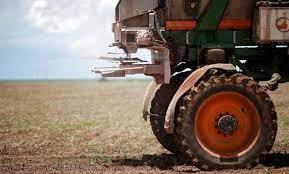 “The energy crunch throttling Europe’s fertilizer output is threatening to force the world’s farmers to use even less of the nutrients crucial for growing food.

“Soaring prices of gas, a key feedstock, have already curtailed a quarter of Europe’s nitrogen fertilizer capacity, CRU Group estimates. Now, worries are mounting that the crisis will worsen.” 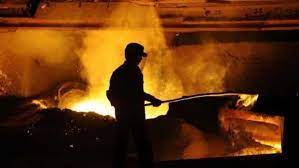 “Zinc surged after one of Europe’s largest smelters announced it would halt production next month as the continent’s energy crisis threatens to hobble heavy industries.

“The Budel smelter in the Netherlands — controlled by Trafigura Group’s Nyrstar — will be placed on care and maintenance from Sept. 1 “until further notice,” according to a company statement.” 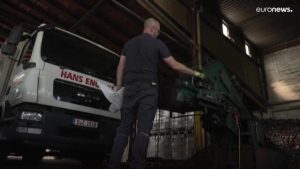 “Gas crisis: Germans rush to stock up on coal for winter warmth.

“Fearing a total cut-off of Russian gas over the winter in retaliation for European Union sanctions over its invasion of Ukraine, some German individuals are now stocking up on coal. In capital Berlin, the fossil fuel has now become a rare commodity.” 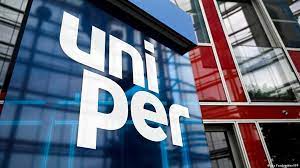 “Germany’s Uniper on the ‘brink of insolvency’ after €12bn loss.

“German utility Uniper reported a €12.3bn first-half loss, saying it had become a “pawn” in the Ukraine conflict pushed to the “brink of insolvency” by a dramatic drop in Russian gas deliveries. The loss by Europe’s biggest importer of Russian gas is one of the largest by a German company…” 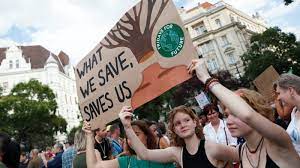 “Hungarians renew protest at ‘forest destruction’ as government rolls back some changes.

“Around a thousand Hungarians protested for the second time in less than a week against a loosening of logging regulations by Prime Minister Viktor Orbán’s government amid increased demand for firewood due to surging gas and electricity prices.” 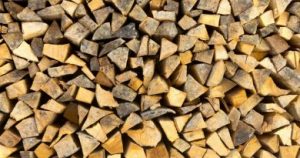 “Bulgaria to ban export of wood to non-EU countries.

““There are many problems in agriculture – now we have a shortage of timber,” Agriculture Minister, Yavor Gechev told bTV. According to the report, while a year ago the price of a cubic metre of firewood was 90 to 100 leva, in Sofia it had reached a current 180 leva a cubic metre.” 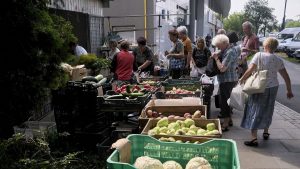 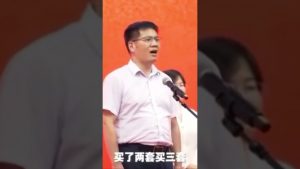 “China’s bursting housing bubble summed up in a viral video, as official tells citizens to ‘Buy one property, then a second. Bought a second? Buy a third, and fourth’…

“As China’s property crisis deepens and Chinese homeowners across 100 cities refuse to pay their mortgages, some local government officials are taking matters into their own hands. Deng Bibo, a county party secretary of China’s Hunan province, encouraged everyone to buy multiple homes…”

“Earnings at Chinese property developer Country Garden fell as much as 70 per cent in the first half of the year, as the country’s largest real estate group by sales was drawn into a crisis that has raged through the heavily indebted sector.” 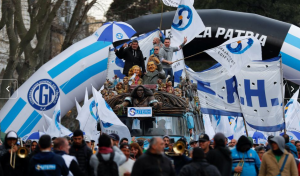 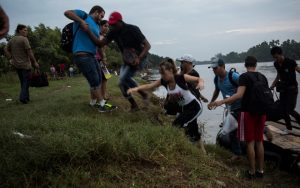 “Cuba’s energy crisis and crippling tourism industry is causing the biggest exodus to the U.S. in decades…

““The current wave of Cuban migrants has officially surpassed the previous two largest waves of Cuban migration to the U.S.—the Mariel boatlift in 1980 and the Balsero crisis of 1994—combined,” according to a newsletter by the Center for Democracy in the Americas, an advocacy group in Washington that calls for lifting sanctions.” 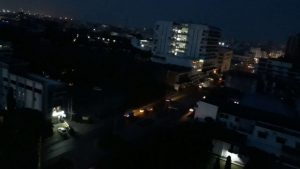 “Electricity workers in Nigeria, under the aegis of the National Union of Electricity Employees have shut down the national grid, thereby throwing the nation into darkness.

“This is coming after appeals by the Minister of State for Power, Goddy Jedy-Agba, and the managing director of the Transmission Company of Nigeria, Sule Abdulaziz, to the union to suspend their proposed strike fell on deaf ears.” 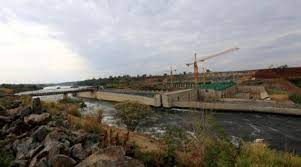 “Uganda said on Tuesday a hydropower plant representing some 15% of its electricity generating capacity had been put under an emergency shutdown due to “operational challenges”, cutting the supply of power to the country’s grid.” 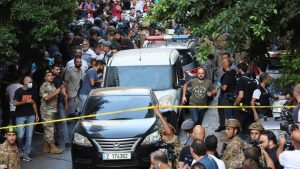 “Lebanon is very close to its own ‘Bouazizi’ moment [which occurred in Tunisia’s Arab Spring].

“The situation in Lebanon contains the main ingredients for another popular uprising: the dire economic and financial crisis; worsening food and fuel shortages; rampant corruption; and growing public disdain of the political elites. Put together, these grievances can be a potent mix leading to social unrest…” 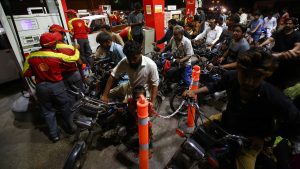 “Pakistan Finds Itself In An Economic Crisis: PM Shehbaz Sharif…

“”This one [latest economic crisis] is born out of the most challenging global policy environment of our lifetime, characterised by a commodity supercycle, historic monetary tightening at America’s Federal Reserve and a conflict in Europe that is tearing apart the post-war global order,” Sharif wrote.” 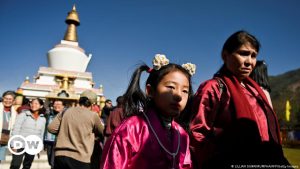 “Bhutan — the South Asian nation that is perhaps best-known for its philosophy of promoting gross national happiness over gross domestic product (GDP) — is facing economic headwinds.

“With a population of fewer than 800,000 people, a global economic slowdown and nationwide COVID lockdowns. Supply chains in the landlocked country wedged between China and India have been severly impacted.” 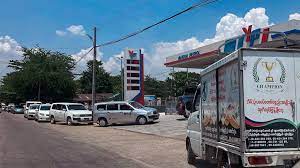 “Amid serious fuel shortages and price hikes across Myanmar, businesses say they will soon halt operations unless availability improves. Thanks to the regime’s foreign currency controls and the restricted supply of fuel, it is becoming increasingly difficult to buy gasoline and diesel…” 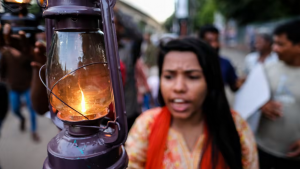 “Pressure is building on Bangladeshi Prime Minister Sheikh Hasina’s government, as fuel price rises send shock waves through the population… While officials in Dhaka insist the economy is not in dire straits, there are eerie echoes of the problems seen in Bangladesh’s South Asian neighbors, Sri Lanka and Pakistan.” 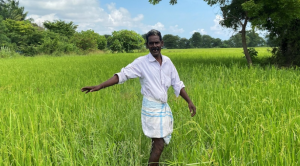 “Across rice farms in this Indian Ocean island, the bleak picture is emerging that the summer harvest could be as low as half that of previous years, according to experts. With rice being Sri Lanka’s staple food, it points to further pressure on a country already struggling with its worst economic crisis in modern times…”