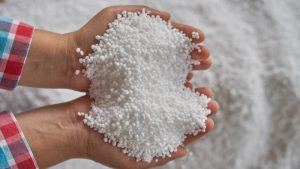 “Nitrogen Fertilizer Prices Are Spiking as Natural Gas Soars… Just when the fertilizer market started to see some relief, nitrogen prices are rising again — and major companies are sounding the alarm that they won’t let up anytime soon…

““The world is going to be incredibly tight availability of product as we get into both winter and then into the spring next year,” CF Chief Executive Officer Tony Will said. “Particularly, if the situation in Europe is not resolved in the coming months because that just further pressures the whole system with winter coming.”” 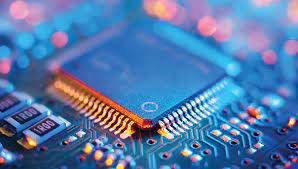 “World chip sales growth has decelerated for six straight months — yet another sign the global economy is straining under the weight of rising interest rates and mounting geopolitical risks… A Bloomberg Economics global tracker shows the prospects for the world economy have deteriorated rapidly this year, coinciding with chip sales beginning to slow.”

“Summer Gasoline Demand in US Drops Below Pandemic Levels.

“Americans are officially driving less than they did in the summer of 2020, when pandemic travel restrictions all but halted movement… Though pump prices have fallen for 50 straight days, it’s not enough to lure drivers back to the road with historic inflation constraining consumer budgets.” 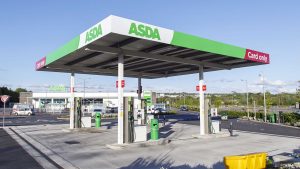 “More evidence of demand destruction in advanced economies emerged Aug. 5 when a closely watched survey of consumer habits by the Office of National Statistics showed that 42% of adults in the UK had cut back on non-essential travel in vehicles in response to higher costs.” 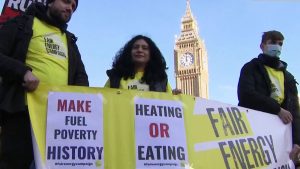 “The cost-of-living crisis will continue throughout next year and only begin to ease in 2024, with the UK economy contracting for five consecutive quarters, according to the Bank’s latest forecasts. Inflation is set to surge to 13.3 per cent this winter…” 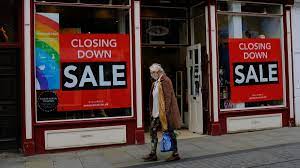 “The number of UK companies at risk of collapse rose by more than a third in the second quarter as surging inflation continued to erode margins.

“Almost 2,000 companies were in critical financial distressed as of the end of June, 37% more than the same period last year, according to a report from insolvency practitioners Begbies Traynor.” 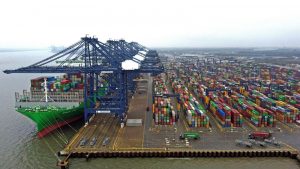 “Dockers at Felixstowe are planning eight days of strike action over pay that could cause serious disruption to the UK’s largest container port… Prolonged strikes would almost certainly disrupt traffic through the port, adding to the problems facing the UK economy as it braces for a deep, year-long recession.”

“Norway, one of Europe’s biggest electricity exporters, is considering measures to limit power shipments to prevent domestic shortages amid surging prices, according to local media reports.” 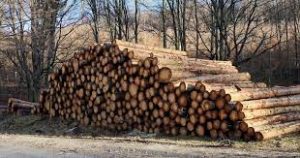 “Hungary waived environmental regulations protecting native forests from logging, showing the increasingly extreme steps the government is willing to take to prepare for next winter’s energy shortages… The latest relaxation of environmental rules will make Hungary more vulnerable to the effects of climate change…” 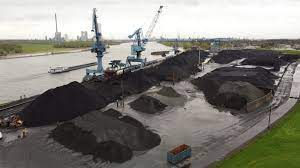 “Uniper SE warned it may have to cut output at two key coal-fired power plants in Germany as the company struggles to get fuel supplies along the Rhine River, exacerbating an energy crunch that has threatened to push the continent’s largest economies into recession.” 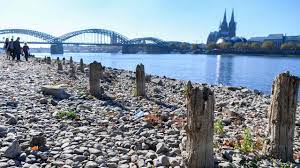 “There is a run on fuels such as diesel and heating oil in the southern parts of Germany as supplies are constrained due to critically low water levels on the River Rhine, the German unit of refiner OMV told Bloomberg on Thursday…

“Low water levels on the Rhine has recently prompted Switzerland to release oil from its emergency reserves as it lowered the obligatory levels of petroleum stocks by 6.5%.” 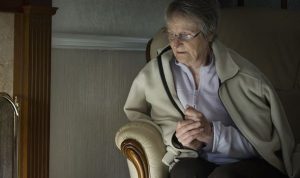 “Germany fears millions of houses will be left without heating this winter as low pressure in gas pipelines… causes breakdowns in the country’s energy infrastructure.

“Should heating systems fail, there will also be a delay in restarting them because work would have to be carried out to reconnect them to the gas supply. This means homes could be left without energy for days until they can find an engineer.” 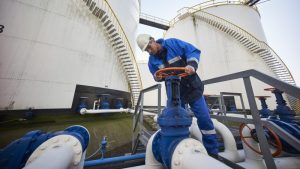 “But even as gas reserves are built up, uncertainty remains as to whether Russia will impose further supply cuts to Germany via the Nord Stream 1 pipeline… the EU has called for lower energy consumption, as well as increasing the use of sources like coal and oil.” 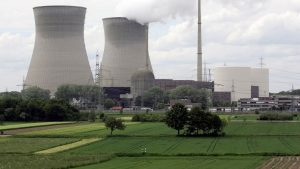 “Governments across Europe and Asia are extending their aging fleet of nuclear plants, restarting reactors and dusting off plans to resume projects shelved after the 2011 nuclear crisis in Fukushima, Japan… In Europe, Britain gave consent in July for what will be its second new nuclear project in two decades.” 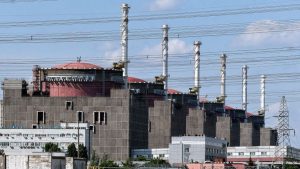 “The Russian-installed administration of the occupied Ukrainian city of Enerhodar said on Friday that power lines at the Zaporizhzhia nuclear power plant, Europe’s biggest, had been cut by a Ukrainian artillery strike… Ukraine’s state nuclear power company, Energoatom, said Russia had shelled the plant… It said a decision had been taken to disconnect one of the reactors from the network.” 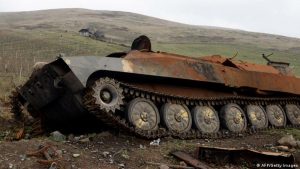 “Russia calls for restraint after deadly Nagorno-Karabakh clashes between Armenia and Azerbaijan.

“Kremlin spokesperson Dmitry Peskov told reporters Russia is “concerned,” reported Reuters. “We are watching very closely, we are naturally concerned about the situation worsening,” he said Thursday. “We ask the parties for restraint and most importantly to implement all provisions of the trilateral documents.”” 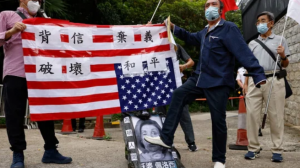 “The two superpowers sharply disagree over just about every detail of the events of this week – not only blaming each other for triggering the hostility felt across the region, but even asserting contradictory claims about whether China’s neighbours side with Beijing or Washington.” 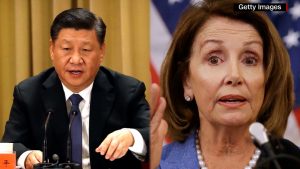 “China’s decision to halt cooperation with the US over the climate crisis has provoked alarm, with seasoned climate diplomats urging a swift resumption of talks to help stave off worsening global heating.

“On Friday, Beijing announced a series of measures aimed at retaliating against the US for the “egregious provocation” of Nancy Pelosi…” 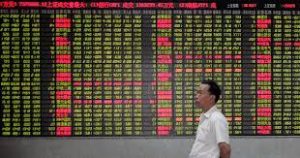 “Foreign investors continued to cut holdings in Chinese bonds in July and dumped equities for the first time in four months, according to a report by the Institute of International Finance (IIF)… the sixth consecutive month of foreign outflows from China’s $20 trillion bond market.” 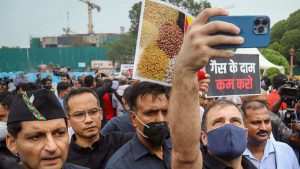 “Indian police have detained dozens of parliamentarians from the opposition Congress party, including key leader Rahul Gandhi, as they attempted to march to the president’s house and the prime minister’s residence to protest soaring food and fuel prices…” 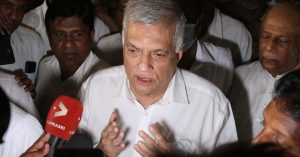 “Dozens of protesters have been detained by the police in recent days as the government, led by the newly appointed president, Ranil Wickremesinghe, tried to crush the mass protest movement that forced Rajapaksa to flee the country and resign in early July.” 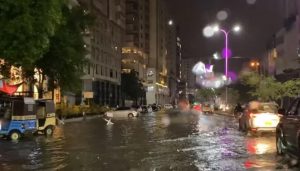 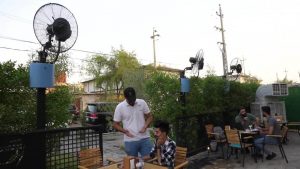 “Iraq’s Ministry of Electricity has announced a state of emergency for ten days from 2 August as temperatures in the south of the country rise to 50°C and beyond. The political crisis is heating up alongside rising temperatures, as Iraqis blame mismanagement and corruption for poor public services.” 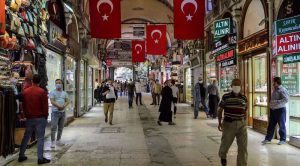 “Hyperinflation has arrived in Turkey for foreign businesses with operations in the country — at least for the purposes of financial reporting.

“Companies ranging from some of the world’s biggest banks to Vodafone Group Plc and a Dutch coffee seller have started using what’s known as hyperinflationary accounting, which also factors in effects of the local currency’s depreciation.” 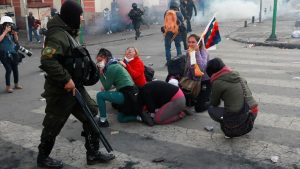 “Latin America territories record up to 358% surge in civil unrest.

“The number of protests and riots across Latin America rose in the last year from 3,405 to 3,617, amid hyper-inflation in some territories and wider economic stress, according to research from Chaucer.”

You can read the previous ‘Climate’ thread here. I’ll be back with a thread on Monday 15th August, as I’m off visiting my parents next week. My apologies for any inconvenience and a huge thank you to my donors and subscribers for helping to keep the ever inflating wolf from my door.