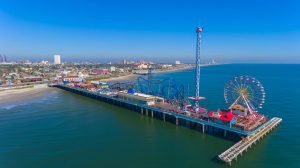 “July 2022 was the hottest month on records for some US cities, many of them in Texas. 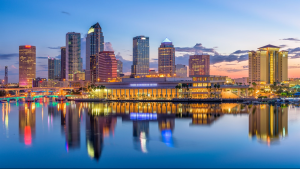 “July 2022 was the hottest month ever recorded in Tampa [Florida]…

“…the main contributor to the record heat was the warmer than usual overnight low temperatures. Tampa has recorded its hottest consecutive two months on record since record-keeping began in 1890.”

“Overall, the average temperature in Utah’s capital last month was 87.3 degrees — 6.2 degrees above normal, and 1.6 degrees higher than in July 2021, the previous record-holder.” 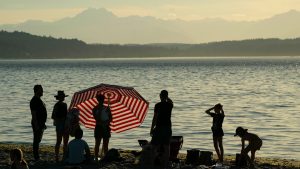 “Major heat wave to swell over Lower 48 after records fall in Northwest.

“Large parts of the Lower 48 are set to bake this week after a punishing, prolonged heat wave that set records in the Pacific Northwest edges east and south. Few regions will be spared as the heat expands into different areas each day…” 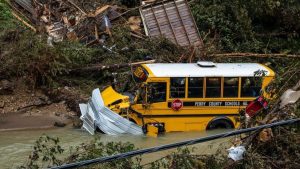 “Roads have been damaged and bridges are down. Communications have also been cut, making it impossible to contact people caught up in the flooding. The receding waters have allowed rescuers to travel down creeks by boat and recover bodies.” 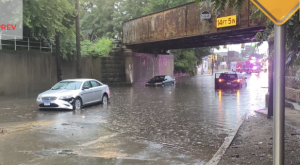 “More than 10 inches of rain falls in Illinois, another exceptional deluge…

“The latest [extreme rainfall event featured an] overnight deluge in central and southeastern Illinois, with some areas registering 8 to 12 inches of rain in less than 12 hours. It’s the third 1-in-1,000-year rain event in the Lower 48 states in about a week.” 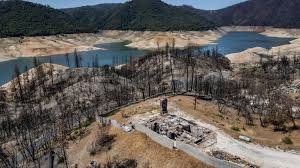 “The price of water on the Nasdaq Veles California Water Index touched $1,144.14 an acre-foot on June 27 — up 56% since the start of the year. The index tracks the average price of water-rights transactions in five markets in the state. In some pockets of California, water is even more costly — hovering around $2,000 an acre-foot in the Westlands region…” 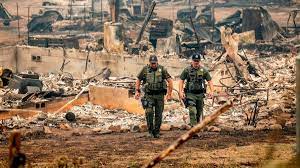 “It remains unclear how many homes were lost, but forest officials said “numerous” structures were destroyed around the Klamath River community. Four people have been found dead in the fire’s burn area…” 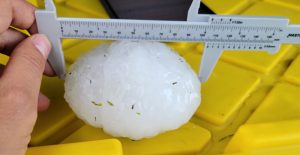 “A wicked hailstorm that struck central Alberta Monday afternoon caused damage to numerous vehicles, with up to grapefruit-sized hail being reported.

“Photos and videos posted on the QEII and areas between the communities of Red Deer and Innisfail showed damage to vehicles that were in path of the massive hailstones.”

“Wildfires have burned across at least 3.2 million hectares of forest in Russia’s Siberian and Far East regions since the start of the year…

“Nearly one-half of all the blazes were concentrated in the Far East Khabarovsk region, with 2.14% of the entire region affected. The second most-affected region is the west Siberian Khanty-Mansiisk autonomous district, which has seen about 1% of its entire territory covered in fires.” 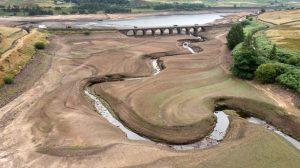 “Parts of England officially had the driest July since records began in 1836.

“South-east and central southern England saw an average of only 5.0mm of rain last month, while East Anglia had 5.4mm. For both areas it was the lowest amount of rainfall in July since Met Office records began almost 200 years ago, in 1836.” 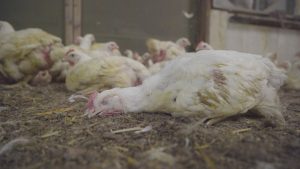 “Millions of factory farm chickens [UK] died during the record-breaking heatwave as industry whistle-blowers claimed little was done to protect them from the lethal temperatures, The Independent has learnt.

“The birds – confined to industrial farm sheds – suffered in temperatures of up to 45C and died slowly of heat exhaustion, it was alleged.” 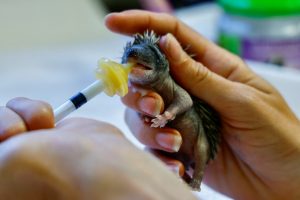 “As France bakes in its third heatwave of the summer, the blistering temperatures are forcing young birds and hedgehogs to leave their nests before they can fend for themselves and drying up the streams, lakes and ponds where the insects that small creatures feed on typically breed.” 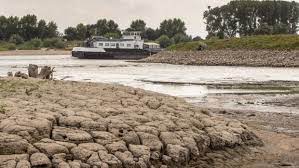 “Europe’s Vital Rhine River Is on Brink of Effectively Closing…

“The river at Kaub, Germany — a key waypoint for the shipment of commodities — is set to drop to 47 centimeters (18.5 inches) by the weekend. That would take it to within 7 centimeters of being all but impassable. Europe is already facing its worst energy-supply crunch in decades…” 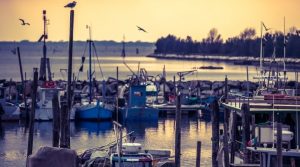 “Drought and unusually hot weather have raised the salinity in Italy’s largest delta, where the mighty Po River feeds into the Adriatic Sea south of Venice, and it’s killing rice fields along with the shellfish that are a key ingredient in one of Italy’s culinary specialties: spaghetti with clams.”

“Apart from this one-off increase in temperature, what worries experts most is an underlying trend in recent years that indicates that sea temperatures are getting higher and higher. In the case of the Mediterranean, in addition to temperature, an increase in salinity has been observed.” 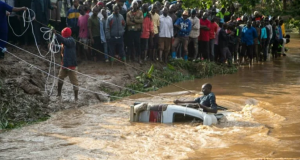 “Floods in parts of eastern Uganda resulting from torrential rains have killed at least 24 people, the government and Uganda Red Cross said.

The flooding in parts of Bugisu, Mbale and Kapchorwa initially killed 10 people on Sunday, the state ministry in charge of relief, disaster preparedness and refugees said in a statement late on Sunday. But the death toll rose further on Monday.” 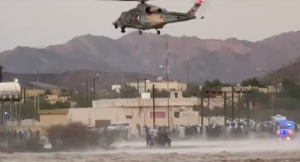 “Heavy rain hit several areas in the Sultanate of Oman on Monday, causing an unprecedented run-off of wadis. The floods submerged a number of districts, triggering landslides.

“The incessant rainfall paralysed traffic on several roads, according to local media.” 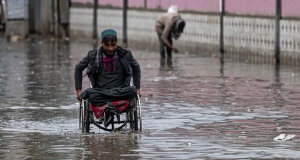 ““This year’s unseasonal flooding is catastrophic for impacted communities in Afghanistan. The scale of destruction is unparalleled. Flash floods have swept away entire sections of roads and other critical infrastructure – bridges, wheat mills, hospitals and schools.”” 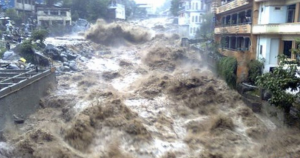 “Monsoon rains, floods kill 140 more in Pakistan in a week.

“Rescue workers backed by the military have evacuated thousands of marooned people, including women and children, from the southwestern Baluchistan province, in the northwest and elsewhere since last week…” 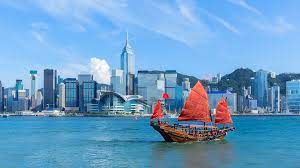 “The record-breaking month saw 21 “very hot days,” topping the previous record set in 2020 by one day. The Observatory regards “very hot days” as those when the daily maximum temperature reaches 33 degrees Celsius or above. There were 25 “hot nights”.” 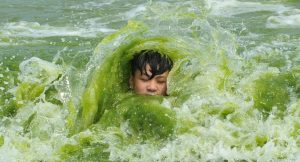 “China’s water situation is bleak due to climate change, toxic chemicals, and overuse. Chinese compose twenty percent of the world population but have only seven percent of the earth’s water. Bloomberg noted that many regions (primarily the north) have water scarcity as intense as in the Middle East.” 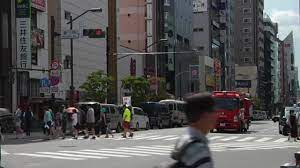 “Temperatures rose across Japan on Tuesday, climbing to near record highs around 40C [104F] in a number of areas, with the weather agency warning of heat-related illnesses… 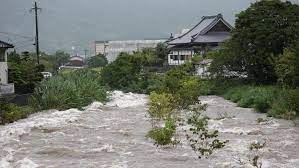 “Japan has been it by record rainfall from the south-western region and upwards over the last couple of weeks and that has affected output at the Motomachi, Tsutsumi and Yoshiwara facilities, all of which are in the Aichi prefecture. Flooding has knocked out supply routes and affected local parts suppliers.” 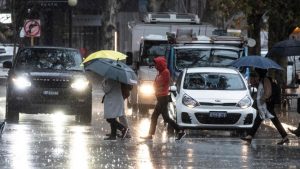 “Record winds smash Perth leaving 35,000 without power, and there’s more on the way.

“Bureau of Meteorology duty forecaster Jessica Lindgard said record wind speeds of 109 km/hr were recorded in Gingin overnight. “It was a pretty hairy evening with wind speeds of 137 km/hr at Cape Leeuwin…” she said.” 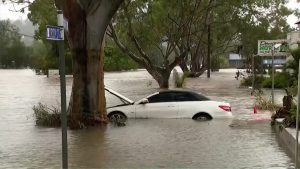 “A negative Indian Ocean dipole event has been declared, increasing the chances of above-average rainfall over much of Australia during the rest of winter and spring.

“It is believed to be the first time since reliable records began in 1960 that negative Indian Ocean dipole events have occurred two years in a row.” 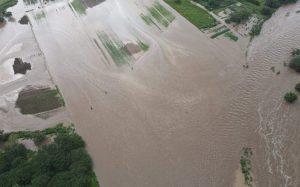 “The New Caledonian Agriculture Federation (FNSEA) said 30 percent of the corn crops in the southern district of La Foa has been lost with some farmers losing everything after 40 millimetres of rain fell on one day recently.” 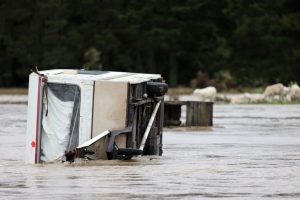 “Last month the wettest July on record in New Zealand – NIWA [wettest month ever in some locations].

“In a statement on Wednesday, the research institute said “record-breaking rain, temperatures and wind were all part of the weather story for July 2022 in Aotearoa New Zealand”, with rain being “perhaps the most memorable feature of the month”.” 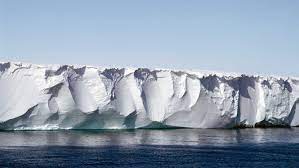 “The research, published today in Nature Climate Change, shows changing water circulation in the Southern Ocean may be compromising the stability of the East Antarctic ice sheet. The ice sheet, about the size of the United States, is the largest in the world.”