“The global recession drum beat is getting louder.

“Sharply higher interest rates, red-hot inflation and a prolonged energy crisis are leading to conviction that the world economy is headed inexorably towards recession.

“It’s a risk U.S. Treasury Secretary Janet Yellen and European Central Bank chief Christine Lagarde have acknowledged even if neither considers it a baseline scenario.” 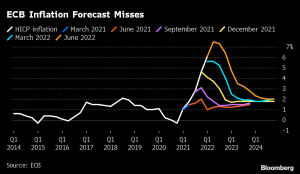 “The Federal Reserve and most counterparts are now racing to make up for lost time by raising interest rates the most in decades. That means borrowing costs may end up higher than if the hiking started sooner.” 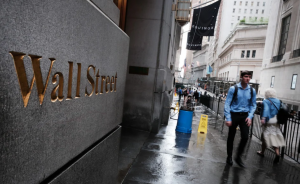 “US plunges into recession as inflation hammers world’s biggest economy.

“Joe Biden has insisted that the US is not in a recession despite after official figures showed the world’s biggest economy had shrunk in two consecutive quarters. The US President said the downturn was “no surprise”, pinning it on waning momentum and the Federal Reserve’s efforts to curb inflation.” 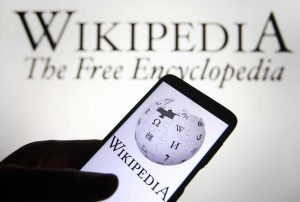 “Wikipedia has frozen edits to its page for “recession,” halting a frenzy of changes to the entry after the Biden administration insisted that the U.S. economy has not entered a economic downturn.

“The website’s definition of recession was altered dozens of times over the course of 24 hours, in an apparent reaction to the White House’s resistance to calling the current economy a recession.” 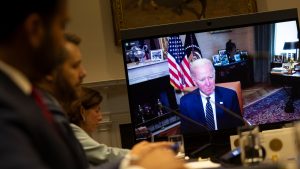 “President Joe Biden continues to see his dismal polling numbers get even worse, with his average through the first six quarters of his presidency the lowest in history.

“Biden, 79, had a poll approval of just 40 per cent at the end of his sixth quarter in office earlier this month.” 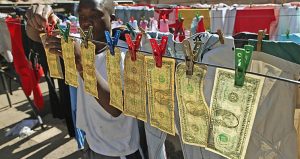 “Strong dollar is a major headache for other countries… this strength is bad news, and a side-effect of the US having both a serious central bank and a very serious inflation problem.

“…one of the peculiarities of the world economy is the extent to which the greenback is used when pricing goods and services among people who have no link to the USA… other central banks may need to act on the dollar’s strength — because a strong dollar sluices price rises directly into their economies.” 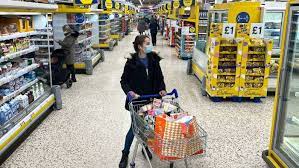 “UK consumer borrowing doubles amid rise in cost of living.

“The amount of extra debt taken on by UK consumers doubled last month, according to data from the Bank of England on Friday, raising fears that people are resorting to credit cards and other forms of borrowing to fund increases in the cost of living.” 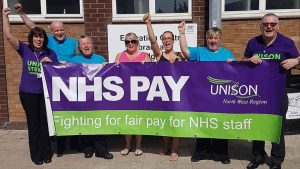 “[UK] Strikes spreading amid discontent over pay and conditions.

“Strikes by workers at BT, Openreach and exam board AQA on Friday are the latest in a wave of industrial action sweeping across the country. The railways have been particularly affected by strikes in long-running disputes over pay, jobs and conditions.” 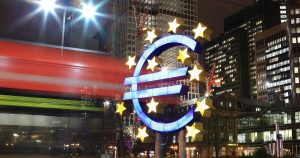 “Dearer energy was blamed for the lion’s share of the increase from 8.6% in June, as the fallout from the Russian invasion of Ukraine continues to hammer European economies.” 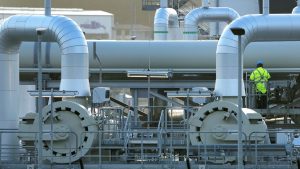 “European short-term power prices surged to the highest levels on record in July and are set to rise even more, heaping more pressure on consumers already struggling with runaway energy bills.” 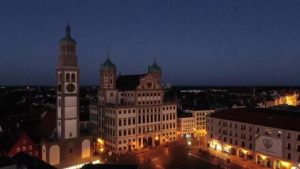 “Spain tells workers to take off their ties to save electricity, Hanover switches off hot water while German and Austrian cities turn off lights and Oktoberfest faces axe… Half [France’s nuclear] reactors are currently offline because of an unexpected problem with their cooling systems…” 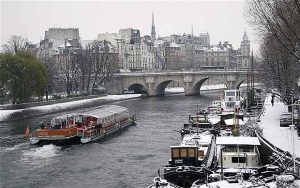 “Paris Faces an Even Colder, Darker Winter Than Berlin…

“As winter approaches, the outlook in France is increasingly dire. Electricite de France SA, the state-owned utility, is running only 26 of its 57 reactors, with more than half of its chain undergoing emergency maintenance after the discovery of cracked pipes… France faces an electricity ‘Waterloo.’” 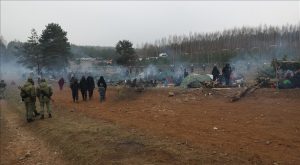 “Belarusian president Alexander Lukashenko has encouraged migrants to attempt entry into his EU neighbours — Poland, Lithuania and Latvia — in an attempt to destabilise the region by facilitating visas and travel from the Middle East.” 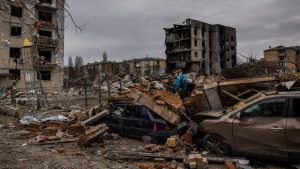 “Ukraine was downgraded by Fitch Ratings to C from CCC last week, with the company saying the government’s request constitutes a “default-like process.” Ukraine is rated Caa3 by Moody’s Investors Service.” 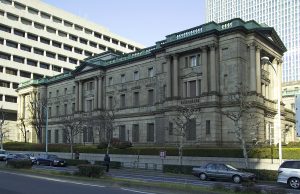 “The summary was released hours after the US recorded a second consecutive quarterly economic contraction. With Japan heavily reliant on global demand, a slowdown could jeopardize the BOJ’s push for a stronger recovery to spur wage growth and make current cost-push inflation sustainable.” 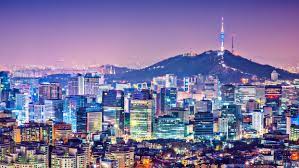 “South Korea’s property market has abruptly gone from sizzling hot to floundering, piling pressure on some of the world’s most debt-saddled consumers as the sector experiences the fastest interest rate hikes on record.” 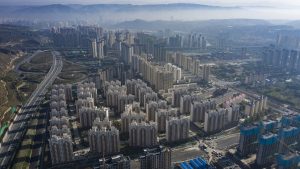 “China’s overall property loans rose at the slowest rate on record as of the end of June, as banks were cautious about lending to cash-strapped developers while household demand for mortgages was weak amid a continued market downturn.” 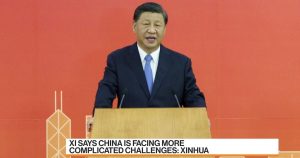 “China’s top leaders have gone silent on the country’s economic goals… At a key meeting of top leaders on Thursday, no mention of GDP targets was made…

“Over the last few months, the Chinese economy has been hammered by rigid Covid lockdowns, a crackdown on the private sector and an intensifying property crisis. Growth slowed to only 0.4% in the second quarter, while youth unemployment soared to an all-time high.” 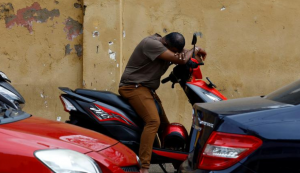 “The World Bank said Friday it would not offer new funding to Sri Lanka unless the bankrupt island nation carried out “deep structural reforms” to stabilise its crashing economy.

“Sri Lanka has suffered an unprecedented downturn with its 22 million people enduring months of food and fuel shortages, rolling blackouts and rampant inflation.” 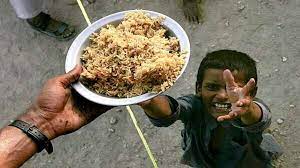 “Pakistan’s rupee had its worst month since 1989 amid a dollar shortage and concern over a delay in an International Monetary Fund bailout program.

“The currency fell more than 14% against the dollar in July, ending Friday’s trading at 239 per greenback, the biggest monthly slide since Bloomberg started compiling data in 1989.” 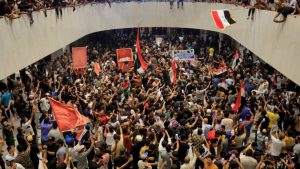 ““There is no state anymore,” one senior government official and political veteran said, a sentiment echoed by others. “This is a country purely run on greed and corruption where no one is thinking about the future.”” 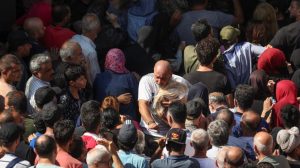 “The Lebanese military had to intervene to remove angry citizens across Lebanon from the bakeries and pastry shops they have stormed amid a deepening food crisis.

“Impatient residents stood in long lines in the summer heat to get symbolically small amounts of government-subsidized bread. However, many desperate Lebanese have been prepared to acquire 10 thin loaves of non-subsidized bread for 40,000 Lebanese pounds ($1.50).” 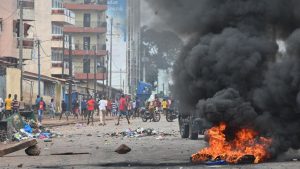 “This week’s demonstrations were the second major protest against the junta in recent months. One person was killed in a protest over fuel price hikes in June, and Guinea charged a police officer with his murder.” 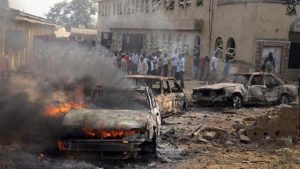 “Terrorists Know Nigeria Is At Its Weakest Level…

““The fact is Nigeria is in a complex and complicated situation now. The complicated situation is worsened by economic problem. “This is the root of the problem in Nigeria. They [Federal Government] can not raise the funding to continue to carry out operations in the Northwest and Northeast.” 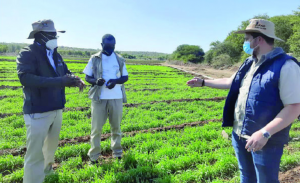 “Of late, Zimbabwe’s power supply situation has worsened on the back of constant breakdowns, mainly at the country’s biggest thermal plant, Hwange power station.” 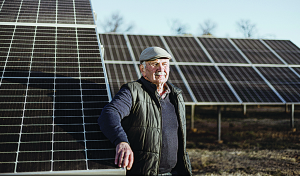 “Built on privately acquired land along the Orange River during the dying days of apartheid, Orania manages its affairs autonomously from the central government. It was set up to preserve the “culture” of the Afrikaners….” 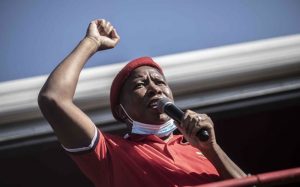 “‘White people will be the first target’: South Africa’s Julius Malema warns of impending ‘violence’ because ‘the poor are getting poorer’…

“A South African opposition figure has warned of impending civil unrest in the continent’s richest country and likened it to ‘an Arab Spring.’ The controversial opposition leader Julius Malema spoke of the country waking up one day with ‘very angry people that are not going to be reasonable.'” 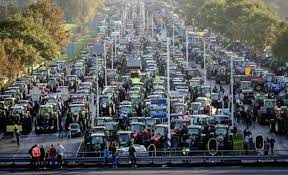 “…the [nitrous oxide] target is expected to require a 30% reduction in overall livestock numbers, and experts say many farms will have to shut down. Farmers are demanding that the government rethink the plan before it becomes law later this year.” 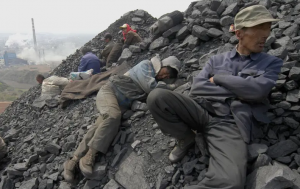 “Back to black: coal demand to return to its peak this year.

“As countries are juggling between skyrocketing energy prices and reduced gas flows, it seems that many of them could turn to coal to secure power to keep the lights on in winter… The IEA’s Coal Market Update report forecasts that global coal demand will return to its record highs this year.”