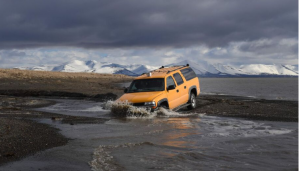 “Utqiagvik, Alaska [formerly Barrow], the northernmost city in the US, had its rainiest day on record.

“Heavy rainfall is uncommon as the North Slope is a relatively dry [Arctic] ecosystem, with only 5.39 inches of precipitation in an average year. On Tuesday, 1.42 inches of rain fell in Utqiagvik, Alaska F/K/A Barrow. An inch of rain or slightly more has only happened twice since records began in 1920. Rainfall helps the permafrost thaw and methane released into the atmosphere.“ 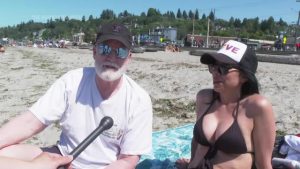 “Seattle and Portland have been setting daily records, and triple-digit temperatures are bleeding south into the highly populous Willamette Valley. Concern is growing for vulnerable populations too, since only 44 percent of homes in Seattle and 78 percent of residences in Portland have air conditioning.” 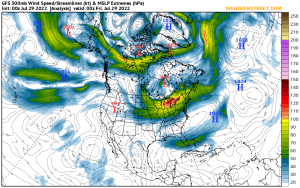 “Deadly floods are slamming the US Heartland. More than 2,000 miles away, dangerous heat is scorching the Pacific Northwest. The same phenomenon is to blame for both. A massive bend in the jet stream — narrow bands of high winds encircling the Earth — is causing the havoc.” 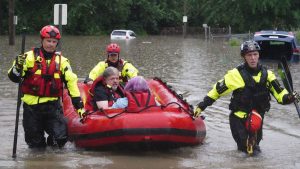 “Flooding in St. Louis has left people trapped in their homes under 7 feet of water.

“While flash flooding in St. Louis, Missouri, had tapered out in the last two days, a new round of storms Thursday afternoon left emergency responders scrambling to rescue residents. The St. Louis Police Department tweeted Thursday one section of the city was submerged in 7 feet of water, leaving area residents trapped in their homes.” 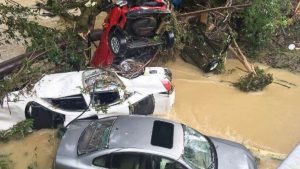 “…heavy thunderstorms locked in on the region. Ten to twelve inches of rain fell in just a few hours over very steep terrain… A weather station recorded the all-time highest water level of 21 feet around 1 pm in Whitesburg, crushing the old record of 14.7 feet set in 1957. The actual river crest may have been higher…” 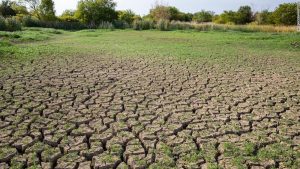 “Flash drought conditions intensified in the Northeast and across the southern Plains, causing agriculture concerns across the regions, according to the latest US Drought Monitor released Thursday morning.

“”Temperatures across the region were generally 2-8 degrees warmer than normal, with the warmest readings occurring in Oklahoma, Texas, northern Arkansas, and the western half of Tennessee,” the US Drought Monitor wrote Thursday.” 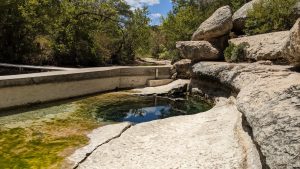 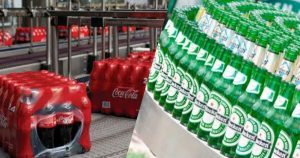 “‘It’s plunder’: Mexico desperate for water while drinks companies use billions of litres…

“As people who cannot afford bottled water are drinking the brackish water from the trucks, anger is growing here that beverage companies with bottling plants here, including Coca Cola and Heineken, are extracting billions of litres of water from public reservoirs.” 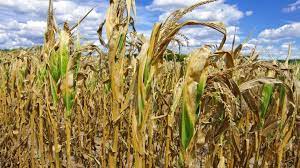 “With a severe drought impacting wheat production, Argentina has been unable to increase exports at a time when the global supply situation is tightening, according to the Global Agricultural Information Network report from the Foreign Agricultural Service of the US Department of Agriculture.” 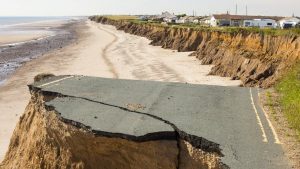 “The rise in sea levels around the UK is accelerating and has reached a rate more than double that in the first years of the 1900s. 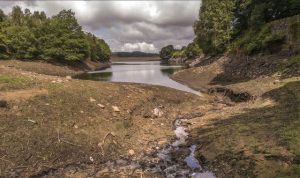 “Heatwave: England’s driest July since 1911 and the second on record…

“So far this month, the latest data reveals there has only been 15.8mm (0.6in) of rain averaged, just 24 per cent of the amount that would be expected in an average July. At this stage – up to July 26 – the country would have expected well over three-quarters of the month’s rain to have already fallen.” 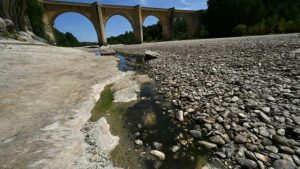 “France on course for driest July on record: weather office.

“Farmers across the country are reporting difficulties in feeding livestock because of parched grasslands, while irrigation has been banned in large areas of northwest and southeast France due to water shortages.” 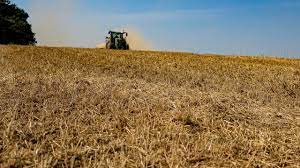 “Maize, sunflower and soya bean yields are forecast by the EU to drop by about 8% to 9% due to hot weather across the continent. Supplies of cooking oil and maize were already under pressure, as Ukraine is a major producer and its exports have been blocked by Russia.” 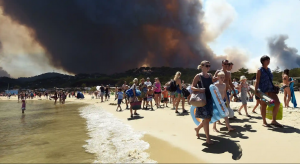 “The total number of wildfires in the European Union since the beginning of 2022 is almost four times the 15-year average for the same time period, according to Copernicus, the bloc’s Earth observation program…

“Spain, Italy, Portugal, Greece, France and Germany have all lost thousands of hectares of land to wildfires, amid Europe’s record-breaking heatwave.” 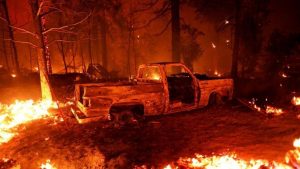 “Residents in Prague have this week smelt something unusual on the wind—the smell of a raging forest fire devastating a national park more than 100 kilometres away. The wildfire in the Bohemian Switzerland National Park, mainly in Hrensko district, is off-the-scale in Czech modern history.” 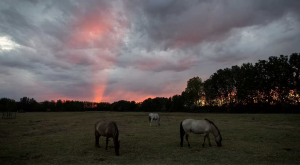 “”Many people simply give up breeding animals. They will slowly lose their livelihood,” said Ferenc Szepe, 68, another local farmer, as he grimly examined the hand-written log of monthly rainfall that he has kept for years.” 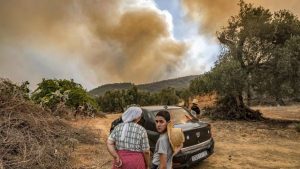 “The fires in Morocco are still raging and are becoming a massive concern for all Moroccans. Due to the number of outbreaks, the country’s firefighters have had to intensify their efforts to try to control the flames that are raging in the north of the Kingdom.” 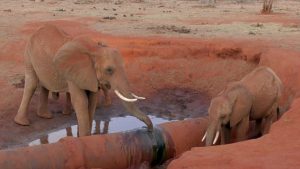 “As Kenya battles its worst drought in four decades, the crisis is killing 20 times more elephants than poaching, according to officials. They cite desiccated carcasses found in Tsavo National Park, where much wildlife has fled in recent years in search of water.” 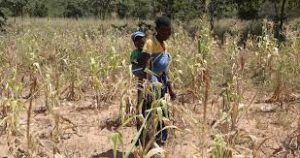 “In contrast to what is often reported, drought in Africa extends far beyond the Horn of Africa, and hundreds of thousands of people across Central and Southern Africa are at risk as a result of not enough food being produced in the region this year, says Killen Otieno, ForAfrika’s chief of operations.”

“Major emergency response after UAE hit by floods: Parts of Fujairah have already received more than double the UAE’s typical annual rainfall so far this week.

“The highest amount of rain was recorded at a National Centre of Meteorology rain gauge in Fujairah Port where 234.9mm [9.2 inches] of rain fell from 10:30pm on July 25 to 9:18am on Thursday.” 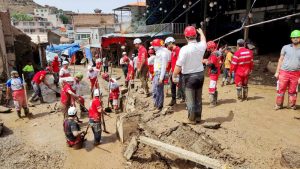 “State TV reported that the heavy rains in the early hours of the day caused flash floods and then landslides in a neighborhood at the foothills of the Alborz mountain range. In 2015, a flash flood in the same area killed at least 14 people.” 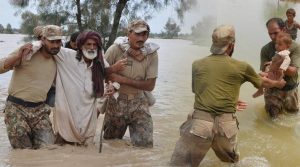 “Akram Bugti, a rescue official, said hundreds of people were stranded just in Lasbella, a district in Baluchistan province, after floodwater inundated several villages… Cholera has caused 28 deaths and sickened thousands of people in Baluchistan in recent months.” 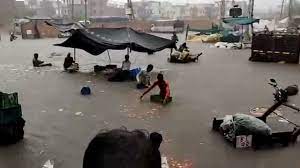 “The Municipal Corporations of Jodhpur – South and North have received more than 500 distress calls in the last 24 hours. Mud pumps were installed at various places to get water out of people’s homes, and many workers of disaster relief teams are still working in the city to help people.” 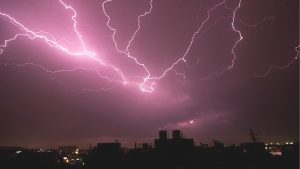 “Lightning strikes have killed seven more people in India’s most populous state in the last 24 hours, taking the death toll to 49 for just this week and to almost 70 for two states, as the climate crisis makes occurrences of strikes more frequent.” 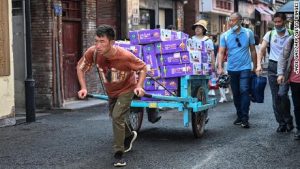 “It’s week 7th of this endless record heat wave in SE China. Yesterday the town of Rongjiang set its all time high with 40.2C [104.4F] beating the old record from 1974. 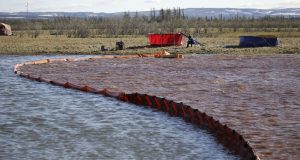 “Update on the Siberian Heat Wave:

“Today was another hot day in Northern Siberia with temperatures above 36C well north of 60N. 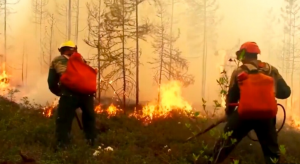 “State of emergency in Yakutia’s diamond-rich Mirny district [Siberia], west of the republic, where people had to flee the settlement of Arylakh (1,600 residents) because of a wildfire.

“South of Yakutia struggle with wildfires since April; north has been battling floods.”

“”The strong increase in thaw slump activity due to the Siberian heatwave shows that carbon mobilization from permafrost soils can respond sharply and non-linearly to increasing temperatures,” asserts the paper’s lead author, Philipp Bernhard…”