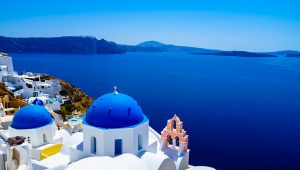 “Water temperatures are as high as 6.2°C above normal! 6.2°C is 11°F above normal. Keep in mind water has more than 4X the heat capacity of air which means it’s much harder for water to warm than air.

“A 6.2°C sea surface temperature anomaly in the Mediterranean is simply astonishing.” 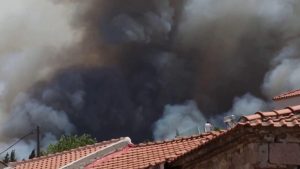 “Firefighters on the Greek mainland were also battling for a third day a wildfire in the Dadia national park, the country’s largest Natura 2000 site known for its black vulture colony, in the north-eastern region of Evros.” 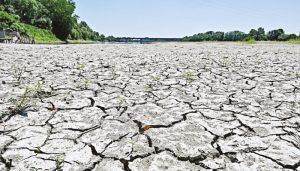 “The roar of Mr Dario Vicini’s motorcycle cuts through the silence as he drives across his rice paddy to survey the destruction wrought by Italy’s worst drought in 70 years. His fields are nothing but desolation, with rice stems slowly dying in the sandy ground.” 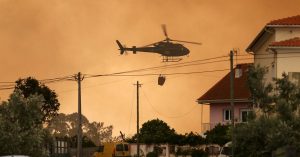 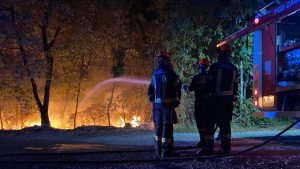 “Thousands of firefighters, with help of helicopters and Canadair planes, are battling the uncontrolled fire, saving numerous villages and small towns in the region.” 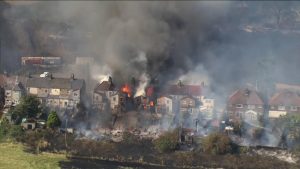 “…satellites are routinely mapping the energy retained in the “skin” of the Earth – what someone would feel if they placed their hand on the ground. And that rose to 48C [118.4F] in the UK on both Monday and Tuesday.” 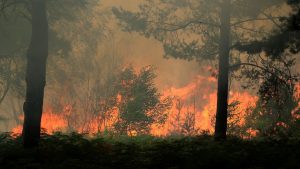 “London fire brigade has also said it is tackling multiple “significant” fires related to the hot weather in the city, with incidents reported in Enfield, Hayes and Thamesmead, and has issued a plea to the public to cancel any planned barbecues.” 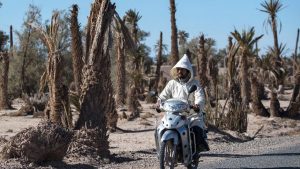 “Moroccan authorities on Friday instructed that the water flow distributed to citizens be regulated as the country grapples with a drought, exacerbated by scorching temperatures and decreased rainfall.” 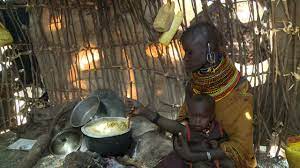 “‘Just waiting to die’: The Kenyans surviving on berries in drought-stricken north.

“It has been three years since the small village of Purapul in northern Kenya saw any significant rainfall and residents have been forced to turn to eating bitter wild berries in order to survive, though some say it is just a matter of time until they succumb to starvation.” 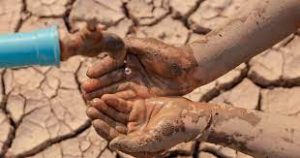 “Nelson Mandela Bay’s water system remains on the precipice. Dams are drying out and demand outpaces supply. Despite the intervention of minister of water and sanitation Senzo Mchunu there are new leaks on a daily basis… The residents of Nelson Mandela Bay are divided between two realities.” 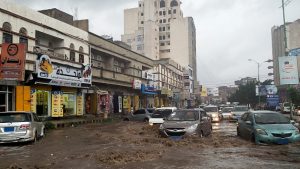 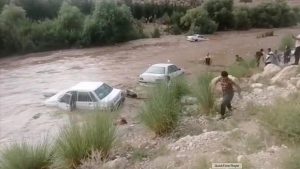 “Officials of the local Red Crescent Society aid group on Saturday confirmed the deaths, adding that 150 emergency responders and an aerial unit are working at the scene at the town of Estahban, 174km (108 miles) east of the provincial capital, Shiraz.” 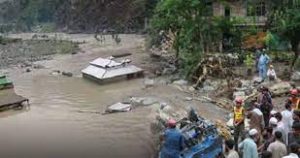 “Flash floods triggered by heavy rains caused massive destruction in the Kandia tehsil of Upper Kohistan [Pakistan] on Sunday as at least 50 houses and mini-power stations were washed away, an official said.

“The flooding coincides with heavy rains in Chitral and Peshawar, where one person died and two were injured in the last 24 hours, according to the PDMA.” 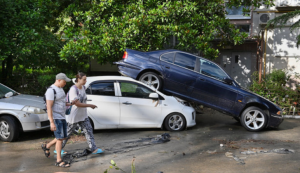 “A massive flood hit Russia’s Sochi on Saturday, leaving streets in the country’s largest resort city under water as the Bzugu River overflowed after heavy rains. According to Russian state news agency RIA Novosti, at least one person has died.” 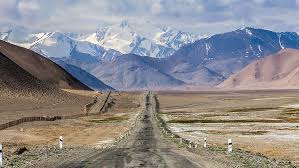 “Brutal heat wave in Central Asia with temperatures over 47C [116.6F] in Turkmenistan and Uzbekistan. 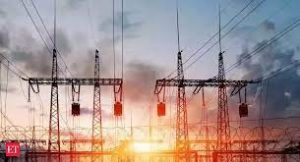 “Heatwaves Could Cause Energy Crunch In Central Asia.

“Kyrgyzstan’s state power supplier has warned of possible energy shortages as consumers set a new daily record for power consumption in summer. Central Asia is being gripped by the same heatwave blanketing much of the northern hemisphere.” 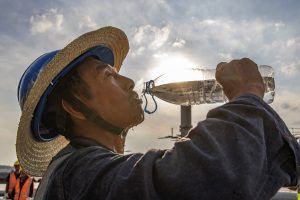 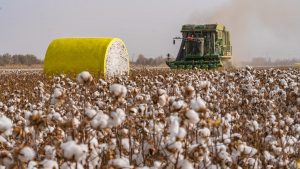 “China’s Xinjiang on Saturday warned of more flash floods and mudslides and risks to agriculture as heatwaves swept across the region, accelerating the pace of glacial melt and posing hazards for its vast cotton production.” 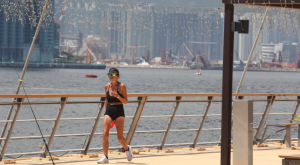 “Incredible Hong Kong: Hottest July day on records beaten for the 3rd day in a row.

“Record heat again in Kamchatka Peninsula in Russia. On 22nd July the temperature rose to 32.7C [90.1F] at Sobolevo, pulverizing its previous all time high of 29.4C by 3.3C! 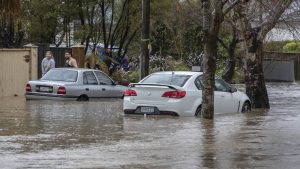 “Christchurch [NZ] is set to record its wettest July on record and it isn’t over just yet.

“Records show the garden city has experienced double its average rainfall in the past month, and is now expected to break a longstanding 1977 record for the wettest July. MetService’s Lewis Ferris told 1News that it had been a month of bad weather.” 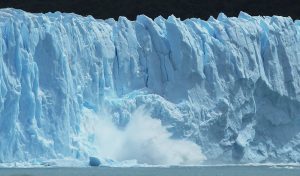 “From the Amazon to the Andes and the snowy depths of Patagonia, extreme weather and climate change are causing mega-drought, extreme rainfall, deforestation and glacier melt across the Latin America and the Caribbean region, according to a UN report published on Friday.” 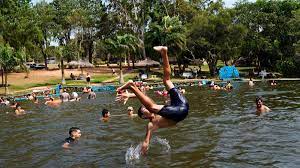 “On 24th July the temperature reached 38.1C [100.6F] at Las Palmas, 0.4C from the Paraguayan July national heat record. Las Lomitas in Argentina also exceeded 35C [95F]. Next days will be even hotter.” 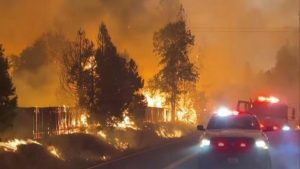 “Thousands ordered to flee as officials declare state of emergency due to ‘explosive’ California wildfire.

“A state of emergency has been declared in California’s Mariposa County after thousands were ordered to evacuate because of a fast-moving wildfire near Yosemite National Park on Saturday.” 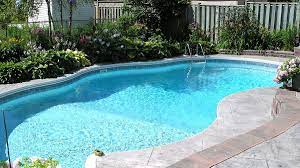 “Facing a serious drought, Las Vegas is diving into action in an effort to reduce the amount of water waste. With the Lake Mead reservoir drying up, Clark County officials voted to shrink the size of swimming pools to no more than 600 square feet.” 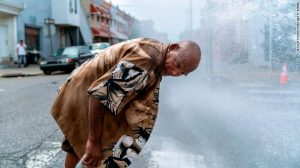 “Philadelphia was forecast to hit 100F (38C) on Sunday before even factoring in humidity. Newark, New Jersey saw its fifth consecutive day of 100F or higher, the longest such streak since records began in 1931. Boston also hit 100F, surpassing the previous daily record high of 98F set in 1933.” 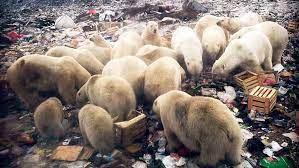 “Scientists from the U.S. and Canada say Arctic warming is reducing the food supply for polar bears. The animals are forced to look for food at waste sites. That is causing problems for both the bears and humans.” 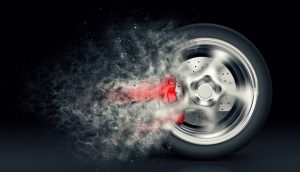 ““When we tested the tyres it killed all the fish,” said McIntyre. From there, they were able to identify the culprit: a toxic chemical known as 6PPD-quinone, the product of the preservative 6PPD, which is added to tyres to stop them breaking down.”