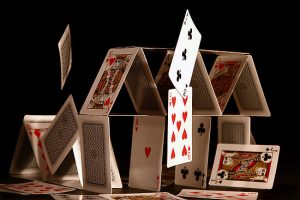 “We should be worrying about debt as well as inflation… total global debt today, relative to GDP, is more than double its 2006 level — and triple the 2000 ratio (when it was under 100 per cent).

“Yes, you read that right: leverage in the global economic system has risen more than three-fold this century; and the only reason that this went (mostly) unnoticed was sinking interest rates.

“So what happens now if rates increase? No one knows.” [I have a pretty good idea and it’s not free ice cream for everyone.] 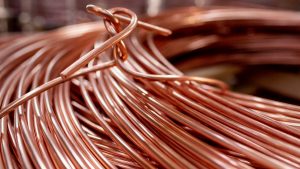 “The benchmark copper contract on the London Metal Exchange slipped 1.6 per cent lower to $6,987… Copper has dropped vertiginously since its price hit a record high above $10,600 a tonne in March… Now, the market’s gaze has flipped to fears that aggressive rate hikes by central banks, rising Covid cases in China and the prospect of Russia cutting off European gas…” 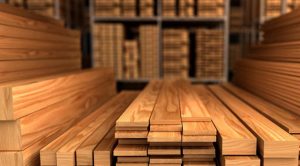 “Lumber plays ‘canary in the coal mine’, cues downturn in commodities.

“The lumber market has taken some big hits from rising inflation and a slowdown in the housing market, with lumber prices down more than 40% in the first six months of the year. They could fall still further before bottoming out.” 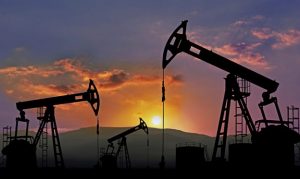 “Oil market watchers have become senior macroeconomists lately, with price swings increasingly dependent on larger market sentiment… it seems that there is still no consensus on the main driving trend in the markets – fears of economic recession are just as strong as the feeling of immediate physical tightness.” 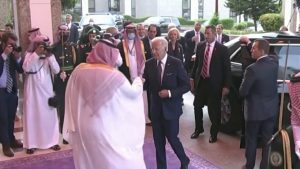 “Soaring oil prices and record national average gasoline prices of over $5 per gallon in the United States on some days in June, months before the midterm elections, have prompted President Biden to consider a visit to Saudi Arabia and a meeting with its rulers. Two years ago, he described Saudi Arabia as a “pariah” state…”

“Production at U.S. factories dropped for a second straight month in June as output of motor vehicles and a range of other goods declined, suggesting that higher interest rates were hurting the manufacturing sector.” 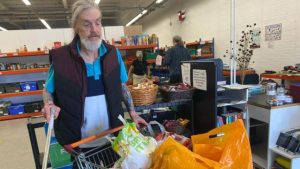 “Colin Walker is on his way home after being discharged from hospital but there’s one place he needs to visit first – his local food bank. The 60-year-old arrives at the Colchester branch with a nurse, who is taking him back to his flat after he had a stroke.” 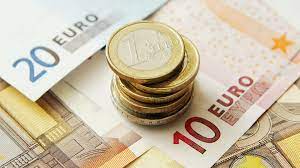 ““The question is not so much whether [a recession] is going to happen, it’s how bad it’s going to get,” said Antoine Bouvet, senior rates strategist at ING… Jordan Rochester, foreign exchange strategist at Japanese bank Nomura, took a similar view… “If that’s not an economic crisis, what is?” he said.”

““It will be a really tough winter in Europe,” Ben van Beurden told the Aurora spring conference in Oxford on Thursday. “We will all face very significant escalation in energy prices. In the worst case, Europe will need to ration its energy consumption.”” 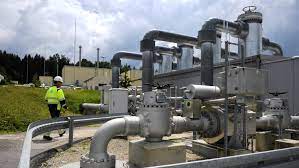 “According to a Financial Times report, the Düsseldorf-based company, which is Europe’s biggest buyer of Russian gas, said that beginning earlier this week it’s been taking gas from storage units amid dwindling supplies.” 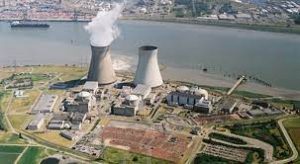 “The French company though said there was a limit to how long the facility, in central eastern Belgium, could remain online… The extension of Tihange 2’s operation beyond the current legal shutdown date — Feb. 1 — isn’t feasible due to technical reasons and nuclear safety constraints, an Engie spokesperson said by phone.” 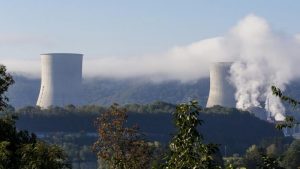 “Electricite de France SA’s nuclear-output cuts are expected to stretch into next week as a heat wave sweeping across Europe pushes up river temperatures, restricting EDF’s ability to cool its plants…

“The restrictions threaten to push power prices — already at eye-watering levels — even higher, with the effects rippling out to other European markets.”

“French president Emmanuel Macron has called on businesses, government agencies and households to do more to save energy…

“It is first time the French president has said the country faces a 1970s scenario of electricity and petrol shortages as a result of Russia’s invasion of Ukraine. Ministers had previously argued that France’s traditional strength in nuclear power meant it was less reliant on Russian gas imports than its neighbours…” 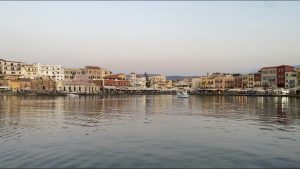 “”We invite every German who wants to come to us this winter to live here — away from the crises. Chania is the perfect place to survive a crisis winter: warm, friendly people and perhaps the best year-round climate in all of Europe,” said the city’s mayor, Panagiotis Simandirakis, per Bild.” 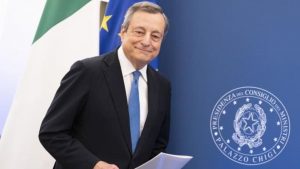 “The widening Italy-Germany spread — which hit 2.19 percentage points on Friday morning — highlights investors’ growing worries over politics in Rome at a time when the country also faces rising economic risks.” 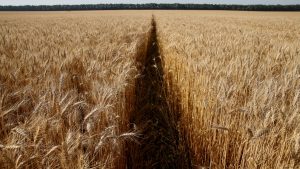 “Like in many parts of the world, harvests underway in eastern Europe have suffered from a fertilizer crisis — and things could get worse.

“That’s according to Hungarian producer Nitrogenmuvek Zrt, which sees grain yields falling 15% to 20% this year in a region that includes major European exporters Romania and Poland. Farmers have cut nutrient usage due to high prices and supply issue.” 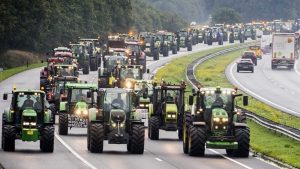 “A wave of agricultural protest has swept Europe and the wider world, as a host of issues conspire to pit farmers against national politics.

“Farmer-led protests in Germany, Italy, Spain and Poland have sprung up in the wake of action by Dutch farmers, who were first to take to the streets to complain about the impact of new emissions rules.” 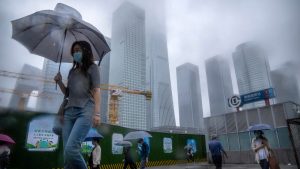 “Output contracted by 2.6% between April and June compared with the previous quarter… The consultancy Capital Economics said the real figure was probably “even weaker than meets the eye” and suggested that the Chinese government…. could be trying to disguise the economy’s sluggishness.” 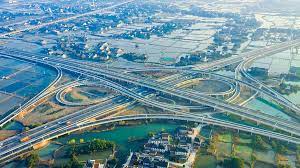 ” Almost a third of local and regional governments in China could be in dire enough financial straits at the end of this year to require corrective action such as cutting spending, as growing interest burdens and shrinking income from land sales continue to batter budgets.” 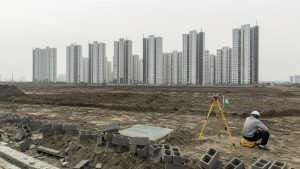 “China’s $2.4 trillion real estate market is showing little signs of recovery. Contagion is spreading to the financial system amid reports that a rapidly growing number of homebuyers are refusing to pay mortgages for incomplete apartments. That’s alarmed investors…” 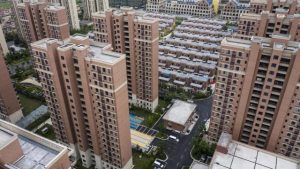 “China in crisis meeting with banks on mortgage boycotts…

“While there was no immediate solution, regulators asked local watchdogs and banks to report the impact, including property projects affected in their jurisdictions, as soon as possible, the people said. Some banks plan to tighten their mortgage lending requirements in high-risk cities…” 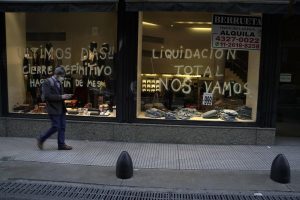 “Argentines face the prospect of 90% inflation by year end…

“That would be the fastest pace since hyperinflation three decades ago, and the highest rate in the world outside Venezuela and Sudan, according to forecasts from the International Monetary Fund.” 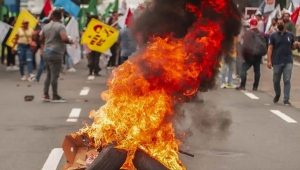 “As protesters ignored government calls for negotiations to end the angry mobilization, dozens of blockades were maintained on the critical highway that connects the country of 4.4 million people to the rest of Central America.” 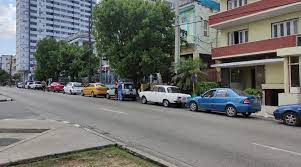 “Cubans Queue Up For Days To Get Diesel Fuel…

“According to experts, the dramatic shortage of diesel fuel is the result of a “domino effect”, as authorities were forced to divert fuel from the transport sector to run power plants. Dany Pérez has spent four days in a queue of cars waiting to refuel his truck with diesel…” 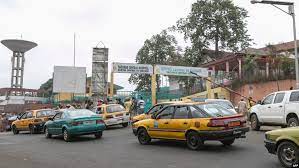 “More than 100 drivers pack a filling station in the Etoudi neighborhood of Cameroon’s capital, Yaoundé, Friday, honking their horns to protest a fresh fuel shortage. The drivers say their incomes have nosedived since Yaoundé ran short of fuel this month and the scarcity spread to other towns.” 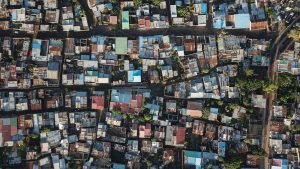 “Mozambican schools closed and office workers mostly stayed at home in the capital of Maputo as fears grew that cost-of-living protests could turn violent. The city was largely deserted and law enforcement on high alert…” 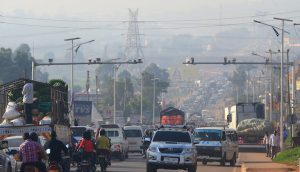 ““At the current prices of diesel, you need seven litres to till an acre of land,” Mr Aluka says, adding, “That means going back to our oxen ploughing, which is cheaper,” he said… Diesel is indispensable to Uganda’s economy not least because it powers generators that provide critical electrical power…” 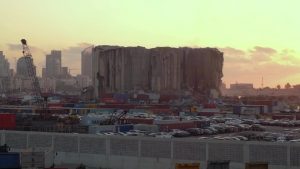 “The fire has been burning slowly in the ruins of the port’s grain silos, giving off an orange glow visible at night from neighbourhoods that were most badly damaged by the Aug. 4, 2020 chemical explosion that killed more than 215 people. The authorities say it is the result of summer heat igniting fermenting grain…” 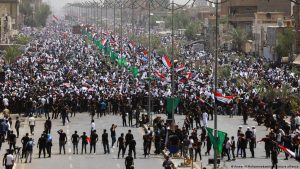 ““Our demands in the upcoming protests will include all the rights that will preserve the dignity of Iraqis, such as improving services and providing job opportunities, drinking water, and the major calls for new elections and take down the corrupt parties in power,” Fayyad said.” 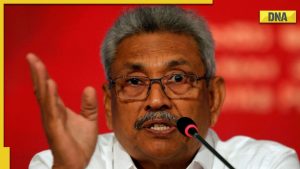 “Rajapaksa’s office said his resignation letter had been received by the country’s parliamentary speaker, after it was flown from Singapore, to where the leader had fled via the Maldives… News of Rajapaksa’s resignation was greeted by cheers and the lighting of firecrackers in the streets of Colombo.” 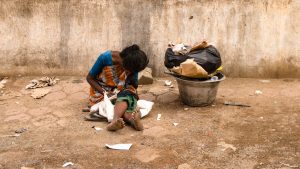 “The big default? The dozen countries in the danger zone.

“Lebanon, Sri Lanka, Russia, Suriname and Zambia are already in default, Belarus is on the brink and at least another dozen are in the danger zone as rising borrowing costs, inflation and debt all stoke fears of economic collapse. Totting up the cost is eyewatering.” 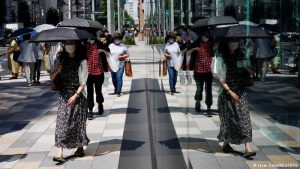 “The surging temperatures are causing spikes in energy demand, straining electrical grids to the limit as residents crank up the AC. And so, in order to prevent unexpected blackouts this surge could cause, utility operators across the world are turning to a desperate measure: paying their industrial customers compensation to shut down operations and go home.”