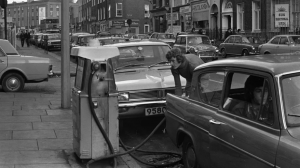 In the 1970s, only oil was involved, whereas this crisis encompasses natural gas, coal, and even the nuclear-fuel cycle. In addition to stoking inflation, today’s crisis is transforming a previously global market into one that is fragmented and more vulnerable to disruption, crimping economic growth. And, together with the geopolitical crisis arising from the war in Ukraine, it is further deepening the world’s great-power rivalries. 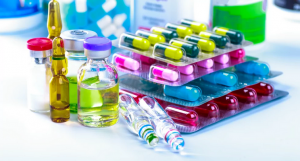 “A surge in gasoline prices has caused a shortage of chemicals that are also used to produce goods like car parts and pharmaceutical products, placing further pressure on costs for manufacturing essential items.” 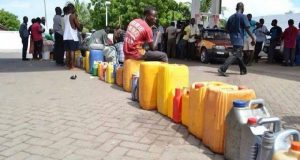 “Record fuel prices are hitting oil demand in developed countries harder than anticipated, the International Energy Agency warned on Wednesday, in the latest sign of inflationary pressures forcing consumers to cut back.” 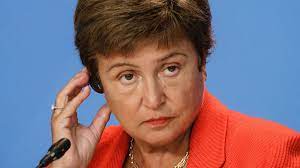 “Nations that don’t earn the US currency but have to service debt in the greenback are finding it “twice as hard” to keep up, Georgieva said, adding that about 30% of developing and emerging-market nations are either in or near debt distress.” 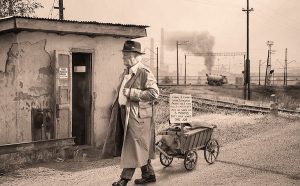 ““It is going to be a tough 2022 – and possibly an even tougher 2023, with increased risk of recession.” The IMF would be downgrading its growth forecasts for global growth for both 2022 and 2023 later this month, she said, having warned in April that its forecast of 3.6% was likely to be revised downwards.” 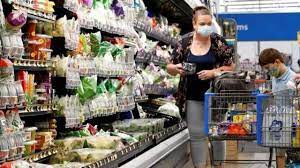 “Soaring gas and food prices catapult US inflation to 40-year-high.

“US inflation accelerated in June by more than forecast, led by elevated prices for gasoline, food and housing costs and resulting in the largest annual increase in inflation in more than 40 years. The news virtually guarantees that the Federal Reserve will hike interest rates by another three-quarters of a point this month.” 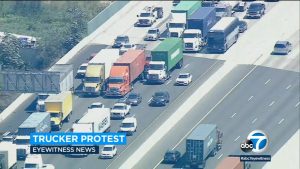 “Truckers servicing some of the US’s busiest ports are staging protests Wednesday as state-level labor rules that change their employment status begin to go into effect, creating another choke point in stressed US supply chains.” 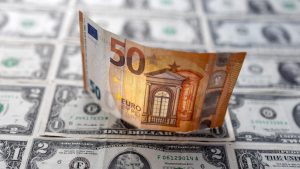 “Euro dips below parity against dollar for first time since 2002…

““Gas rationing, stagflation, an expected recession, they are all good reasons to be bearish on the euro,” said Stuart Cole, the head macro economist at Equiti Capital in London, before the euro crossed that threshold.” 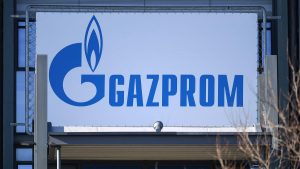 “Gazprom tweeted Wednesday that it “does not possess any documents that would enable Siemens to get the gas turbine engine … out of Canada.”” 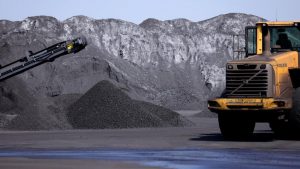 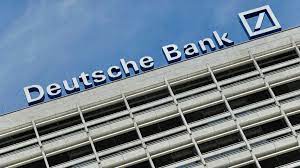 “Germans could switch to wood this winter to heat their homes as Russia withholds natural gas, Deutsche Bank says…

“Deutsche Bank’s assertion that households could turn to wood for heat isn’t without merit. Amid a power outage last winter, Texas households resorted to burning wood and furniture for heat. [Way to sell the concept, DB!] The switch, Deutsche Bank says, would further drive down gas demand in Germany.” 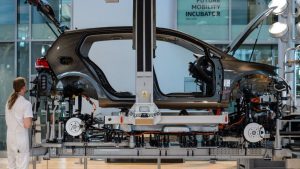 “German investor sentiment collapsed in July, as fears that Germany could be plunged into recession continue to grow.

“With Germany facing huge energy supply issues, as well as interest rate rises from the European Central Bank, the ZEW economic research institute reports that its economic sentiment index has dropped below levels seen during the initial stages of the Covid pandemic.” 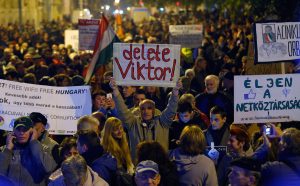 “Thousands participated in demonstrations in response to the changes in Budapest on Tuesday, where protestors successfully occupied one of the main bridges in the capital for several hours before being pushed out by the police. Protests were also held in the cities of Debrecen and Szeged.” 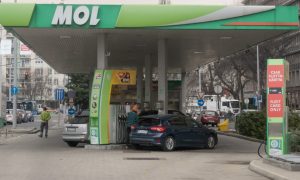 “Hungary will boost its annual production of natural gas… increase the extraction of lignite (brown coal) and put a currently non-functioning lignite-fired power plant back online… Energy exports will be banned, and Hungary’s only nuclear power plant will also increase its production by extending its operating times…” 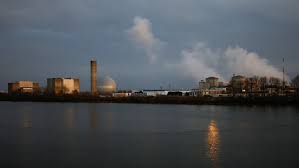 “Can France ensure its energy security this winter?

“…Major cities in France will almost certainly face power cuts this year and the next, one source working in corporate risk management told EURACTIV, speaking on the condition of anonymity. They added that all European governments “are preparing for blackouts” and “energy executives and political leaders are hoping the winter will not be too cold.”” 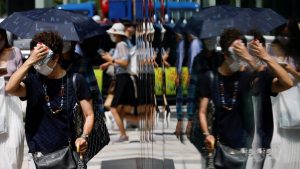 “An energy conservation drive for businesses and households began on July 1 after a request by the Japanese government to avoid electricity shortfalls this summer.” 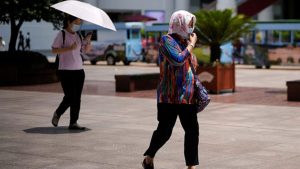 “Scorching temperatures across China have turned deadly, with hospitals reporting patients dying of heat stroke, as officials begin curtailing power to factories to ensure sufficient supply for air-conditioners… China is not alone in facing extreme weather this summer, as climate change pushes the boundaries of what forecasters are used to planning for.” 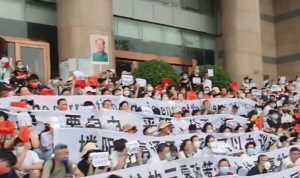 “China’s Henan bank scandal not just a financial crisis, it may be a lasting political calamity: analysts.

“The Henan bank scandal, in which 40 billion yuan (US$6 billion) in deposits disappeared, is more than a Chinese banking crisis – it is a political crisis that could undermine people’s confidence in local governance and also other local banks, according to analysts.” 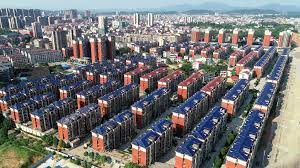 “A rapidly increasing number of disgruntled Chinese homebuyers are refusing to pay mortgages for unfinished construction projects, exacerbating the country’s real estate woes and stoking fears that the crisis will spread to the wider financial system.”

“Argentina’s four main farm associations halted their activities on Wednesday in protest over the policies of President Alberto Fernandez’s administration. The strike comes amid a challenging economic climate marked by fuel shortages in some regions and difficulties in importing fertilizer.” 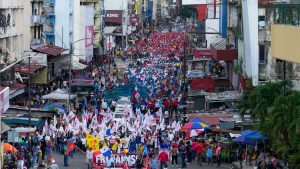 “Thousands of Panamanians took to the street again on Tuesday to protest rising inflation and government corruption, despite the announcement of price cuts for fuel and some food products. The demonstrations… have lasted for two weeks and resulted in some main highways being closed.” 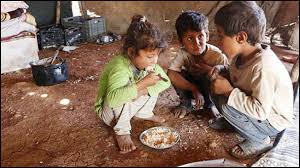 “Famine feared if inflation in Mexico is not controlled, economist says.

“One of Mexico’s most renowned economists is predicting Mexico will reach a 10 percent inflation rate by the end of the year, which would be “disastrous and could lead to famine in some parts of the country.” …Carstens warns prices for basic foods are spiraling upward by more than 13 percent…” 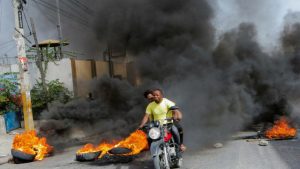 “A week of gang violence in Haiti’s capital has left at least 89 people dead, a rights group said Wednesday, as soaring prices, fuel shortages and gang warfare accelerate a brutal downward spiral in the security situation in Port-au-Prince… Gas stations in Port-au-Prince don’t have any gas to sell, causing prices on the black market to skyrocket.” 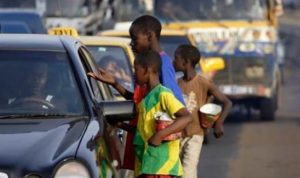 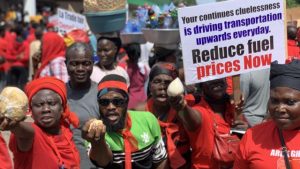 “Consumer inflation in Ghana accelerated to 29.8 percent annually in June from 27.6 percent in May, official data showed on Wednesday, shattering another record while the West African nation talks to the International Monetary Fund (IMF) for support.” 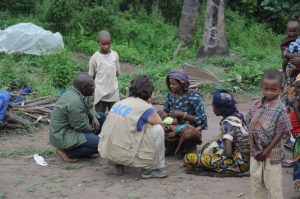 “Cameroon’s agriculture minister, Gabriel Mbairobe, says Biya responded to pleas from civilians that the cost of living is becoming very high, and many Cameroonians are finding it very difficult to put food on the table.” 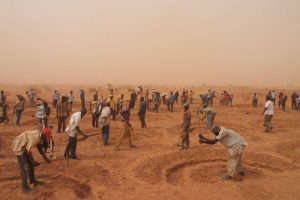 ““As we look at 2023, we know that this will repeat itself. These climate shocks will repeat themselves; food insecurity will remain as acute as it is,” said Patrick Youssef. “It will not end with the calendar year. So, we all will better collectively be prepared for a long haul, for a situation, for a crisis that will certainly increase in size and volume.”” 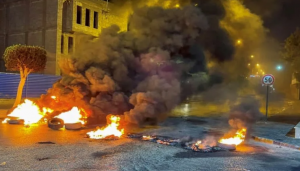 “The people of Libya are enduring electricity cuts of up to 18 hours a day, despite their country sitting atop Africa’s largest proven oil reserves. After a decade of violence, rising poverty and fragmenting government, many have reached the limits of their tolerance.” 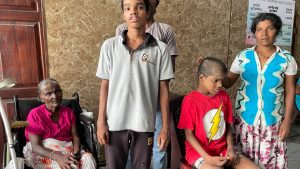 “The food crisis is so acute that the United Nations estimates 70% of people are missing a meal every day and one in five are hungry. It’s a shocking economic collapse for a country once regarded as a middle-income nation, with a strong agricultural sector and burgeoning tourist industry.” 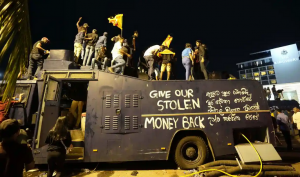 ““The IMF will need a constitutionally mandated government to negotiate with,” said Matthew Vogel, London-based portfolio manager and head of sovereign research at FIM Partners. “The role of the central bank governor now is key and the international community, facing a humanitarian crisis, will have to consider additional emergency aid.”” 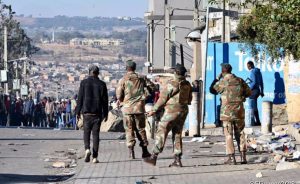 ““We know the lesson of recent history is that one crisis leads to another. We think of the global financial crisis, then the Eurozone crisis. Then look at the Arab Spring and political unrest. These things are connected, and so we can’t just disassociate. The economic and political repercussions are deeply intertwined,” Lipsky explained.”