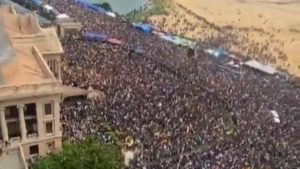 “This increasing level of instability resulting from rising fuel shortages, supply chain disruptions and the rapidly-escalating prices that inevitably result are now creating food shortages that have placed hundreds of millions of individuals in developing nations around the world under a very real threat of starvation.” 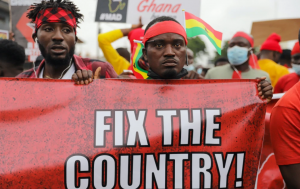 “The world faces a summer of unrest – how and where the chaos spreads is hard to call… Around the world, dissent is simmering and coming to the boil…

“Each place has its own grievances. They are being exacerbated, however, by the same factors menacing the world: post-pandemic inflation and rising interest rates, soaring fuel and food prices.” 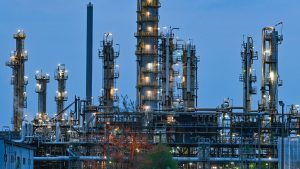 “The Global Energy Crisis May Get Worse, IEA’s Birol Warns.

“A global squeeze on energy supply that’s triggered crippling shortages and sent power and fuel prices surging may get worse, according to the head of the International Energy Agency. “The world has never witnessed such a major energy crisis in terms of its depth and its complexity,” IEA Executive Director Fatih Birol said Tuesday.” 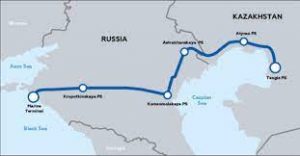 “Western energy majors will cut output and lose billions of dollars if Russia, as is feared, suspends a pipeline that is almost the only export route for oil from land-locked Kazakhstan…

“The closure of the CPC pipeline that carries oil from Kazakhstan to the Black Sea Russian export terminal in the port of Novorossiisk would shut in more than 1% of global oil supply, exacerbating what is already the most severe energy crunch since the Arab oil embargo in the 1970s.” 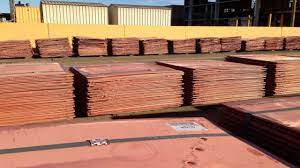 “Plunging prices of commodities are eerily reminiscent of the 2008 global financial crisis and indicate the world is headed for a deep recession, says Societe Generale.

“Copper has plummeted 20.6% since its May peak, while aluminium is down almost 18%, and nickel 30.5%. Prices of agricultural commodities, including corn and soybeans, also have fallen steeply.” 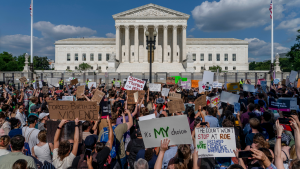 “Is the US starting to resemble an emerging market? Political risk and volatility are on the rise as the country’s divisions begin to deepen…

“I used to scoff at colleagues who, following the election of Donald Trump, predicted that the US would someday splinter into separate states. I am not laughing any more… While US political risk in global comparisons is still relatively low (it ranks 85 out of the 127 countries tracked by Rosenberg), it is now by far the highest of any developed market.”

“The presenter… listed three important steps for what to do immediately afterwards. “Step one: Get inside fast,” she said. “Staying in the car is not an option. You need to get into a building and move away from the windows.” From there she detailed what to do once inside.” 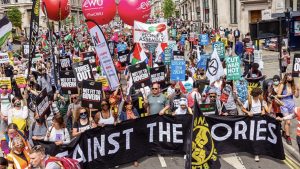 “One in six households in the UK, about 4.4m, face “serious financial difficulties” as the cost of living crisis worsens with inflation at 40 year highs.

“This is an increase of 1.6m households from October last year, with over half of all UK households considering their financial situation to be worse now than during the pandemic, research by abrdn Financial Fairness Trust and the University of Bristol found.” 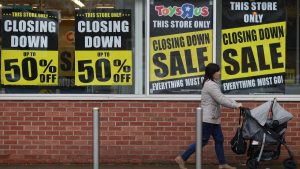 “British companies are preparing for a recession this year as they face the double hit of slowing consumer demand and rapidly rising costs from inflation on their own businesses.

“Multiple companies told the Financial Times they had begun “war gaming” for a recession in recent weeks, with some adjusting medium-term plans for a period of low or no economic growth.” 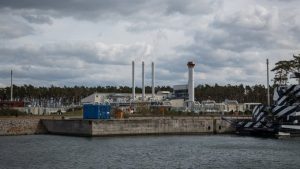 “Europe’s Natural-Gas Crisis Is Worse Than It Looks…

“While the gas market then priced in a short-lived crisis, lasting perhaps a couple of months, it’s now flashing extreme danger for next winter, through 2023 and, increasingly, into 2024. Over the last few days, the whole European gas price curve has repriced at a much higher level.” 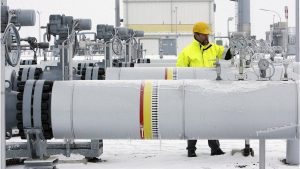 “The doomsday scenario of a winter without Russian gas. Millions of jobs are at risk and gas rationing is on the table as Europe fears the Kremlin will choke off supplies…

“…the lesson of recent months is to prepare for extreme scenarios. Energy experts including Dr Fatih Birol, head of the International Energy Agency, have warned Europe to get ready for cut-offs.”

“France’s energy-intensive companies are speeding up contingency plans and converting their gas boilers to run on fuel oil as they seek to avoid disruption in the event any further reduction in Russian gas supplies leads to power outages.” 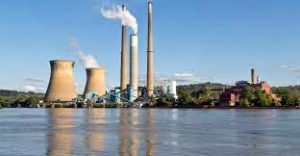 “The hot weather hitting Europe this week is set to reduce power output from France’s fleet of nuclear reactors, risking even higher electricity prices as the continent endures its worst energy crunch in decades.” 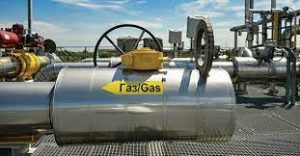 “Russia’s Gazprom PJSC will further cut gas supplies to Italy by about one third, the country’s energy giant Eni SpA said in a statement Monday…

“The one-third cut will further reduce gas supply that has already been curtailed by as much as a half since mid June. It comes as Italy battles with drought and a heatwave that are hitting power generation and as the country struggles to fill storages for the winter.” 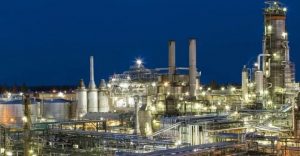 “Austria said on Monday it plans to release fuel from its national reserves for a second time since an accident at the country’s biggest refinery in June prolonged an outage that is set to continue at least for another month.” 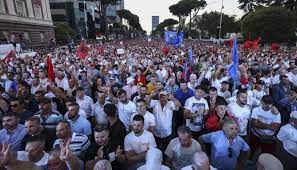 “Albania has seen a hike in the prices of basic food products and fuel linked to the war in Ukraine and the lasting impact of the coronavirus pandemic. The protest was organized by the main opposition center-right Democratic Party…” 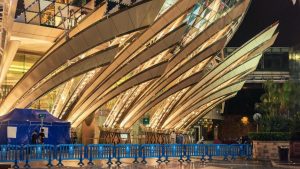 “New infections in Shanghai jumped to more than 60 for Sunday, from near zero just over a week ago, spurring concern the city’s brutal two-month lockdown could be revived. Other metropolises are imposing curbs as outbreaks flare, putting China’s zero-tolerance approach to the virus to the test once again.” 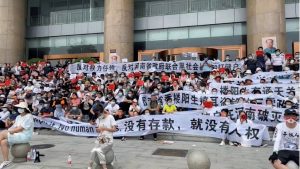 “Protest in China over frozen bank accounts ends in violence.

“A rare large-scale protest in China’s central Henan province has been violently broken up by unidentified security personnel, amid outcry over a financial scandal that has exposed the fragility of the country’s banking system.” 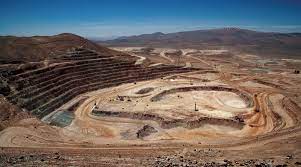 “The Chilean peso has plummeted more than 15% over the last month, briefly hitting 1,000 pesos per dollar for the first time ever, a development that has sparked alarms. Yearly inflation hit 12.5% in June, the highest in nearly three decades.” 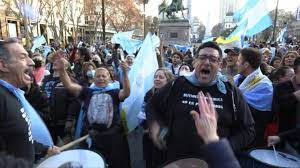 “The South American country, a major producer of soy and corn, is grappling with inflation running at over 60%, huge pressure on the peso currency and spiking gas import costs that are draining already weak foreign currency reserves.” 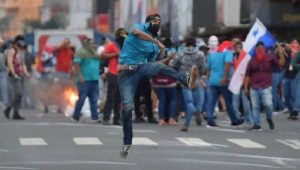 “”I understand the dissatisfaction of various sectors with the situation we are experiencing, caused by the effects of the pandemic and the consequences of the conflict in Ukraine,” Laurentino Cortizo said in a statement.” 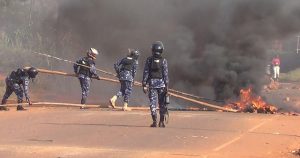 “Fuel prices have skyrocketed in recent months hitting a high of 6,300 Shillings for a litre of petrol and 6,200 for a litre of diesel at pump stations in major towns across the country. This is almost double, the cost of the same fuel product over the last one year.” 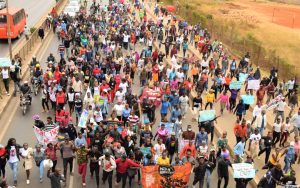 “Currently a packet of maize flour costs Ksh23,0 which is an increase of approximately Ksh100 over the usual price. A 10-roll packet of tissue which used to retail approximately between Ksh195- 280 has skyrocketed to Ksh500. Milk and oil prices have also risen. Kenyans are therefore left wondering how they are going to survive…” 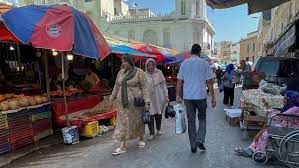 ““There was a period when you could not find flour or semolina, now it’s better but they only give you two packets,” said Khaola, a divorced mother of two teenagers. “There is no sugar, and rice is scarce. Prices are so high, I can no longer afford meat or tuna and I haven’t bought fruit for a month.”” 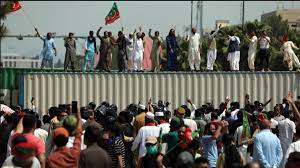 “Amid the deepening economic crisis in Pakistan, the business leaders of the country have warned that the country is heading toward social unrest and fear that it is becoming unsafe for foreign investment due to back-to-back government policies that seek to discourage investors.” 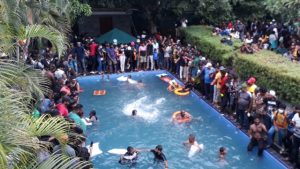 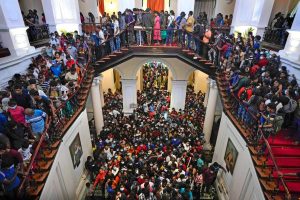 “Sri Lanka’s collapse could be a foretaste of further chaos.

“As an example of what happens when states fail, it is impossible not to look beyond the example of Sri Lanka… When people talk about a return to the 1970s, they are not thinking hard enough. The model which should concern us is the 1930s, and The Great Depression.”

[Except now there are nearly 8 billion of us (versus 2 billion in 1930) on a planet nearing ecological breaking point. The vast majority of us are dependent on increasingly vulnerable, de-localised supply-chains for our sustenance. There are no new sources of abundant, cheap energy to tap and central banks have exhausted their goody bag of financial tricks to juice growth.

In other words, we are, barring a miracle, entering a period of increasingly chaotic de-growth with no means of pulling ourselves out of it and minimal self-reliance capacities to fall back on. At some point de-growth is likely to become rapidly self-reinforcing and slide into a broad, socio-economic collapse.]