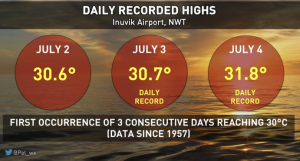 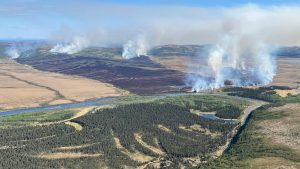 “Part of the Klondike Highway remains closed due to smoke from the Crystal Creek fire, which has grown to more than 1,500 hectares. An evacuation alert issued Sunday for Stewart Crossing, about 15 kilometres from the wildfire, remains in effect.” 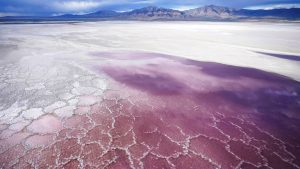 “‘Not the type of record we like to break’: Great Salt Lake hits all-time low, again…

“The lake’s average daily surface water elevation dropped to 4,190.1 feet at the Saltair station, U.S. Geological Survey officials said Tuesday. That is 0.1 feet below the record set in October of last year. Lake level data dates back to 1847.” 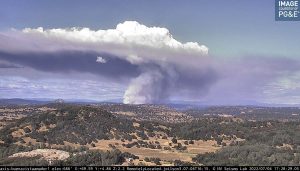 “The fast-moving Electra fire, burning through the dried grasses and steep, rugged terrain east of Sacramento has forced hundreds of evacuations and continues to pose threats to critical power infrastructure according to officials with the California department of forestry and fire protection (CalFire).” 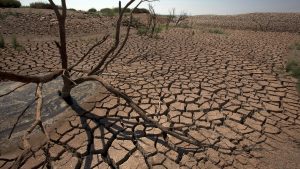 “This summer could possibly be one of the hottest in Texas history, and parallels to the drought in 2011 have been drawn. “The drought that we are experiencing this year is much more hard than the drought that was in this region 10 or 11 years ago,” Marcillo said. “That, for producers, makes them push very hard all of the decisions they want to make.””

“Monday night’s storm is being classified as a once in 1,000 year event in at least parts of Columbia for the amount of rain that fell in a 15-minute and 30-minute period, according to rain gauges in the city. More than 4 inches of rain fell within the span of one hour.” 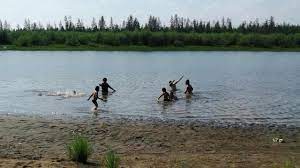 “Tropical nights in the Siberian Arctic! Some of the coldest inhabited villages in the world in the past night(s) recorded tropical nights, in some cases their highest ever. 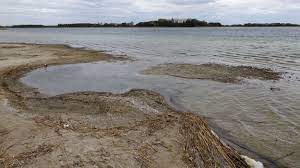 “A sustained recent period of hot, dry weather, which has seen temperatures reach around 38°C (100°F) in some places, has left over half of Poland at serious risk of drought, says Polish Waters, a state agency.

“Over 170 municipalities around the country have introduced restrictions on the use of water, with many Polish rivers and other water supplies running dangerously low.” 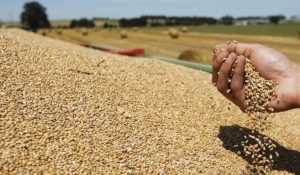 “Wheat yield in Serbia drops 30% due to drought.

“Due to droughts and delays in the fertilisation routine caused by expensive mineral fertilisers, the technological quality of wheat will drop, the expert cautioned. The president of the Union of Farmers’ Associations of Banat, Dragan Kleut, said that producers were not making any profit this year…” 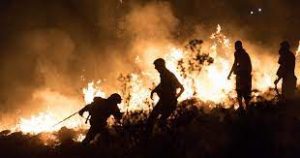 “Delphi Mayor, Panagiotis Tagalis, told CNN that for now the situation is ongoing. “The problem has now moved to the semi-mountainous area of ​​northern Itea. The front, of course, is large and with low vegetation,” the Mayor added.” 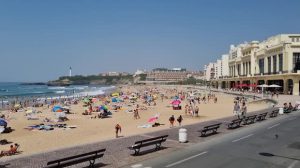 “A €500 million budget to keep cities cooler has been announced after June’s heatwave saw temperatures nudge – or exceed – 40C [104F] across France.

“The south west seaside resort of Biarritz saw its all-time highest temperature of 42.9C [109.2F], and nearly three-quarters of the country’s population, some 45 million people, were issued with red or orange heat alerts.” 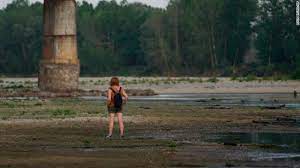 “The cabinet approved a state of emergency in five regions – Emilia-Romagna, Friuli-Venezia Giulia, Lombardy, Piedmont and Veneto – until 31 December, the government said in a statement that also announced a €36.5m (£33.8m) fund to help those affected.” 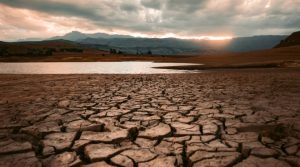 “The researchers found that winters featuring “extremely large” Azores highs have increased dramatically from one winter in 10 before 1850 to one in four since 1980. These extremes also push the wet weather northwards, making downpours in the northern UK and Scandinavia more likely.” 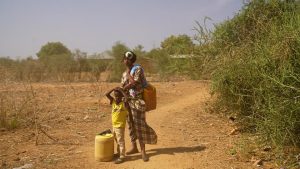 “‘The conflict takes two forms’: How worsening droughts are fuelling tensions in Kenya…

“During times of drought, water resources are diminished and there is less pasture for animals to graze. So herders leave their community with their animals in search of water and land which leads to conflict when they arrive at another farmer’s land.”

“The fire in the forest that is described as one of the most beautiful in the region and home to unique trees and dozens of fauna started two days ago near the Daalo mountain and has not been contained.” 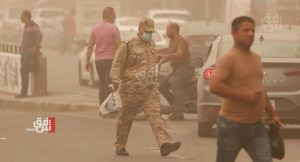 “Iraqis grit teeth, battle on as dust clouds loom over Middle East. Another sandstorm has darkened Iraqi skies and making it hard to breathe…

“Iraq, still recovering from decades of war, is now facing new environment challenges on an unprecedented scale: Since mid-April it has weathered a dozen dust storms that have often shrouded it in an otherworldly orange glow.”

“The Balochistan government has immediately declared an emergency in Quetta district. According to the officials, over 50 mud houses collapsed in Sariab Mills area…” 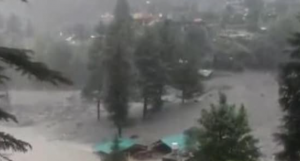 “Himachal Pradesh, which has been witnessing incessant rainfall since Tuesday night, was hit with flash floods in the Manikaran valley in the Kullu district on Wednesday. At least four people are feared dead in the flash floods caused by a cloudburst which wreaked havoc at Choj nullah in Parvati valley of Kullu.” 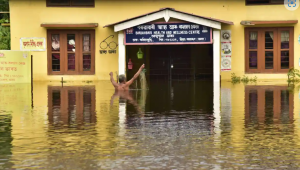 “Cacher Hospital staff have been calling patients who have not kept appointments to check they have enough medication. They have also got into boats to collect people from their homes and bring them to the hospital, and made rafts to take them inside.” 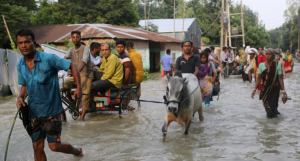 ““It’s extremely difficult to watch your country go underwater, to see your people drown. We are still very angry,” Nawfat Ibshar told Begum. Ibshar organised a protest in the water to draw attention to climate injustice and global inaction on the climate crisis. One protester held up a sign saying: “Up to my neck in the climate crisis.”” 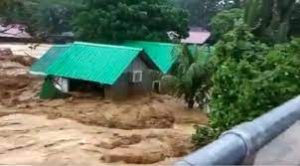 “Johari said although flash floods were common in Kupang, this was the worst to strike the area. “I have been living here all my life, and this is the worst floods ever. Most of the victims had no chance to react because everything happened so quickly,” he said.” 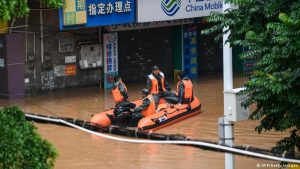 “From the snowcapped peaks of Tibet to the tropical island of Hainan, China is sweltering under the worst heatwave in decades while rainfall hit records in June… The northeastern provinces of Shandong, Jilin and Liaoning saw precipitation rise to the highest levels ever recorded in June…” 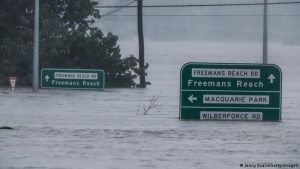 “Record rainfall has displaced 50,000 people from their homes in Sydney, with more than 150 evacuation orders and warnings remaining in place on Tuesday night as the wild weather headed north.

“Parts of New South Wales have had more than 700mm [27.6 inches] of rainfall since the floods hit, while areas of the Illawarra have experienced record July rainfall in a matter of days.” 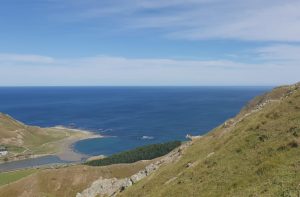 “Ocean modelling from the Moana Project shows the region’s coastlines have been hit by two marine heatwaves since summer, the latest of which was described as “severe” and has only just ended… Marine heatwaves were likely to become more frequent, longer lasting and more intense over the next century, Dr Robert Smith said.”