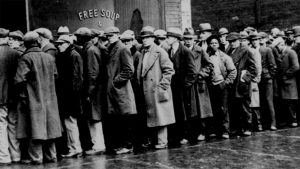 “Many major economies will enter recessions over the next 12 months amid tightening government policies and rising living costs, pushing the global economy into a synchronized growth slowdown, according to Nomura Holdings Inc.

“The brokerage expects the euro zone, the UK, Japan, South Korea, Australia and Canada to fall into recession along with the US, Rob Subbaraman and Si Ying Toh at Nomura said in a research note.” 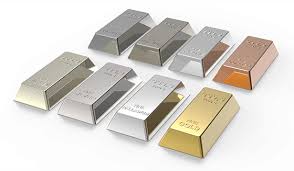 “Investor positioning across the industrial metals has flipped from long to short over the last few weeks, with systematic funds responding to chart breakdowns and downside price momentum by increasing bear bets.” 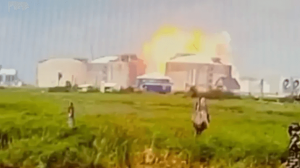 “Shortages of the fuel are rippling throughout the global economy, threatening recessions and a further wave of inflation… In short, natural gas now rivals oil as the fuel that shapes geopolitics. And there isn’t enough of it to go around.” 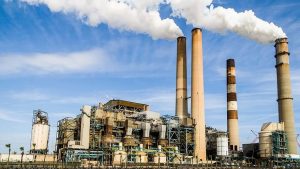 “Some of Britain’s largest industrial users of energy will warn ministers on Wednesday that sections of industry are at risk of closure this winter if there is a severe gas shortage and emergency measures to curb usage are introduced.” 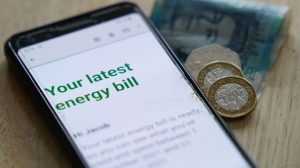 “A UK campaign is calling for 1 million households to pledge that they will stop paying energy bills from October 1, in protest against price increases amid the cost of living crisis.

“The group, run by several anonymous activists, launched its Don’t Pay UK campaign in mid-June and, within a week, has already accrued over 4,000 people who have signed up to support the initiative.” 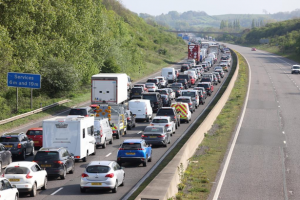 “[UK] Fuel protesters threaten to block oil refineries next after day of disruption on the roads.

“Protest organisers – who are demanding a fairer price for petrol, including a cut on fuel duty from the Government – warned that this is just the beginning of the action. Many raised the prospect of a repeat of the oil refinery blockades that brought Britain to a standstill in 2000…” 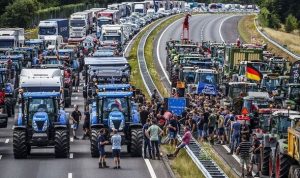 “Dutch farmers angry at government plans to slash emissions are using tractors and trucks to blockade supermarket distribution centers, the latest actions in a summer of discontent in the country’s lucrative agricultural sector.” 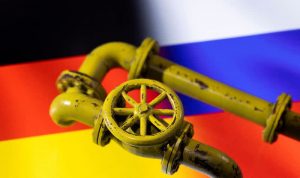 ““We are in a much worse crisis than most people realize,” Jens Kerstan said in a separate interview with the Hamburger Abendblatt on Sunday. He urged people to take shorter showers, avoid full baths, and install modern thermostats and water-saving shower heads.” 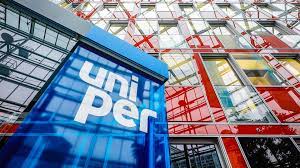 “The German government has drafted a law that allows it to take stakes in companies crippled by the soaring cost of imported gas as tensions with Russia threaten to plunge the country’s power sector into crisis.

“The law, which could be passed by the German parliament as early as this week, would clear a path for the government to bail out Uniper, the largest importer of Russian gas into Germany.” 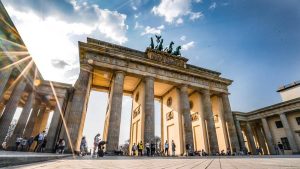 “Germany warns of ‘historic challenge’ as monthly trade slides into deficit… for the first time since 1991 as import costs soar.

““Germany’s trade surplus has now evaporated, thanks mainly to soaring imports, offsetting otherwise decent momentum in exports,” said Claus Vistesen, an economist at Pantheon Macroeconomics, adding that he expected Germany to continue running a trade deficit over the summer.” 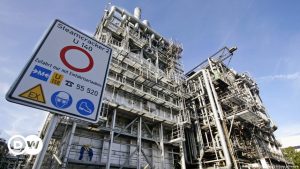 ““Because of the gas bottlenecks, entire industries are in danger of permanently collapsing: aluminum, glass, the chemical industry,” said Yasmin Fahimi, the head of the German Federation of Trade Unions (DGB), in an interview with the newspaper Bild am Sonntag.” 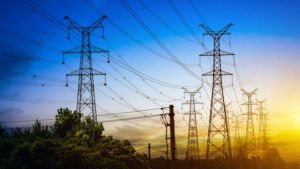 “Eurozone facing recession as investor morale plummets… Recession in the Eurozone is now “inevitable”, a closely-watched survey suggested on Monday, after war in Ukraine and the growing energy crisis caused investor morale to slump. 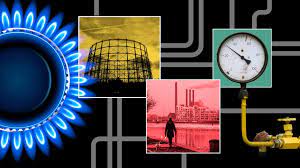 “European electricity prices have reached the highest sustained level on record, as Russia’s cuts to the continent’s gas supplies ripple through energy networks and threaten to cause lasting pain for industry and households.”

“Coal Imports Pour Into Energy-Starved Europe From Around Globe…

“Coal poured into the Antwerp-Rotterdam-Amsterdam region — a huge transport hub for energy and commodities — in the first half of this year, with imports surging 35% to 26.9 million tons compared with the same period last year, according to Kpler.” 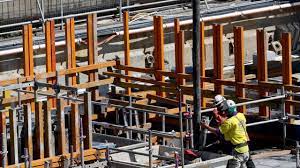 “Matthew Mackey, the Executive Director at engineering giant Arcadis, said the government need to get more involved or face a total collapse of the residential construction industry.” 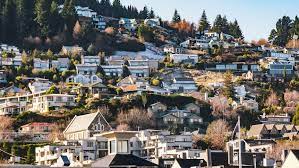 “The Real Estate Institute of New Zealand (REINZ) has released its July survey of licensed real estate agents, which is wall-to-wall bearish and points to further heavy price falls for the nation’s housing market. Below are key indicators presented in the survey.” 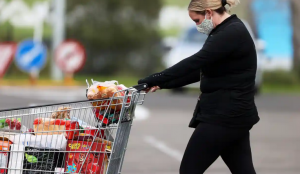 “…people are trying to stretch grocery budgets further, with some going to extraordinary lengths – New Zealand shoppers have ordered groceries from Australia to save money, others have turned to foraging and, more recently, some have reportedly resorted to eating garden snails and using a water spray bottle instead of toilet paper to cut down on costs.” 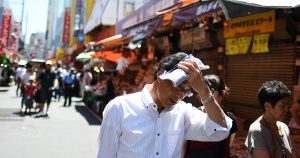 “The slump in the Japanese yen, the war in Ukraine and a heatwave in Tokyo are pushing the world’s third-biggest economy toward a full-blown energy crisis…

“Japan imports about 90% of its energy, mostly priced in dollars, and costs were already soaring from a jump in global oil, gas and coal prices, even before the yen fell to its lowest level in two decades.”

“Shanghai-based Shimao Group failed to pay the interest and principal on a $1 billion bond due Sunday, according to a company filing to the Hong Kong stock exchange. The bond had no grace period for the principal, according to its offering document.” 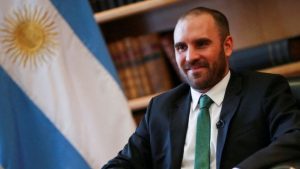 “Argentina has been plunged into further crisis after finance minister Martín Guzmán quit suddenly amid a split within the ruling Peronist coalition, unnerving investors already concerned about spiralling inflation and dire public finances.” 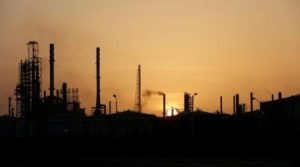 “Unless the problem is fixed quickly, it could become quite grave as Amuay is the only refinery at the Paraguana complex that produces gasoline, and Venezuela has been in the grips of regular gasoline shortages because of U.S. sanctions for years now.” 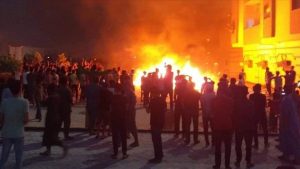 ““The secretary general is following with concern the demonstrations that were held in several cities in Libya, including Tripoli, Tobruk and Benghazi,” the office of Guterres said in a statement. The UN chief called on protesters “to avoid acts of violence and on the security forces to exercise utmost restraint”.”

“The Addis Abeba City Trade Bureau said it has confiscated eight trucks loaded with fuel and belonging to fuel stations for allegedly failing to to allow the fuel trucks to enter Addis Abeba city. The news comes in the midst of dire fuel shortage in the city that saw long queues for fuel…” 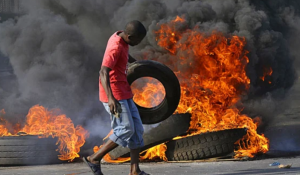 “Thousands of people took to the streets of Maputo, Mozambique’s capital, on Monday to protest against another rise in fuel prices in the Southern African country… Monday’s protests in Maputo paralyzed public transport as vehicles were barred from operating and major roads within the capital were barricaded by the demonstrators.” 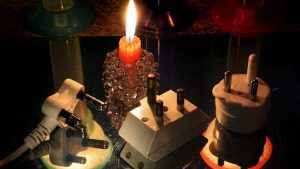 “‘Stage 6’ is a level of power cut on an eight level system which essentially means Eskom will have to take off almost 6000 megawatts (MW) of capacity from the grid, and based on other levels, South Africans could see between six and eight hours of power cut in a day.” 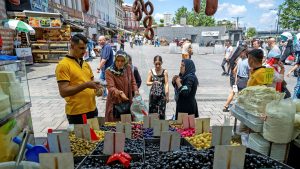 “However, opposition parties and economists said recent hikes in oil and gas prices meant the real rate of inflation was almost double the official figure.” 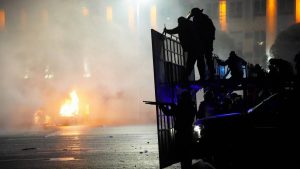 “On Saturday, President Shavkat Mirziyoyev dropped plans to amend articles of the constitution concerning Karakalpakstan’s autonomy and its right to secede. He also declared a month-long state of emergency in the north-western province.” 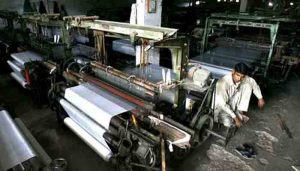 ““It is not possible for us to run textile mills on pricey diesel,” said APTMA “And if the closure continues, the textile exports will witness $1 billion decrease.” The power and gas outages for industries has already resulted in shutting down several textile mills, and led to the termination of thousands of daily-wage workers.” 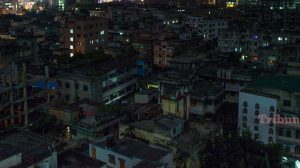 “On Sunday, State Minister for Power, Energy Mineral Resources Nasrul Hamid took to social media to express his regret over recent disruptions in the country’s power supply. In a status on his verified Facebook account, he wrote, “Power generation is being hampered due a shortage of gas. This is disrupting power in many places.”” 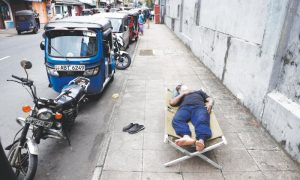 “With no fuel and no cash, Sri Lanka grinds to a halt.

“The cash-strapped nation on Sunday extended school closures because there is not enough fuel for teachers and parents to get children to classrooms, with most pumping stations being without fuel for days… Local media reported there had been sporadic clashes outside fuel stations…” 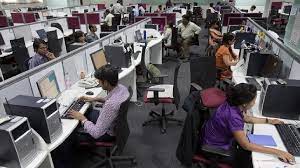 “The company, which offered clients annualised returns of up to 40 per cent to lend out their crypto tokens, said on Monday clients had yanked almost $200mn from its platform in the past three weeks as high-profile failures ricochet through the industry.”