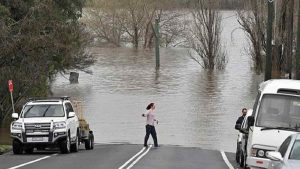 “3 feet of rain sets up 4th round of flood misery for Sydney.

“More than 30,000 residents of Sydney and its surrounds were told to evacuate or prepare to abandon their homes Monday as Australia’s largest city faces its fourth, and possibly worst, round of flooding in less than a year and a half.

Some areas between Newcastle, north of Sydney, and Wollongong, south of Sydney had received more than a meter (39 inches) of rain in the previous 24 hours. Some have received more than 1.5 meters (59 inches). Those totals are near the average annual rainfall for coastal areas of New South Wales.” 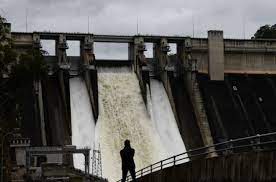 “Sydney’s biggest dam spills the equivalent of the Harbour in one day as rains continue to flood Australia’s east coast.

“Warragamba Dam in Sydney’s south west has been spilling since the early hours of Sunday morning. The dam, which was already at high levels, began heavily overflowing due to the heavy downpour that battered Sydney over the weekend.” 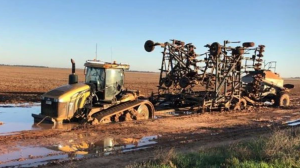 “Farmers in parts of New South Wales are facing losses totalling hundreds of thousands of dollars because record rainfall has stopped them from planting crops. John Barber farms wheat and canola farmer near Parkes, and like many in the central west, has only planted 50 per cent of his seeds.” 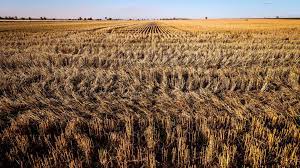 “Argentine wheat crop most delayed in a decade amid drought, exchange says.

“Argentina’s wheat crop for the 2022/23 season is the country’s most delayed in a decade, as a period of drought and coming frosts force farmers to put planting off for better conditions, the Rosario Grains Exchange reported Thursday.” 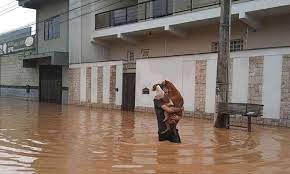 “Heavy rains are recorded in the Agreste and Mata Sul [Brazil]; houses and streets are flooded and families homeless.

“Heavy rains were recorded in cities in the Agreste of Pernambuco in the early hours of Saturday (2). In Lefthotinho, the Left-handed River is well above the normal level, which is considered as a flood quota, according to the municipality’s Civil Defense.” 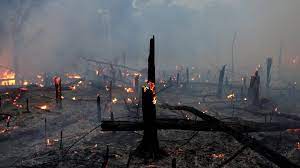 “The Brazilian government published data Friday showing that more than 2,500 fire hotspots were recorded in the Amazon rainforest last month, the highest number for June since 2007—one of the worst years ever for the critical ecosystem… the Brazilian Amazon has lost 1,450 square miles of jungle since the start of 2022.” 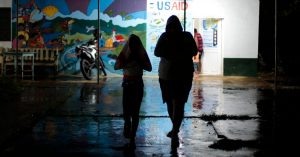 “Tropical Storm Bonnie was upgraded to a category one hurricane on Sunday as it swept towards Mexico after killing three people in El Salvador and Nicaragua, the US National Hurricane Center said.

“The hurricane, the third of the season off Mexico’s coast, is carrying maximum sustained winds of 80 miles (125 kilometers) per hour “with higher gusts,” the NHC said, citing satellite images.” 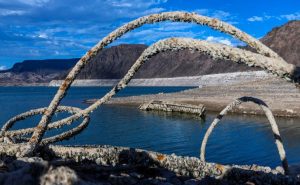 “A sunken boat dating back to the second world war is the latest object to emerge from a shrinking reservoir that straddles Nevada and Arizona.

“The Higgins landing craft that has long been 185ft (56 meters) below the surface is now nearly halfway out of the water at Lake Mead.” 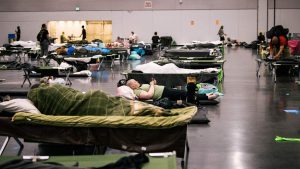 “Summer in America is becoming hotter, longer and more dangerous…

“Summer temperatures in Reno have risen 10.9 degrees Fahrenheit, on average, since 1970, making it the fastest warming city in the nation during the hottest months, according to an analysis by the nonprofit research group Climate Central.” 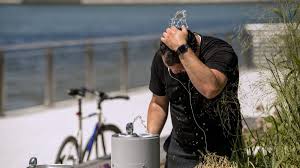 “In the latest heat forecast, AccuWeather predicted that a heat dome could blanket the interior West and suppress the monsoon storms. This is due to the potential all-time high temperatures that will set some areas into its hottest levels recorded this year.” 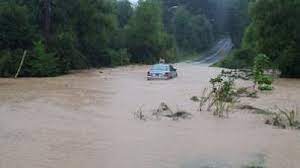 “Silver Spring and Rockville recorded up to 7 inches of rain in just a few hours as streams overflowed, flooding roads and homes… Water levels of some streams shot up over 7 feet in an hour. Sligo Creek near Takoma Park crested at a record high.” 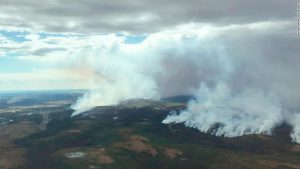 “Largest fire burning in Alaska started from lightning as the state braces for excessive lightning today and tomorrow.

“A serious warning has been posted by the National Weather Service office in Fairbanks, Alaska, this weekend, stating that “significant lightning” is expected both Sunday and Monday across portions of the state already dealing with large, active fires.” 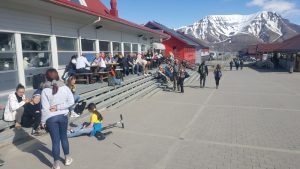 “Warmest June ever at Svalbard.

“Average temperature at Svalbard airport Longyearbyen was 6,0°C, which is 2,4°C above average for June and the warmest ever recorded. The June summary of weather reports by Norway’s Meteorological Institute is a scary read.” 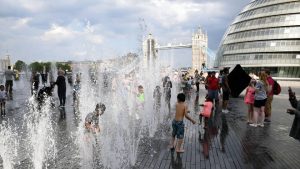 “Britain to swelter in temperatures of up to 41C [105.8F] in record heatwave [just a long-range forecast but startling nonetheless].

“Prediction models for the week starting Monday July 11 show thermometers on an unprecedented hike. A forecast model brought to light by The Weather Outlook predicted a possible temperature of 40C at Bristol on July 14, at 6pm.” 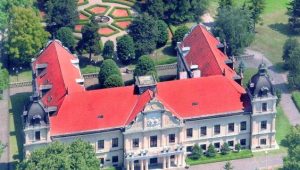 “Slovakia was particularly hit by this European Heat Wave. After setting its June national record of highest temperature, on 1 July more records were broken: 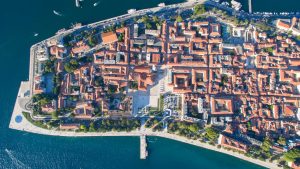 “After a hot June, there is still no respite with Croatia sweltering today with temperatures in the mid-30s° across the country. June was a hot month in Croatia and in Zadar on the Dalmatian coast, it was the hottest June since measurements began…” 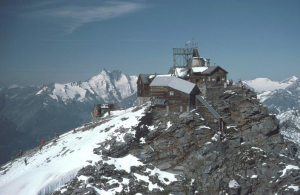 “Dramatic news from the Alps: Mount Sonnblick in Austria (3100m) hosts the mountain observatory with the longest and most reliable climatic data.

“Today the snow depth is 9cm and it’ll probably be gone by tomorrow.”

“At least six dead after huge chunk of glacier breaks off Italian mountain amid record temperatures.

“Around 10 people were reported to be missing after the cascading ice, snow and rock slammed into hikers on a popular trail in the Dolomites on Sunday afternoon… Mr Milan called the recent temperatures [10c / 50F] “extreme heat” for the peak. “Clearly it’s something abnormal.” 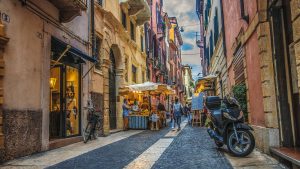 “Municipalities across Italy have begun introducing some form of water rationing after an unusually hot and dry spring sparked widespread alarm. The Po river, Italy’s longest river and its largest reservoir of fresh water, is suffering its worst drought in 70 years.”

“Extreme heat again in North Africa on 2 July with temperatures near or at record levels.

“The brutal heat wave in Central Asia is not just for record daytime temperatures but also record hot nights. 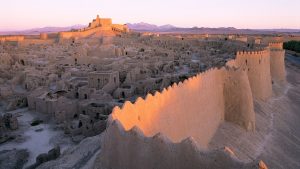 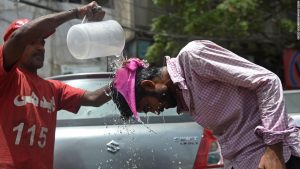 “Since March 2022, Pakistan has been experiencing an unprecedented heatwave and a series of extreme climate events ranging from flash floods to forest fires. Experts have expressed concerns about the catastrophic impact on the health and livelihoods of the most vulnerable and marginalized communities in the country.” 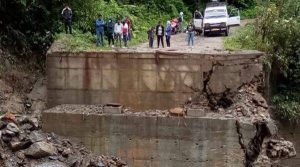 “BRO’s Project Arunank Chief Engineer Brig Anirudh S Kanwar said the bridge on the Koloriang-Huri road, about a km from Lee, was washed away by the flash flood on Saturday. The impact was so massive that only a panel of the bridge could be seen 100 metres downstream, he said.” 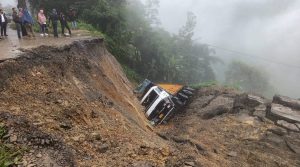 “The death toll in Thursday’s devastating landslide at a railway construction site in Manipur’s Noney district increased to 42, including 27 Territorial Army soldiers, as eight more bodies were recovered on Sunday, while search operations were underway amid hostile weather conditions to locate the 20 missing, officials said.” 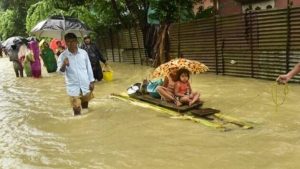 “The Assam’s flood situation remains to be grim on 2 July as 14 more people lost their lives, taking the total death toll to 173 and leaving 29.70 lakh people in 30 districts affected.

“The Brahmaputra, Beki, Kopili, Barak and the Kushiyara are still flowing over the danger mark.” 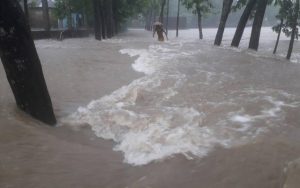 “‘Never seen anything like it’: Victims aghast at severity of floods in Sunamganj [Bangladesh]…

“Administrators, experts and statisticians also believe the damage caused by this year’s floods is the most since records began. Dr Md Enamur Rahman, state minister for Disaster Management and Relief, described it as the “worst floods in the last 122 years”.” 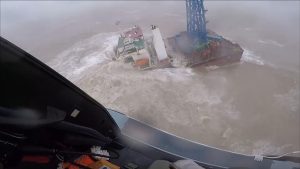 “Gao Shuanzhu, the centre’s chief forecaster said Chaba is expected to lose strength over time and may break the record for cumulative rainfall as it pulls the monsoon rain belt in the region inland… predicting up to 600mm (24 inches) of cumulative rainfall in some areas.” 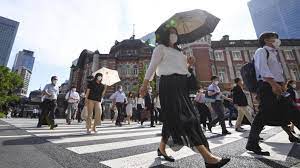 “According to the Japan Meteorological Agency, the mercury hit 35.3 degrees in central Tokyo just after noon, breaking the previous record of eight straight days of high temperatures set in 2015 from July 31 through Aug. 7.” 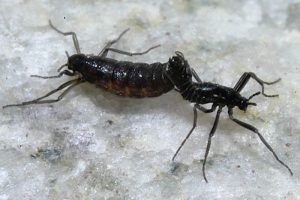 “Antarctica’s Only Native Insect Could Be Destined For Extinction as Winters Warm.

“Over tens of millions of years, the wingless midge Belgica antarctica has perfected the art of freezing itself to push through the darkest and coldest of Antarctica’s winter months, carving out an exclusive niche as the continent’s only native insect.”