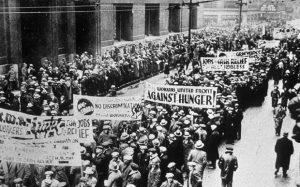 “Stagflationary global debt crisis looms – and things will get much worse.

“The next crisis will not be like its predecessors. In the 1970s, we had stagflation but no massive debt crises because debt levels were low. After 2008, we had a debt crisis followed by low inflation or deflation because the credit crunch had generated a negative demand shock.

“Today, we face supply shocks in a context of much higher debt levels, implying that we are heading for a combination of 1970s-style stagflation and 2008-style debt crises – that is, a stagflationary debt crisis.” 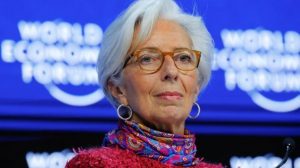 “The world’s top central bankers have warned that the era of low interest rates and moderate inflation has come to an end following the “massive geopolitical shock” from Russia’s invasion of Ukraine and from the coronavirus pandemic.” 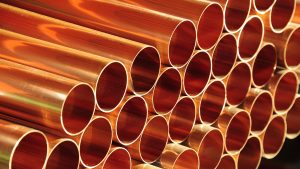 “Commodity Prices Are Dropping. Why That’s a Recession Red Flag…

“Edward Yardeni, president and chief investment strategist at Yardeni Research, told Barron’s that commodity prices offer a good read on the sentiment about the global economy. “Right now they are definitely pointing towards weaker demand for commodities broadly, which could only be because global economic growth is slowing,” he added.” 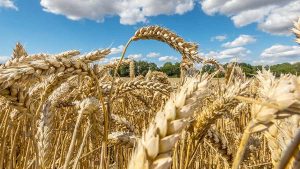 “Even once the war ends, global grain supplies are likely to remain structurally tight, said Nutrien economist Newton. Efforts to slow climate change are driving up demand for crops to produce biofuels instead of food and China is importing dramatically more grain as it runs out of new land for agriculture…” 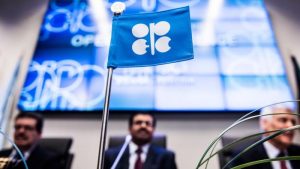 “OPEC+ is more than half a billion barrels behind on its pledge to supply world markets with oil, exacerbating concerns about the group’s ability to balance the global market…

“The group has been struggling for months to deliver the volumes of oil to the market that it has pledged, as some members contend with diminished investment and operational issues.” 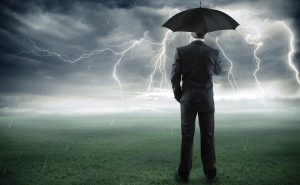 “Executives at electric car marker Tesla, drug maker Novartis and retailer Bed Bath and Beyond are cutting spending or jobs while others are shelving projects or deals as inflation rages and confidence in the world economy wanes. 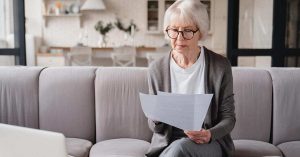 “The U.S. economy shrank at an annual rate of 1.6% in the first quarter of 2022—the first decline since the second quarter of 2020, the Bureau of Economic Analysis reported Wednesday in a worse-than-expected update to last month’s figure, which showed a decline of 1.5%.” 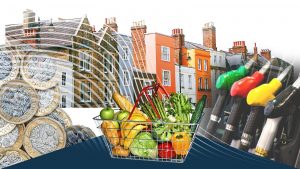 “UK Food Prices are Soaring and Plunging Millions Into Distress.

“…research by the Joseph Rowntree Foundation found that millions of low-income households are going without essentials, falling behind on bills and taking on debts. A £15 billion ($18.3 billion) support package announced by Chancellor Rishi Sunak last month “doesn’t even touch the sides when it comes to the financial problems of low-income families,” the poverty campaign group warned.” 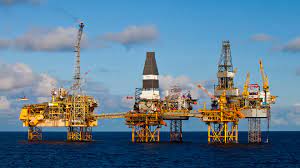 “Britain may stop supplying gas to mainland Europe if the country is hit by extreme shortages in the coming months, it has emerged.

“National Grid could cut off gas pipelines to the Netherlands and Belgium under emergency measures as Russia’s invasion of Ukraine puts pressure on global energy supplies.” 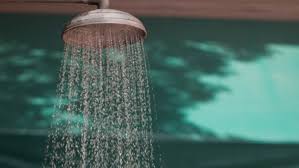 “Europe’s energy crisis is now so severe that Denmark urged its citizens to take shorter showers and dry clothes outside as part of a raft of measures to conserve power and natural gas. 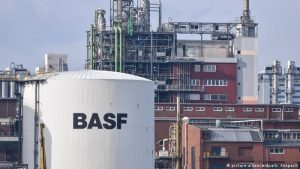 “The threat isn’t just to BASF and its 39,000 employees in Germany. Because BASF and other chemicals companies sit at the beginning of most industrial supply chains, their disruption would reverberate well beyond the sector, threatening Europe’s economy at a time of high inflation and slowing growth.” 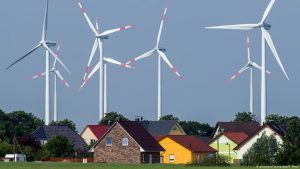 “The day-ahead price in Britain soared 26% to trade at its highest since early March, while the German contract gained 3.2%. Both markets rely heavily on wind to meet increasing consumption. When there’s low availability, more expensive stations that burn gas and coal will have to plug the gap.” 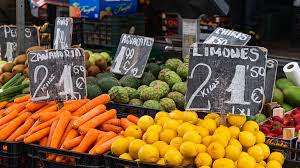 “Spanish Inflation Soars to 10% as ECB Gears Up for Hikes.

“Spanish inflation unexpectedly surged to a record, defying government efforts to rein it in and signaling intensifying price pressure as the European Central Bank gears up to raise interest rates for the first time in more than a decade.” 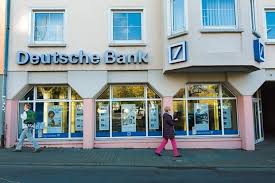 “…equities are discounting a 40pc fall in earnings at current values. This implies a 40pc collapse in house prices, a 9pc-10pc fall in GDP, and a rise in average unemployment to 12pc over the next three years, ceteris paribus. Such an outcome would be the worst European slump in peacetime since modern records began, exceeding the damage of the global financial crisis and the Great Depression (for Europe) in the 1930s.” 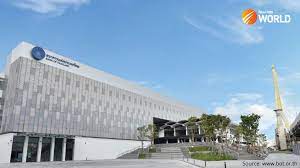 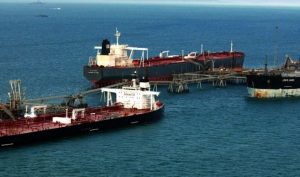 “India Forced to Ship In Gasoline, Diesel as Shortages Arise…

“India’s rush to buy gasoline and diesel has already driven a surge in regional refining margins for both fuels, according to industry consultancy FGE, which said there have been fuel shortages in the states of Tamil Nadu and Gujarat.” 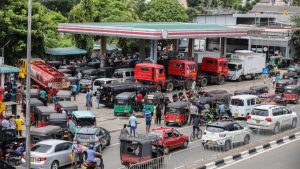 “As Sri Lanka runs out of fuel, doctors and bankers protest ‘impossible situation’.

“Doctors and bankers were among hundreds of Sri Lankans who marched on Wednesday to demand the government resolve a severe fuel shortage at the heart of the Indian Ocean island’s worst economic crisis in decades or step down.” 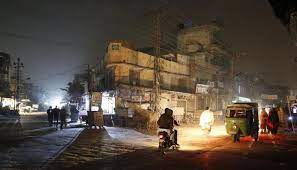 “They also lamented that rapidly increasing fuel prices were placing extra constraints on the provision of generator backup for their base transceiver station (BTS) sites.” 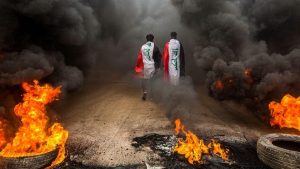 “Lebanese and Iraqi people rank among the world’s angriest populations, according to a Gallup report on global emotions.

“The report, which was published on Tuesday, measured a wide range emotions – including anger – and included data from over 100 countries. One thousand people, all above the age of 15, were surveyed.” 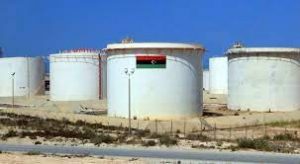 “The drop in Libya’s supply is further tightening the global oil market. Crude prices have soared 50% this year to around $115 a barrel, largely due to the fallout of Russia’s invasion of Ukraine. Many major producers are also struggling to sustain their output.” 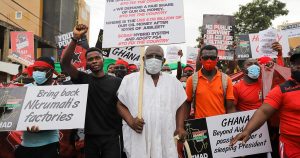 “Ghana’s opposition led a second day of protests Wednesday over the high cost of living and record inflation. Police fired tear gas at protesters Tuesday and made several arrests.

“Clad in red and black, the hundreds of protesters chanted war songs while wielding signs and placards with inscriptions like, “Mr. President, where is our money?” and “the high cost of living will kill us.”” 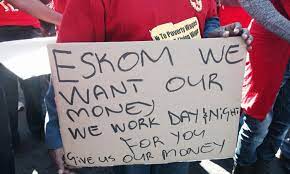 “Labor unrest at South Africa’s state power utility after a standoff over wage negotiations is pushing the continent’s most-industrialized economy toward record blackouts. Acts of intimidation, arson and public violence have occurred at coal-fired plants that supply nearly all of the nation’s electricity…” 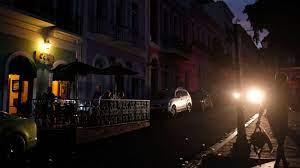 “Officials in Puerto Rico announced another electric rate increase Wednesday, the seventh in a year amid continuing power outages and the U.S. territory’s economic crisis…

“The rate increase will go into effect Friday, angering many on the island of 3.2 million people who just deal with constant power outages blamed on crumbling infrastructure due to lack of maintenance.” 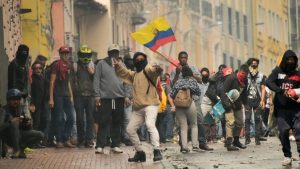 “State-run oil company Petroecuador has borne the burnt, the ministry said in a statement… “In 15 days the state has stopped receiving $166.4 million in the oil sector. Up to now 1,199 wells have been shut, 85% belonging to Petroecuador,” the statement said.” 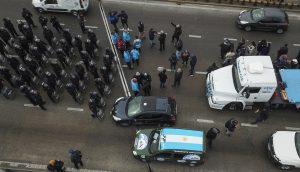 “The provincial Road Safety Agency said truck owner guilds protesting high diesel prices and shortages prevented the passage of loaded trucks on different roads in the province of Santa Fe, home to port city Rosario, the gateway for around 80% of Argentine agricultural exports.” 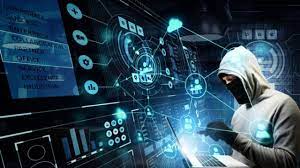 “The Pentagon has released a report titled “Are Blockchains Decentralized, Unintended Centralities in Distributed Ledgers.” The report reveals a plethora of worries about the crypto industry and other sectors, intertwined with blockchain technology, such as big tech, fintech, and security.”