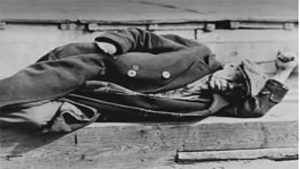 “Global economy ‘flashing red’, warns world’s central bank… the Bank for International Settlements (BIS) used its annual report, released on Sunday, to warn of a global “regime shift” that could lead to a repeat of the economic turmoil of the 1970s… 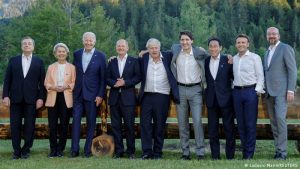 “”All members are concerned about the crisis we are confronting – falling growth rates in some countries, rising inflation, raw materials shortages, disrupted supply changes – these aren’t small challenges,” Scholz said in a televised statement.” 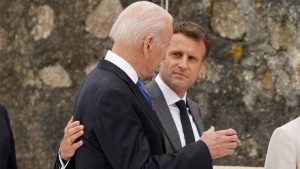 “Macron tells Biden that UAE, Saudi can barely raise oil output… “I had a call with MbZ,” Macron was heard telling U.S. President Joe Biden on the sidelines of the G7 summit.

““He told me two things. I’m at a maximum, maximum (production capacity). This is what he claims. And then he said Saudis can increase by 150 (thousands barrels per day). Maybe a little bit more but they don’t have huge capacities,” Macron said.” 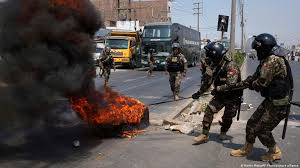 ““With the low income countries, debt risks and debt crises are not hypothetical. We’re pretty much already there,” Reinhart told Bloomberg Television Tuesday.” 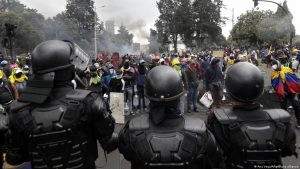 “Rising food costs. Soaring fuel bills. Wages that are not keeping pace. Inflation is plundering people’s wallets, sparking a wave of protests and workers’ strikes around the world.”

“This ‘underappreciated’ black swan could bring fresh chaos to the global economy… “Problems with power grids across the U.S., and other countries are a potential catalyst for chaos in energy markets that are underappreciated,” energy trader Kelly writes in a new analysis.

“She notes that while high-profile commodities like gasoline gets lots of media attention due to readily available price points, electricity lacks liquid benchmark futures…” 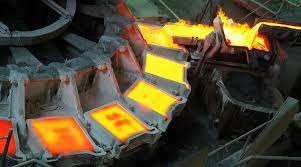 “Metals Haven’t Crashed This Hard Since the Great Recession.

“…prices are [being] pummeled by recession worries. Copper, the great economic bellwether, has ricocheted into a bear market from a record four months ago, while tin just tumbled 21% in its worst week since a 1980s crisis froze London trading for four years.” 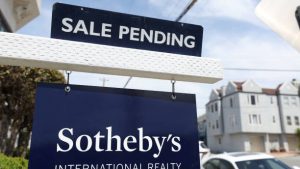 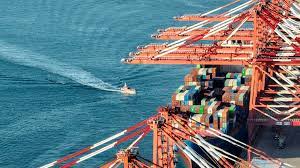 “The housing market slowdown is showing up in shipping data from China.

“Spending cutbacks by the consumer already led to a decrease in Chinese manufacturing orders by U.S. importers of 20-30%, as recently reported by CNBC, and more recent data from U.S. shippers shows the housing market slowdown is now showing up in the Asian supply chain data too.” 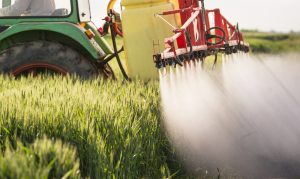 “U.S. farmers have cut back on using common weedkillers, hunted for substitutes to popular fungicides and changed planting plans over persistent shortages of agricultural chemicals that threaten to trim harvests.” 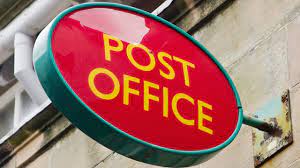 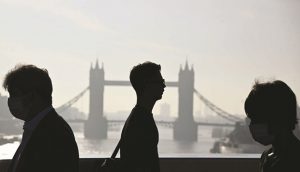 “Britain’s Battered Economy Is Sliding Toward a Breaking Point.

“After suffering from unprecedented shocks in recent years, the nation is succumbing to more intractable problems marked by plodding growth, surging inflation and a series of damaging strikes. The result is a plunge in consumer confidence that analysts warn may lead to a recession.” 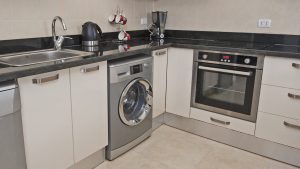 “Brits could be paid to use less electricity at peak times this winter, under plans from the National Grid to reduce the risk of blackouts and boost long-term energy efficiency.

“The company is aiming to establish a scheme to pay millions of consumers with smart meters to ration their usage voluntarily when supplies are scarce, as first reported in The Times.” 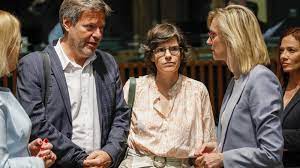 “Germany and five other EU countries commit to solidarity as blackouts loom.

“Germany, Austria, Czechia, Hungary, Poland, and Slovakia have signed a memorandum of understanding (MoU) on risk preparedness and solidarity in the electricity sector as the danger of blackouts becomes more realistic in light of the dwindling energy supplies coming from Russia.” 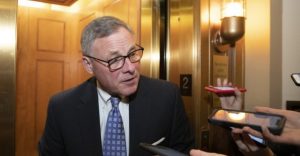 “The outbreak of the war has driven increases in the cost of energy, food and raw materials for which Ukraine and Russia are key suppliers. Inflation rose to 7.9% in May, the highest rate since German reunification in 1990 and well above the 2% target of central banks.” 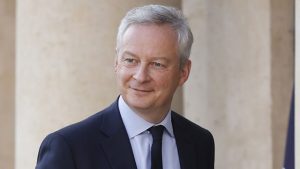 “Until recently, many Western states could borrow at no cost as investors lent them money freely, but the return of inflation and the war in Ukraine have spiked rates.” 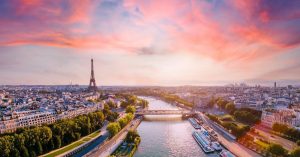 “The bosses of EDF, TotalEnergies and ENGIE have come together to launch an appeal to French customers to limit their energy consumption.

“In a joint statement, Jean-Bernard Lévy, Chairman and Chief Executive Officer of EDF, Patrick Pouyanné, Chairman and CEO of TotalEnergies and Catherine MacGregor, CEO of ENGIE, said: “More than ever the best energy is still the one we do not consume.” 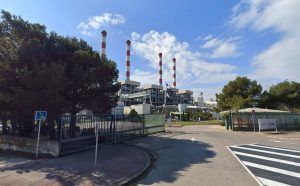 “French power supplies were under threat on Tuesday amid wage strikes by workers at companies like Electricite de France SA, the latest sign of how soaring inflation is impacting the economy… The sector is already suffering from large outages at EDF’s nuclear plants for repairs and maintenance, as well as shrinking Russian gas deliveries.” 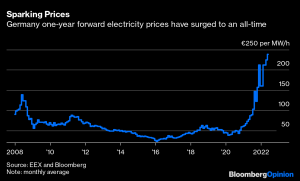 “Many Winters Are Coming. Start Saving Energy Now. Europe’s energy-intensive industries range from aluminum to chicken farming. All will be under threat of closure…

“The European manufacturing sector is crumbling under the weight of sustained high electricity and natural gas prices. With little prospect of relief, another wave of curtailments and closures looms. And that’s before any rationing of natural gas… In that scenario, many companies will have no choice but to shut down.” 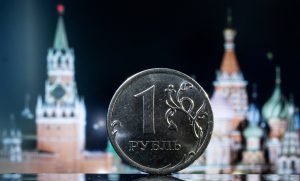 “Russia has sufficient foreign exchange reserves thanks to revenues from oil and gas exports, but escalating sanctions following its invasion of Ukraine have frozen the country out of the global financial system.” 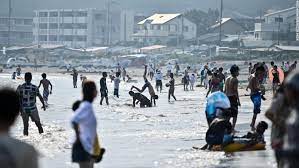 “Japan’s government has warned millions of people in the Tokyo region to save energy or face power cuts, as the capital battles record June temperatures after a premature end to the rainy season.” 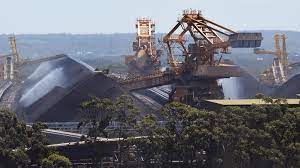 “Spot physical coal at Australia’s Newcastle port jumped 3.4% to a record $402.50 a ton on Friday, according to a biweekly index compiled by IHS Markit seen by Bloomberg. That’s the first time the highly watched spot index rallied above $400.” 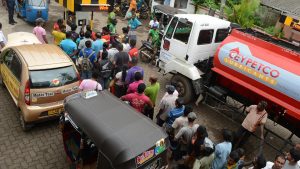 “Energy prices are causing chaos in Asia. Here’s why the rest of the world should worry…

“How these nations respond may be stirring up an even greater problem than rising prices. Under pressure from the public, governments and politicians may be tempted to turn back toward cheaper, dirtier forms of energy such as coal, regardless of the effect on climate change. And there are signs this may already have started.” 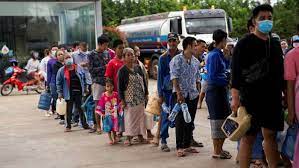 “Laos Is On the Brink of Sovereign Bankruptcy.

“A decade of colossal debt accrual and economic mismanagement by communist authorities in Laos has finally tipped the country towards bankruptcy, with its foreign reserves incapable of meeting its loan obligations without outside help.” 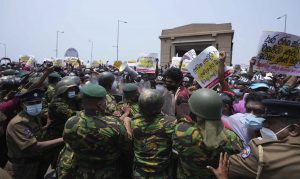 “As fuel reserves hit rock bottom with supplies barely enough for just one more day, government spokesperson Bandula Gunawardana said the sales ban was to save petrol and diesel for emergencies. He urged the private sector to let employees work from home as public transport ground to a halt.” 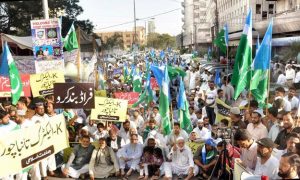 “Protests against load-shedding continued in Karachi on Tuesday, causing severe traffic jams across the city with the roads leading to the country’s biggest port having choked as well.

“Hundreds of heavy long vehicles were seen piled up as major arteries in the area remained blocked. Several areas in Karachi have recently been facing power outages…”

“Eskom Holdings SOC Ltd. will continue power cuts until at least June 29 as worker protests that have delayed maintenance and repairs persist. In a statement, Eskom said that it’s extending the power cuts due to “unlawful and unprotected” labor action at a number of power stations. The protests have been going on since June 23.” 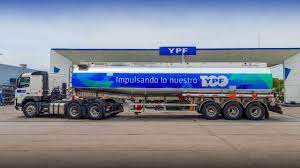 “”Argentina is in trouble because refiners don’t want to pay more for imported oil if they can pay much less for domestic oil,” Perez said. “In addition, the government is pressuring fuel producers not to raise their prices, which keeps refinery margins in check.”” 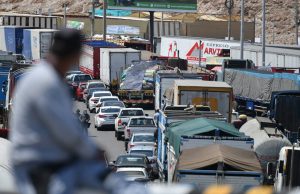 “Peru truckers, farmers to strike over fuel and fertilizer costs…

“”We are firm in plans to strike with all our bases nationwide,” the leader of the heavy load haulage and drivers union Marlon Milla told radio station RPP. The union has 400,000 cargo transport units in 14 of the 25 regions of the country.” 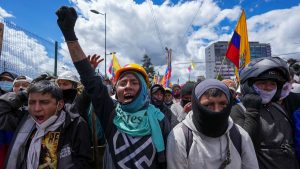 “After weeks of disruptive demonstrations, Ecuadorian President Guillermo Lasso has announced a price cut for gasoline and diesel. However, the reduction is far less than what protesters have demanded… Clashes between police and demonstrators have left at least six dead and scores injured.” 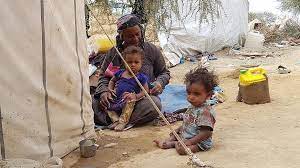 “The WFP provides food aid to 13 million people in Yemen, but the new cuts mean it will only be able to provide five million of them with 50 percent of their daily food requirements, with the remaining eight million only getting 25 percent.”