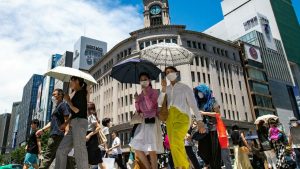 “In a blistering hot June around the Northern Hemisphere, in which heat records have fallen on every continent, Japan is the latest to swelter. On Saturday, temperatures there shot above 104 degrees (40 Celsius) for the first time on record during the month, another clear sign of the sweeping effects of human-caused climate change.” 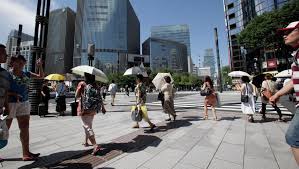 “As parts of the country see record high temperatures, leading to residents being asked to conserve energy to help protect power grids, Japan’s Meteorological Agency said Monday that the rainy season has ended for the Kanto-Koshin, southern Kyushu and Tokai regions.” 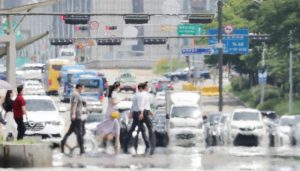 “The figure, recorded at 2:34 a.m., broke the previous record of 24 degrees set on June 19, 1997, according to the Korea Meteorological Administration.”

“Historic day in China: The NE province of Hebei reached a temperature of 44.2C [111.6F] at Lingshou.

“No less than 25 main national stations today had their hottest day ever (for any month). “Also 40.1C at Tianjin and 39.2C in the capital Beijing. 44C+ outside Xinjiang in China is very rare.” 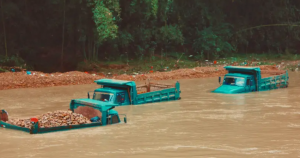 “Several days of heavy rain has caused widespread flooding in Southern China on June 26th 2022. Among the worst affected areas is Guangdong, with parts of Yingde several feet under water. Other provinces affected include Hunan and Jiangxi.” 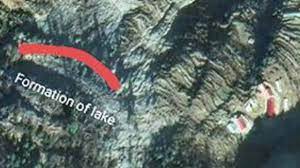 “The official from the Bageshwar district administration, who wished to remain anonymous, told TOI, “Though the water from the lake is seeping naturally right now, it may cause a massive flash flood later, leading to severe damage in settlements along the Pindar and Alaknanda river.””

“Mr. Mukherjee says that, “based on our primary observations, we understand that it is a ‘Moraine Dammed Glacial Lake’ created by glacial retreat due to global warming and by the topographic depression of the terminal and the right lateral moraine of the Zumthul Phuk Glacier…” 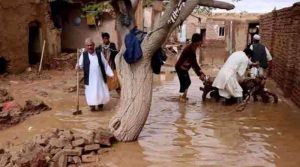 “The Taliban-led government in Afghanistan has confirmed that 400 people have died in the recent floods triggered by incessant rain across the country… The statement added that the floods have also inflicted financial losses.” 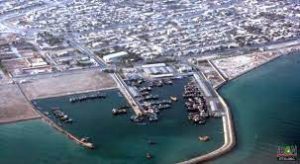 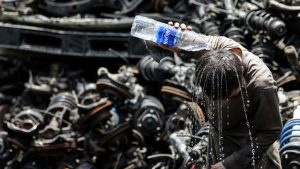 “Although summer has only just begun, temperatures have already topped 50 degrees Celsius (122 Fahrenheit) in parts of the desert region, which is bearing the brunt of climate change. Summer means suffering for anyone working outside, along with risks of dehydration, heat stroke and heart failure…” 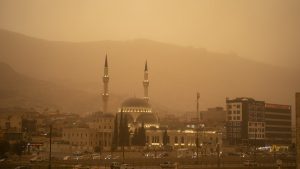 “Images of sandstorms hitting Syria and Iraq once again circulated on social media on Sunday, echoing dramatic scenes that have been repeatedly witnessed over the past three months. A “terrifying dust storm” fell across Erbil yesterday…” 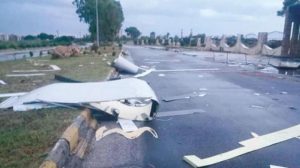 “Two civilians were killed and other wounded in a thunderstorm that swept Syria’s coast and northwestern regions on Saturday. Local media, including state news agency SANA, published photos of the damage left behind by the rain and thunderstorm.” 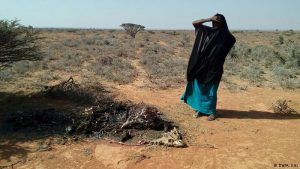 “Is eastern Africa’s drought the worst in recent history? And are worse yet to come?

“Four consecutive rainy seasons have now failed since late 2020, a climatic event not seen in at least 40 years… Forecasts suggest that the September to December rainy season could also fail. This would set the stage for an unprecedented five-season drought.” 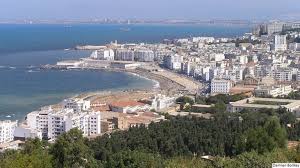 “Mediterranean Heat Wave: The new heat wave in Central Eastern Mediterranean is extending north up to Scandinavia. Today up to 48.9C [120F] in Algeria, 46C+ in Tunisia.

“Tomorrow some monthly records are at stake including the area of Rome (& Vatican City). Very cool in NW Spain & Portugal.” 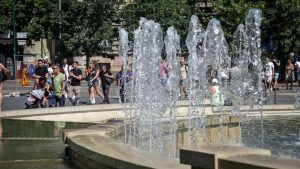 “The mayor of Milan on Saturday announced the northern Italian city’s fountains would be switched off as part of water restrictions imposed due to a drought.

“Beppe Sala announced the measures the day after the wider Lombardy region declared a state of emergency to last until September 30, directing mayors to curtail non-essential water use.” 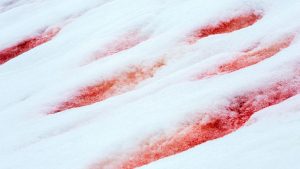 “”There’s a double reason” for studying the algae, Eric Marechal explained. “The first is that it is an area that is little explored and the second is that this little explored area is melting before our eyes, so it’s urgent,” he said.” 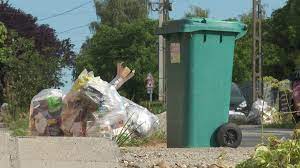 “Hold your nose! Budapest heatwave nudges record temperatures – but the rubbish is uncollected…

“With forecasters predicting that Budapest could reach its all-time high of 40 degrees Celsius [104F], authorities have urged residents to limit their exposure to the extreme heat and stay indoors during the hottest hours of the day.” 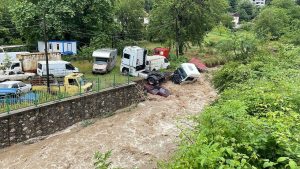 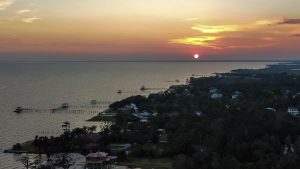 “Another Week of Record-Breaking Heat Scorches Much of the U.S.

“…high temperatures are expected to persist in Texas and across the South into next week, according to the National Oceanic and Atmospheric Administration. The recent heat spell comes on the heels of stifling temperatures last week, creating what has been an unseasonably hot June for many cities in the U.S.” 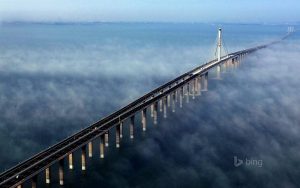 “The record June heat wave in southern Louisiana, with water temperatures edging into the mid-90s on Friday in Lake Pontchartrain and along the Gulf Coast, is serving up a triple whammy of water-related dangers: an elevated risk of intense hurricanes, an increased number of dangerous Vibrio bacteria infections, and more fish kills.

“…the Slidell office of the National Weather Service reported that the average temperature of 88.1 degrees for the seven days ending Thursday marked the hottest June week on record. It beat a previous record in 2012 and marked the 17th-warmest seven days for any time of the year.” 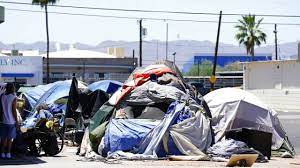 “Sweltering streets: Hundreds of homeless die in extreme heat [US].

“Temperatures are rising nearly everywhere because of global warming, combining with brutal drought in some places to create more intense, frequent and longer heat waves… Just in the county that includes Phoenix, at least 130 homeless people were among the 339 individuals who died from heat-associated causes in 2021.” 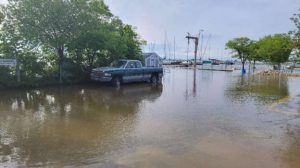 “About a month after historic flooding on Peguis First Nation began to recede, the community in Manitoba’s Interlake region is being hit hard by rising waters once again… Now, roads that had only been cleaned up from flooding last month are again overcome by water…” 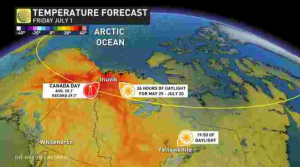 “An all-time heat record is under threat and Hudson Bay’s ice is melting at an astonishing rate as a persistent spell of hot weather roasts the Arctic Circle… Inuvik, N.W.T., could be on track to tie or shatter its all-time hottest temperature on record by Canada Day.” 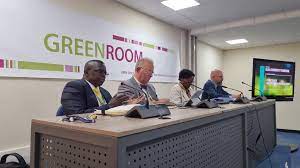 “As deadline looms, countries struggle to agree on protecting nature…

“Progress is “very slow and not significant,” said co-chair, Francis Ogwal, emphasizing a need for compromise on the details of 21 biodiversity protection targets. These range from countries conserving 30% of their territory to slashing harmful agricultural subsidies.”

“Modern agriculture has been built on three key assumptions, says David Barber, a partner at agriculture and food investors Astanor Ventures: Cheap energy, free water and consistent weather. “The whole system does not function without that,” Barber says. “It reveals some of this for the house of cards that it is.””