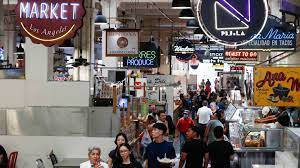 “Global recession probability nearing 50%, leading banks say [How is this even a debate? Purchasing power is evaporating across the globe and most central banks are putting up interest rates. How can this not be potently recessionary?].

“The probability of the world economy succumbing to a recession is nearing 50 per cent as central banks tighten monetary policy and demand for goods weakens, according to economists at Citigroup…

“Deutsche Bank’s chief executive Christian Sewing, too, warned the global economy may be headed for a recession as central banks step up efforts to curb inflation, joining a growing chorus of executives and policymakers who are painting a pessimistic picture.” 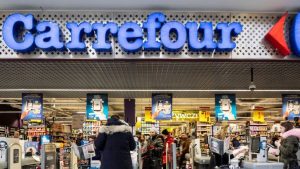 “…political tensions have risen; climate change has entered “another stage of crisis”; the macro-environment has changed dramatically; and the Covid-19 pandemic is still ongoing, Carrefour Chief Executive Alexandre Bompard said at the Consumer Goods Forum’s Global Summit on Tuesday.” 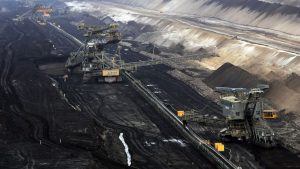 “Global spending on coal projects is expected to surge by 10pc this year amid efforts to bolster energy security as Russia’s war on Ukraine adds to pressure on fuel markets.

“The International Energy Agency (IEA) expects about $115bn (£93bn) to be invested on coal supply chains this year, up from around $105bn in 2021, which was itself about 10pc higher than the previous year.”

“Biden, who campaigned on a promise to reduce dependence on fossil fuels which contribute carbon emissions linked to climate change, is leaning on the industry to curb inflation. Oil and gas companies are reaping higher profits than they have in decades and mostly returning that windfall to shareholders in the form of buybacks.” 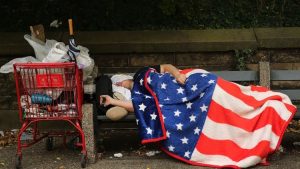 “The US recession is here, and central banks are still fighting the last war.

“The US is either in recession already, or probably will be by early autumn. This has sweeping consequences for the world’s dollarised financial system, for commodity demand, and for global inflation… The Fed… is ignoring an accelerating contraction in real money growth: just as it did, lest we forget, before the Lehman crisis in mid-200.” 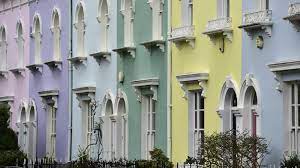 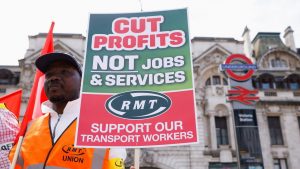 “Britain is “definitely” tumbling into recession, the outgoing president of the CBI warned after inflation surged to a new 40-year high amid the worst industrial strife for decades…

“The crunch is spreading across the globe with Jerome Powell, chairman of the US Federal Reserve, admitting that a recession is “a possibility” in the world’s largest economy.” 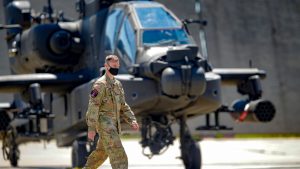 “NATO set to agree biggest overhaul of defences since the Cold War – including expansion of 40,000 strong response force…

“Russia’s invasion of Ukraine – which is not in NATO – has triggered a fundamental rethink in how the alliance deters President Vladimir Putin from attacking any of its 30 member states, according to interviews and briefings with half a dozen military officers and diplomats.” 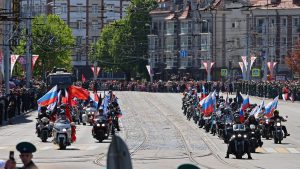 “Kaliningrad exclave has become the catalyst for a simmering diplomatic showdown.

“Lithuania wraps around its north and east; to the south lies Poland. In other words, Kaliningrad is a chunk of Russia sitting firmly within the bounds of the EU. A fox living quietly within the hen house… Lithuania’s Prime Minister, Ingrida Simonyte, said that “any talk of a blockade is a lie”.” 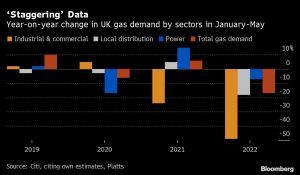 ““There has already been 15-20% gas demand destruction in Europe due to high prices, and countries are preparing to reduce demand further,” said Marco Saalfrank [of] Axpo Solutions AG. In the UK alone, industrial gas use has fallen by about 49% through May, which is “staggering,” according to Citigroup Inc. It’s a worrying sign for the continent’s economic growth, with countries already struggling to contain increasing inflation rates.”

“Euro zone business growth has slowed significantly this month – and by much more than expected – as consumers concerned about soaring bills opted to stay at home and defer purchases to save money, a survey showed on Thursday.” 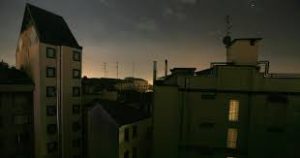 “As northern Italy swelters in temperatures of up to 36C with high humidity, a massive increase in electricity usage for cooling day and night has reportedly pushed the city’s electricity grid beyond its limits… Milan is already among the European cities with the highest electrical power requirements per square kilometre, equal to five times that of Rome.” 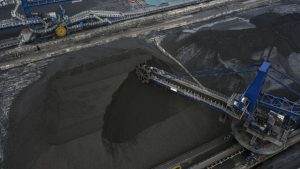 “China Could See Another Power Crunch This Summer…

“Faced with power shortages last autumn, Chinese authorities ordered an increase in domestic coal production as global coal prices soared. However, Chinese miners are looking to meet the required quantity regardless of the quality, which is often low and less efficient when burnt at coal-fired power stations.” 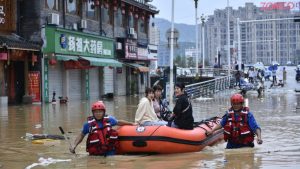 “China’s manufacturing hub of Guangdong raised its flood warning to the highest level due to the worst rains in decades, spurring more evacuations and threatening further supply chain disruptions in an economy reeling from Covid-related lockdowns.” 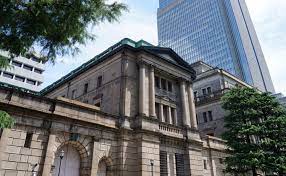 “The BoJ has no theoretical limit on its ability to purchase government debt with freshly minted yen, but the growing yield gap with other developed economies has pushed the country’s currency to a 24-year low against the dollar.” 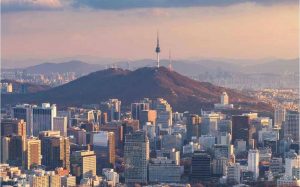 “South Korea’s won fell below the psychological threshold of 1,300 per U.S. dollar for the first time in 13 years, amid global economic recession worries and the dollar’s strength, but traders said market sentiment was relatively calm.” 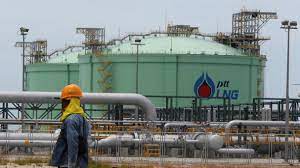 “Thailand at Risk of Fuel Shortages With Imported Gas Too Pricey.

“Thailand is curbing imports of liquefied natural gas due to surging prices, potentially putting the country at risk of fuel shortages. State-run importers cut purchases of LNG from the spot market because of skyrocketing prices and limited availability, according to traders.” 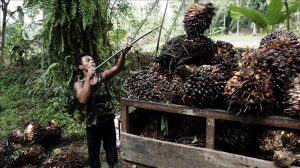 “A hoped-for recovery in Malaysian palm oil output in the second half of the year is looking unlikely as the world’s second-biggest grower continues to struggle with shortages of fertilizer and workers.” 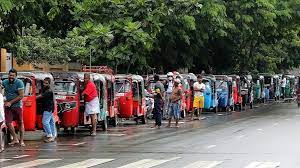 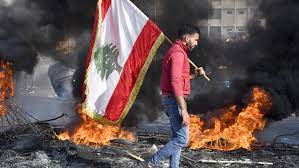 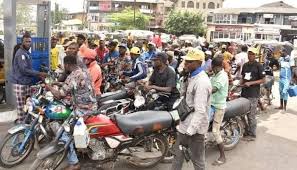 “According to Bloomberg, the monthly fuel import bill for Ghana jumped to $450 million in May, from $250 million in January, according to two people with knowledge of the matter… The Bank of Ghana is only offering about $100 million a month at its foreign exchange auctions, and licensed bulk distributors can no longer plug the shortfall in the black market…” 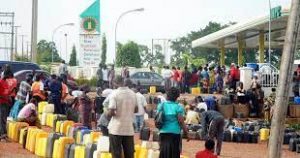 “Speaking to The Whistler on Tuesday, a resident of Dutse who gave her name as Tolu, “Anyone that is in this country will know that fuel scarcity is one problem that a lot of taxi drivers are currently facing. It makes it very difficult for commuters to get to their different place of work.” 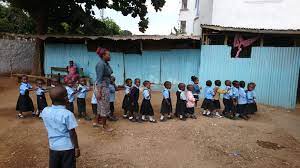 “‘People are hungry’: food crisis starts to bite across Africa.

“Ezra Ngala, an informal construction worker, is struggling to make ends meet in a slum in Kenya’s capital, Nairobi. “I am trying to survive,” he says while explaining that he cannot feed his wife and four-year-old son… There are concerns that higher food prices could fuel unrest in poorer countries…” 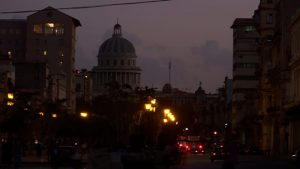 “Cubans sweat in the dark as government scrambles to end blackouts.

“…a convergence of pressures from high fuel prices to the lingering economic toll of the pandemic are now straining the country’s already frail grid. “It’s like a perfect storm,” said Cuban economist Ricardo Torres. “Now summer is here and the blackouts are back.” 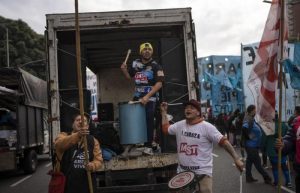 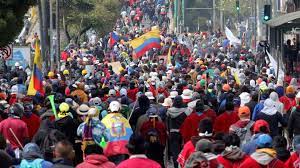 “Violent protests against the economic policies of Ecuador’s President Guillermo Lasso have paralysed the country’s capital and other regions, but the government on Wednesday rejected their conditions for dialogue. Quito is experiencing food and fuel shortages after 10 days of demonstrations…”